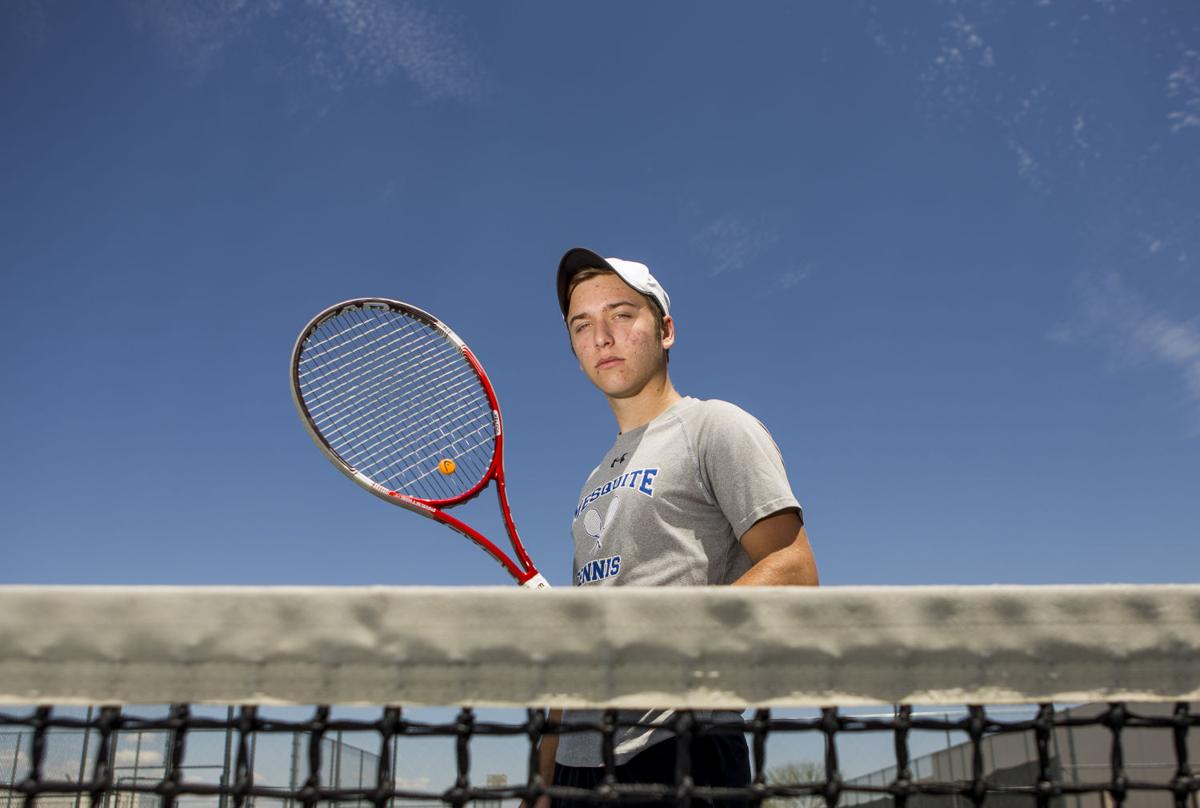 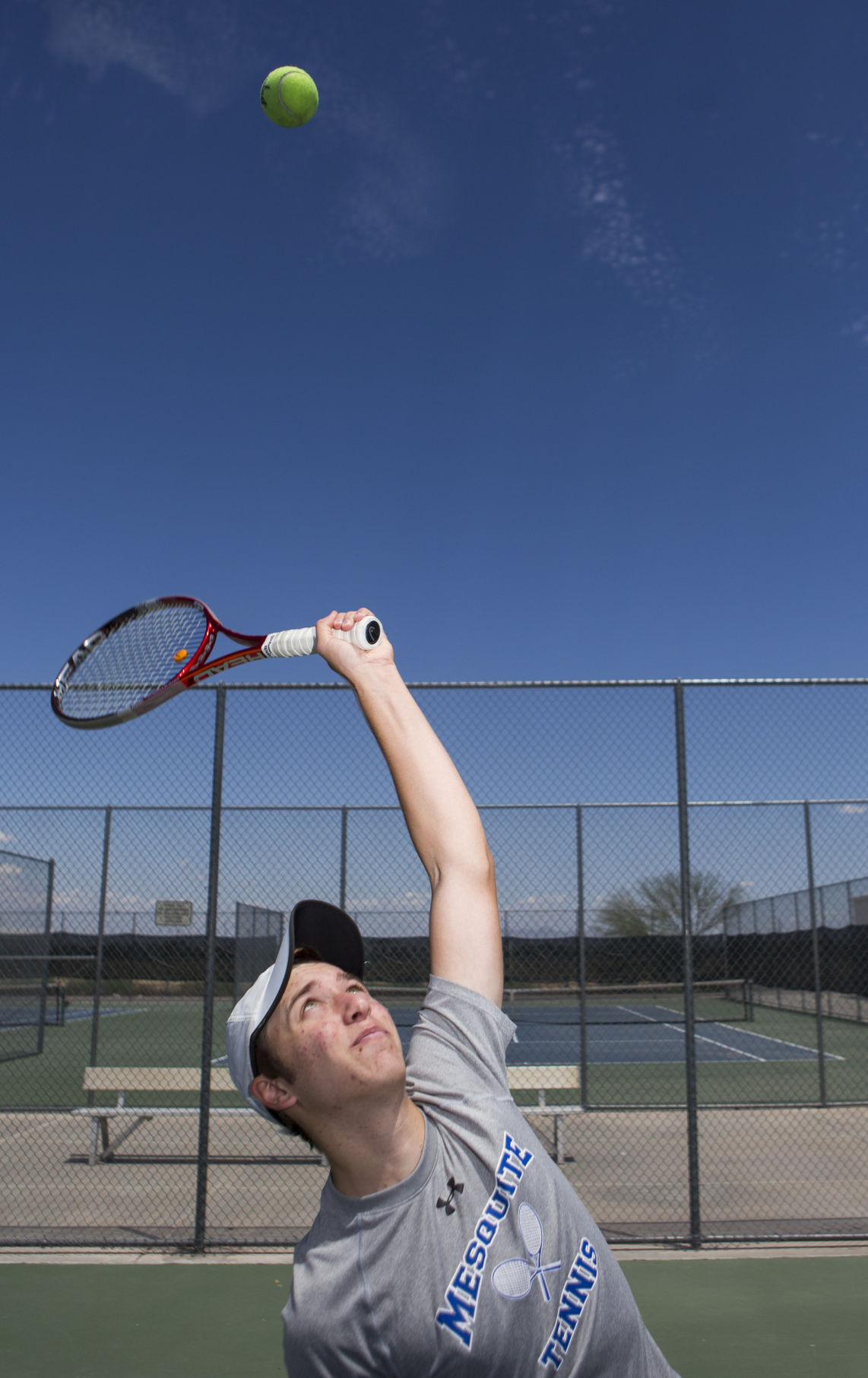 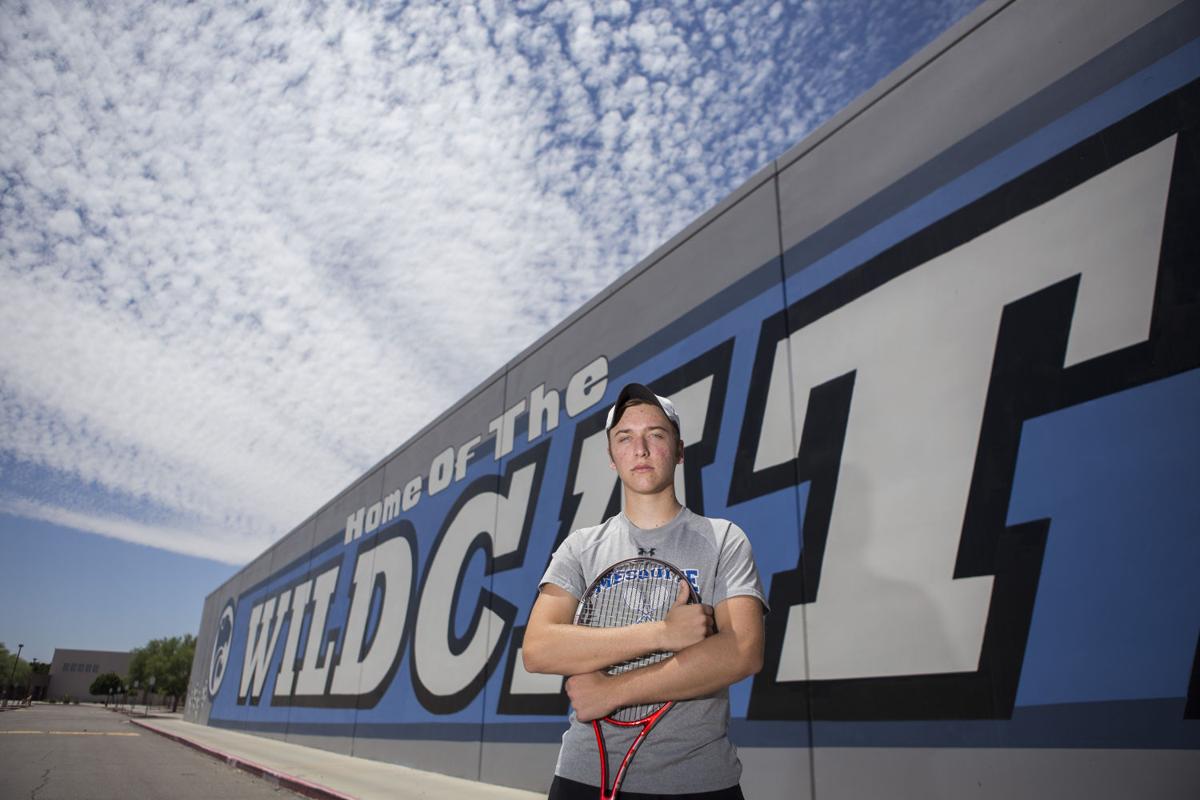 He was 7 years old and bored. It was summer, and Daniel Hollands needed something to do.

Then his parents came up with an idea — tennis camp at Kiwanis Park in Tempe.

“I was mainly bored, looking for something to do,” the Mesquite senior said. “They signed me up for tennis camp, and I came back the first day asking if they could sign me up for the next week, too. I’ve been playing ever since.”

It led to a quality career at Mesquite as Hollands was named the Tribune Boys Tennis Player of the Year for the second consecutive season.

He finished third in Division I singles this season after doing the same as a junior.

“I played about as good as I could after I saw the bracket,” said Hollands, who lost in the semifinals to eventual champ Jarod Hing of Horizon. “Jarod improved a crazy amount in the past year. I knew it wasn’t going to be the greatest match. He plays non-stop and plays at the national level.”

He came back to beat Corona del Sol’s Chris Steele for third to end his career with a victory.

After that, all he had left to do was take a few finals and prepare his valedictorian speech before heading to Cornell where he plans on studying chemical engineering with a focus on food production.

“My main goal was not to make people fall asleep,” he said. “I looked at everyone’s eyes and they were open. That’s success in my book.”

Daniel Hollands   Mesquite  The senior has set the standard in the East Valley the last two years.

Chris Steele        Corona del Sol   Had an extended battle with Hollands for third place and came up just short.

Jesse Miritello     Mesa Mtn. View   Only other area player to make the Elite Eight after coming in the as fifth seed.

Freddie Wentling   Hamilton           Had a solid regular season — seeded 8th at state — but was upset in the third round.

Zach Lawson/Eli Imadali   Corona del Sol  Had the best regular season, earning the 6th seed at state, but were upset in the round of eight.

Jordan Yeager/Kyle Vance    Perry   They made the Elite Eight before being booting by second-seeded tandem from Brophy.

Alex Jing/Zach Frampton      Corona del Sol    These two also made the Elite Eight after getting on a roll by knocking off the fourth seed from Liberty.