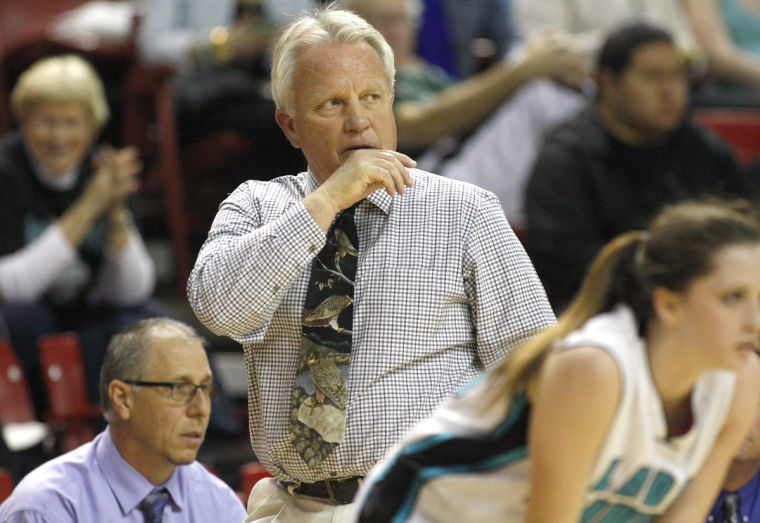 Highland coach Miner Webster looks on as his team takes on Pinnacle in the Division I semifinal game at Wells Fargo Arena, Thursday, Feb. 21, 2013 in Tempe. [Tim Hacker/Tribune] 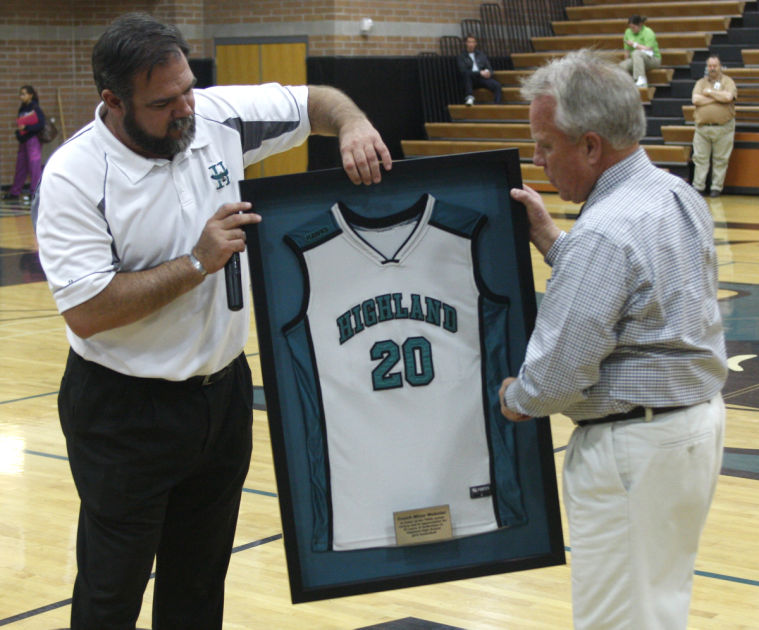 Highland coach Miner Webster looks on as his team takes on Pinnacle in the Division I semifinal game at Wells Fargo Arena, Thursday, Feb. 21, 2013 in Tempe. [Tim Hacker/Tribune]

Miner Webster has gone and done it.

The long-time girls basketball coaching legend became Arizona’s all-time leader in wins on Friday with a 54-32 win over Desert Vista.

It gave him his 779th career win between his time at Gilbert and Highland highs, surpassing Winslow’s Don Petranovich in his 29th year.

"Thanks to the girls, all the girls from the 29 teams," Webster said after the game. "We're all a team. That's what it's about."