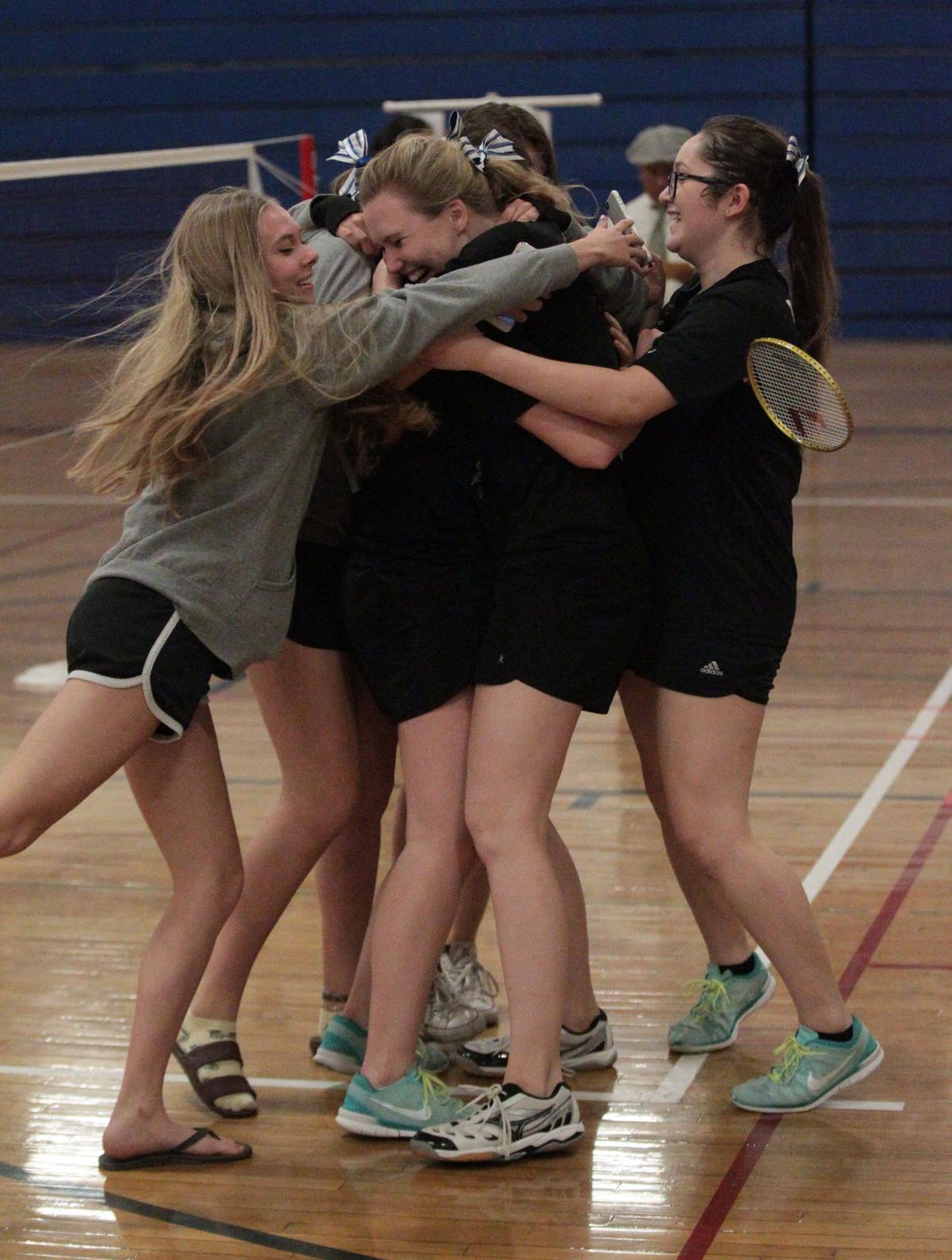 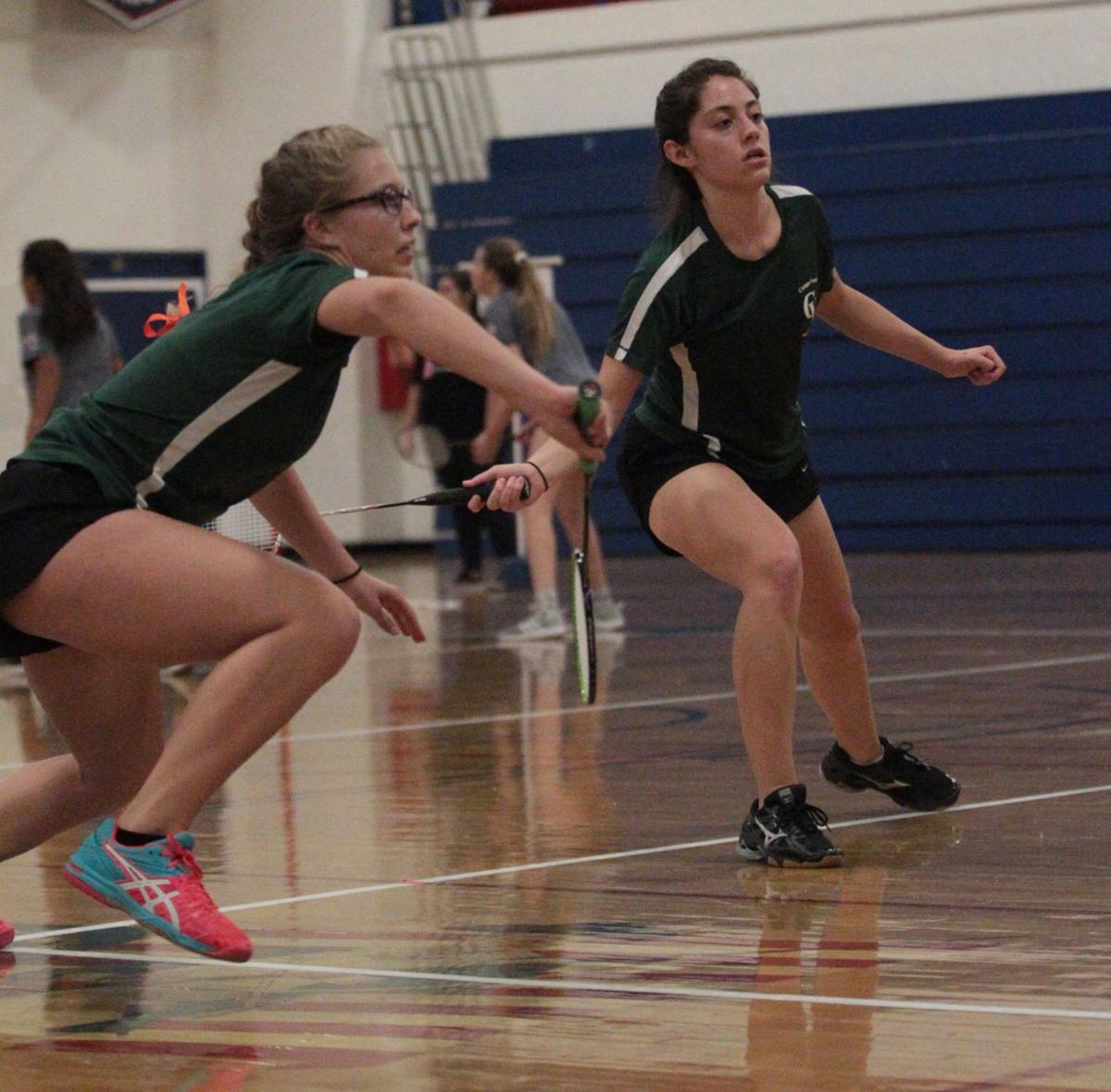 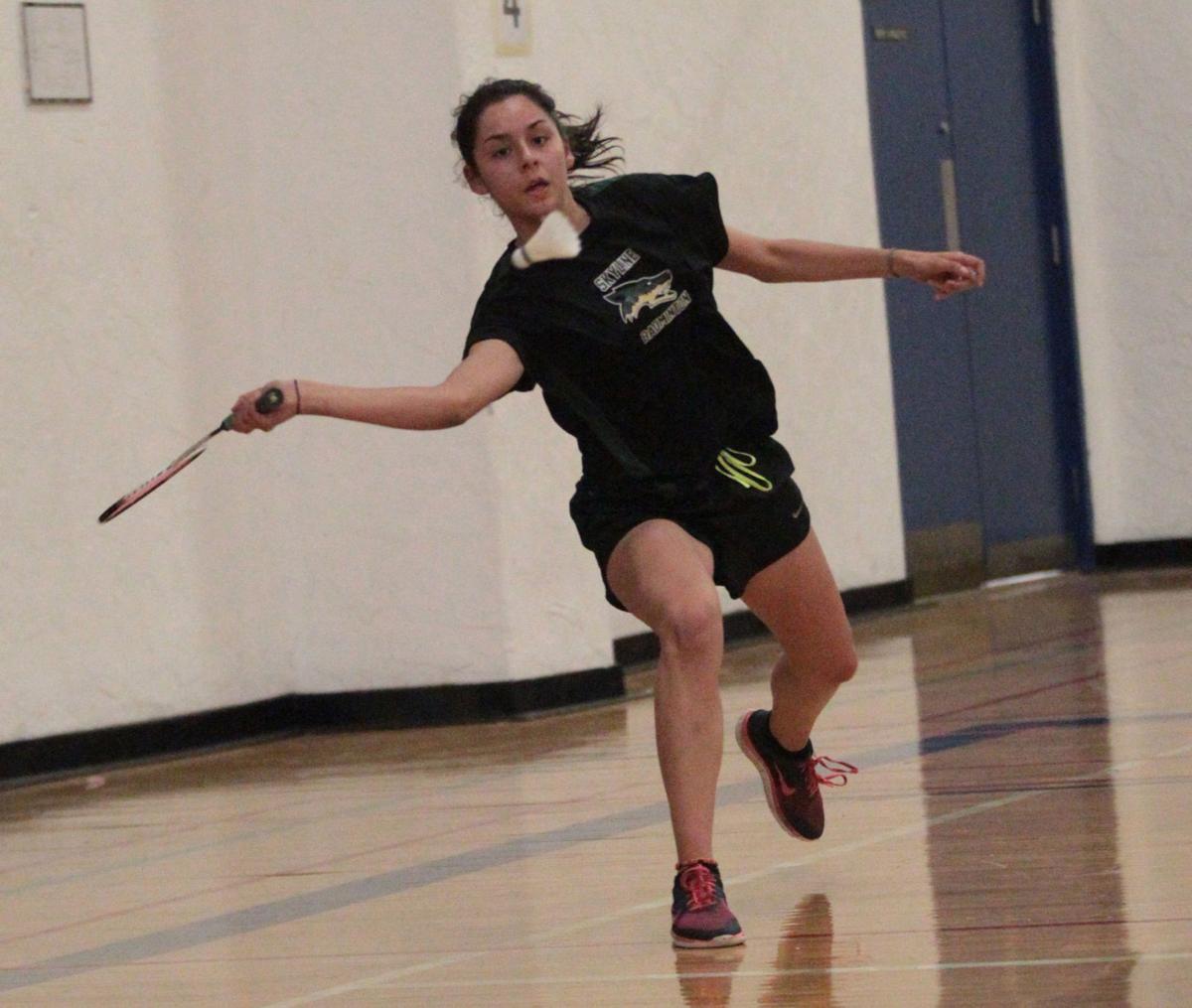 Denise Nieves of Skyline retrns a shot during the Div. 1 finals.

Denise Nieves of Skyline retrns a shot during the Div. 1 finals.

The 2016 state badminton tournament is ready to tip off on Monday as qualifying teams now focus their sights on the state championship after the individual tournament ended on Saturday.

The top four seeds for both Division I and II will host the first and second round of the tournament, which will conclude with the final two teams in each division meeting on Thursday at Desert Vista High School where the opportunity to hoist the trophy will be on the line.

Several area teams earned top seeds as Perry is No. 2 in Division I, Skyline is No. 3 and Desert Vista is No. 5. Mesquite is the top seed in Division II and Campo Verde is seventh.

For teams such as Perry, which lost only a close match to top-ranked Xavier, the team is calm among the excitement.

“Our team is strong and ready, the anticipation is high, but we don’t have anxiety,” Perry senior Katie Cross said. “We're going to use the momentum the regular season has given us, as well as consider all of our mistakes, before the state tournament.”

Head coach for the Pumas, Larina Johnson, explains that the motivational factor for her team proves that even the simplest of messages can go a long way.

“Our message that motivates us is ‘East Wall,’” Johnson said. “That is the wall that is designated for a state championship banner. The girls themselves know it is in reach and have been supportive of each other and worked hard to make each other better.”

If the Pumas are able to run the table and hoist the trophy, it would be the first-ever championship for Perry.

The Coyotes of Skyline are also looking to capture the school’s first state championship. Currently ranked third, Skyline fell just one time this season at the hands of second-ranked Perry.

For first year head coach Erik Lutz, relying on the senior leadership has been beneficial for the girls throughout the season and heading into the state tournament.

“We have a core group of seniors that have been building up to this and they want that state title bad,” Lutz said. “I have relied on the seniors to be leaders and to be more of a support to make the whole program better.”

It is safe to say that the Coyotes are a confident bunch.

Skyline took its 13-1 regular-season record to the regional tournament to face off against other Mesa school district teams. It was there where the Coyotes showed dominance, capturing the region championship.

“We just need to keep doing what we are doing,” Coyotes senior Denise Nieves said. “We have always been striving for more and now we just have to go out and get the big ‘W’.”

Both Perry and Skyline have found themselves on the same side of the bracket for the state tournament. If both were to move past their second-round opponent, the two powers would collide in the semi-final match.

For now, the Coyotes look to stick to their game plan all season long.

Meanwhile, for the Pumas, making smart decisions on the court will prove to be the difference maker.

“We intend to play smarter, not harder,” Cross said. “I have no doubt that will carry us through the finals.”