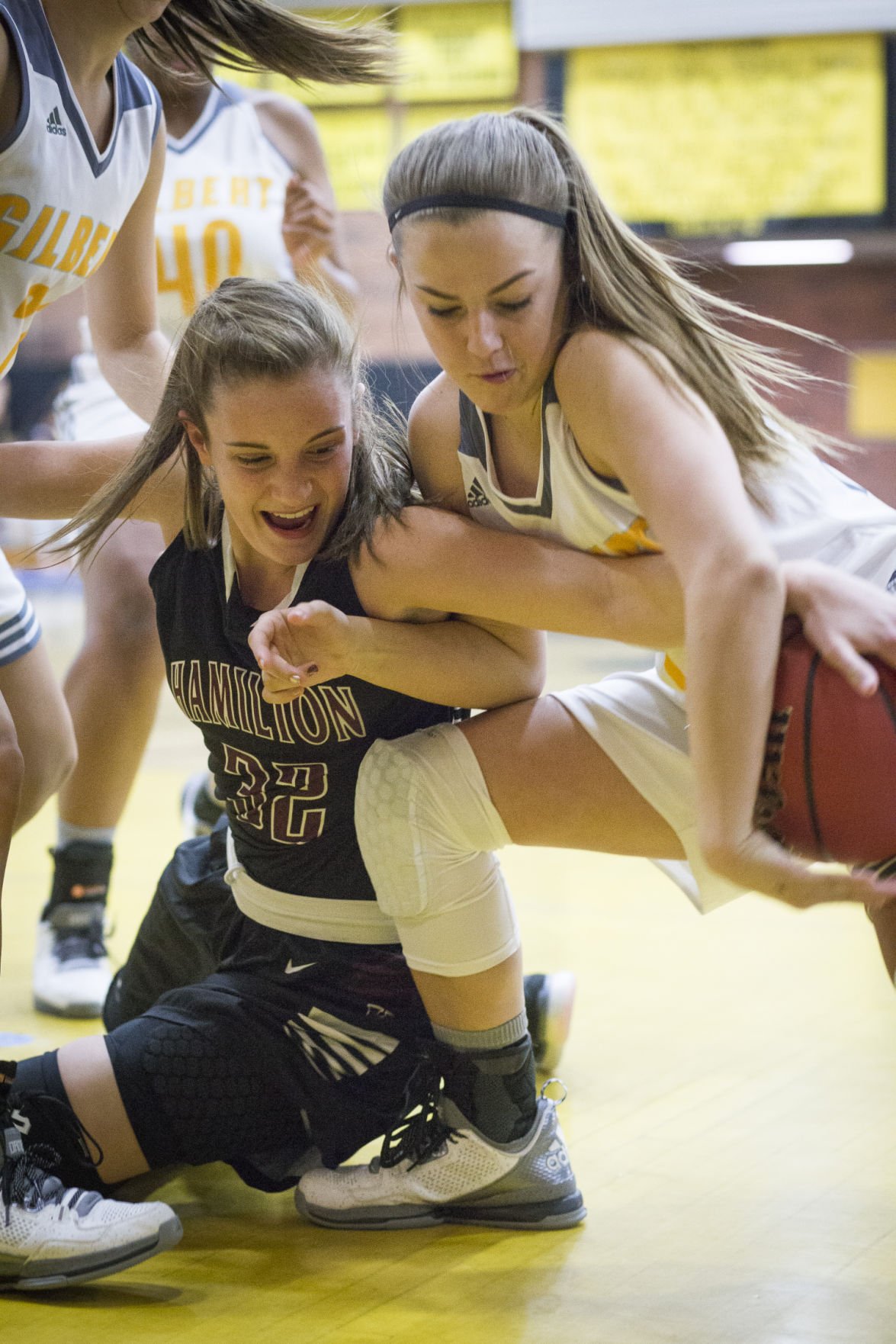 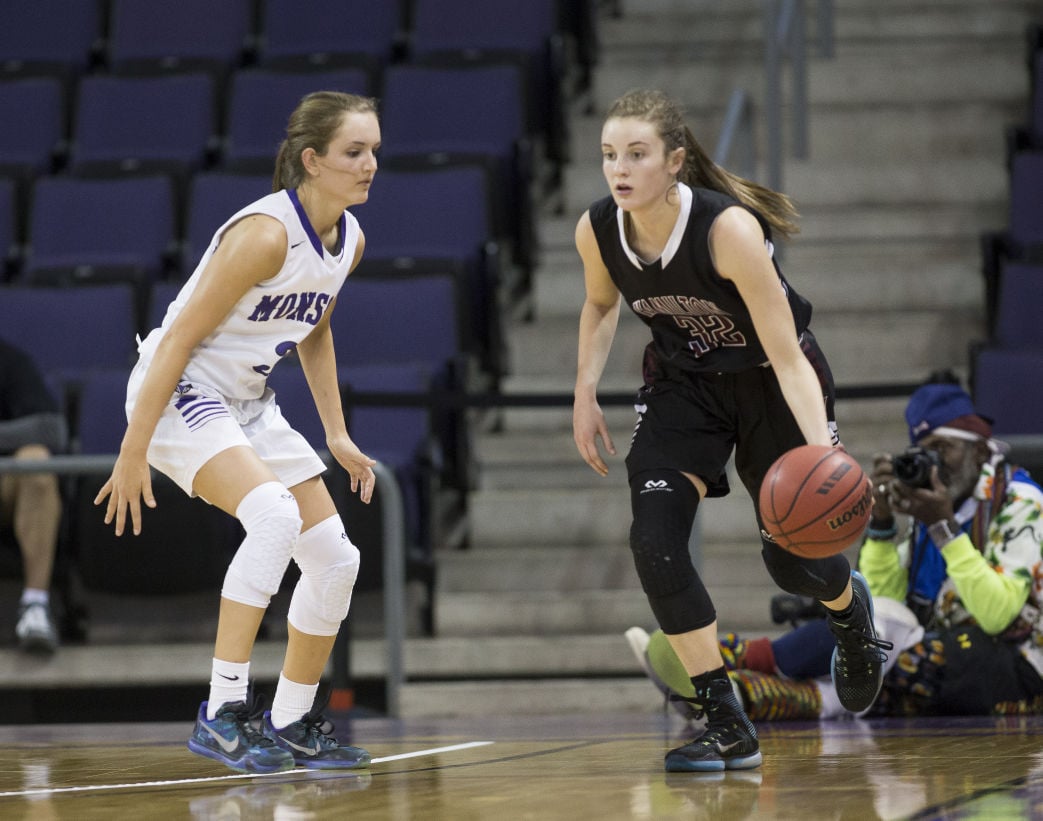 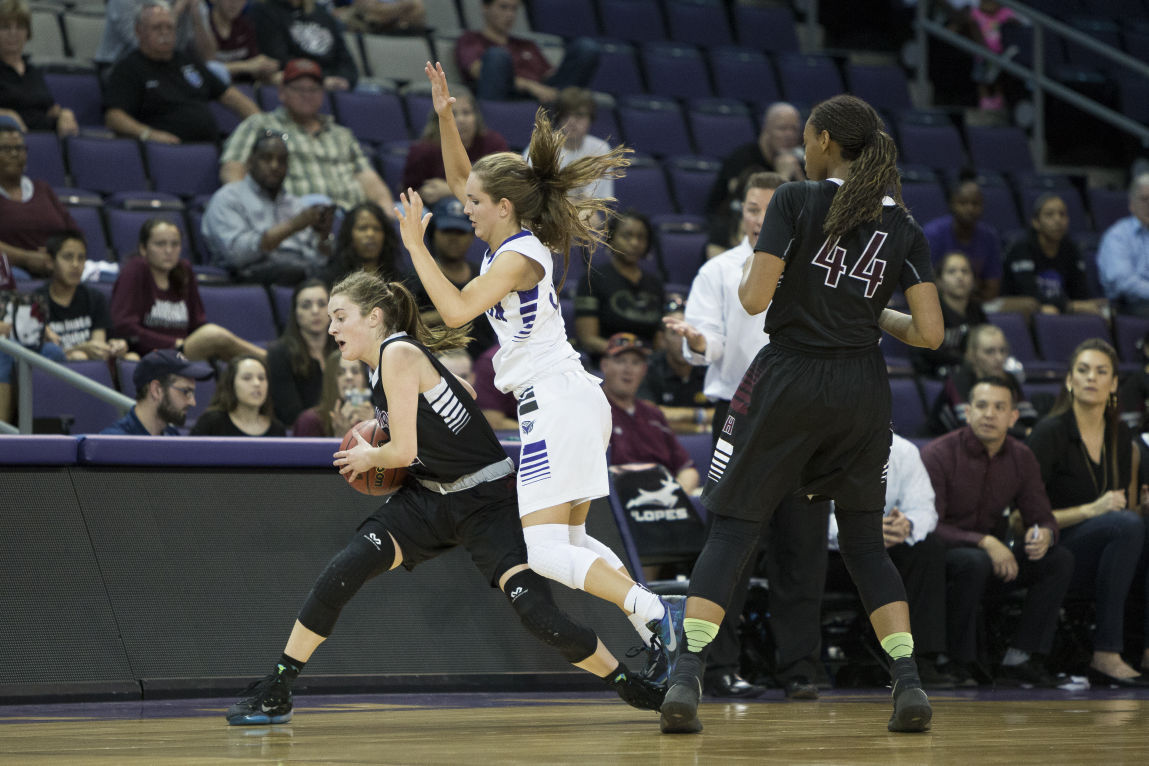 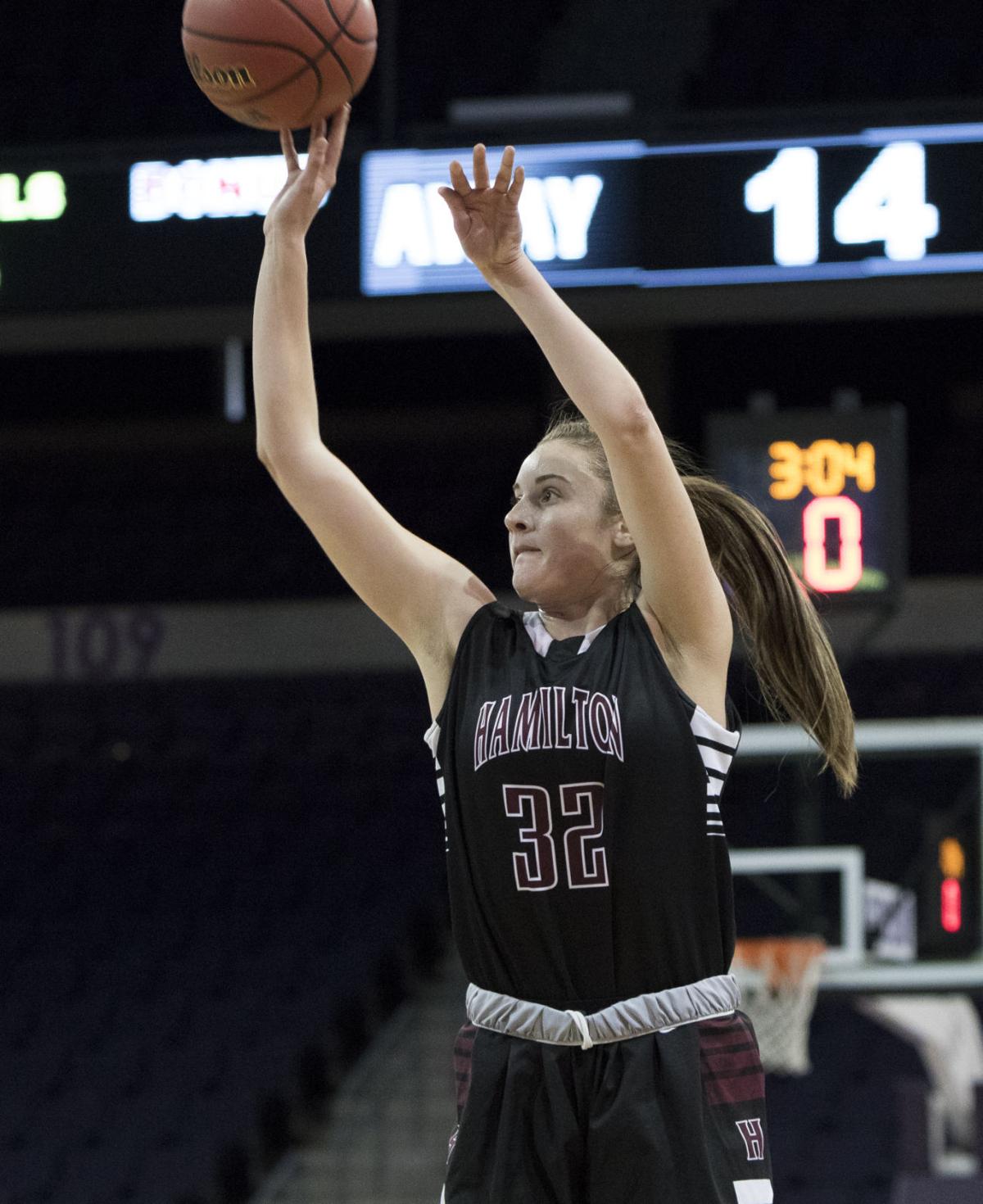 It’s always easy to find Hamilton sophomore guard Maddie Frederick after a practice, because, well, she’s probably still practicing when the rest of the team has packed it in for the day.

You can find her shooting free throws, taking mid-range jumpers or maybe working on her footwork, which has made her as good a defender as she is a scorer.

Defense, in particular, is something coach Trevor Neider stressed through the season and into Hamilton’s Division I title run.

“We talked about (how) our defense is what’s going to win us a championship,” he said. “We knew with our strengths and our size and just overall intensity that we could play really well on the defensive side every night.”

It became even more important when senior guard Makayla Filiere, Hamilton’s top defender, had to leave the quarterfinals against Gilbert with a finger injury that ultimately kept her out of the rest of the tournament.

The injury to Filiere forced Frederick, Hamilton’s leading scorer at 14 points per game and the East Valley Tribune’s girls basketball player of the year, to pick up the team’s top defensive assignment.

“She didn’t have her best shooting games or highest point totals (in the tournament), but her defense was phenomenal,” Neider said. “Her defense really picked up, and she didn’t complain, she didn’t say anything about it, she just said, ‘OK, whatever the team needs.’”

All Frederick had to do was change her point of focus.

“It was definitely just a different mindset,” Frederick said. “I knew my teammates had my back so I could pressure and get out, and I just had to trust they would be there for me, and I just had to D-up my person and that way we could stop their best players.”

Defense doesn’t get all the attention that flashy scoring does. There isn’t a stat that measures defensive effort, although Nedier said Frederick took the most charges of anyone on the team.

Even missing Filiere, the Huskies were able to recover and accomplish the goal they had set at the start.

“We’ve all put in a huge amount of hard work,” Frederick said. “And I think we all saw it pay off in the end, and it was really great to see that because this was our goal from the beginning of the year, and the feeling of the moment was super exciting for us.”