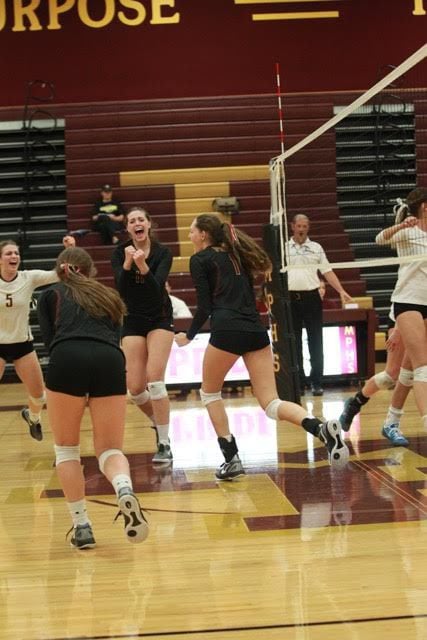 Mountain Pointe celebrates a point on the way to beating Gilbert in four sets. 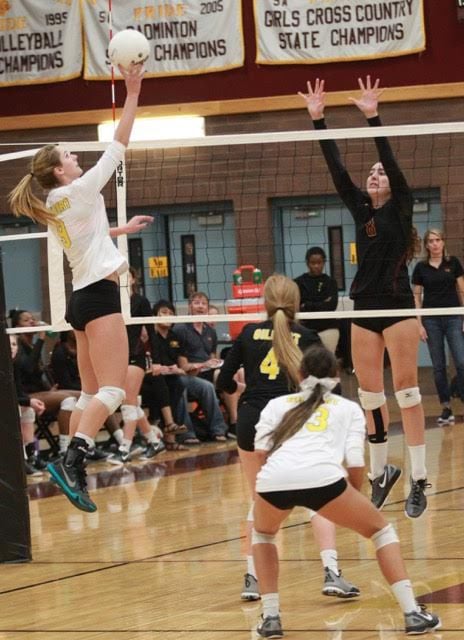 Mountain Pointe celebrates a point on the way to beating Gilbert in four sets.

The Mountain Pointe girls volleyball team has had a bugaboo in recent seasons.

The Pride beat the teams it should have, but when it came to facing the top teams in Arizona they seemingly always found a way to lose.

In the early going of the 2016 season, Mountain Pointe is showing it might have grown out of that phase of building a program.

“We’ve been young the last few years, and now we are all older and playing at a high-level in club,” senior outside hitter Chapin Gray said. “This team is different than we’ve been in the past.”

“We were out of our system the whole time,” Gilbert coach Joe Hesse said. “We had trouble receiving the serve all night. We can play better but part of the reason we didn’t play well was because Mountain Pointe dictated a lot of what we did.”

The Pride led most of the first game, as late as 24-22, but the Tigers closed it out 27-25 after winning one of the best, drawn out volleys of the year.

“It was crucial to get back in the game,” Gray said. “We focused on doing our thing and playing our game and not making errors like we did in the first game.”

The third and fourth games were close throughout with the lead never getting more than four in either one.

Gilbert led early in the fourth set, but the Pride tied it at 9 on an ace by Gabby Leo before Mountain Pointe went ahead for good at 17-16.

The Tigers have lost to Hamilton, Xavier and now Mountain Pointe. It is clear Gilbert has the talent to play with these team but have come up short in the early portion of the season.

“It’s our mental game,” Gilbert senior outside hitter Kaitlyn Lines. “We had no fire. We can match up with them physically, but it was liked we checked out. It’s definitely something we need to and make sure it doesn’t happen again.”