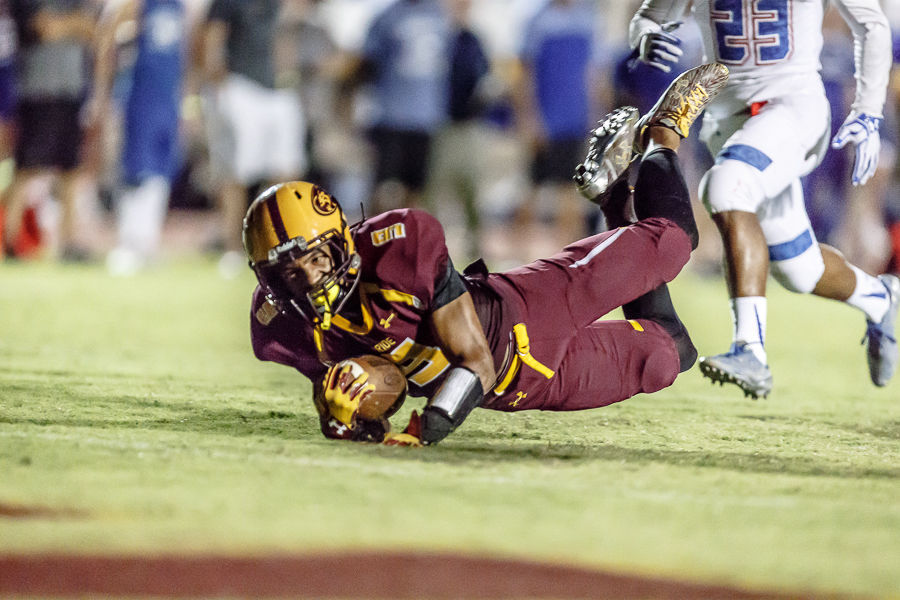 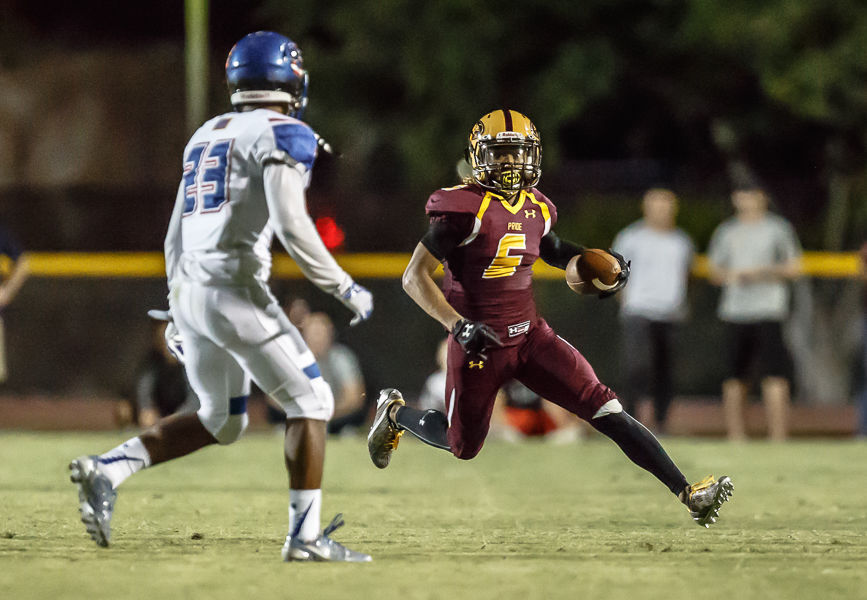 Mountain Pointe's Jaydon Brooks looks to make a move in the open field. 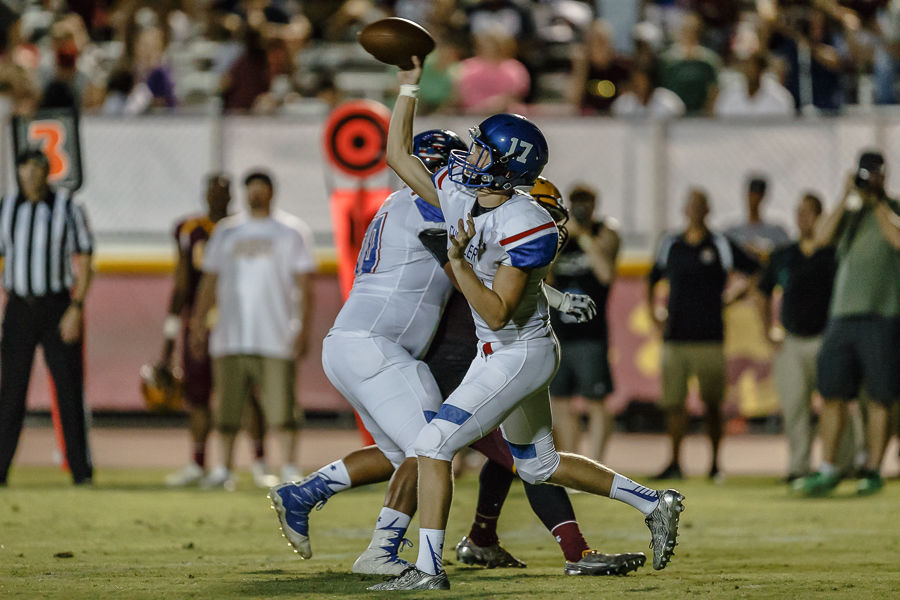 Chandler quarterback Jacob Conover struggled to get any rhythm against the Mountain Pointe defense.

Mountain Pointe's Jaydon Brooks looks to make a move in the open field.

Chandler quarterback Jacob Conover struggled to get any rhythm against the Mountain Pointe defense.

Isaiah Pola-Mao pointed to the scoreboard with his fellow defensive backs around him and made sure they understood there was still something to play for in the final quarter.

Never mind the fact that Mountain Pointe was up by more than five touchdowns at the time against the second-ranked team in the state, he was still fully engaged and ready for more.

Not on this night. At least not while the Pride’s No. 1s were in the game.

Top-ranked Mountain Pointe just kept coming up with play after play. Score after score on the way to a 52-7 win Thursday over Chandler at Karl Kiefer Stadium.

Pola-Mao led the way for the Pride with two receiving touchdowns, an interception and hit from his safety position that knocked Chandler wide receiver Johnnie Johnson out for a handful of plays because his facemask was broken.

He hit him that hard, and the Pride (3-0) was that impressive.

“There was a lot of hype about Chandler and we wanted to prove something,” Pola-Mao said. “We wanted to show our physicality on the offensive and defensive side.”

It was pure domination from the start as Mountain Pointe scored on its second and third drives as the offensive line controlled the trenches, Greg Bragg (23 for 162, 3 TDs) got tough yards and quarterback Noah Grover (10 for 14, 186 yards) was precise and hit Pola-Mao (3-67) in stride and Jaydon Brooks (5 for 86) underneath.

“This was a total team effort,” Pride coach Norris Vaughan said. “The offense, the defense, special teams all contributed. I never thought we’d have a game like this. I expected it to be tight throughout.”

So did most observers, and even when it was 28-0 at halftime the expectation was for Chandler (2-2) to regroup and make a run of some sort.

Instead Mountain Pointe just kept piling on to cement the Pride as the top team, just like they were most of last year in going undefeated during the regular season.

“I tell ya, they are a really good football team and they started rolling and we couldn’t them,” said Chandler coach Shaun Aguano, whose team was playing for the third time in 12 days. “There are no ifs, ands, or buts about it, they are a better football team than we are. I am never going to make excuses. We gotta come out and play.”

The Wolves had some decent drives to start, but the Pride defense either made stops on third or fourth down or forced a turnover (2 fumbles, 2 INTs) and once it got out of hand running back T.J. Green (67 yards rushing) became neutralized and sophomore quarterback Jacob Conover (6 for 15 for 63 yards, 2 INTs) struggled for the first time in his four career starts.

“We saw they like to get going on offense, pass all over the place and keep pushing it,” senior cornerback Antwaun Woodberry said. “We weren’t going to let them do that. We wanted to show everyone what we could do and that Mountain Pointe can play some pretty good football.”