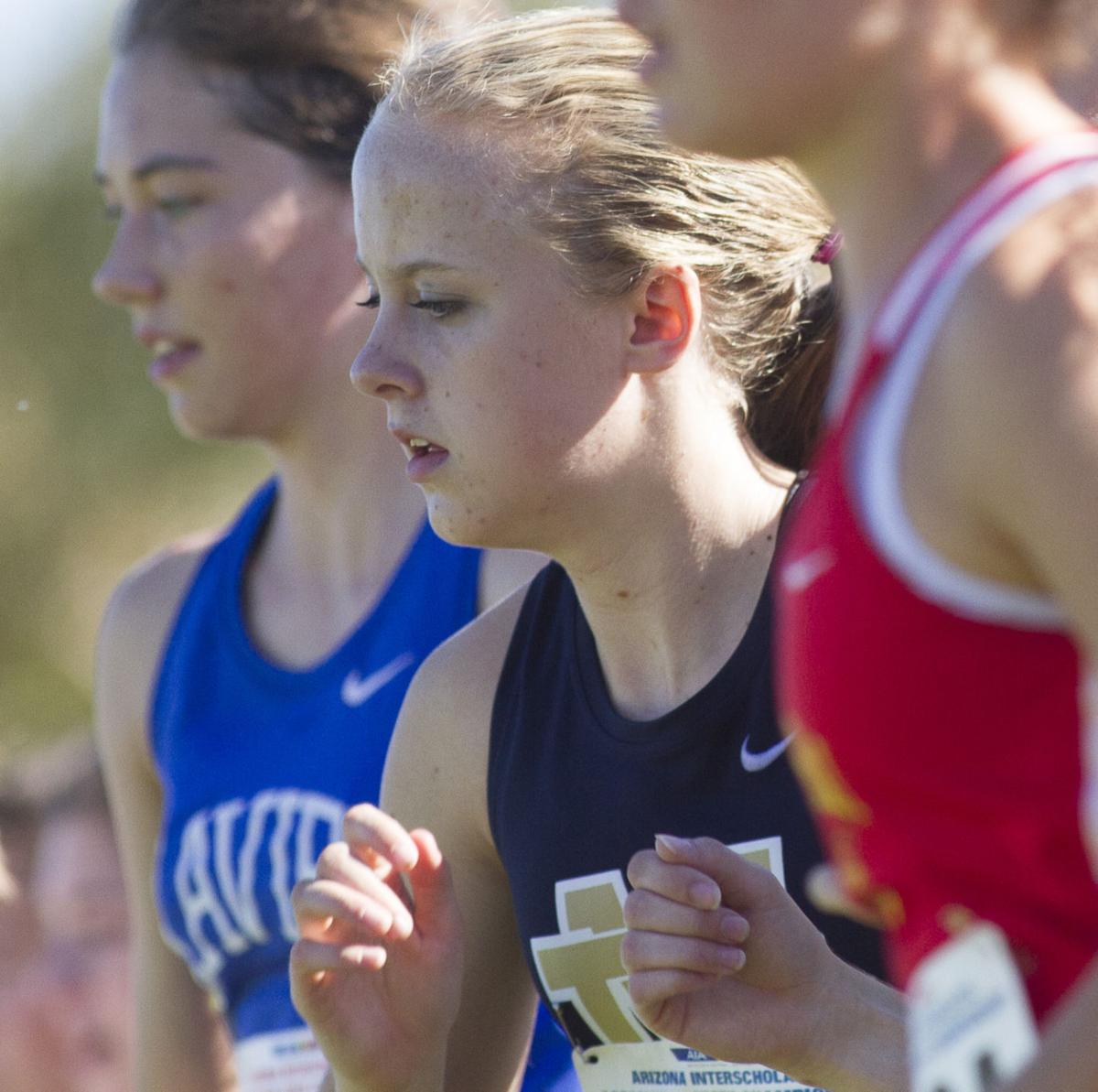 Desert Vista's Baylee Jones at the start of the Division I girls state championship at Cave Creek Golf Course on Saturday, Nov. 8, 2014. 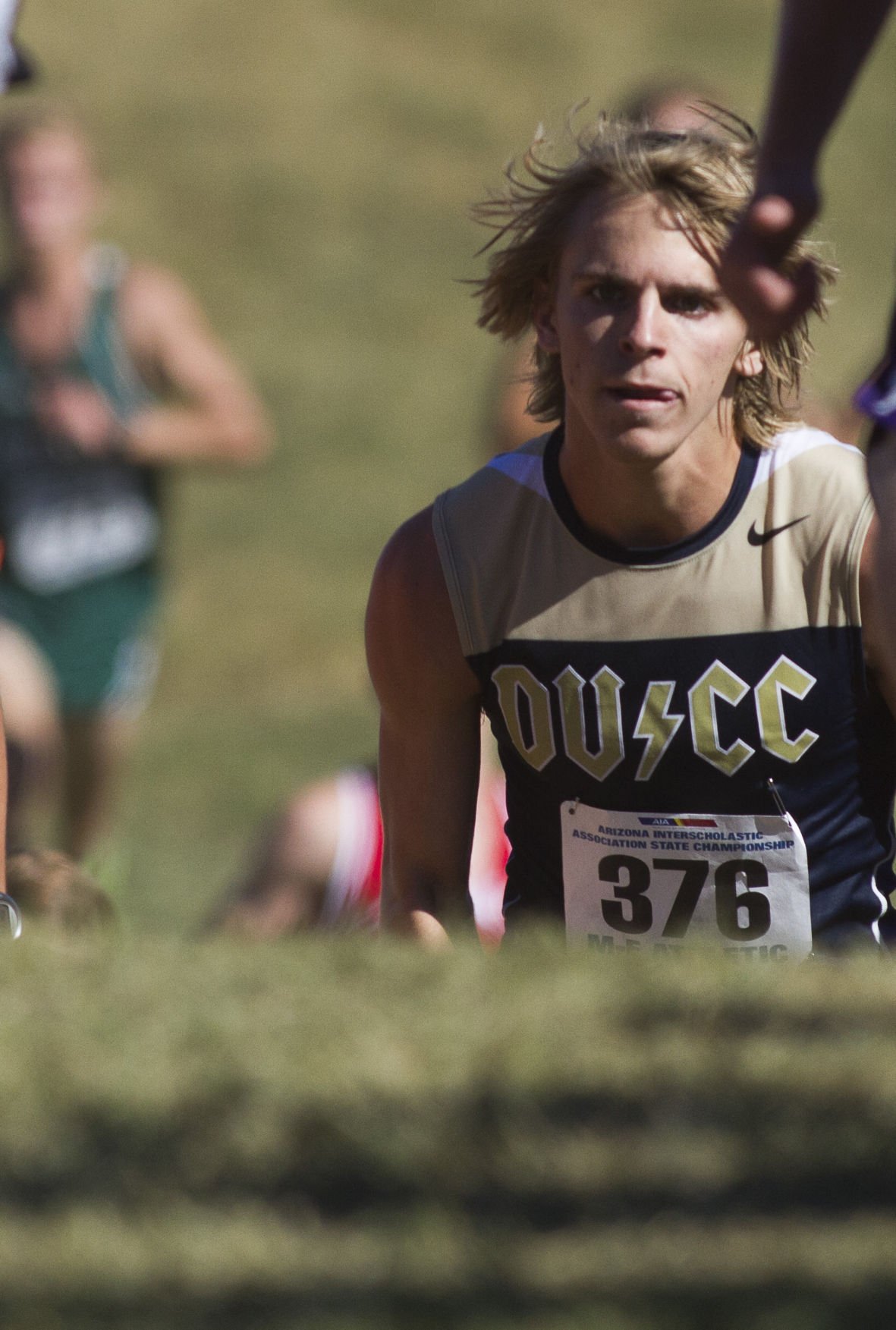 Desert Vista's Baylee Jones at the start of the Division I girls state championship at Cave Creek Golf Course on Saturday, Nov. 8, 2014.

The cross country season hit its mid-season zenith on Friday, Oct. 2 at the annual Desert Twilight XC Festival at Grande Sports World in Casa Grande. The largest meet of the year brought in competition from all over the western part of the U.S.

For Arizona teams and athletes, this meet is a great gauge for where they stand in their respective divisions. Here's a look at what was learned based off of Friday's performances:

In Division I, the team favorites remain the same

It all comes down to one school: Desert Vista.

The Thunder girls didn't perform all that well based on their high standards, but they still came away as the team champion in the Girls Sweepstakes race. Led by Baylee Jones' 5th place finish, the Thunder won with 75 points, just 18 ahead of Air Academy from Colorado Springs, Colo. Xavier College Prep had a very strong evening, finishing third with 98 points. The Gators showed that things will not be easy for the Thunder at the state meet in one month. Chandler was hoping to challenge Xavier for that second spot, but the Wolves have some work to do after finishing fourth with 154 points, 56 behind Xavier. The Wolves were without one of their top-5 runners, but were still well back of Xavier.

The Thunder boys didn't win the team title, that went to nationally-ranked Desert Hills (Utah), which had 85 points in a very competitive race. Desert Vista had 129, just one ahead of Durango (Colo.) at 130. Rio Rancho (N.M.) was close behind in fourth with 146. The Thunder have been without senior Xavier Esparza all season, and if he returns and is in good form, that will only increase the gap between Desert Vista and Mountain View, which was sixth at Desert Twilight with 206 points. The Toros are looking like a solid favorite to be in that No. 2 spot at state, but where things get interesting in Division I is behind Mountain View. On any given day, Brophy, Corona del Sol, Highland and Perry could jump up and finish third.

In Division I, the race for the individual title got a lot more open

Two individuals showed that they are currently slightly above the rest in Arizona. Junior Allie Schadler from Rio Rico (a Div. III school) finished second in the girls sweepstakes race, running the 5K course in 16:54.10. While she was well back of Air Academy's Katie Rainsberger, who set a new course record in 16:23.40 (the top 5K time in the nation so far this season), Schadler was 32 seconds clear of the next Arizona athlete.

In the boys race, Saguaro's Tyler Beauchamp and El Paso Eastwood's Daniel Bernal had a memorable last 200 meters, with Bernal using a late burst of speed to nip Beauchamp at the line. Bernal finished in 15:00.8 and Beauchamp 15:01.7. Beauchamp has been stellar this fall and will be a big favorite in Div. II.

The biggest surprise was Xavier junior Sarah Carter, who finished third in the girls sweepstakes race in 17:26.5, dropping 68 seconds off of her time on the same course last year. She was nearly 15 seconds ahead of Desert Vista's Baylee Jones, the favorite to win in Div. I this season. Jones should still be considered the favorite based on her top-3 finishes at state the last two years, but Carter gave notice that she will be in contention. Xavier's No. 2 runner, Jane Miller, finished ahead of Desert Vista's No. 2, Emily Crall, with those two finishing in 9th, and 10th place, respectively.

Desert Vista's Harris would still be considered the favorite come November, but Friday showed it could be anyone's race.

Other top runners by division:

Div. II boys: Beauchamp was the top finisher, followed by Elijah Cox of Deer Valley, who was 26th in the sweepstakes race at 15:48.8.

Div. III girls: Sweepstakes runner-up Allie Schadler was the top Arizona finisher among the girls and her sister, freshman Samantha, placed 6th in the sweepstakes race in 17:44.00.

Scottsdale Prep's Haley Everroad was 4th in 19:19.2, leading her team to a very strong 3rd-place finish in the girls championship race, beating several Div. I teams.

Div. IV boys: Defending state champ Adriano Joe of Pinon was 14th in the sweepstakes race at 15:27.3. Glendale Prep's Chase Chittester was 3rd in the boys championship race in 15:57.4.

Race winners from the East Valley