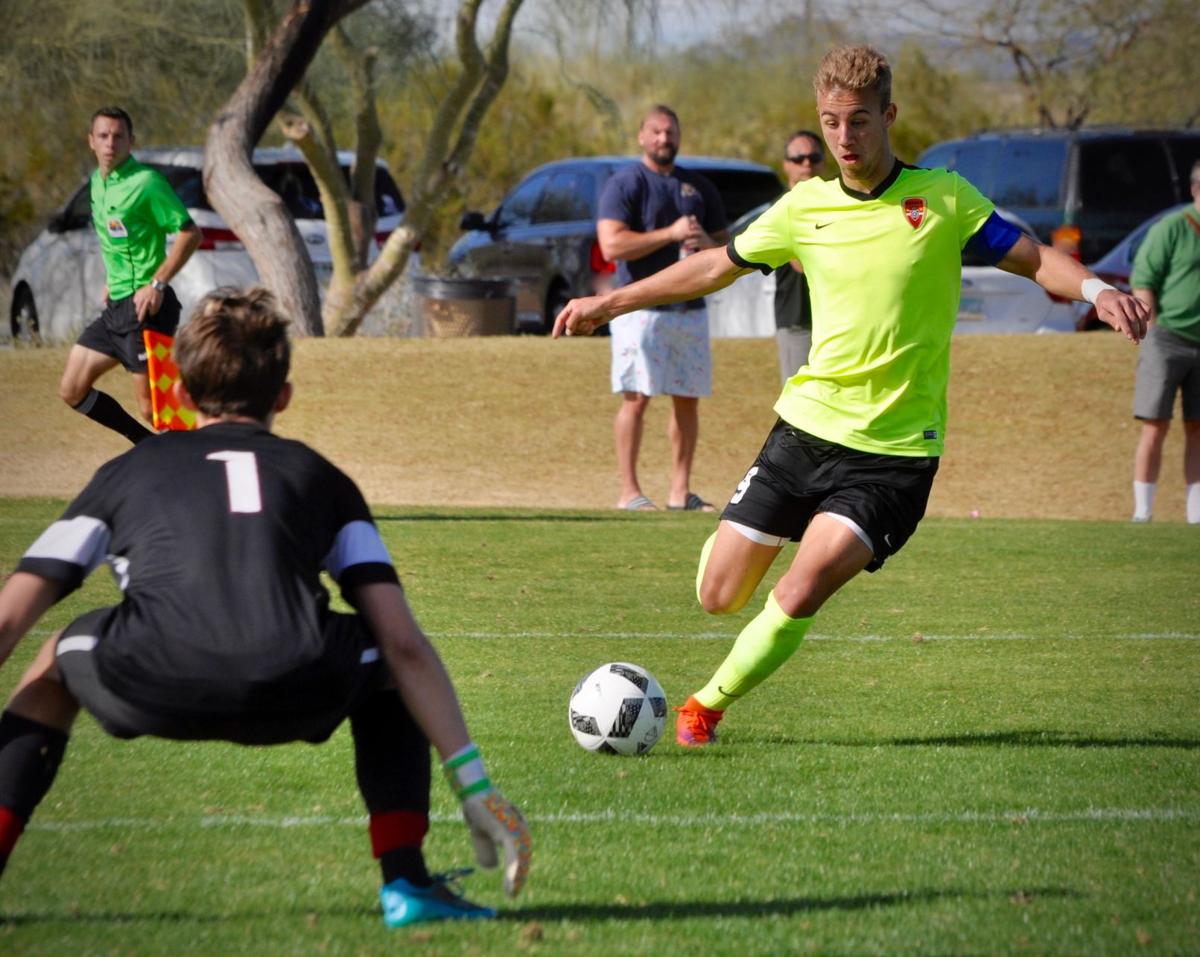 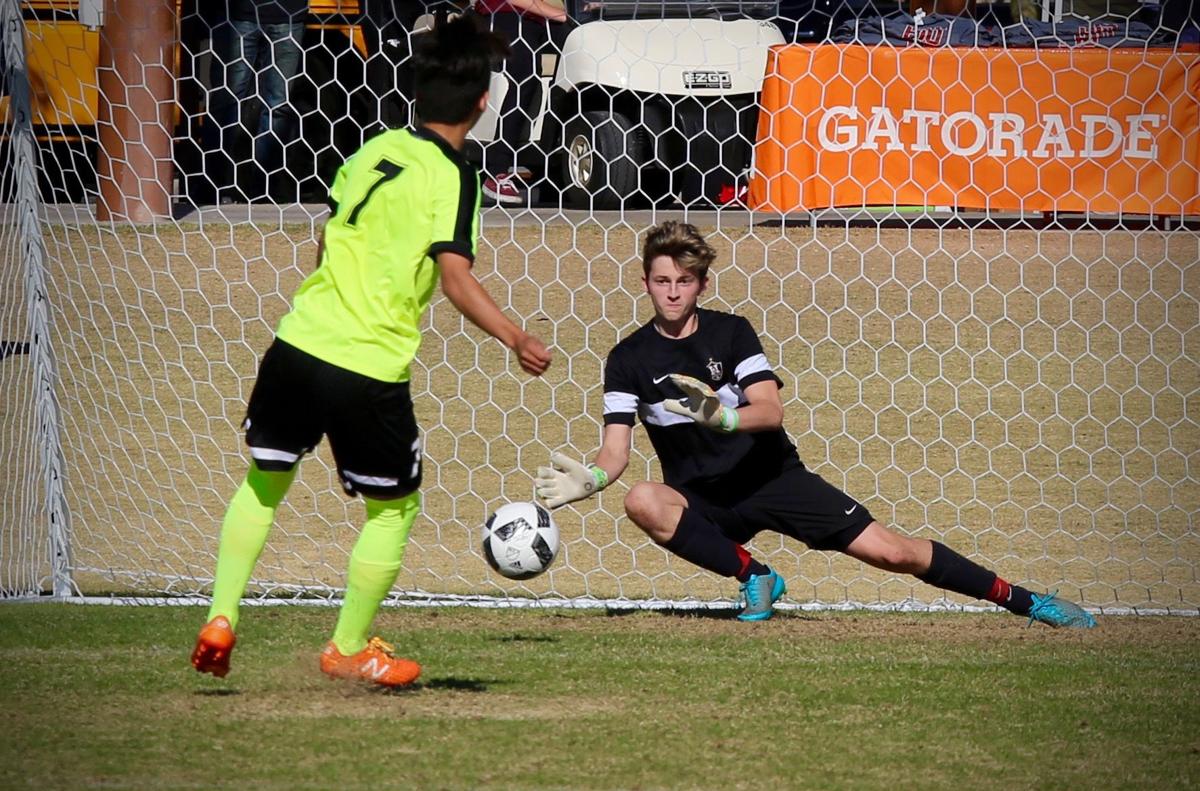 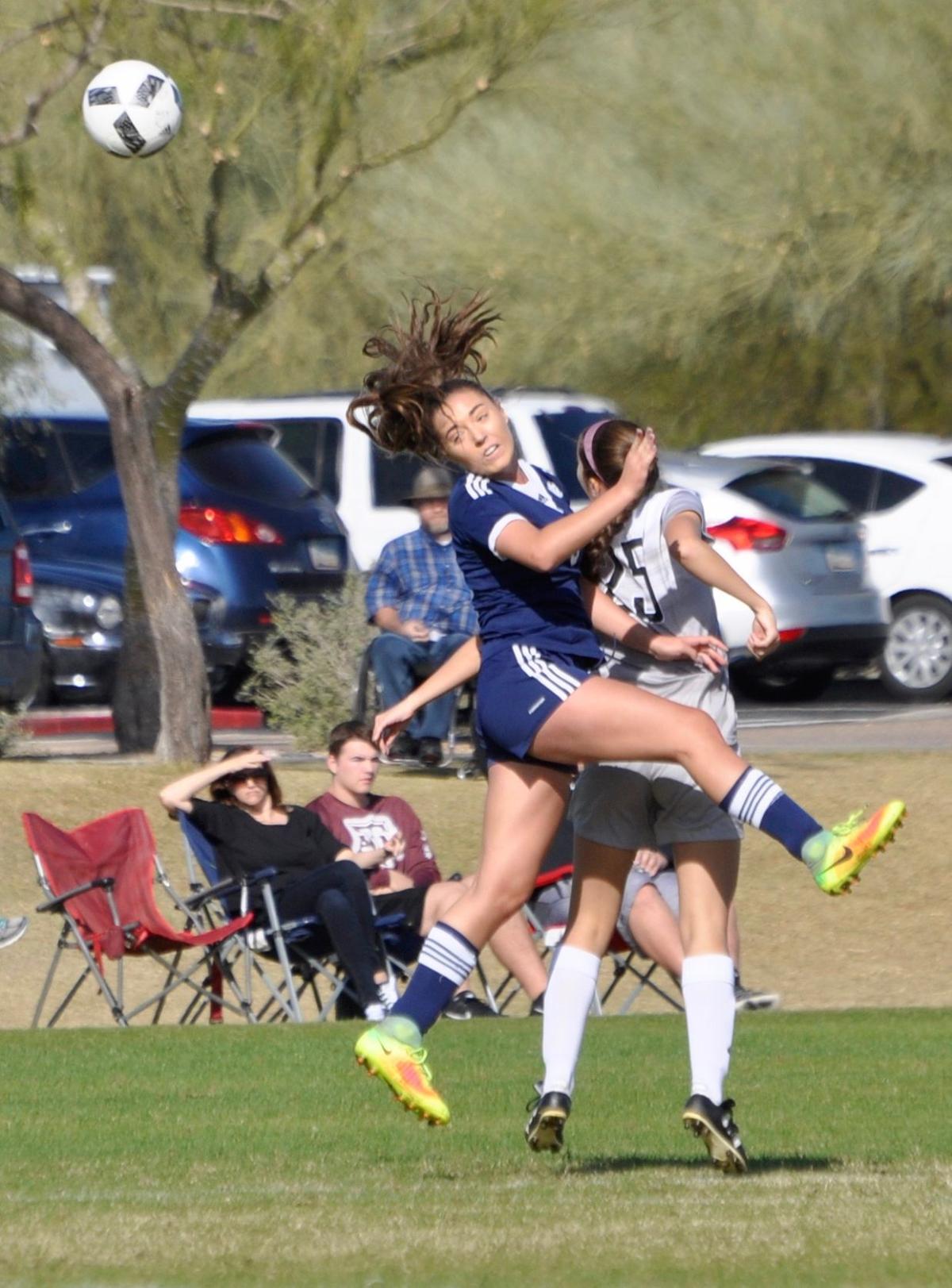 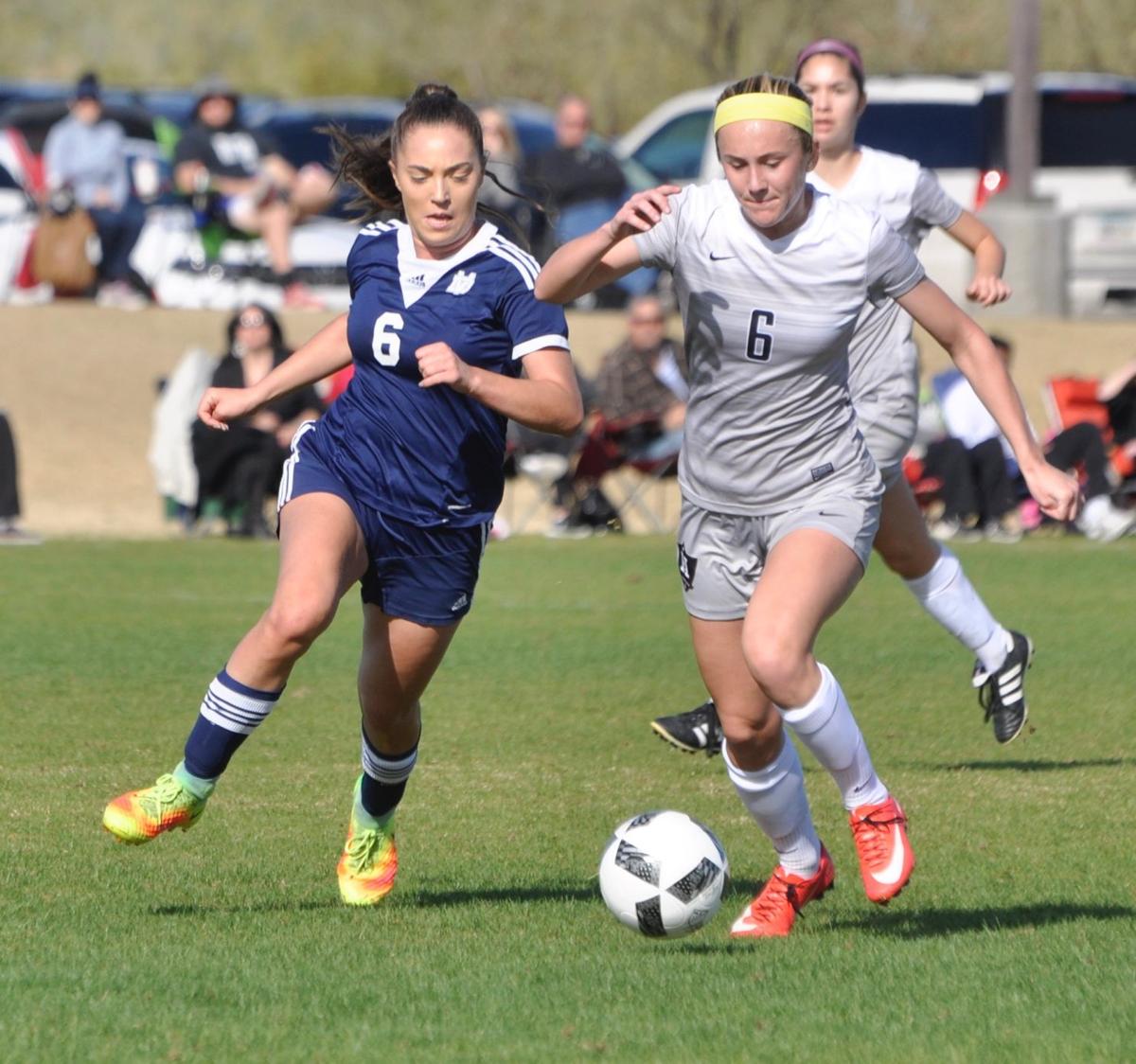 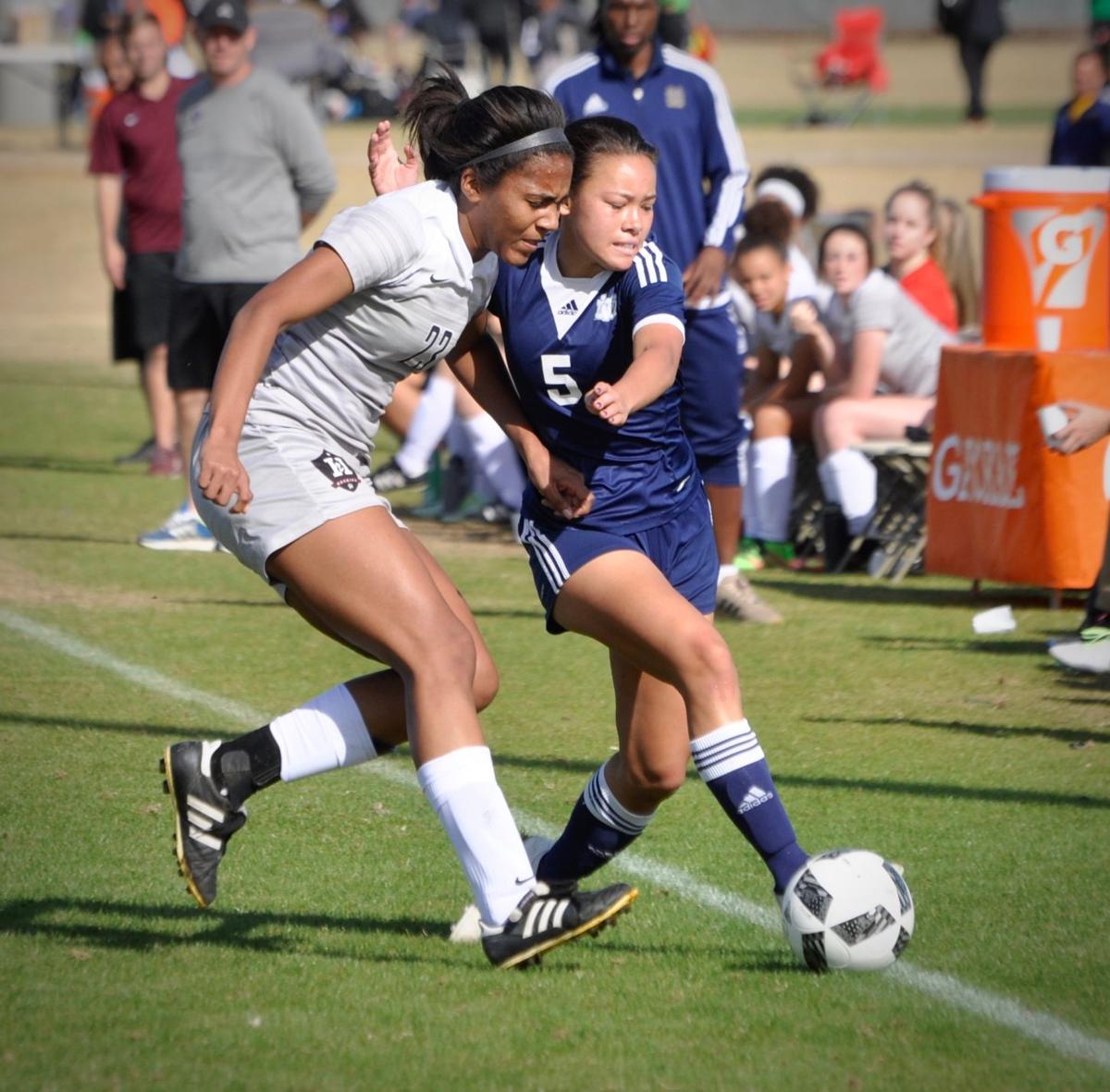 The Reach 11 Sports Complex has hosted elite level soccer tournaments ever since the North Phoenix facility was built in the early 2000s.

Club soccer teams from all over the country find their way to Reach 11 throughout the year to play against other elite-level programs.

Just before New Year’s, two championship games were held, and if it weren’t for the familiar colors and team names—Corona del Sol, Hamilton, Desert Vista—the level of play would’ve suggested that another successful club tournament was finishing up rather than the Arizona Soccer Showcase finals.

Instead, it was another confirmation that there has been a cultural shift in the club soccer scene that has led to a higher level of play at the high school level.

There was a time when the elite soccer players—for example Dobson graduate Julie Johnston, who won the World Cup but never played for the Mustangs—were so focused on club they didn’t find it the time to play the high school game.

It’s a personal decision that comes down to splitting their attention between the two teams. It’s a trend that has been building since the 2012-13 season when the Desert Vista boys made a run to the state finals because five club players decided to play for the Thunder. Some programs have missed out on elite players over the years but now more club players are pulling that high school jersey over their heads.

“A lot of times, there was a high school teacher coaching and there really was nothing to gain from a development standpoint,” said Campo Verde coach Drew Guarneri, who is also a coach for the Arsenal Soccer Club. “A lot club coaches started taking over high school teams, and I think we started to sell the kids on the good experience high school soccer can be. Then we walked the talk and really invested everything into the high school and we started to see a lot of elite kids start coming back.”

Soon after last year’s season ended, Drack left Hamilton to join the Portland Timbers Academy and now he is back again playing for the Huskies this winter.

“I think what makes high school so fun is that you get to be around your teammates day in and day out pretty much the whole day. In club, you train for a couple hours, three times a week,” he said. “Being able to play in front of your classmates is also very cool.”

Many other players have found to their liking as well. It has led to a high level of play for area teams.

The Hamilton and Corona del Sol finals at the Arizona Soccer Showcase, which was won by the Huskies in a penalty kick shootout, was a tremendous display of the talent in Arizona. Players like Corona’s Ryan Flood and Drack showed off their talents, but it doesn’t end there.

The girls finals featured Desert Vista, which is ranked No. 17 in the nation, topping Hamilton 2-1. Both rosters were filled with club players.

“We’ve had a lot things go our way,” Guarneri said. “We’ve won some overtime games and played well in the tight matches. It’s a whole group thing. We have a littler older team with juniors and seniors, but even the seniors who don’t get a lot of minutes are leaders. They work hard in practice and make the most of their playing time. We have a good mix of the players and they are all buying into the culture that we’ve developed in my five years.”

The Thunder girls, who began the week 13-1, have been able to mix the club players within the program as well along with having their coach, Marvin Hypolite, bring a strong club coaching pedigree with him in building one of the state’s elite programs.

“We all love this game so why not play or coach it as much as possible,” Hypolite said. “They are playing for their school and have pride in that. That’s what we have tried to bring here.”

“I think the most beneficial part about it is helping each other grow as a group,” said Drack, who was the Tribune player of the year last year. “In club, you play with kids the same age as you, but here in high school you have kids in every grade. We as seniors need to set an example so that the legacy of our school can be passed down for years to come.”