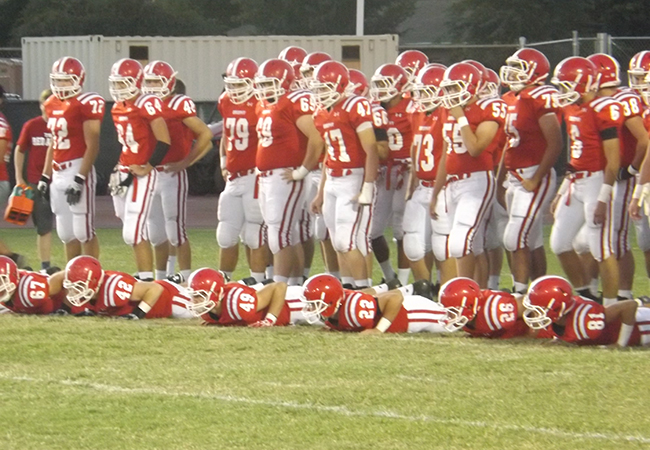 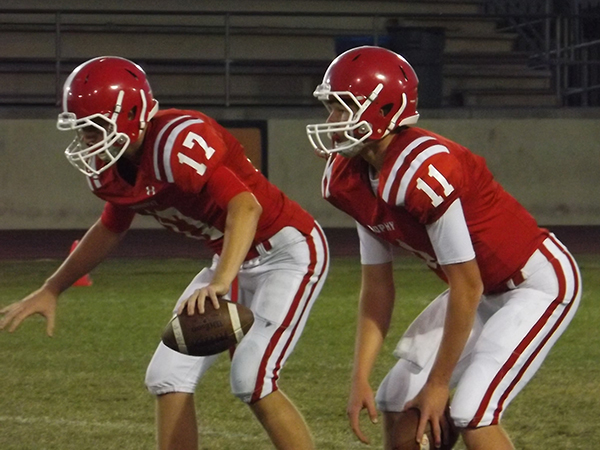 Looking for its first win in over a month, Brophy had a simple game plan: run the ball, limit big plays on defense and let the other team beat itself. Luckily for coach Scooter Molander’s squad, Corona del Sol had no problem playing the role of the obliging guest Friday night.

After three red zone trips resulted in 30-plus yard field goals by kicker Phillip Mourikes, the Broncos finally got the break they were looking for late in the first half.

On a fourth-and-2 from the Aztecs’ 24-yard line, Corona del Sol punter Chris Baker couldn’t corral a high snap over his head and instead of kicking the ball out of the end zone for a safety, the senior elected to boot the pigskin into the field of play. Brophy (2-4) recovered the ball at the four-yard line, and running back Ryan Velez extended the lead to 16 points with a touchdown on the very next play from scrimmage.

From there the rout began, as the Broncos coasted to a 44-6 victory at Phoenix College.

“A win like this puts a smile on all of our faces and that’s a good thing,” Molander said. “I’m so proud of my guys for continuing to work hard. We had a good week of practice after losing a game last week where we gave up a lot of points in the third quarter.

“I’m proud of our team for staying purposeful, staying intentional. I feel like our defensive staff did a great job. Offensively, we broke out the way I wanted us to.”

That offensive breakout took a little while, but in the second half it was on full display as Will Edwards and Velez scored on runs of 22 and 28 yards, respectively, and quarterback Cade Knox connected with receiver Isaiah Oliver on a 63-yard touchdown pass.

While the Broncos had no problem putting up points Friday night, they had an ever easier time keeping them off the scoreboard.

Brophy sacked Corona del Sol quarterback RJ Rhiner four times, forced three turnovers (including the botched punt) and never allowed the ball to get inside the 30-yard line until the final three minutes of play.

“The plan was to be physical with them,” said Broncos linebacker Michael Ward, who had two sacks on the night. “Every week, (defensive coordinator Gary Galante) puts together a great game plan, and we work hard to go out and execute it. We did everything together as a defense tonight and that’s how it has to be done.”

On the flip side, Tim Kelly’s debut as Corona del Sol’s interim coach didn’t quite end on such a positive note.

The Aztecs (0-6) have now dropped their first six games of 2013, and Friday’s 38-point loss was their most lopsided defeat of the season.

“We just have to come back and work hard,” Kelly said. “Things will turn around. We did a lot of good things. We made some mistakes too, but dropping passes, not finishing some things, mental mistakes, those are fixable.

“They’re working hard. They show up every day and that’s all you can ask them to do.”