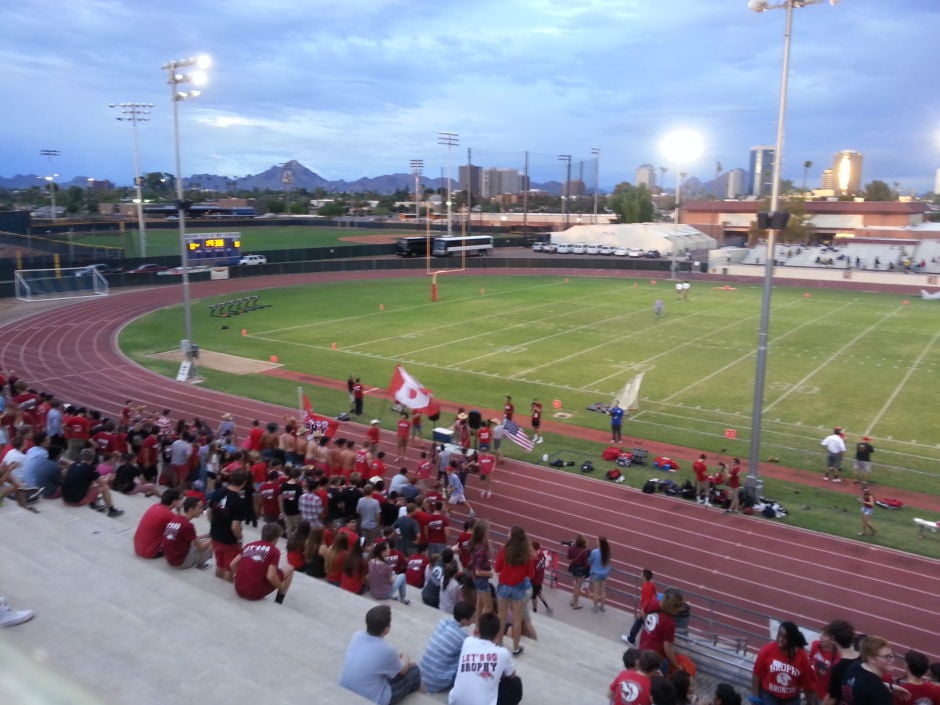 Brophy and Desert Mountain prepare to face each other on Aug. 31, 2013. 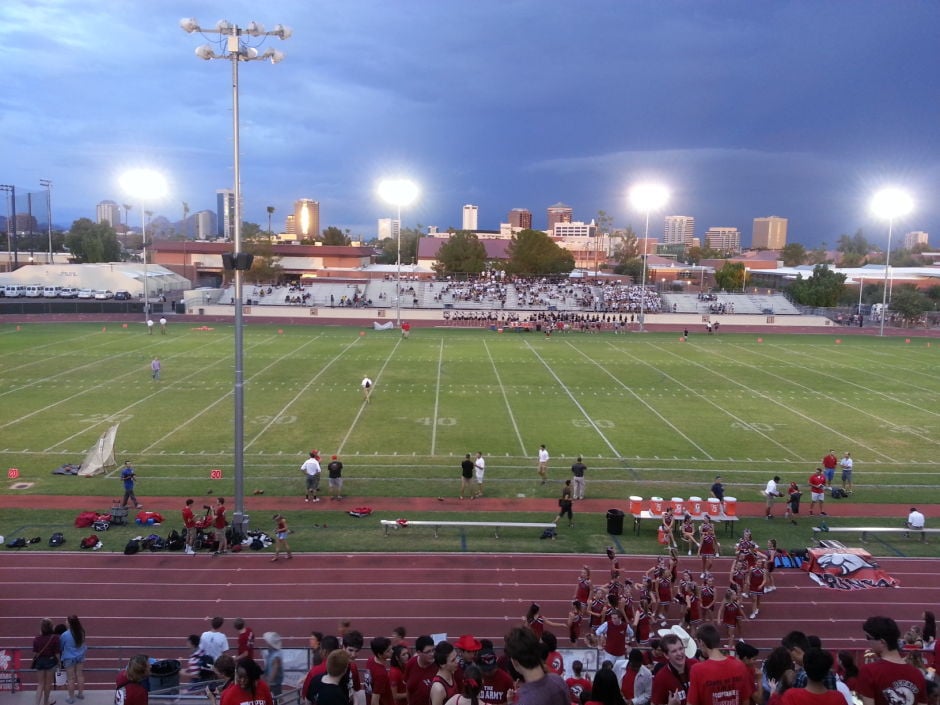 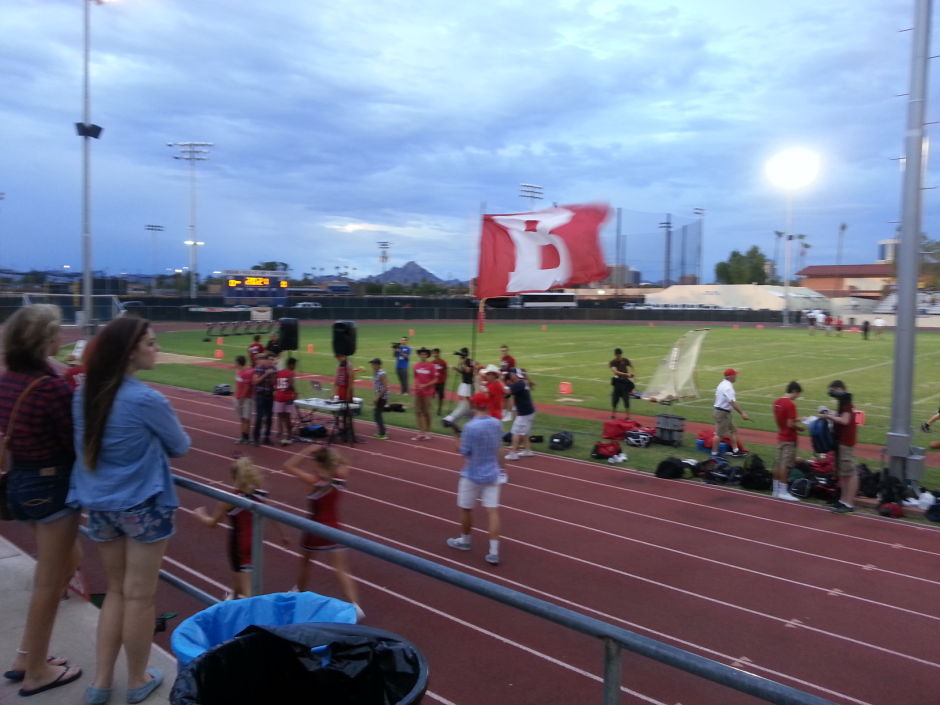 Brophy cheers its football team en route to the field against Desert Mountain on Aug. 30, 2013. 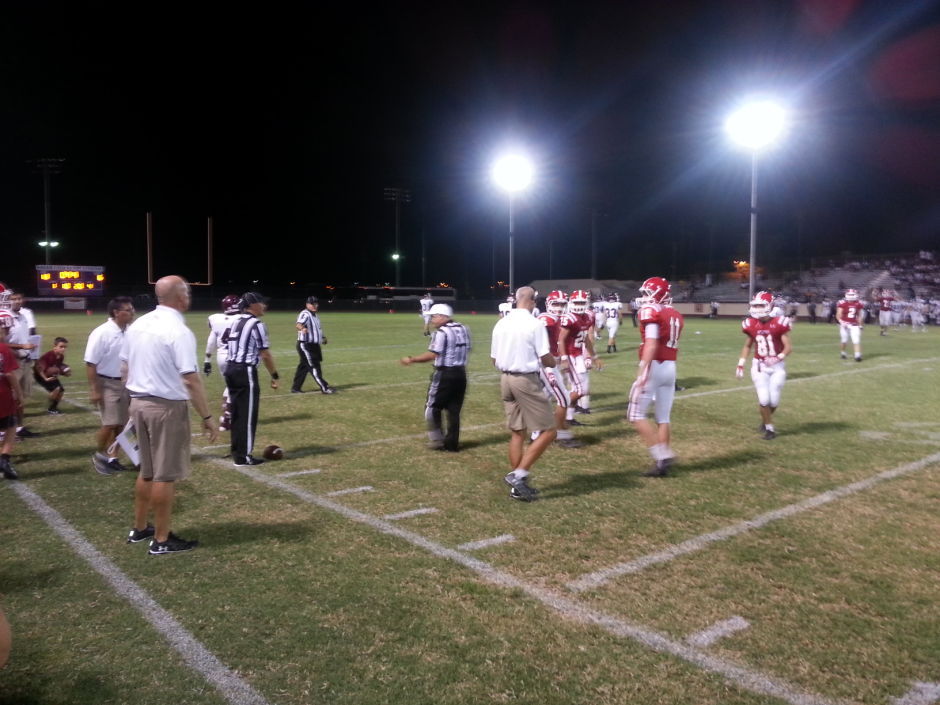 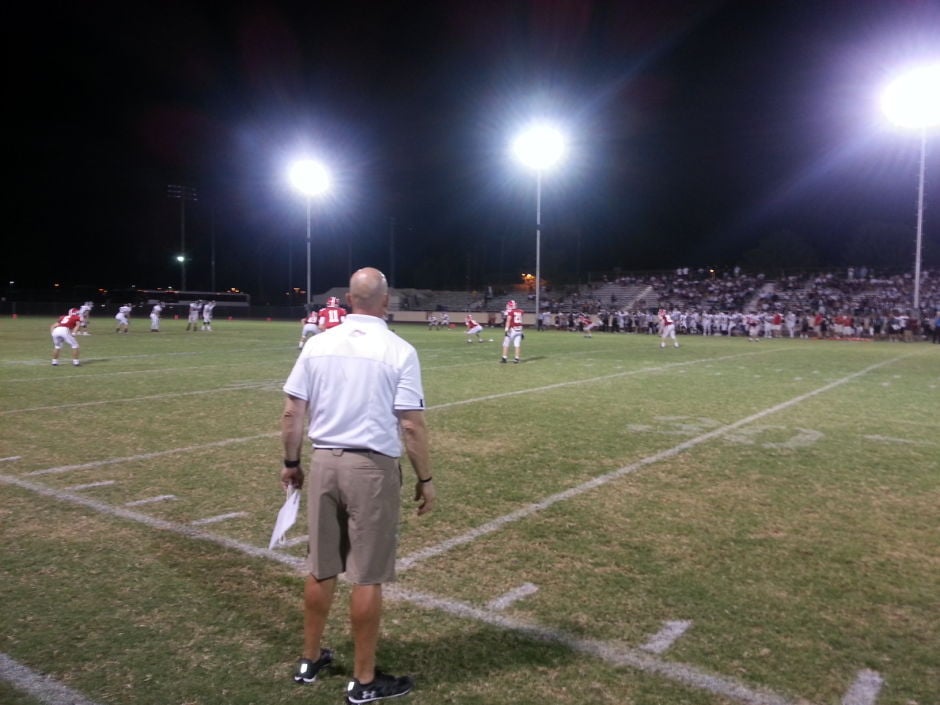 Brophy defensive coordinator Gary Galante looks on as the Broncos are about to receive a kickoff from Desert Mountain on Aug. 30, 2013.

Brophy and Desert Mountain prepare to face each other on Aug. 31, 2013.

Brophy cheers its football team en route to the field against Desert Mountain on Aug. 30, 2013.

Brophy defensive coordinator Gary Galante looks on as the Broncos are about to receive a kickoff from Desert Mountain on Aug. 30, 2013.

The faces for Brophy may have changed but the results stayed the same.

“Our defense played incredible tonight,” Brophy coach Scooter Molander said. “They got some plays but yet we never broke. We brought a punch to our tackling and that helped, I do believe, to some of their dropped passes.”

The Brophy defense accounted for the game’s only touchdown when Dylan Taylor blocked a punt early in the fourth quarter and Walker Adams pounced on the loose ball in the end zone to extend the Broncos' lead to 13-0 with 10:15 remaining.

“We just wanted to fight to the end,” Taylor said. “The punts were coming out pretty slow.”

Besides the blocked punt, Brophy (1-0) blocked two field goals and Brian Woodward intercepted a pass in the end zone with less than five minutes remaining and returned it to midfield.

“We saw that play in film a couple times and we were able to make a play,” Woodward said. “Being able to basically shut out an offense like that, you can’t beat this feeling.”

Allen completed 26-of-43 passes for 266 yards and scored on a 1-yard dive with 9.9 seconds remaining. Andrews, who was targeted countless times, finished with 9 catches for 122 yards.

“This is going to be a normal thing, it’s not like we are going to sneak up on anybody with Mark,” Desert Mountain coach Tony Tabor said. “Better get used it because it is going to happen week in and week out.”

Desert Mountain (0-1) was successful moving the ball but bogged down several times inside the Brophy 25.

“You can’t be sloppy at this level and I’m going to take responsibility for it,” Tabor said. “We are going to be better, I promise.”

Brophy will need a better effort from the offensive side of the ball going forward as Woodward and company struggled to finish drives. Still, Woodward finished 8-of-15 for 84 yards while Will Edwards rushed for 132 yards on 15 carries.

“We shot ourselves in the foot way too many times on offense,” Molander said.