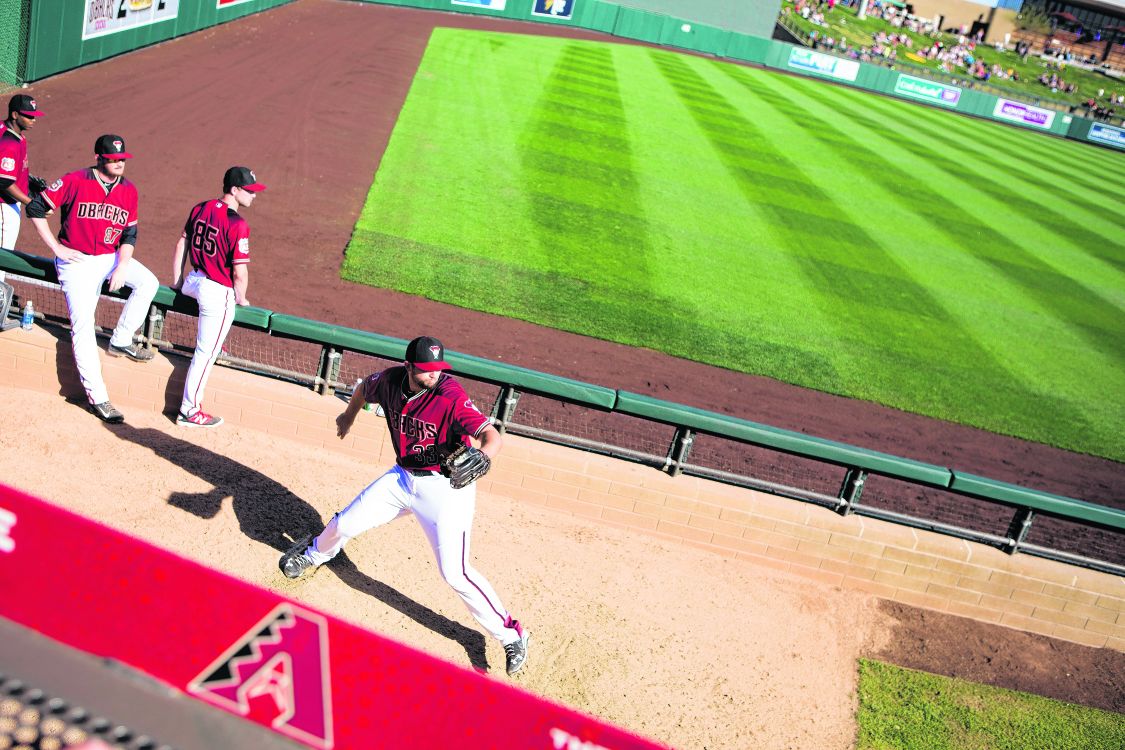 Pitcher Jake Barrett warms up during the Diamondbacks game against the Rangers at Salt River Fields at Talking Stick on Saturday, March 19, 2016. 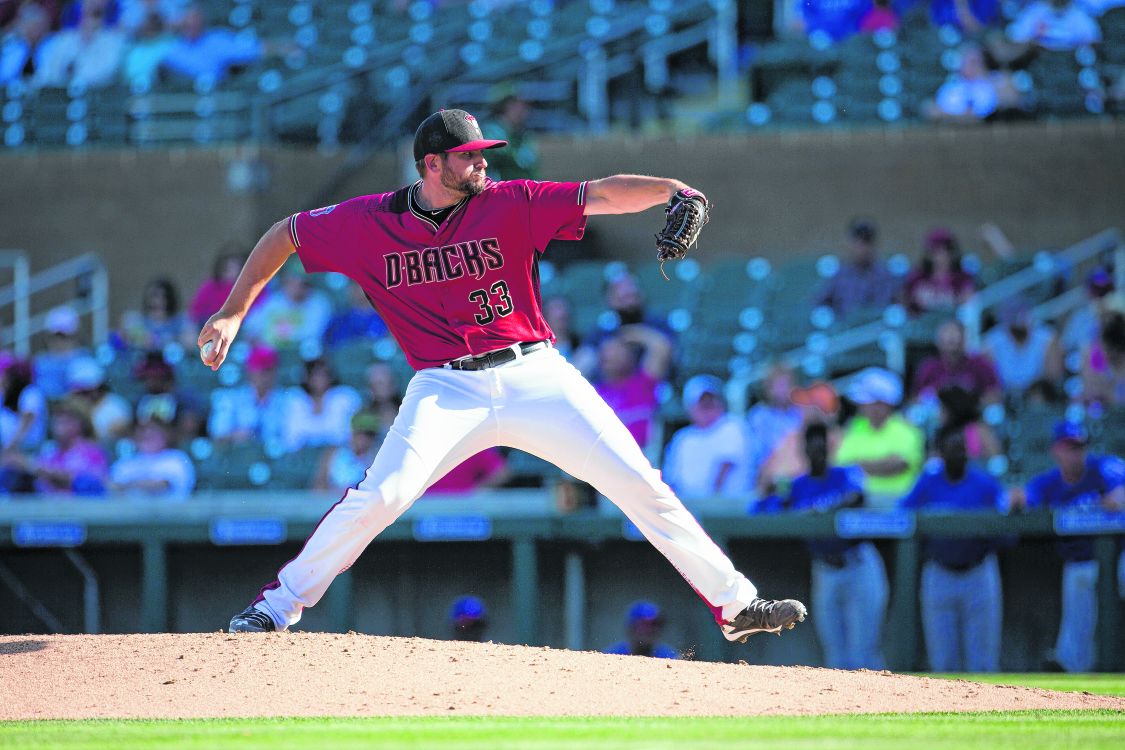 Pitcher Jake Barrett during the Diamondbacks game against the Rangers at Salt River Fields at Talking Stick on Saturday, March 19, 2016.

Pitcher Jake Barrett warms up during the Diamondbacks game against the Rangers at Salt River Fields at Talking Stick on Saturday, March 19, 2016.

Pitcher Jake Barrett during the Diamondbacks game against the Rangers at Salt River Fields at Talking Stick on Saturday, March 19, 2016.

Sometimes all it takes is a new pair of eyes focusing on you in order to have 48,000 people watching your major-league debut on Opening Day.

Jake Barrett made a move – from one side of the 24-inch pitching rubber to the other – that created a new angle toward the plate and a return to form.

“It made a huge difference,” he said. “It makes my slider better and has become more of a weapon to right-handers.”

It led to a terrific spring to erase the struggles of 2015 and the inclusion of the Desert Ridge graduate on the Diamondbacks’ Opening Day roster.

He made his debut in the first game and followed up with a second appearance on Tuesday.

Both one-inning stints featured a 97-mph fastball, one hit and a scoreless inning.

It was a pretty good couple of days for the big, right-handed reliever from Gilbert after being told on the Saturday before the season started that he made the team.

“There were a lot of emotions going on in my head,” Barrett said of hearing the news. “I was excited and I wanted to cry right there but I held it in until I saw my family. I was just happy.

“I was shaking the whole time. It was a surprise. There are so many good back-of-the-end bullpen guys.”

The meeting included manager Chip Hale, quality assurance coach Mike Fetters and first-year pitching coach Mike Butcher, who made the suggestion for Barrett, who was drafted in the third round out of Arizona State in 2012, to move from the first-base side of the pitching rubber to the third-base side.

“He was very dominating (in the spring) and had very good velocity at 97-98,” Hale said. “He had a good angle on the ball with his slider. All the things I heard when I got the job that he done in the minor leagues that we really hadn’t seen last year. He came in a different guy. He earned it.”

Barrett’s rise to major league pitcher looked to be in doubt last season when he started out in Triple-A, but struggled to the point where he was eventually demoted to Double-A.

Going backward in the pyramid of baseball is a step that is not easy to recover from for some players.

The organization can begin to sour, the player can get in a mental funk or a combination of both. It’s a hard climb back into being viewed a viable option although relievers often have up and down careers.

“I think with bullpen arms you see that quite often,” Hale said. “Guys have tough years, battle through things and the next year they can be dominating again. You really have to stay on them for the next year.”

Barrett, who said he was flooded with congratulation texts included from old baseball coaches like Jeff Forney, Pat Herrera and Drew McSherry, not only came back, but took a step that led to him walking into the big-league clubhouse for the first time wearing his stars and stripes socks he earned pitching for Team USA and continues to wear on special occasions or big games.

The special occasion included being announced and called out to the third-base line at Chase Field, the very same ballpark he came to so many times as a kid to watch the hometown team, and trotting out to mound from the bullpen in order to make his debut against the Colorado Rockies.

No matter what happens from this point on the 24-year-old will remain forever in the Major League Baseball player registration book.

“I’ve thrown everything that got put in my hand since I was little, and eventually I realized I had some velocity to it,” said Barrett, who never attended an Opening Day as a fan. “I always wanted to be here, and to do it in your home state with all of your family and friends, is pretty special. I had a lot of chills and emotions.”