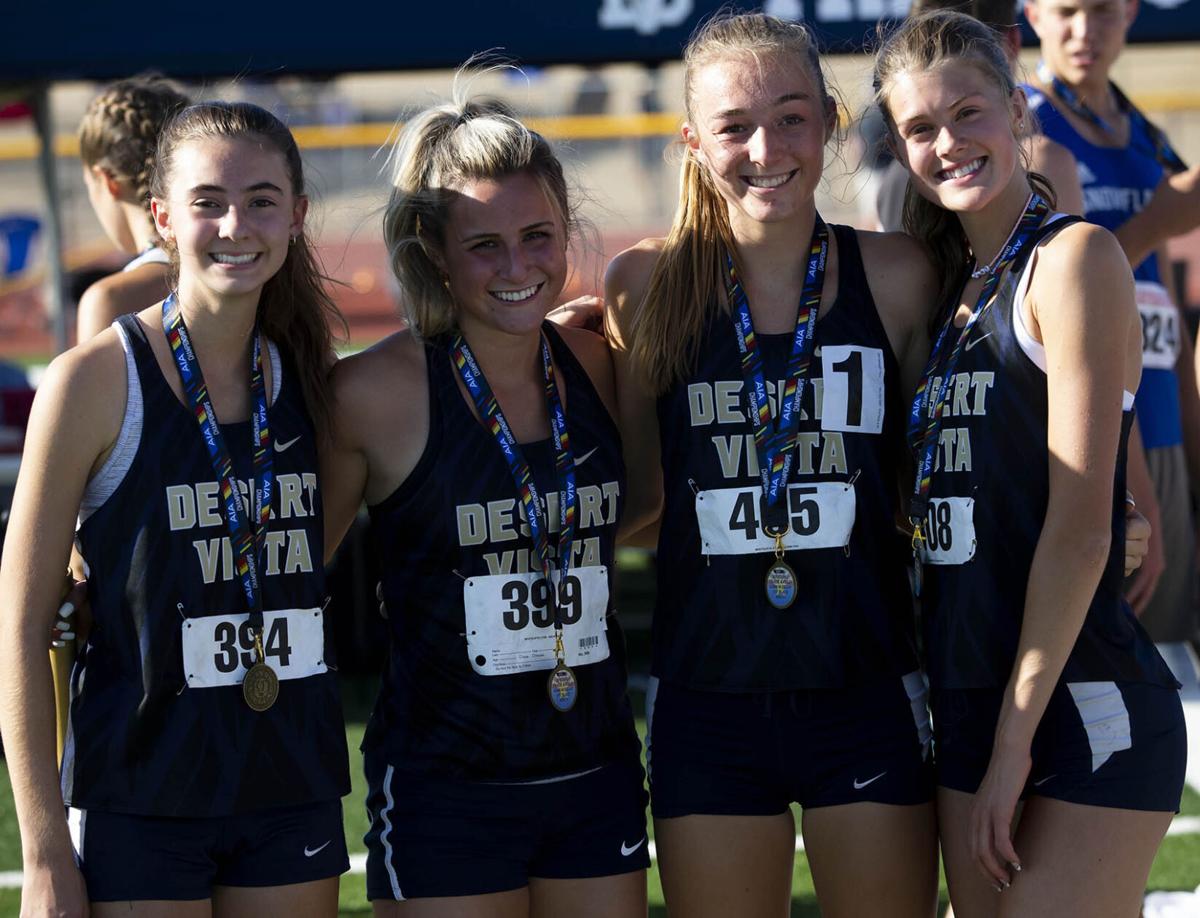 Desert Vista’s girls’ relay team made up of Emily Littlefield, Alicia McManus, Lauren Ping and Katie Sigerud helped the Thunder place second overall in the state meet with a gold medal win in the 4x800-meter relay. 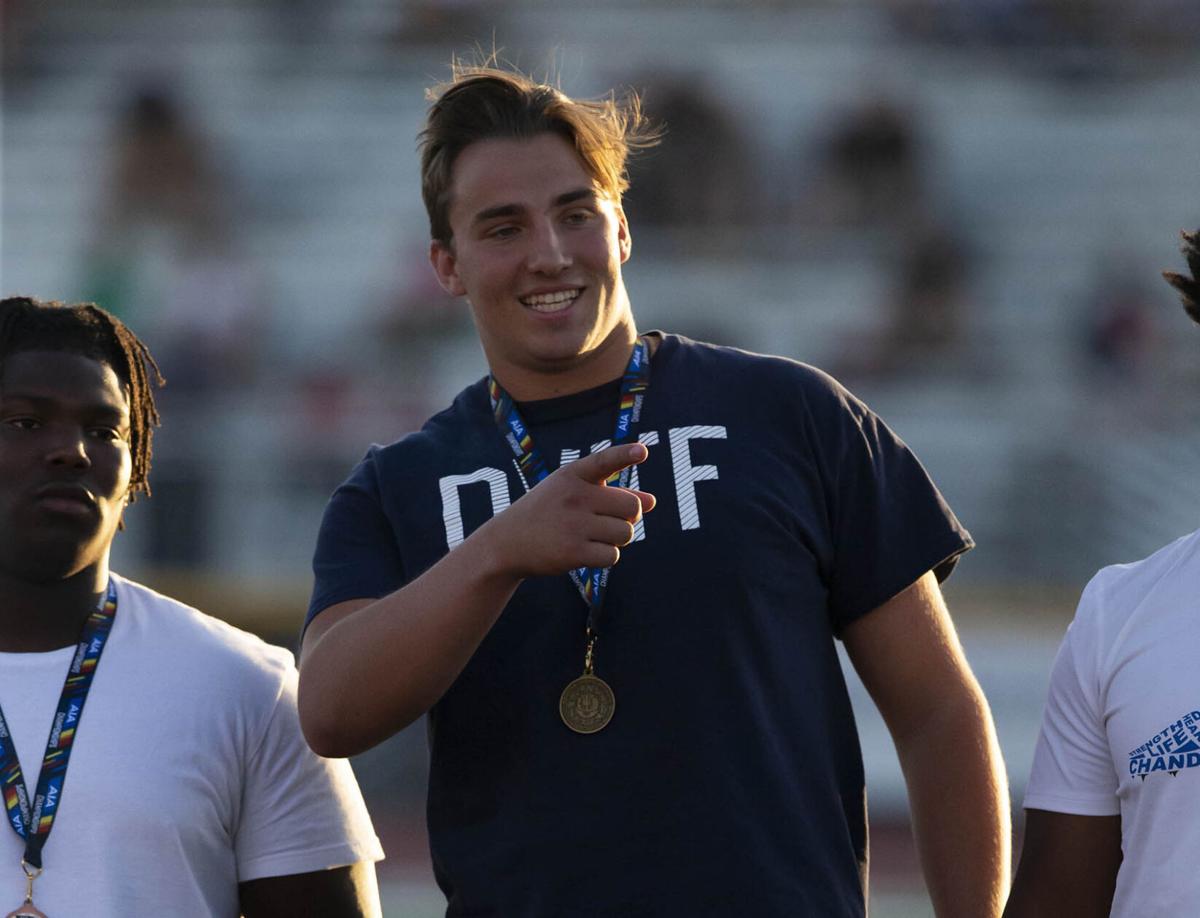 Desert Vista senior Mason Hickel placed second overall in the discus Wednesday but followed it up with a 61-foot throw in the shot put to win the Division I state championship on Saturday. 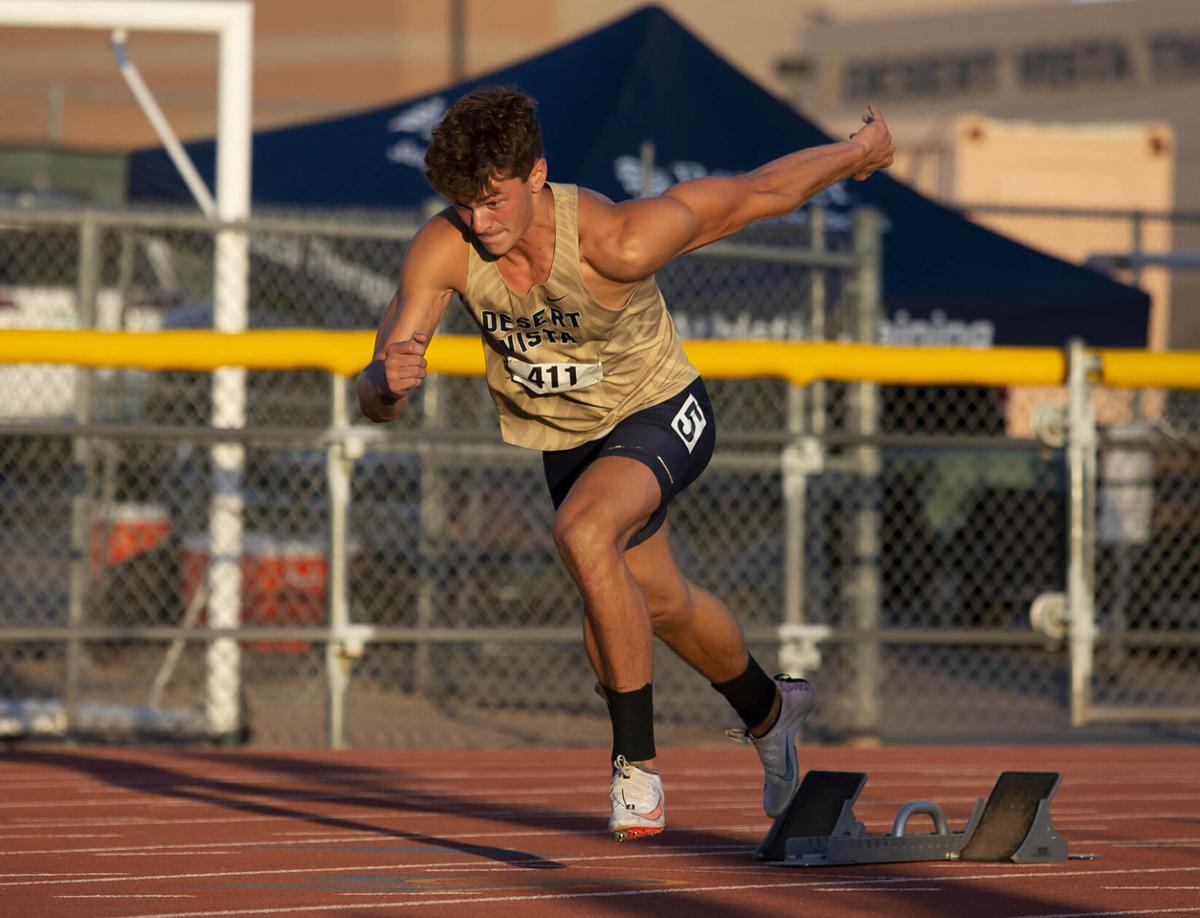 Desert Vista senior Luke Stalus was key for Desert Vista’s second-place finish in the boys Divison I state meet, as he won the 400-meter dash. 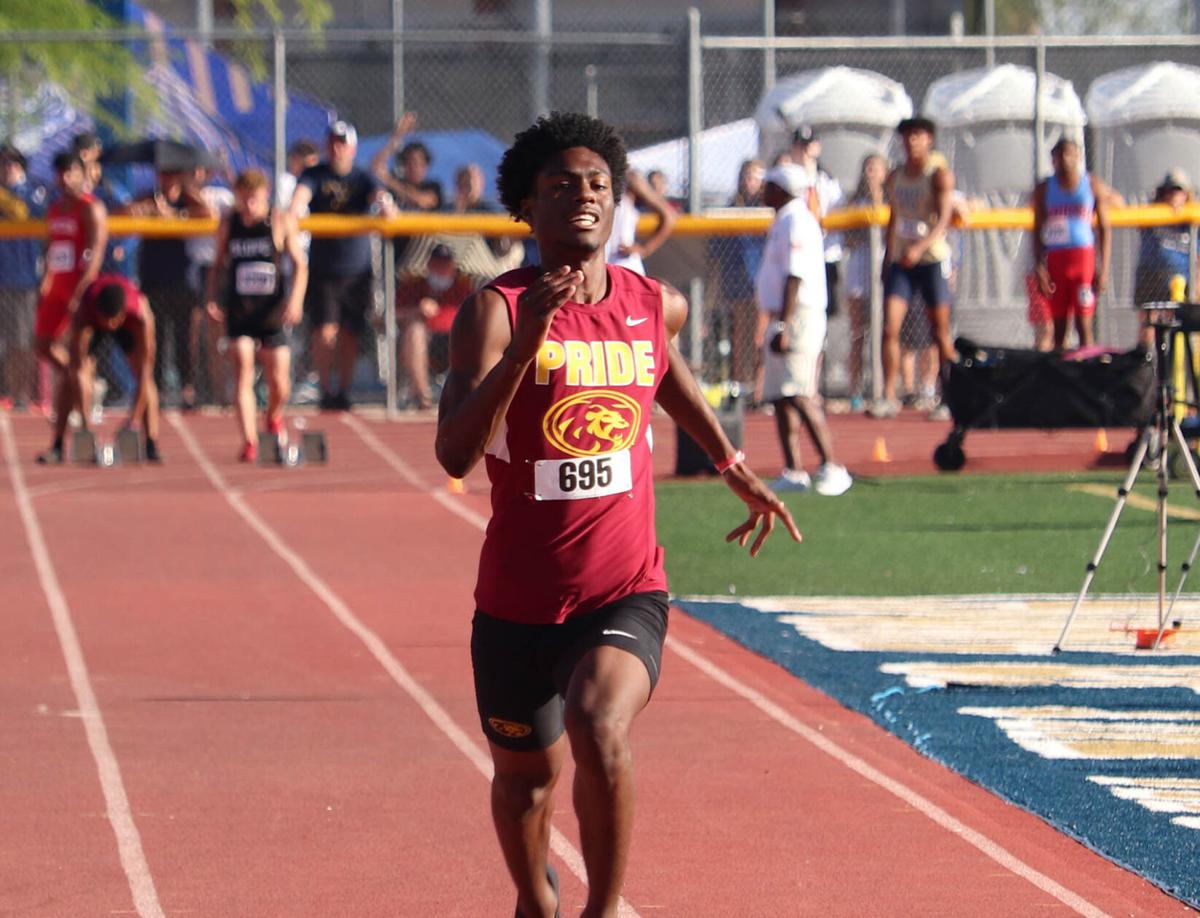 Mountain Pointe junior Amier Boyd competed in the 100-meter dash and on the Pride’s relay team at the state meet, a steppingstone toward rebuilding a program that struggled with participation the last two years.

Desert Vista’s girls’ relay team made up of Emily Littlefield, Alicia McManus, Lauren Ping and Katie Sigerud helped the Thunder place second overall in the state meet with a gold medal win in the 4x800-meter relay.

Desert Vista senior Mason Hickel placed second overall in the discus Wednesday but followed it up with a 61-foot throw in the shot put to win the Division I state championship on Saturday.

Desert Vista senior Luke Stalus was key for Desert Vista’s second-place finish in the boys Divison I state meet, as he won the 400-meter dash.

Mountain Pointe junior Amier Boyd competed in the 100-meter dash and on the Pride’s relay team at the state meet, a steppingstone toward rebuilding a program that struggled with participation the last two years.

For many Desert Vista and Mountain Pointe athletes, it was a breath of fresh air. Others saw it as a shot at redemption.

For the first time since the coronavirus pandemic forced the cancellation of the spring season last year, both Desert Vista and Mountain Pointe competed at the Arizona Interscholastic Association’s state championships last Wednesday and Saturday.

The last year away from the track has allowed Mountain Pointe to rebuild toward success it had just a few years ago, while Desert Vista reloaded its arsenal of talented sprinters, distance runners and field athletes.

But all in all, every athlete was thankful for the opportunity to once again compete for a state title.

Ping, who was recently named the Gatorade Female Cross Country Runner of the Year in Arizona for her performance in the fall, helped give Desert Vista early points in the state championship meet Wednesday. She and junior teammate Katie Sigerud finished first and second, respectively, in the 1600-meter run. The two were later part of the girls’ relay team that won the 4x800-meter relay alongside Emily Littlefield and Alicia McManus. They also finished first and second in the 3200-meter run Saturday.

Those three races set the stage for what would be a successful outing for the Thunder girls, who placed second overall in the meet behind a dominant Chandler squad.

“Working together each and every race, I think we know both of our abilities,” Sigerud said. “It felt good to get the points. We both wanted to help our team as much as possible to be state champs. So, both of us racking up those points was really good.”

Desert Vista’s girls also received a slew of points in other events. Sigerud took first in the 800-meter run. Sierra Doty placed fifth in the 400-meter dash while teammate Mya Fortune placed sixth. In the final event of the meet, Doty, Fortune McManus and Paige Dignan teamed up to place fourth in the 4x400-meter relay.

Desert Vista’s boys found similar success on the track and in throwing events.

Mason Hickel, the Thunder’s All-Star discus and shot-put athlete represented the program at a high level during the two-day meet. On Wednesday he placed second overall in discus with a throw of 174.3 feet. The mark earned his team eight points toward the total score. His second and best event, shot put, took place Saturday with Chandler’s Amar Elmore — who won the discus three days prior — poised for yet another strong showing.

However, Hickel once again proved why he has been the top-ranked shot-put thrower throughout the season and will undoubtedly be one of the best to ever come out of Desert Vista and the Ahwatukee community. His throw of 61 feet outpaced Elmore by nearly 10 feet. While it was just shy of his personal record of 63 feet, 6 inches, it earned him the gold medal and state title a week before he graduates.

“It’s a reflection of the work I’ve put in the last four years in high school and even before that,” Hickel said. “I think I’m temporarily satisfied. I’ll probably hang it up for a couple of months and then get ready to go throw at the Division I level in college. But overall, I think I’ll be walking away from a high school career where I can say I gave it my all.”

Hickel’s mark increased Desert Vista’s team score by 10 points on the final day of the meet. The Thunder boys also received help from a slew of other athletes.

Senior Luke Stalus medaled in two events for the Thunder. He won the 400-meter dash and placed second in the 200. Desert Vista also received a boost in points from senior Noah Jodon, who medaled in the 3200- and 1600-meter runs.

Overall, the Thunder boys finished with 61.5 total team points. They placed second overall behind Chandler, which won both the boys and girls titles, and narrowly edged Red Mountain, which finished with 61 points.

Mountain Pointe’s track & field team is in the middle of rebuilding its roster after participation numbers plummeted leading up to the pandemic and cancellation of the 2020 season.

The Pride have been able to gradually increase the number of participants thanks to an influx of football players for the boys’ program and young, talented girls in the other.

Many of Mountain Pointe’s top runners on the girls’ team were freshman this season, and several came out last-minute from other sports such as basketball. The girls competed in preliminaries last Wednesday with a chance to go to the finals for several events but were unfortunately able to qualify.

The boys’ team was represented by Garrison Douglass, Jack Farley, Jacques Jones and Amier Boyd in the 4x100-meter relay. The group placed seventh overall with a time of 42.85 seconds. Boyd also competed in the 100-meter dash, where he ran a personal record time of 11.08 seconds.

Boyd, a junior who recently made the transition from quarterback to wide receiver and defensive back for the Pride football team, said just having the opportunity to compete and represent Mountain Pointe’s rebuilding process was a reward in itself.

“Everybody is putting in the work and giving it their all,” Boyd said. “Everyone is working day in and day out, especially in the classroom. We all want to help build this program and we know it will take more than just practice on the track and field.”