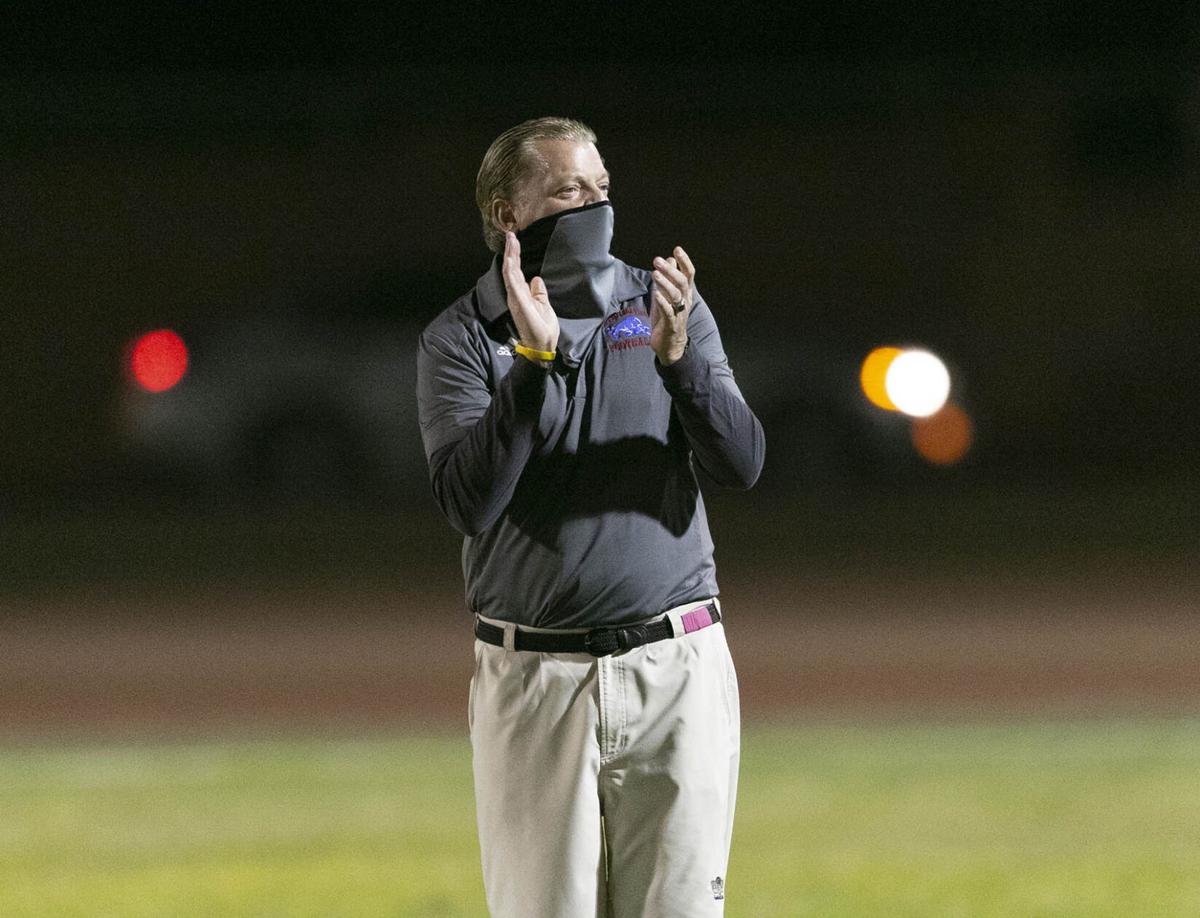 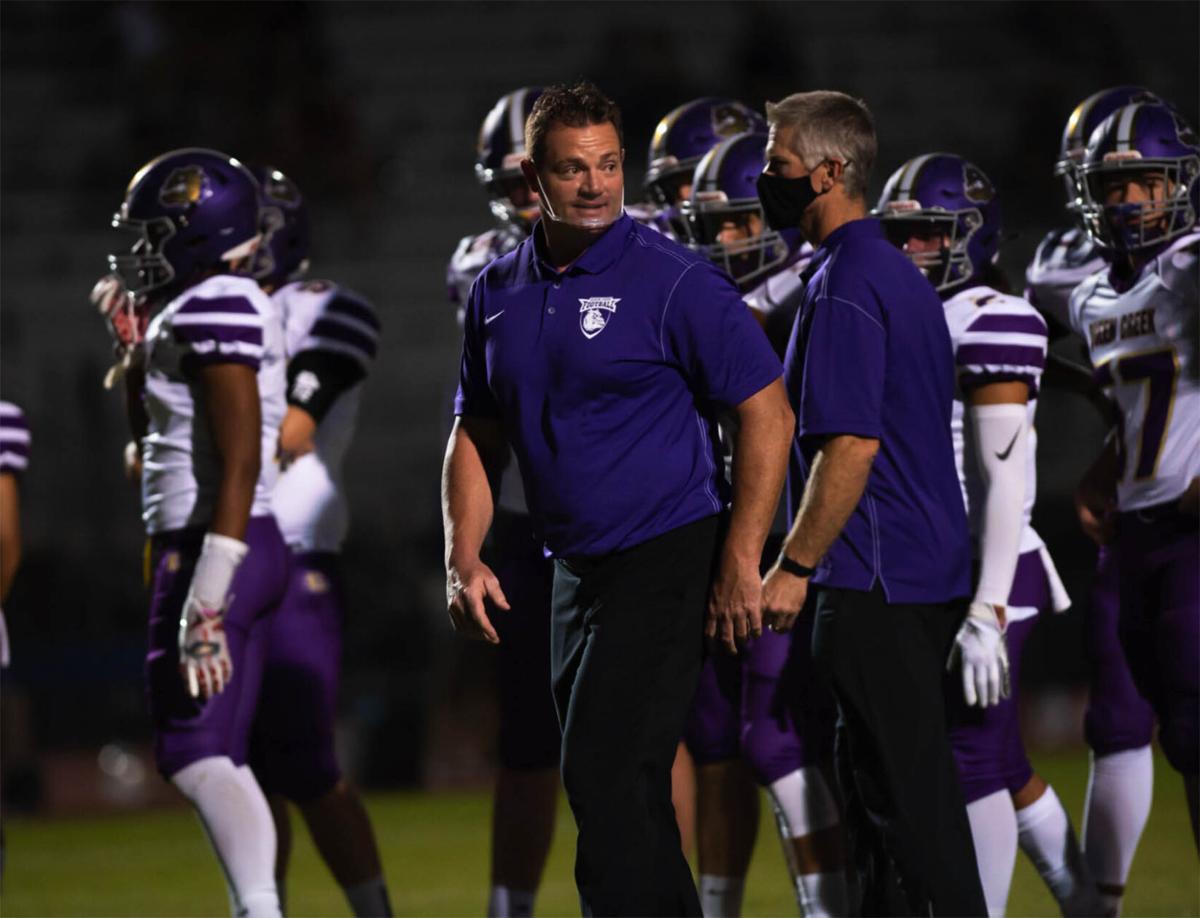 Joe Germaine, who spent the last two seasons as Queen Creek head football coach, has been hired to take over his alma mater, Mountain View.

Joe Germaine, who spent the last two seasons as Queen Creek head football coach, has been hired to take over his alma mater, Mountain View.

Mountain View High School announced Thursday it has hired Joe Germaine as its next head football coach after parting ways with Mike Fell.

"I want to thank Coach Mike Fell for all he has done for Mountain View Football in his five years as our head coach,” Hogen said in the release. “We are happy to have Joe Germaine back in Mesa coaching at his alma mater.”

Fell was hired to take over the Mountain View program in 2016 for former coach Chad DeGrenier, who left for Mesquite and is now the head coach at nearby Mesa High School.

In five seasons, Fell led the Toros to a 28-20 overall record, making the playoffs in three of those years. Mountain View’s first postseason appearance under Fell came in his first season. After finishing the year 7-3, the Toros went on to face Desert Vista in the opening round and lost.

Mountain View’s second playoff appearance under Fell came in 2017, and the third in 2019 with arguably one of the best upsets in the history of the 6A Conference. The Toros entered the postseason at 5-5 and were ranked No. 15 overall. They traveled to face second-ranked Brophy and knocked off the Broncos before falling in the second round.

Despite going 6-2 in the COVID-stricken 2020 season, Mountain View’s strength of schedule left it out of the postseason.

Germaine spent the last two seasons leading the Queen Creek High School football program. Under Germaine, the Bulldogs went 15-7 overall and made the 6A Conference playoffs in both seasons.

A Mountain View alum, Germaine now returns home to his alma mater where he helped lead the Toros to a state championship in 1993 as a senior at quarterback, when he passed for more than 2,000 yards and 23 touchdowns. Following his high school career, Germaine went on to play at Scottsdale Community College and then Ohio State University where he lead the Buckeyes to a 1997 Rose Bowl win over Arizona State.

Germaine was drafted by the St. Louis Rams in 1999 and he served as backup quarterback to Kurt Warner during the team's Super Bowl 34 win. He also had brief stints with the Kansas City Chiefs, Cincinnati Bengals and San Diego Chargers.

Germaine played for the Arizona Rattlers and Utah Blaze before he was named head coach of the Queen Creek football team the first time in 2010. He stepped down in 2013 and Travis Schureman, Germaine's teammate at Mountain View, took over until 2019 when they swapped roles again.

“Joe Germaine is an exceptional football coach,” Oliver said in the release. “He is a model of excellence in every way for the students he will soon lead onto the field on Friday nights. I am honored to work alongside Joe in building upon such a rich legacy."

Germaine will officially take over at Mountain View on July 1.