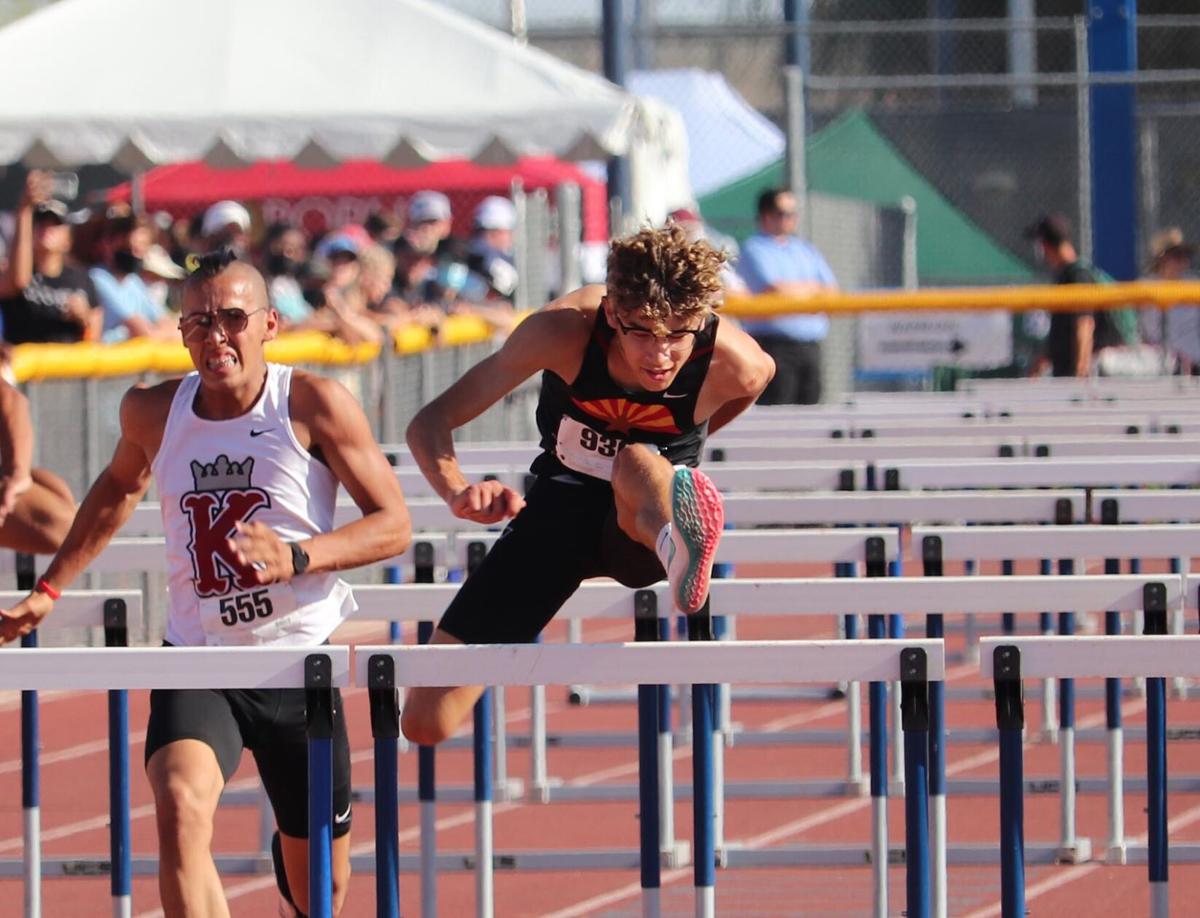 Red Mountain junior Yan Vazquez rana. 36.6 300-meter hurdles Saturday, May 15 during the state track & field championships, a personal record and one of the best times ever recorded in Arizona. 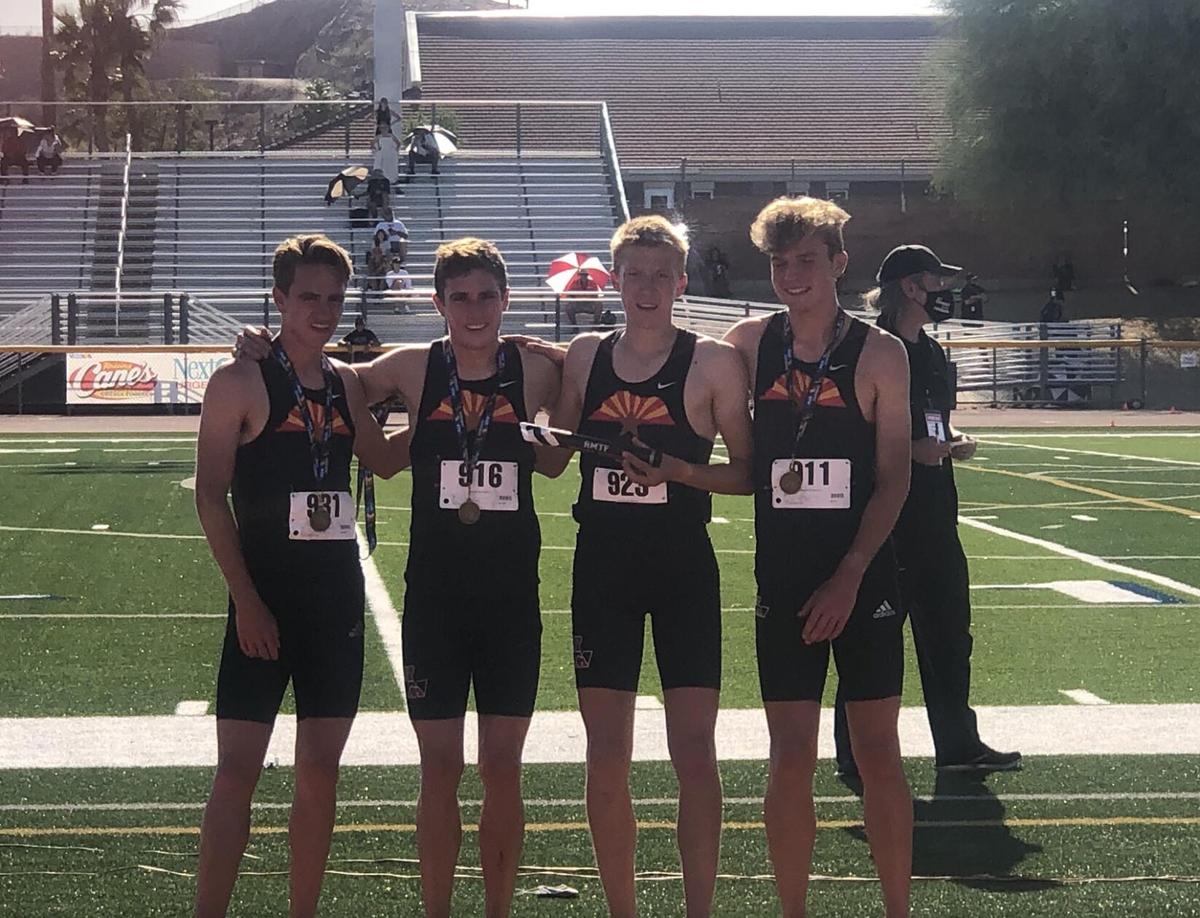 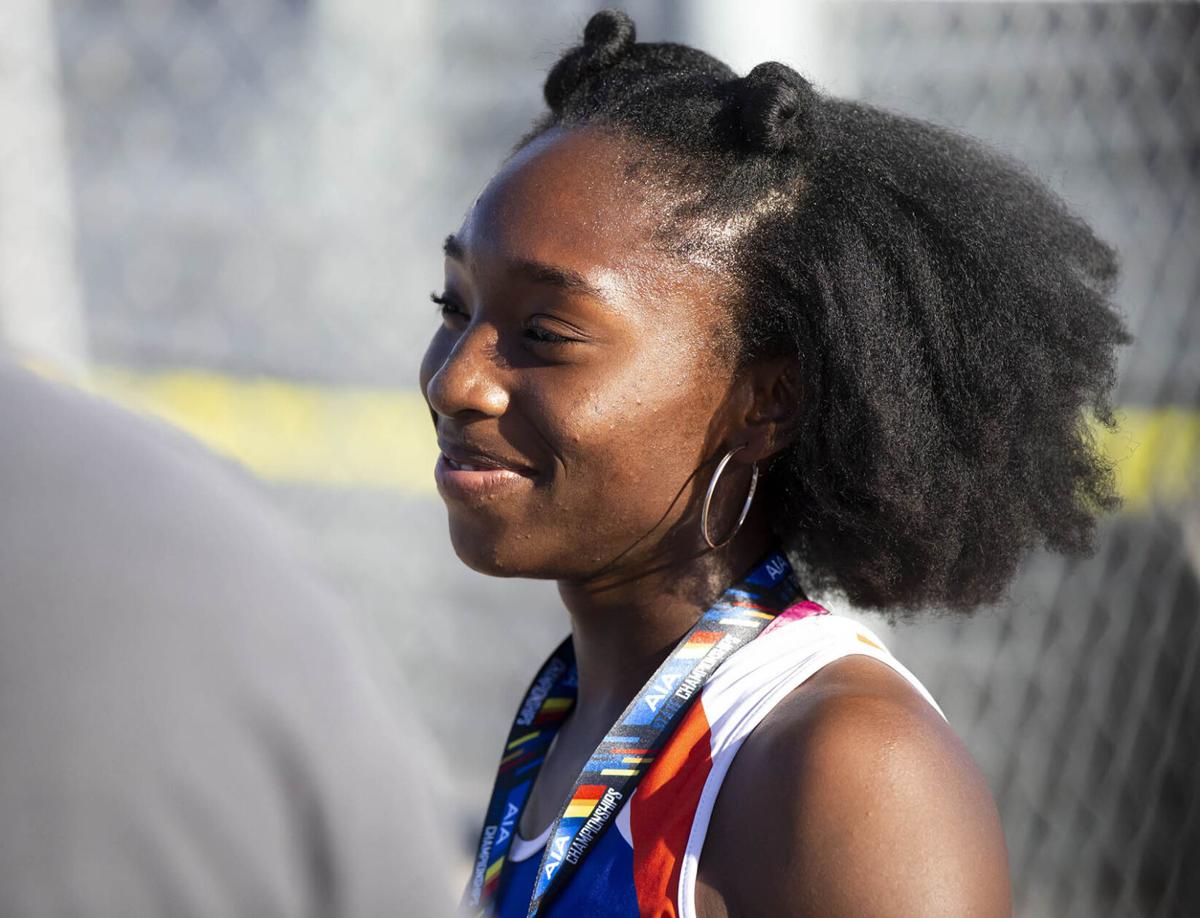 Westwood senior Rahni Turner left her stamp on the Warriors’ track & field program after winning the the state championship in 100-meter hurdles. 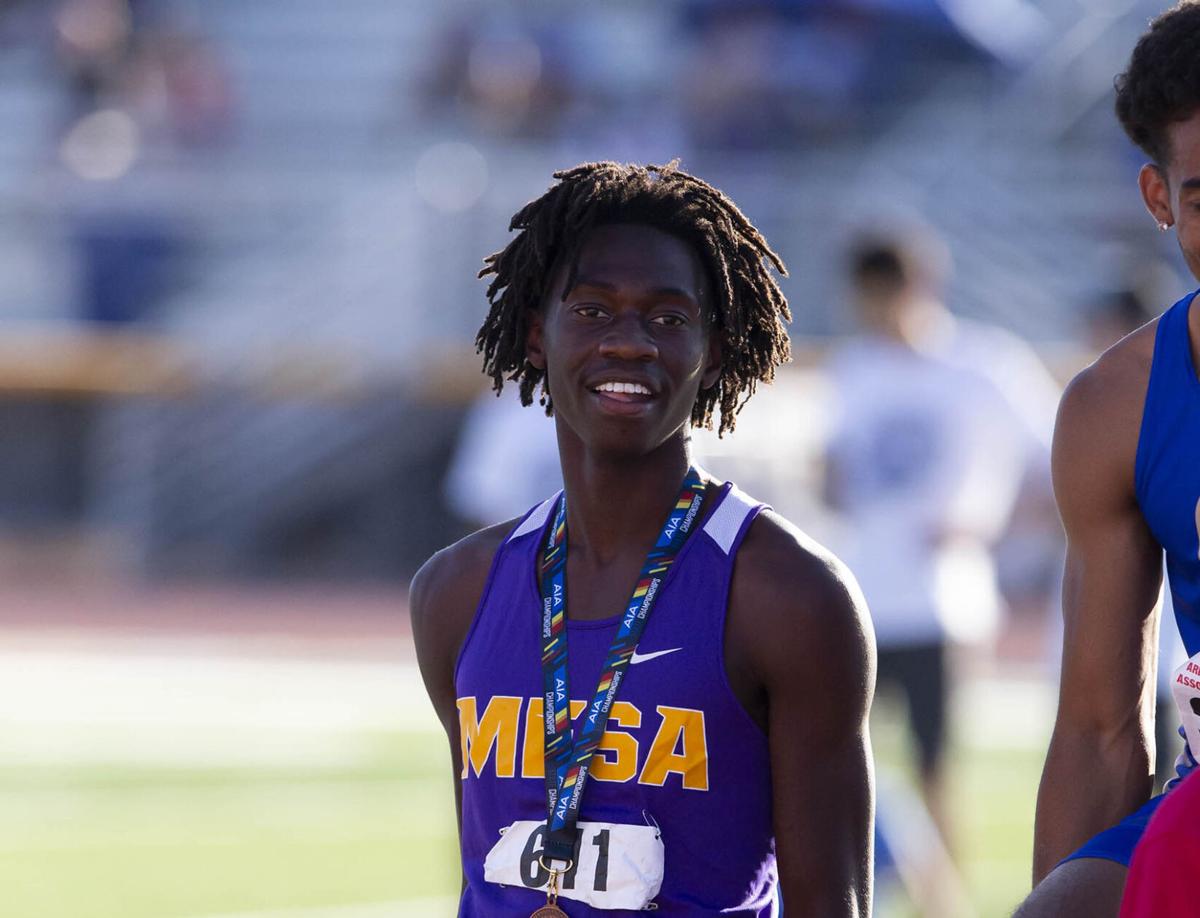 Mesa senior Khamis Hassan placed third overall in the boys’ Division I 100-meter dash with a personal record time of 10.55 seconds. He was happy with his performance and to have the ability to represent the Jackrabbits.

Red Mountain junior Yan Vazquez rana. 36.6 300-meter hurdles Saturday, May 15 during the state track & field championships, a personal record and one of the best times ever recorded in Arizona.

Westwood senior Rahni Turner left her stamp on the Warriors’ track & field program after winning the the state championship in 100-meter hurdles.

Mesa senior Khamis Hassan placed third overall in the boys’ Division I 100-meter dash with a personal record time of 10.55 seconds. He was happy with his performance and to have the ability to represent the Jackrabbits.

The 2021 state track & field meet brought along an opportunity spring athletes missed out on last season due to the coronavirus pandemic.

Mesa schools were well represented throughout the two-day event at the Division I level, with Red Mountain’s boys placing third overall in the team scores and a slew of other athletes winning individual titles throughout the district.

All in all, athletes who competed in both the preliminaries and finals were thankful to have an opportunity.

Red Mountain’s boys’ 4x800-meter relay team kicked off the state championship meet on Wednesday, May 12 with a gold medal. The team of Czajkowski, Joseph Hamilton, Thomas Sewell and freshman Tyler Matthews, who ran anchor for the Mountain Lions, were the favorites to win the event heading into the finals.

The Mountain Lions’ qualifying time was already a program record at 7:58.81, but they bested themselves by nearly four full seconds in the final. They also beat Brophy, the second-place team by five seconds.

“Our qualifying time was awesome, but we all knew we had more in it,” Sewell said. “I think that was a big motivation for us. We knew the conditions that day weren’t great, and neither was today, but we knew we had a lot more in it. We really wanted to push for it.”

The win by the Mountain Lions in the relay set the stage for what would be a strong performance overall.

However, Vazquez’s time of 36.68 seconds in the 300 hurdles was not only a personal record but one of the top times all-time in Arizona. He won gold in the event.

“When I was warming up I kind of felt sluggish and weird, so I didn’t feel like I was going to go that fast,” Vazquez said. “I was hoping to just win or take second, but it feels amazing to be able to get my (personal record).”

Westwood senior Rahni Turner found herself behind Hamilton freshman Kori Martin by .9 seconds in the 110-meter hurdles preliminary race Wednesday. Martin, who ran the fastest time for a freshman in the country, seemed poised to take gold in her first-ever state championship race at the high school level.

However, Turner said the conditions were perfect for her to succeed. She ended up taking gold in the event, running a 13.68. The mark was a new personal record for the senior.

Turner went on to compete in the 300-meter hurdles, placing second overall with a time of 43.74 seconds. Chaparral’s Neya Jamison won gold in the event at 43.64 seconds.

“I was going for (the state record),” Turner said. “I love running in the heat and I knew everyone would be really fast today. My goal was to just be able to place first and to do that, I feel really good. Now I can walk out of here knowing I left a mark on Westwood.”

Just as Red Mountain and Westwood were represented by their athletes on the podium, Mesa High also saw one of its own medal in events.

Hassan smiled at the thought of representing the Jackrabbits, a program often overlooked by opponents and those involved in track & field. Mesa doesn’t have the same number of athletes many of its counterparts in the district do.

But the athletes that do compete for Mesa are just as talented. Hassan made that clear after he had concluded his events at the state track & field meet.

“Man, it feels great to go to Mesa High,” Hassan said. “Great coaches who really care about you. I love running underneath that program. We are always slept on, but we do our thing. What I did hasn’t been done in a while at our school, but we have a lot of athletes coming up.”

While it wasn’t the year Mountain View athletes had hoped for, the Toros were still well represented in the state championships.

Cash Connolly placed third overall in the Division I boys’ triple jump with a distance of 44-feet, 1.25 inches while Grace Williams placed third in pole vault.