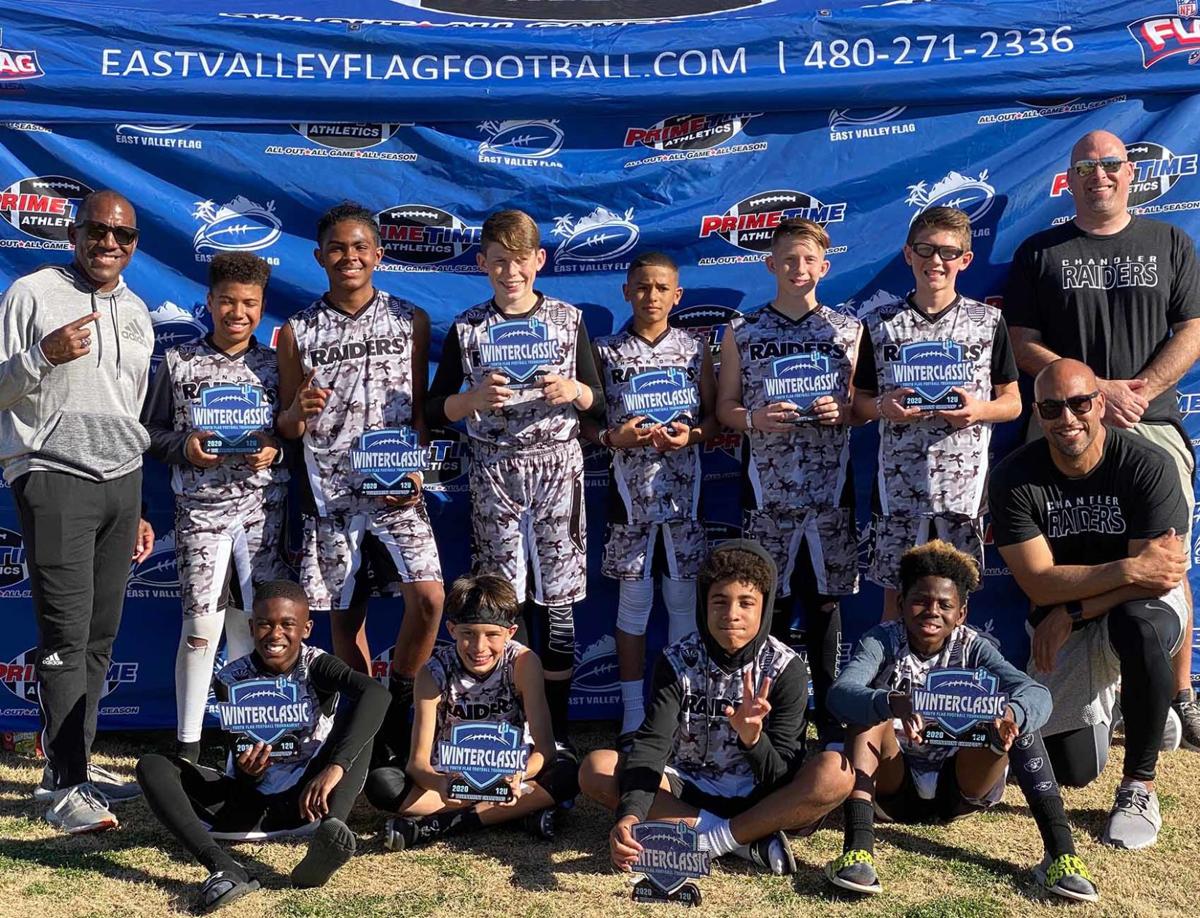 The NFL Flag National Championship is the second national tournament the Chandler Raiders will play in during a two-week span. The Raiders competed in the National Flag Football Championships in Tampa, Fla. from Jan. 17-20. 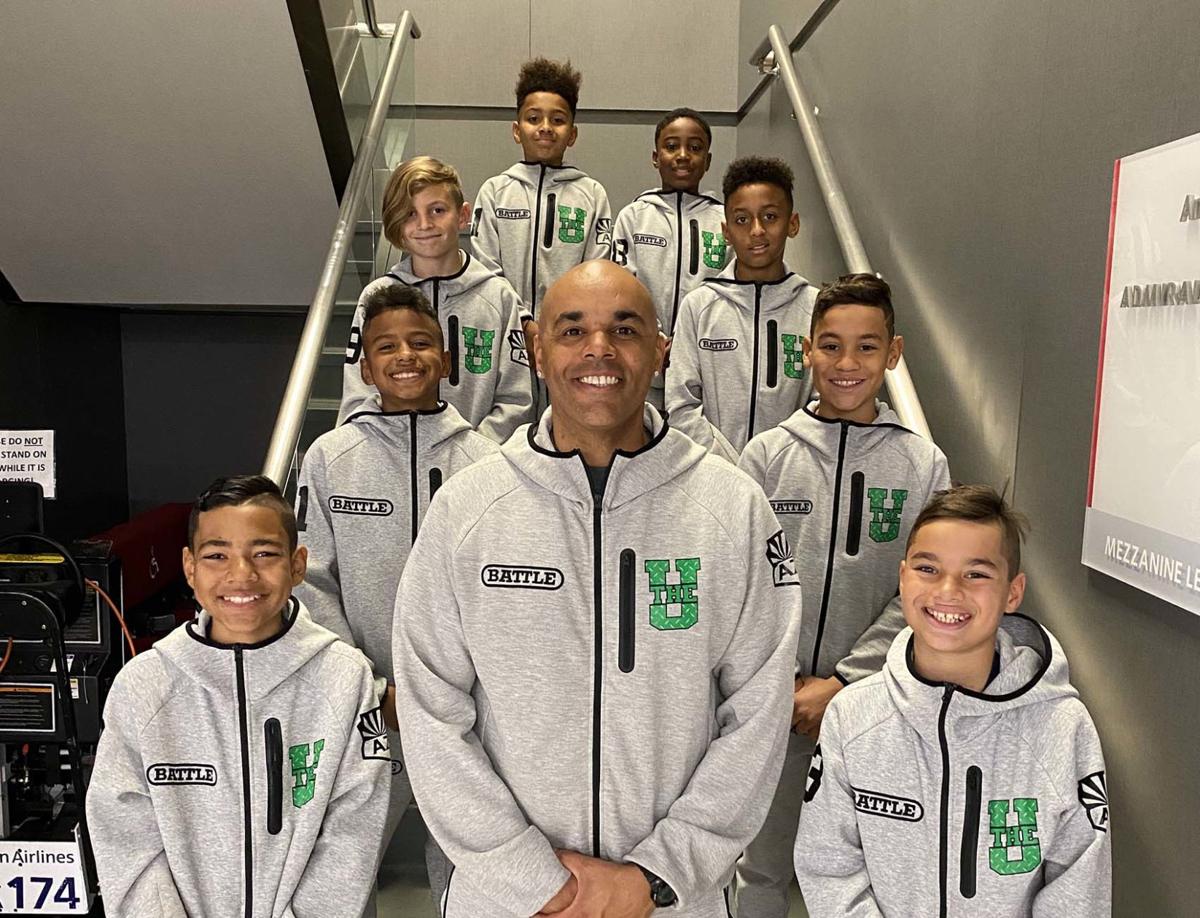 The Unit, comprised of players from Chandler and across the Valley, qualified in Las Vegas to compete in the NFL Flag National Championship in Orlando, Fla. at the Pro Bowl. 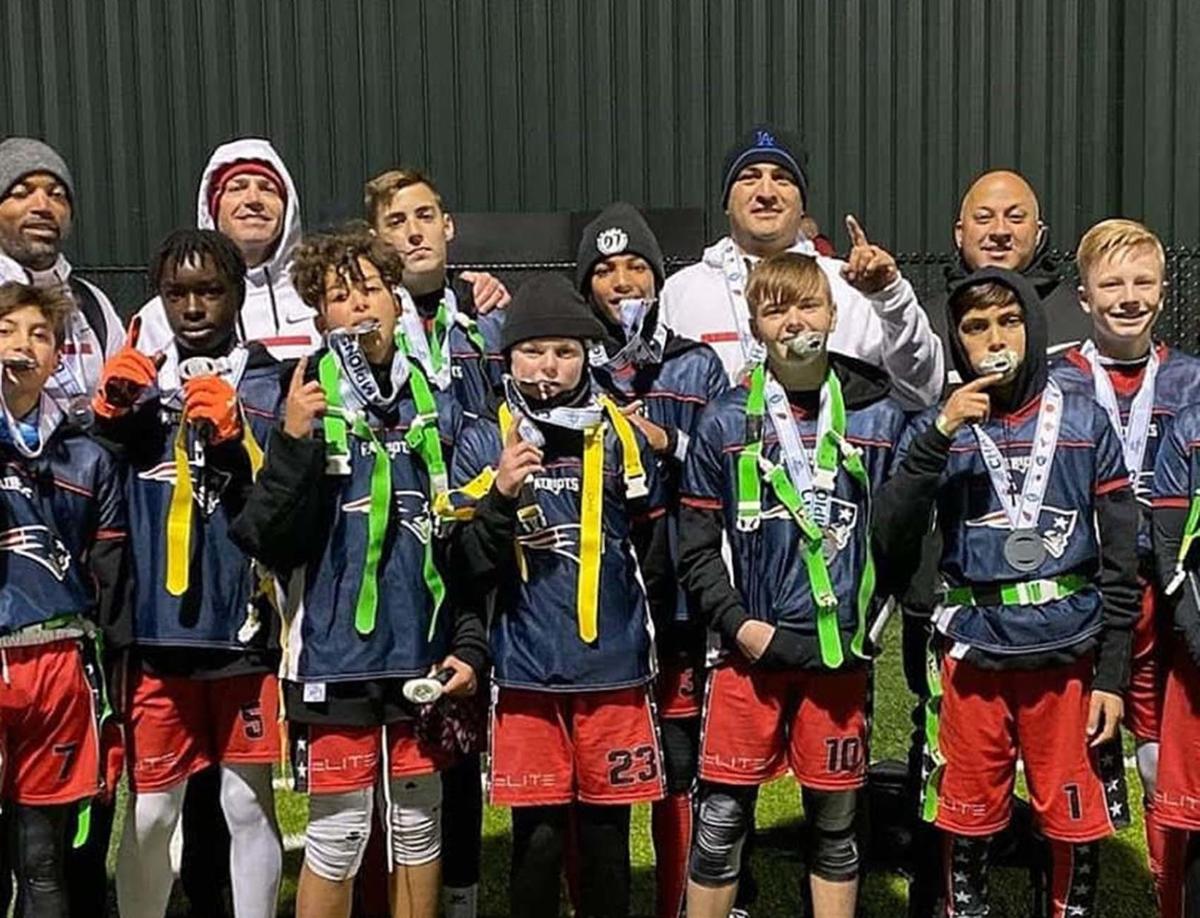 The Elite is one of four teams from Arizona competing in the NFL Flag National Championship in Orlando, Fla. at the Pro Bowl this weekend.

The NFL Flag National Championship is the second national tournament the Chandler Raiders will play in during a two-week span. The Raiders competed in the National Flag Football Championships in Tampa, Fla. from Jan. 17-20.

The Unit, comprised of players from Chandler and across the Valley, qualified in Las Vegas to compete in the NFL Flag National Championship in Orlando, Fla. at the Pro Bowl.

The Elite is one of four teams from Arizona competing in the NFL Flag National Championship in Orlando, Fla. at the Pro Bowl this weekend.

The Elite, a team made up of 11 and 12-year-olds from Mesa, Chandler and Gilbert, are one of three teams from the area that departed for Orlando to take part in the NFL Flag National Championships. Tournament play begins Friday, Jan. 24 and runs until Saturday, Jan. 25.

The Elite will compete in the 12U tournament with a chance to play for the national title during halftime of the Pro Bowl Sunday.

“We’ve been trying to accomplish this for two years now,” said Elite coach Joey Gonzales. “Most of my team has been together for almost three years. It’s just amazing for me, the boys and their families to have this opportunity.”

The Elite’s run to the national championship tournament stemmed from its fall season in the Playmakers Gilbert League, one of the premier leagues in Arizona. Following the end of the regular season, the Elite took part in two of eight regional tournaments put on by the NFL.

The team first competed in Las Vegas, Nev., where they fell to in the championship game. The team’s next regional test took place in Boston, Mass. in November. It was at that tournament that the Elite punched their ticket to the national championships.

“We strategically played in the two other tournaments,” Gonzales said. “We flew into Boston, went to bed and woke up the next day and won. We kind of wanted to try and bypass the Arizona regional because it is such a big market for flag football and is known as one of the most competitive states out there.”

The Elite is joined in Orlando by Tucson Turf, the Chandler Raiders and The Unit, a team made up of players from across the Valley, several of which from Chandler. The Unit will compete in the 10U bracket, while the Raiders have teams in the 11U and 12U tournament.

“These tournaments definitely showcase the talent level on the main stage,” Raiders coach Harley Ely said. “Just in our 8-team pool play there’s three teams from Arizona. There’re even more teams that could have traveled and taken more spots. It’s a testament to not only the talent but what we are doing in Arizona.”

The NFL Flag games will mark the second-straight national tournament the Raiders will compete in during a span of two weeks.

From Jan. 17-20, the Raiders competed in the National Flag Football Championships in Tampa, Fla. Team Ace’s 9 and 10U teams from Gilbert, the 9U Cave Creek Elite, the 8U AZ Ballhawks and the 10U Team Impact – both from Phoenix – also competed in the tournament. The 12U Raiders fell to the eventual champion in the quarterfinals. The 11U Raiders placed second overall in the national tournament, as they fell just short of tying the game to send it to overtime.

“They battled back and got close,” Ely said. “We got to see two of the eight teams that we will see at the Pro Bowl tournament while we were in Tampe. The 12U team will play one of the teams that beat us, which after watching film, we realized the mistakes they made. I think they’re hungry and want a little redemption for how they played in Tampa.”

The Raiders qualified for the NFL tournament after winning the Las Vegas regional. The Unit also qualified in Las Vegas.

“I would sit and look at Instagram posts from previous pro bowls and I always thought how great of an experience that would be for our kids and families to experience that,” said Thomas Hill, the coach of the Unit. “We showed our kids and their eyes lit up. They wanted to get to this point and everyone bought in. Now they’re enjoying the experience of being here.”

Hill brought his Unit team together a year ago. Previously, Hill ran a team called G-Unit, which was based near Anthem. But after taking his team to several tournaments featuring top teams from around the country, he realized it would take a collective effort from some of the best players in the state to compete at a national level.

He got in contact with several parents and they all agreed to play together for certain national tournaments. That way, the players could still compete with their original teams in local leagues.

Everything fell into place for the better.

“I told them I wanted to put together a group of kids to play a high level of football and go win a national championship,” Hill said. “As dads, we put our walls down and decided to partner together versus trying to do it against each other.”

The Unit, Raiders and Elite all came from the same Playmakers league, making them familiar with one another. While some are different age groups, the thought of representing one league and the state as a whole was enough to fuel every team’s fire to compete on a national stage.

“Arizona really is the mecca of flag football,” Hill said. “A lot goes through and stops in Arizona. For us to be able to have so many teams out there speak volume to the talent level, the commitment and the coaching.

“It means a lot to have that ‘AZ’ on our backs and a Cardinal on our chest. Our goal is to bring back a national championship and make the state proud.”