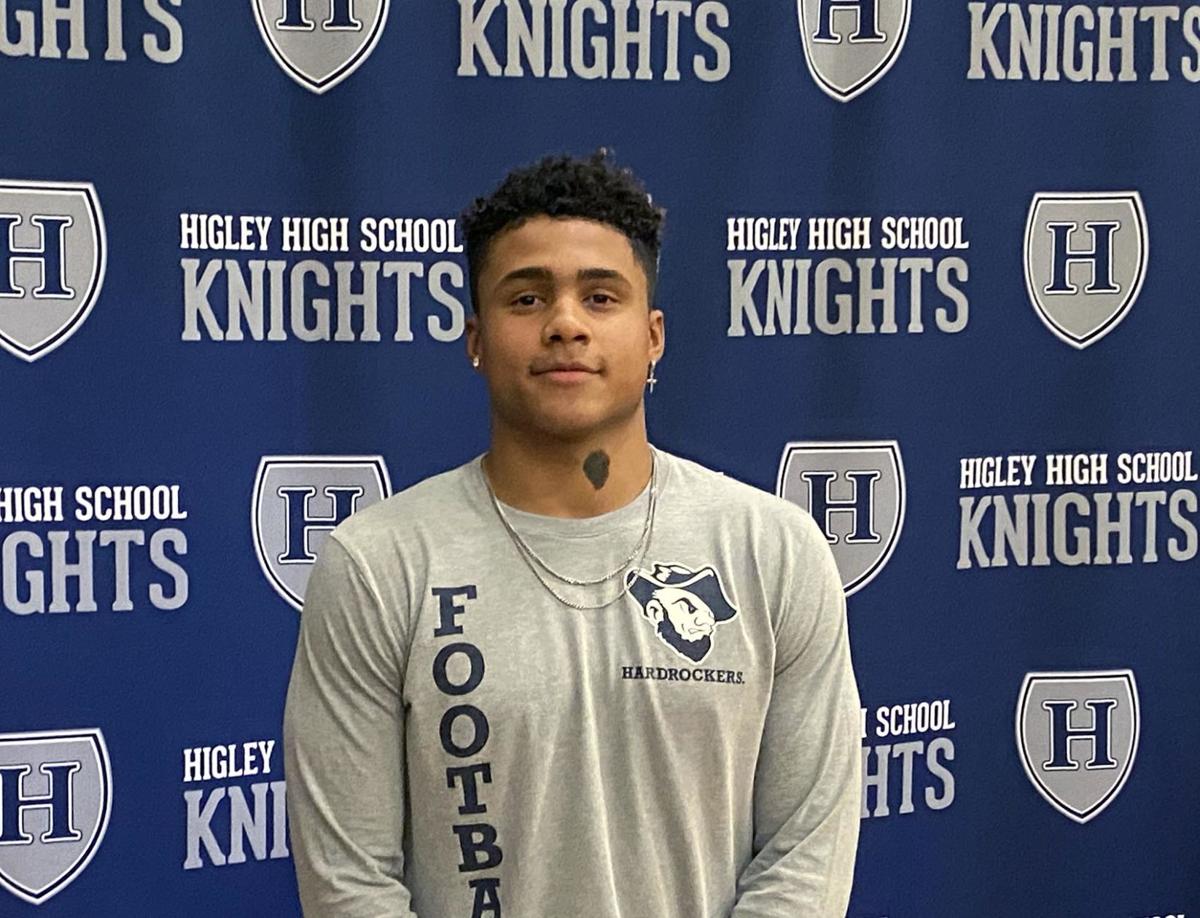 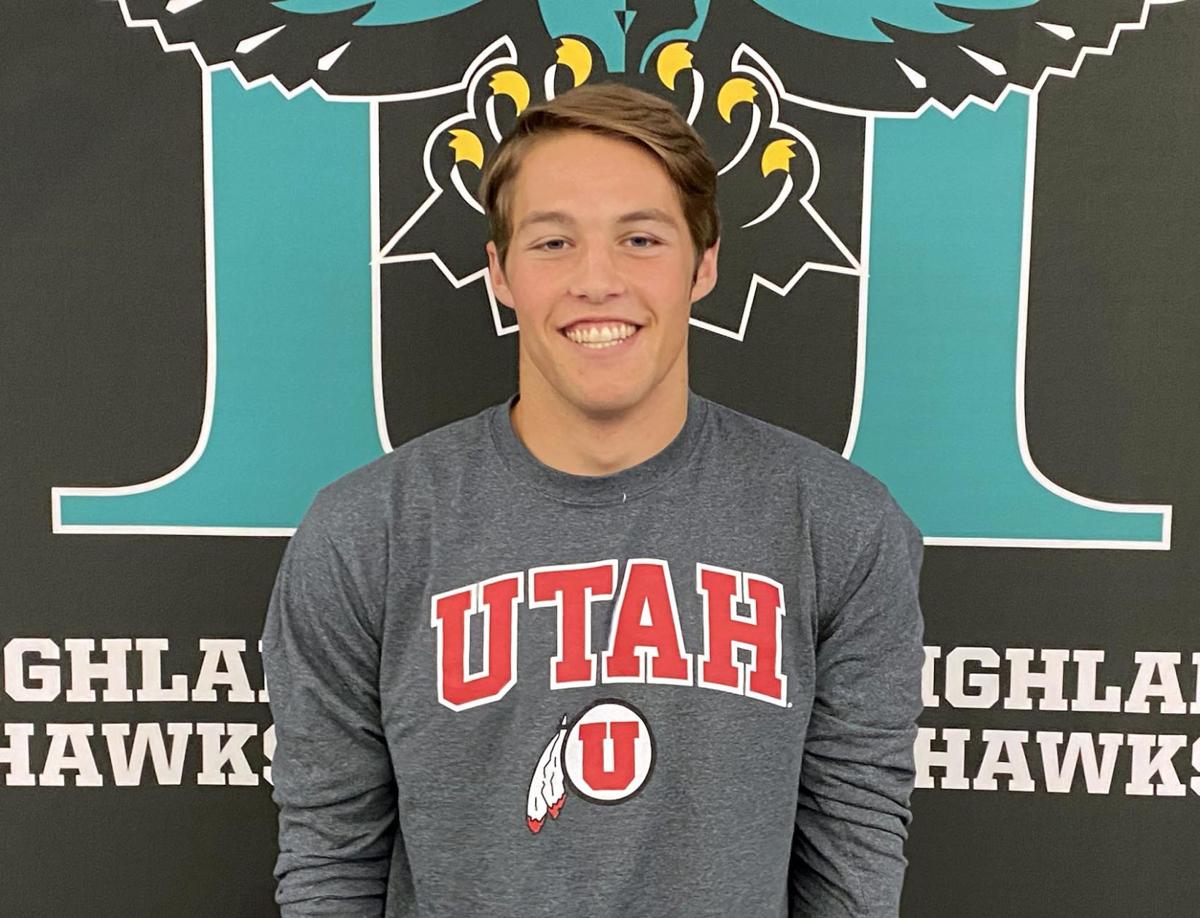 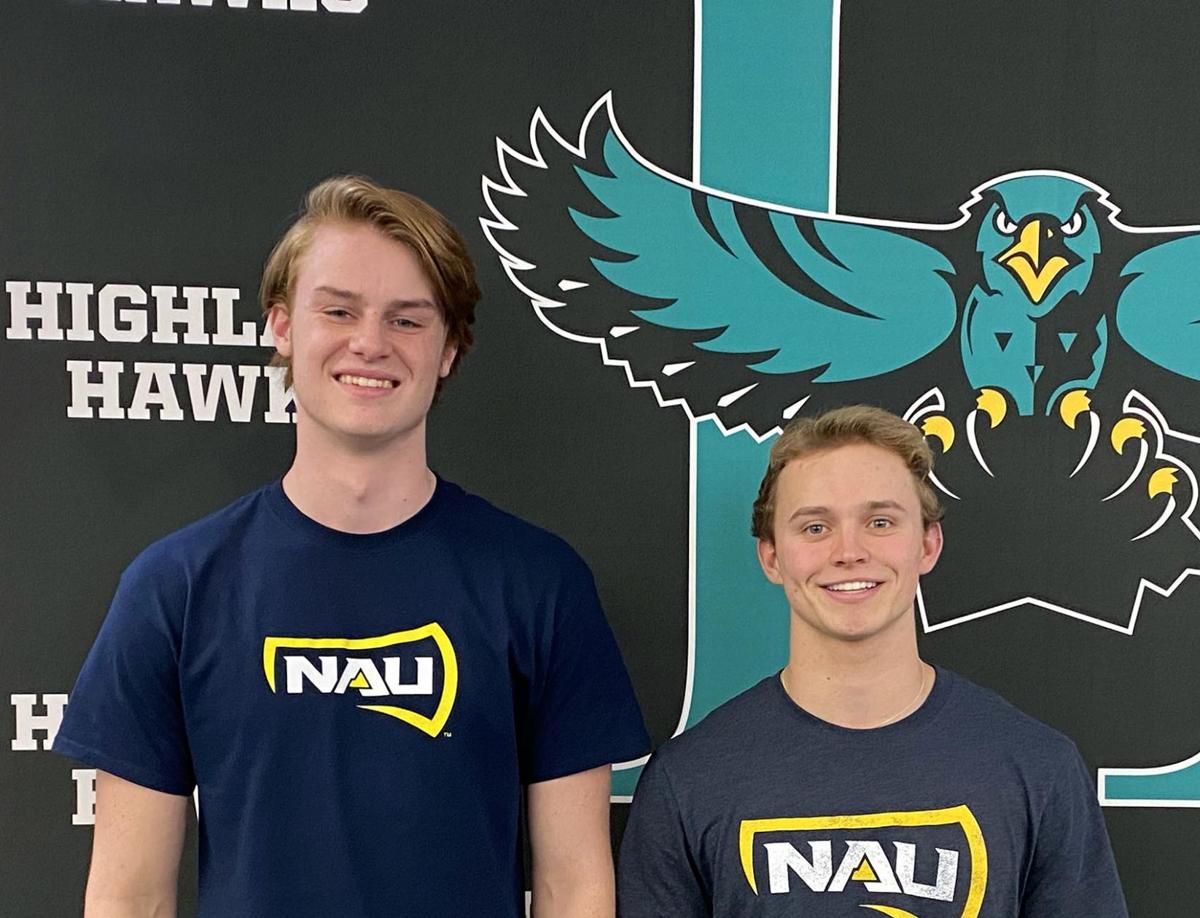 Parents, friends and administrators filled the auxiliary gym at Higley High School on Feb. 5 as several Knight athletes signed their National Letters of Intent to continue their athletic careers at the next level.

“We’ve definitely, over the last couple of years, have stepped our game up,” Higley football coach Eddy Zubey said of the school’s athletic programs. “It’s a commitment in the offseason by the coaches that are here and the kids. The quality is getting batter.”

Among Higley’s signees were seven players from the football program that made it to the 5A quarterfinals in the fall. Jason Harris, Higley’s four-star defensive end, put ink to paper to make his college destination official.

In January, Harris announced during the Under Armour All-America Game he would attend the University of Colorado. His decision was broadcasted live on ESPN.

“Colorado felt like home for me,” Harris said. “Boulder is a beautiful place to live and just training up there with the elevation I think will put me on another level.”

Harris chose not to follow in the footsteps of his family. His father, Sean, played football at the University of Arizona. His mother, Cha-Ron, played basketball for the Wildcats. His older brother, Jalen, started last season at defensive and for Arizona.

While he admits it was difficult to go away from the U of A bloodline in his family, Harris believes Colorado was ultimately the best destination for him to grow as a player.

“It was definitely hard but at the end of the day I have to trust my gut,” Harris said. “I just had to follow my dreams and they were ok with that. They just said they wanted me to be happy.”

Higley senior athlete Isaiah Eastman also made his college destination official on Signing Day, as he signed his National Letter of Intent to continue his career at South Dakota School of Mines.

“I love the offense they run up there,” Eastman said. “I feel like I can really fit in up there. It felt like a family and it was a comfortably environment.”

Eastman was drawn to the Hardrockers after a visit to the campus in Rapid City, South Dakota. A transfer from Desert Ridge after his sophomore year, Eastman rushed for 1,068 yards and 12 touchdowns last season for the Knights. He also caught 40 passes for 528 yards and five more touchdowns.

Eastman believes his skillset will allow him to immediately challenge for playing time at South Dakota School of Mines. Though one other factor contributed to his decision to sign with the Hardrockers.

His brother, Adrian, is heading into his sophomore season in the football program.

“We’ve always wanted to play together,” Eastman said. “We almost did sophomore year, but it didn’t end up working out. Now that we have a chance to do it, it’s super exciting.”

Daniel Wood, Highland’s running back and linebacker, was one of the five players. Wood signed a preferred walk on offer from the University of Utah, but he also received a full academic scholarship from the school.

He plans to play only running back when he arrives in Salt Lake City but has flirted with the idea of also transitioning to defensive back.

“I went up there and I loved the facilities and I love the culture they’re building right now,” Wood said of Utah. “It’s fun to win and they’re winning. I just love the coaches an everything they have planned.”

Wood was joined by teammates Tysen Rohner and Tanner Crandall, who both signed with Northern Arizona University.

Crandall, a standout basketball player for the Hawks, was mobbed by both his current and former teammates following his signing to NAU becoming official.

“I’m just grateful for the opportunity and they showed a lot of interest in AZ guys,” Crandall said. “They have something special going on and I wanted to be part of it.”

Rohner suffered an injury just two games into his senior year. As a result, he was sidelined and missed Highland’s final 10 games of the season.

But at 6-foot-6, 210 pounds, the tight end was given an opportunity to bounce back at the college level for a rising Lumberjacks’ program.

“For them to give me an opportunity to play at the next level even though I missed my senior season, I’m really grateful for that,” Rohner said. “I’m just excited to get back to it and play the game I love.”

Athletes in Gilbert who signed on Feb. 5

Will Plummer, Football, University of Arizona