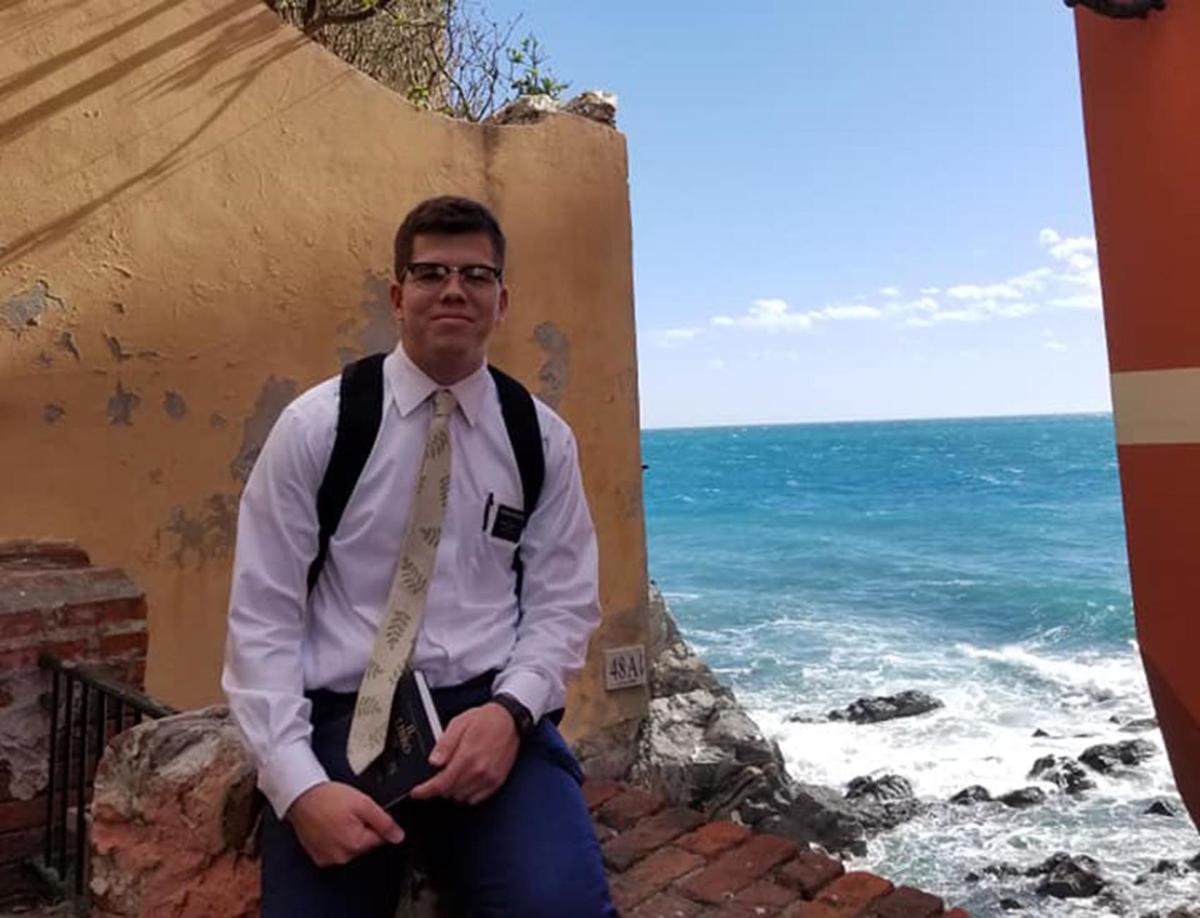 Former Williams Field quarterback Zack Shepherd has been in lockdown for more than 60 days while serving his two-year church mission in Lombardy, Italy, the center of the coronavirus outbreak in the country. 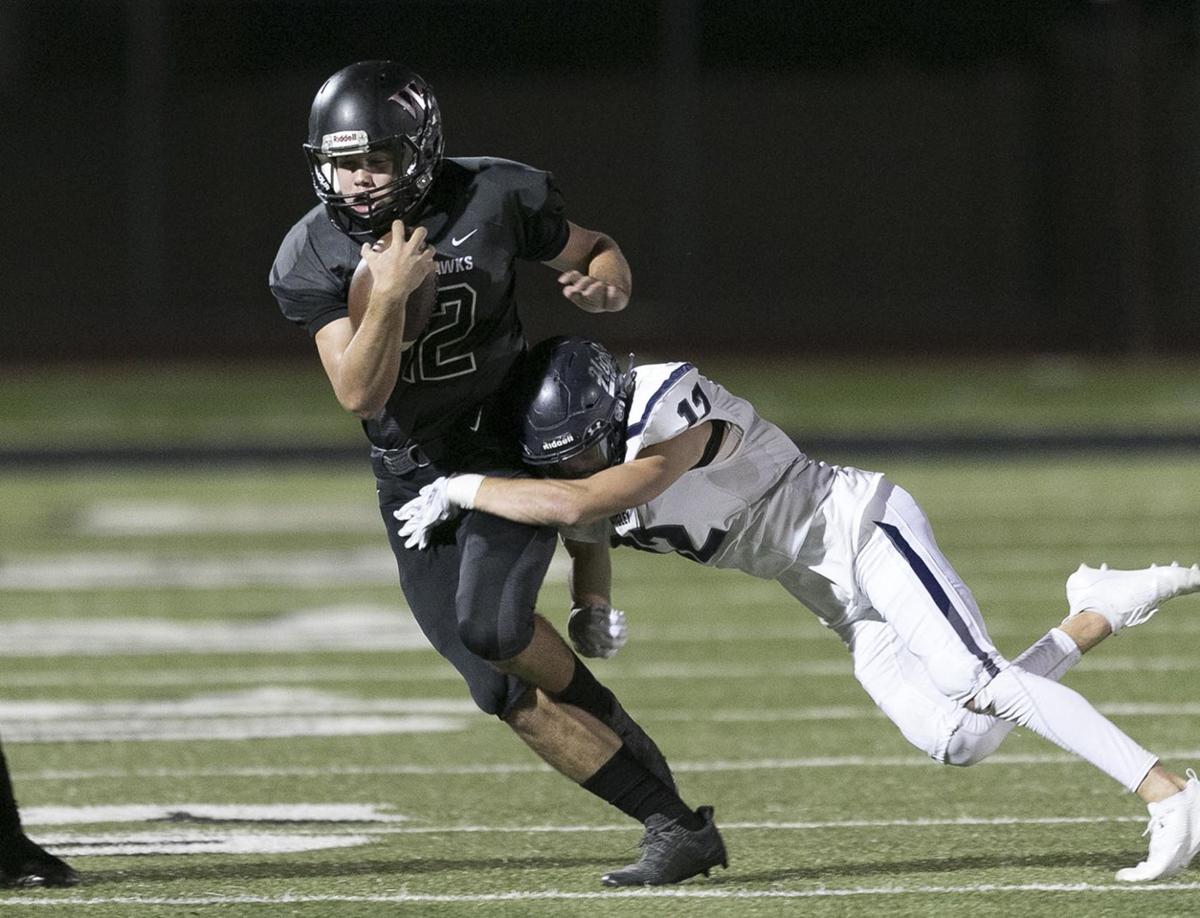 Zack Shepherd’s time away from football has made him realize how much he truly loves and misses the game. When he returns from his church mission next year, he will resume his career at Southern Utah University.

Former Williams Field quarterback Zack Shepherd has been in lockdown for more than 60 days while serving his two-year church mission in Lombardy, Italy, the center of the coronavirus outbreak in the country.

Zack Shepherd’s time away from football has made him realize how much he truly loves and misses the game. When he returns from his church mission next year, he will resume his career at Southern Utah University.

When Zack Shepherd departed for Italy in 2019 for his two-year church mission, his main focus was to share his faith with the Italian people.

A year later, his goals remain the same, even though the world around him has seemingly come to a halt.

“It definitely hit very fast,” Shepherd said. “It’s been a very different lifestyle, like it’s become for everyone else in the world. Over the course of a few days it just went up and up. We’ve been inside ever since.”

The former Williams Field quarterback was called to serve his mission for the Church of Jesus Christ of Latter Day Saints in Lombardy, the region at the center of the outbreak in Italy. As of Tuesday, April 21, more than 67,000 cases have been reported in Lombardy with more than 12,500 deaths.

The church acted quick when the virus began to spread in Italy, immediately mandating a lockdown for missionaries in Italy two weeks before the Italian government did the same for everyone.

Shepherd and his roommate have remained in their apartment since ever since. They only venture out once a week to a local grocery store nearby. There, they are met with long lines and only a certain number of people are allowed in at a time. Shepherd said he typically waits about 45 minutes before he is allowed in the store.

Gloves and masks are required.

He spends his time reading, watching Ted Talks and working out at least twice a day. His apartment complex has an outdoor courtyard in the center of the building where he and his roommate are able to go when they do not workout inside.

As has been seen across social media platforms since the lockdown in Italy began, Shepherd said he can see flags being flown on other balconies and from windows. He can also hear people singing.

“It’s cool, I’ve seen it,” Shepherd said. “It’s definitely been hard at times but it’s cool to see how people are obeying the laws put in place to reduce the spread. They’re really taking the coronavirus seriously.”

Shepherd spent three seasons as the starting quarterback for Williams Field, leading the Black Hawks to an undefeated season and state-championship win as a sophomore in 2016. He led   Williams Field back to the playoffs the next two seasons, including a semi finals appearance as a senior in 2018.

He finished his career with 6,640 passing yards and 57 touchdowns. He also rushed for two more scores in his career. He earned scholarship offers from Brown University and Southern Utah, as well as a preferred walk-on offer from Arizona State.

Shortly before he left for his mission in Italy, he committed to Southern Utah.

“To get back to SUU, I’m so excited for it,” Shepherd said. “Taking a step away from football, I think, has helped me in many ways. I’ve regained the true love I have for it. I miss it so much and I haven’t really had a chance for that since I’ve never really been away from it.

“I’m excited for the future of SUU football.”

Shepherd said he’s also found a new love in soccer, which essentially goes hand-in-hand with Italian culture. But he and his roommate have occasionally shared their love for American football, playing catch with the local children.

It’s rare if Shepherd brings up the fact that he will soon be a quarterback at the collegiate level. Many times, the other missionary does that for him.

Shepherd’s time in Italy has also allowed him to travel all across the country. He’s constantly been surrounded by breathtaking views while becoming immersed in the Italian culture, learning to speak the language and also sharing his own faith with the people.

“My time here has been amazing, it’s hard to even put it into words,” Shepherd said. “It’s an experience not a lot of people get to have. I’ve fallen in love with the Italian people. Wherever I am, I love to serve the people. We often go feed homeless people or help people move but on top of that, I get to spread my beliefs.

“It’s been an amazing time with all of that combined.”

While involved in an unfortunate circumstance surrounding the COVID-19 pandemic, Shepherd is remaining positive.

Part of his ability to keep that mindset has come from the support he is receiving from those back home. He is able to talk to his family more than what would normally be allowed during his mission.

“Being in contact with my family more has helped keep me healthy mentally,” Shepherd said. “It’s been nice.”

The number of new cases reported daily in Italy has been on the decline since mid-March. The Italian government has started to come up with plans to gradually lift the lockdown beginning in early May.

There’s no telling as to when life can completely return to normal in Italy, the same struggle that is facing the American people as protests across the country to reopen the economy have begun to surface.

But if there is one thing Shepherd hopes to express to his friends and family back home, it’s to remain positive and realize there will eventually be an end to this unfortunate situation.

“I’m just trying to have a lot of hope for the future that things will get better and I know they will,” Shepherd said. “That’s what keeps me going. It may seem like there isn’t hope, but I know that there is. We just need to keep doing our best to hope for the future.”