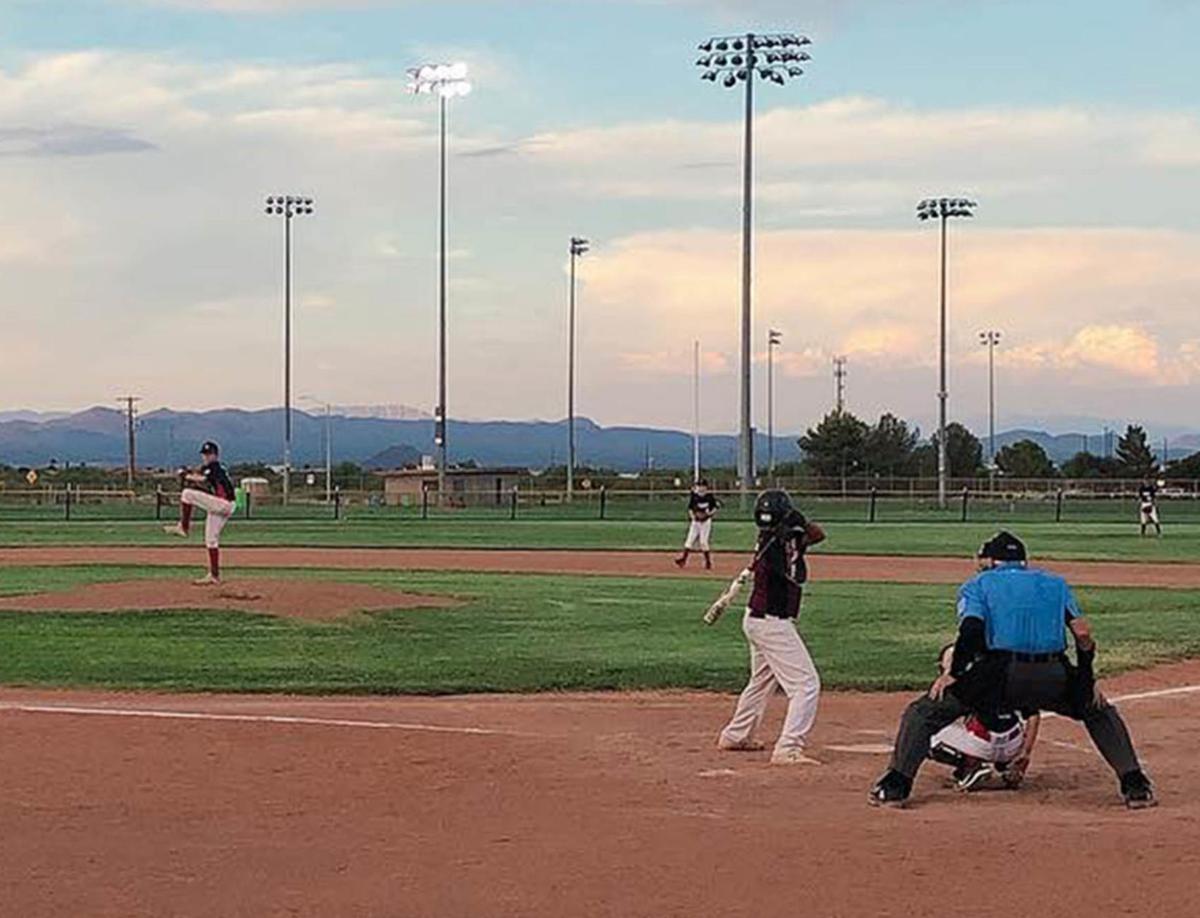 In coordination with Little League International, Gilbert National Little League announced it was postponing games and practices until at least May 11 due to the coronavirus outbreak. 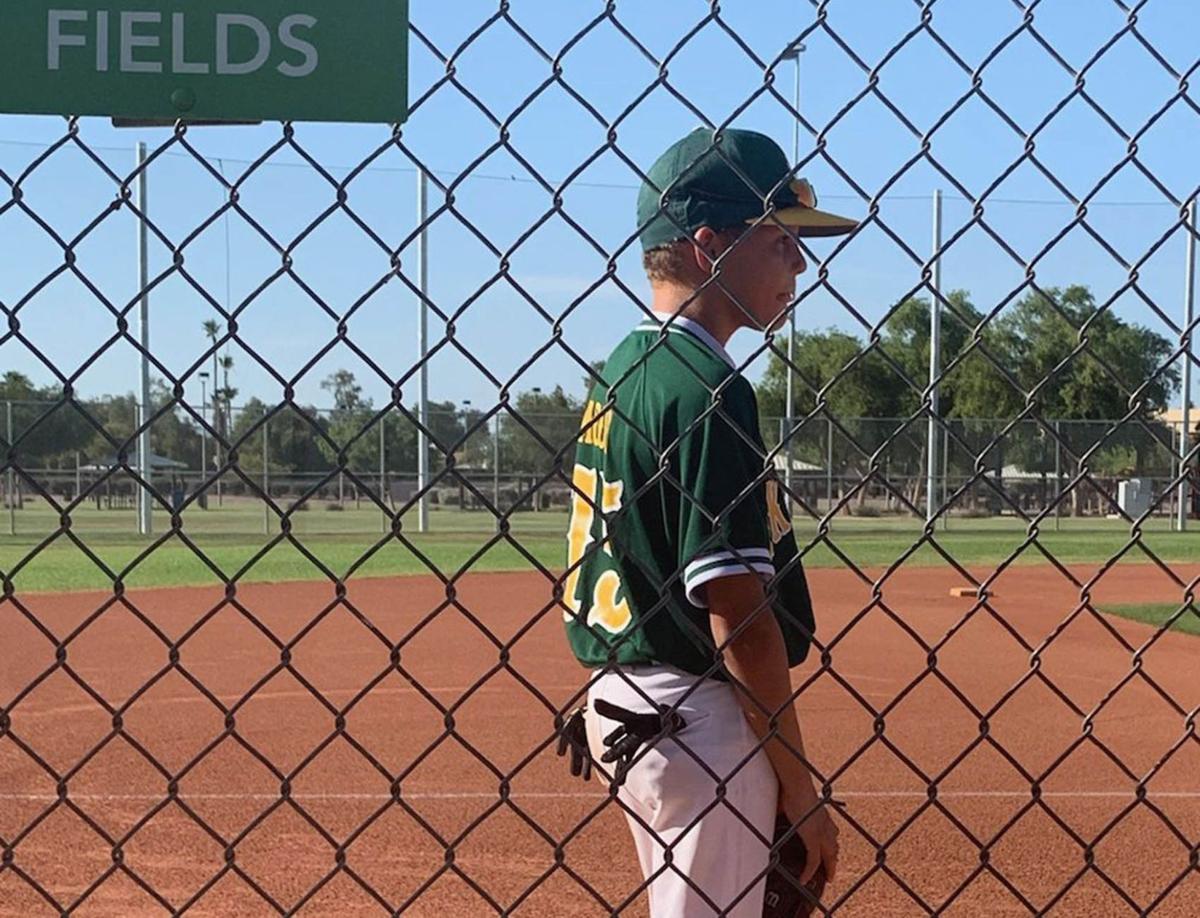 Nate Moore, whose son, Dru, plays in Skyline Little League in Mesa, said they will likely begin an early transition to club baseball should the Little League season be canceled. 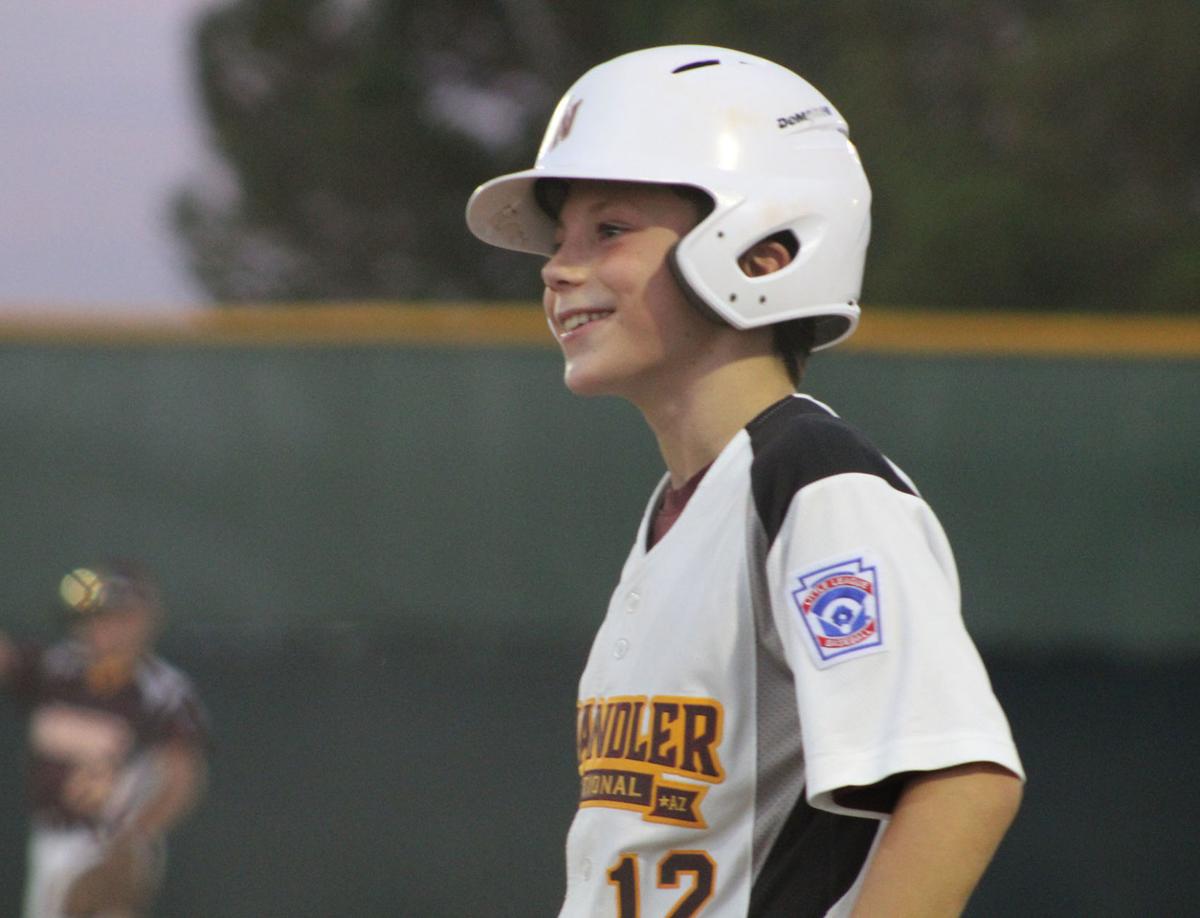 Cash Groppenbacher’s dad and coach, Rich, said the two were disappointed the Chandler National Little League season has been postponed but remain hopeful it will not be canceled. 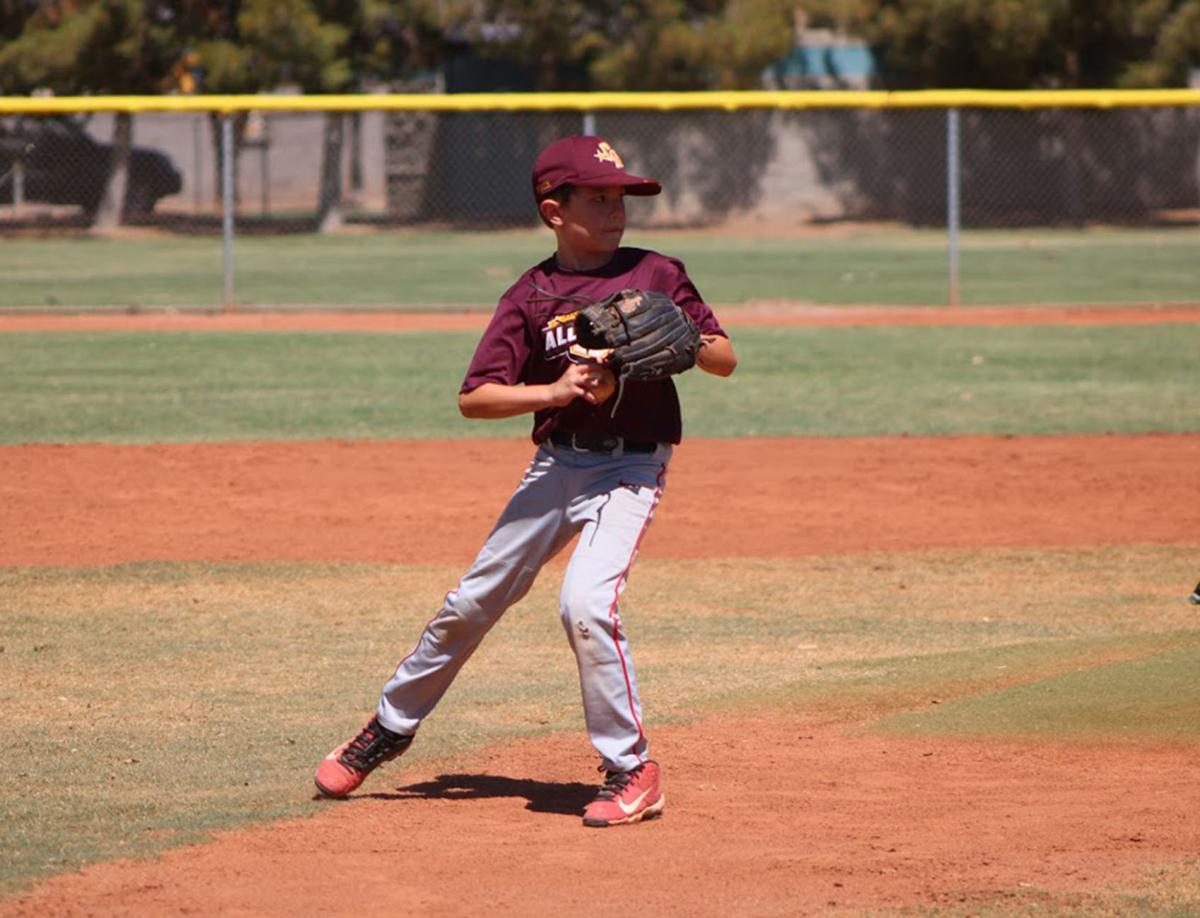 Somsak Smith, whose son, Karson (pictured), plays in Chandler National Little League, found a silver lining in the postponement of the league as it gives his son time to rest before club baseball.

In coordination with Little League International, Gilbert National Little League announced it was postponing games and practices until at least May 11 due to the coronavirus outbreak.

Nate Moore, whose son, Dru, plays in Skyline Little League in Mesa, said they will likely begin an early transition to club baseball should the Little League season be canceled.

Cash Groppenbacher’s dad and coach, Rich, said the two were disappointed the Chandler National Little League season has been postponed but remain hopeful it will not be canceled.

Somsak Smith, whose son, Karson (pictured), plays in Chandler National Little League, found a silver lining in the postponement of the league as it gives his son time to rest before club baseball.

The coronavirus outbreak has impacted sports at every level including the youth, as Little League baseball and softball leagues across the East Valley were forced to shut down.

Little League International announced play would be suspended until at least May 11 due to the outbreak across the United States. The decision came after new guidelines from the Center for Disease Control and Prevention suggested no group gatherings of 10 or more people should take place for at least 8 weeks.

“There were some mixed reactions, but definitely some disappointment,” said Phil Cardis, President of Red Mountain Little League in Mesa. “A lot of the kids were excited about the opportunity to play. We have a lot of families that have been with our program for a long time.

“Initially, I don’t think they were really understanding the depth of everything but now there’s been a lot of empathy for what we are trying to do as a community.”

Cardis is in his first year as president of Red Mountain Little League, which serves as many as 450 players. He has been involved with the league for 3 years, watching both of his kids play. He admitted while he was disappointed with the league’s postponement, he knows it is out of an abundance of caution for both players and parents of the league.

“We know Little League is taking precaution to not break that 10 people or more contact thing,” Moore said. “We will probably transition him to club ball a little bit earlier this year because I don’t know if we will have a Little League season.”

Moore said Dru has taken batting practice in the cage in their backyard along with other drills during the postponement. While they may begin the transition to club ball, they’re still hopeful for the Skyline season to resume. After two consecutive years of lopsided losses, Moore believes the league can compete and even make it past other leagues across the East Valley in postseason tournaments.

“We really felt it was our year,” Moore said. “I know Dru is a little disappointed because of that.”

Even with the possible resumption of play being in May, there remains a chance to salvage the All-Star season.

All-Star selection typically begins midway through the season. Those who make the teams then compete in the state tournament. The Majors All-Star team is able to advance to regional tournaments and beyond. Should they make it, they would end up in South Williamsport, Penn. for the Little League World Series.

Doug Brewster, the president of Chandler National Little League, anticipated a delay to the league. Even before Little League officially announced the postponement, he had already taken precautionary measures into his own hands.

“We had already canceled Opening Day ceremonies, but we thought we would be able to play the games,” Brewster said. “I had actually reached out to Little League prior to that to ask them what their stance on it was. When they did respond with something, I felt good about the decision because it gave us a direction and put everyone on the same page.”

Brewster has been involved with Chandler National for 20 years, dating back to when his son, who is now 25, started playing. He’s been a member of the board for 18 years and is in his 11th as president.

He simply has a love for the game of baseball and the league, especially with coaches who share the same passion.

“At least it hasn’t been completely canceled,” said Rich Groppenbacher, one of Chandler National’s coaches. “We are holding out hope at least All-Stars will take place this summer. This group of kids last year lost in the state championship. We have a good squad coming back and every 12-year-old’s dream is to make it to Williamsport.”

Most parents, like Groppenbacher, have expressed the same optimism regarding the season and eventually being able to play, including Somsak Smith.

Smith has coached his son, Karson, in Chandler National for 6 years now. The duo started in the league together when Karson was 5 years old, playing other sports along the way.

The postponement of the season creates a bit of a silver lining for the Smith family, especially given Karson’s involvement in club baseball, too.

“My son plays a lot of baseball. Last year the All-Star season didn’t end until late July then we went right into club ball in the fall,” Smith said. “For me, I think it’s a good opportunity for him to step away from baseball and not get burned out.”

In Gilbert, the impact of the Little League postponement is being felt across all three of the city’s leagues.

Dennis Larson, a longtime board member in the Gilbert National Little League, expected to see some complaints from parents due to the postponement. However, none have come across his email.

“I’ve gotten zero complaints, and I normally see all of those come through,” Larson said. “I saw some people criticize Little League International because they announced it would be postponed before schools were even closed. But now, I haven’t heard anything.”

Larson became involved with Gilbert National 8 years ago when his son, who is now a junior at Mesquite High School, played. Since then, he has served as president and a member of the board.

His family is feeling the impact of school closures, as high school athletics have been put on pause. Still, he can’t help but feel for the players in Gilbert National that are in their last season of eligibility for the Little League World Series.

“We don’t know how everything is going to shake out yet,” Larson said. “We are typically wrapping up our regular season in mid-May. I feel bad for those kids who are in their last year.”

Ashley Jacobson, a parent in the Ahwatukee Little League, felt the postponement was a disappointment, especially given the affects it has on the social life of her three boys, Carter, 11, Lucas, 8, and Miles, 3.

“They’re kind of taking things day-by-day, I know they miss playing ball,” Jacobson said. “Being able to sit and watch kids play sports is one of our favorite things to do this time of year. I understand why they did it, but it is still a little disappointing.”

“I think this gives another reason that we made a good decision on postponing the league,” said Ray Ng, the president of Ahwatukee Little League. “We want to make sure the community knows this is close to home and it’s not just stuff we read on the news. We should take this seriously for everybody’s safety.”

Ng said the decision to push the league back as far as officials did was questioned by parents. But the positive test for the family member shows the virus can be anywhere.

“We want to make sure our community is safe and the folks that are of older age that volunteer with the league are all safe,” Ng said. “We are all disappointed, but we want to air on the side of caution here.”