You have permission to edit this article.
Edit
Home
The Mesa Tribune
Scottsdale Progress
The Chandler Arizonan
Gilbert Sun News
Sports
Best of
Digital Edition
More
Classifieds
Contact Us
1 of 8 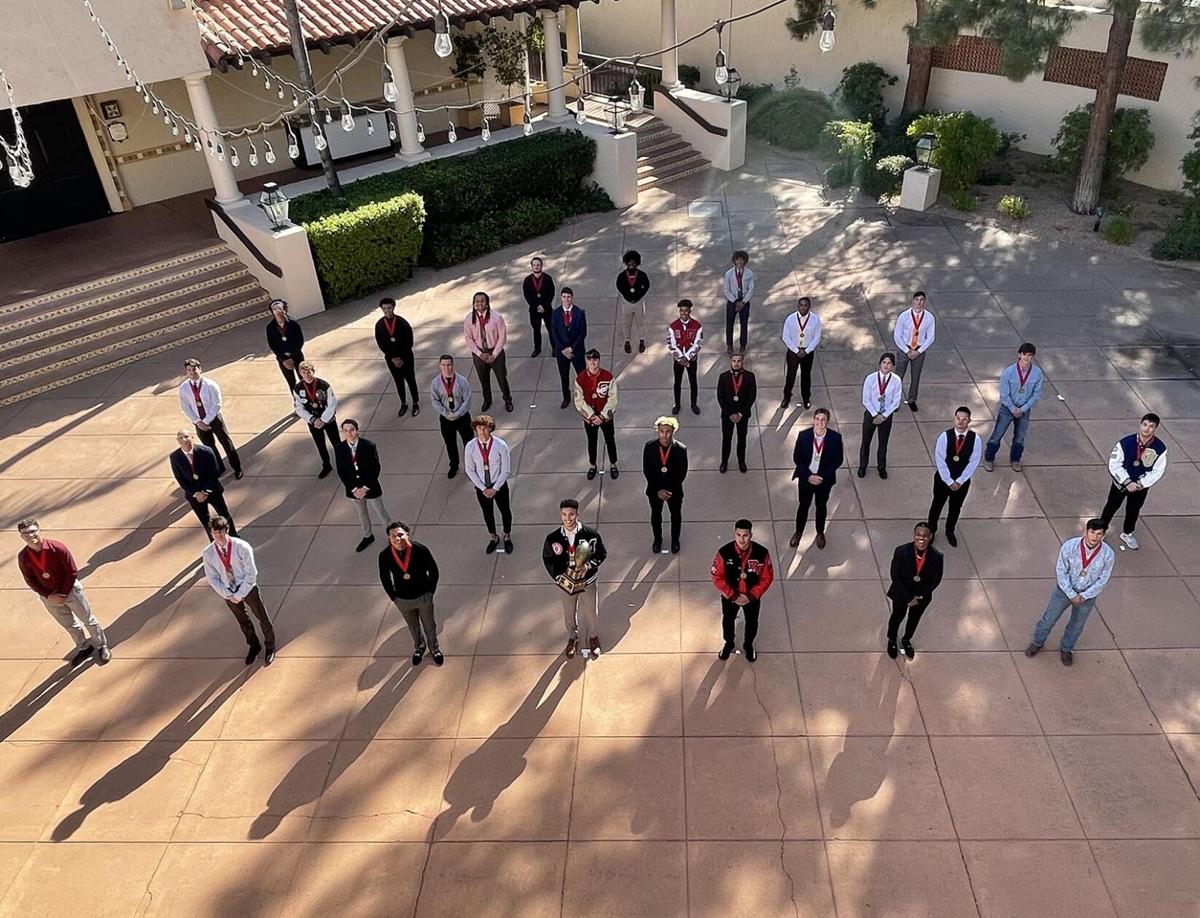 Several East Valley and Scottsdale athletes were among those nominated for the 2020 Ed Doherty Award. 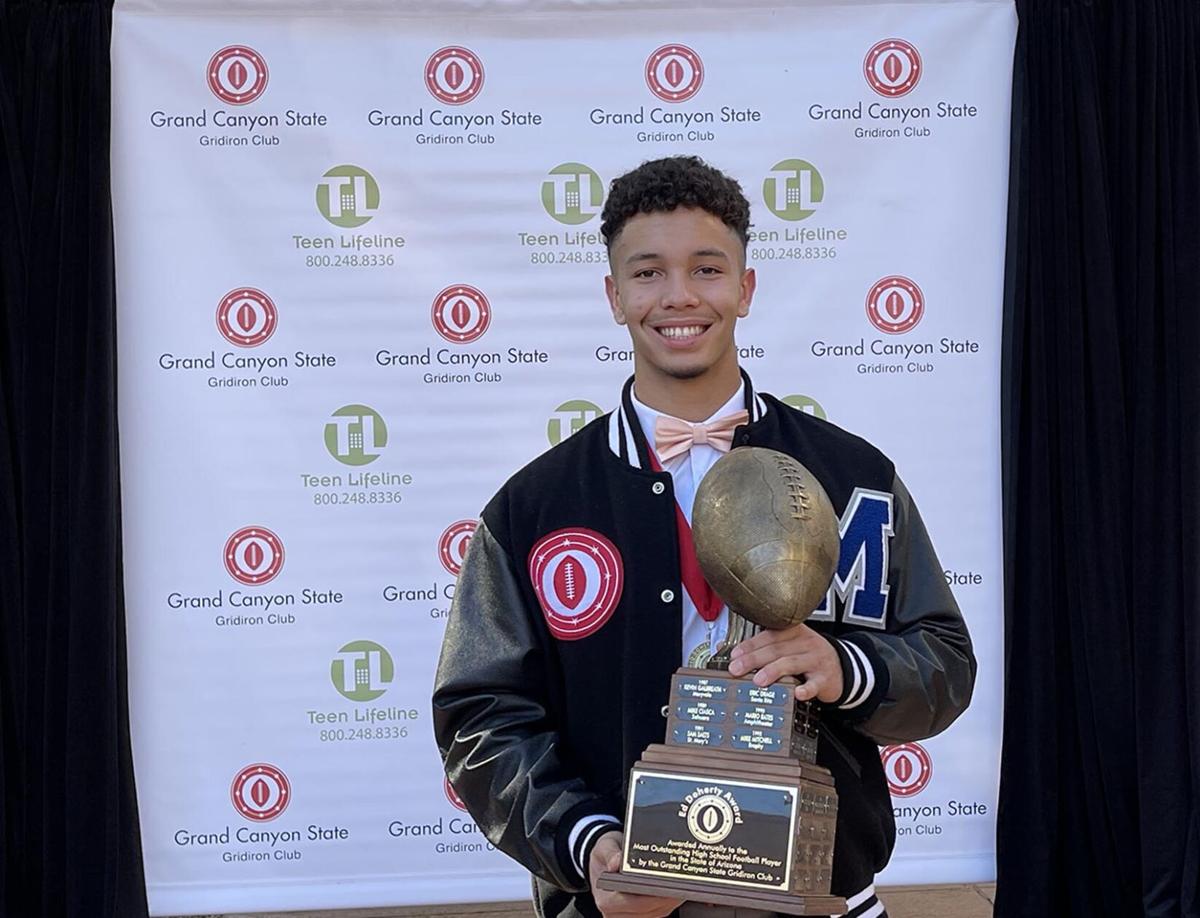 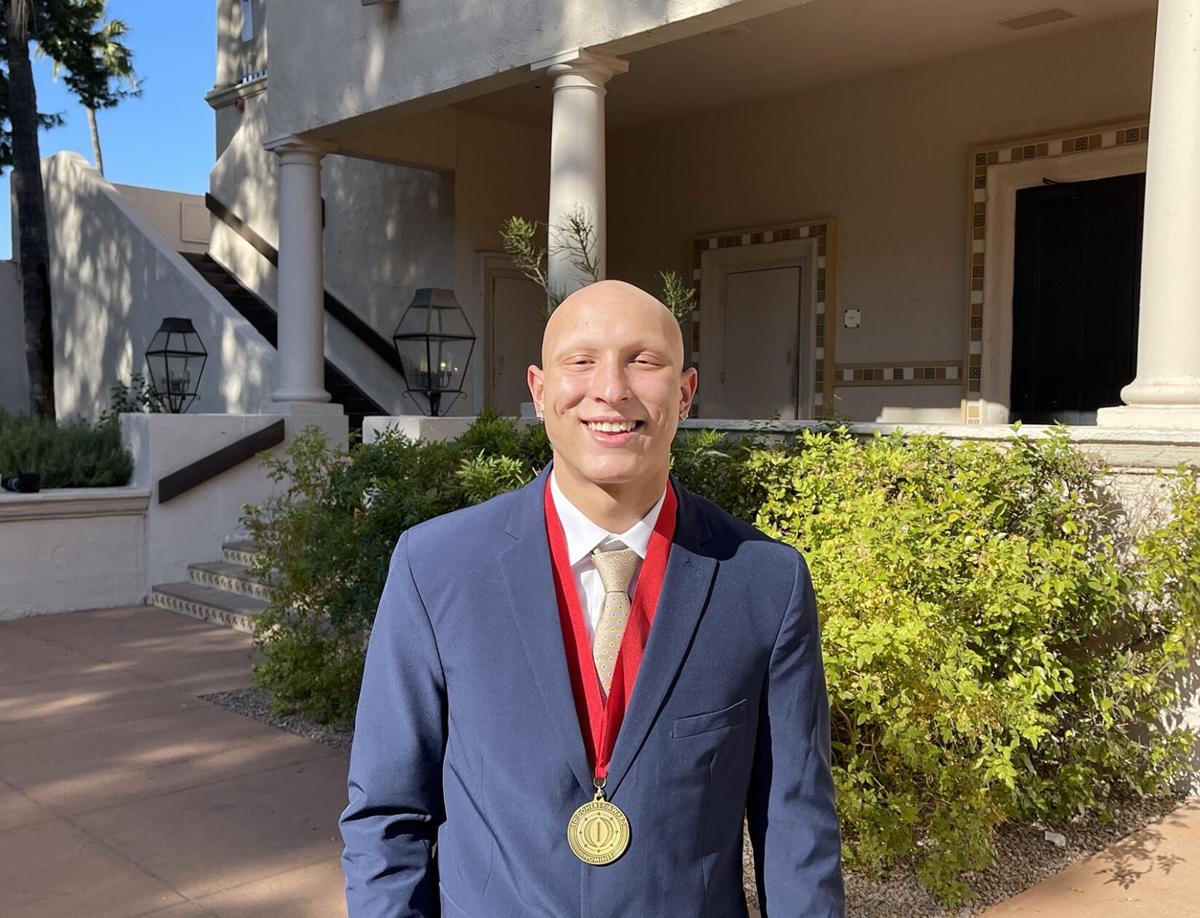 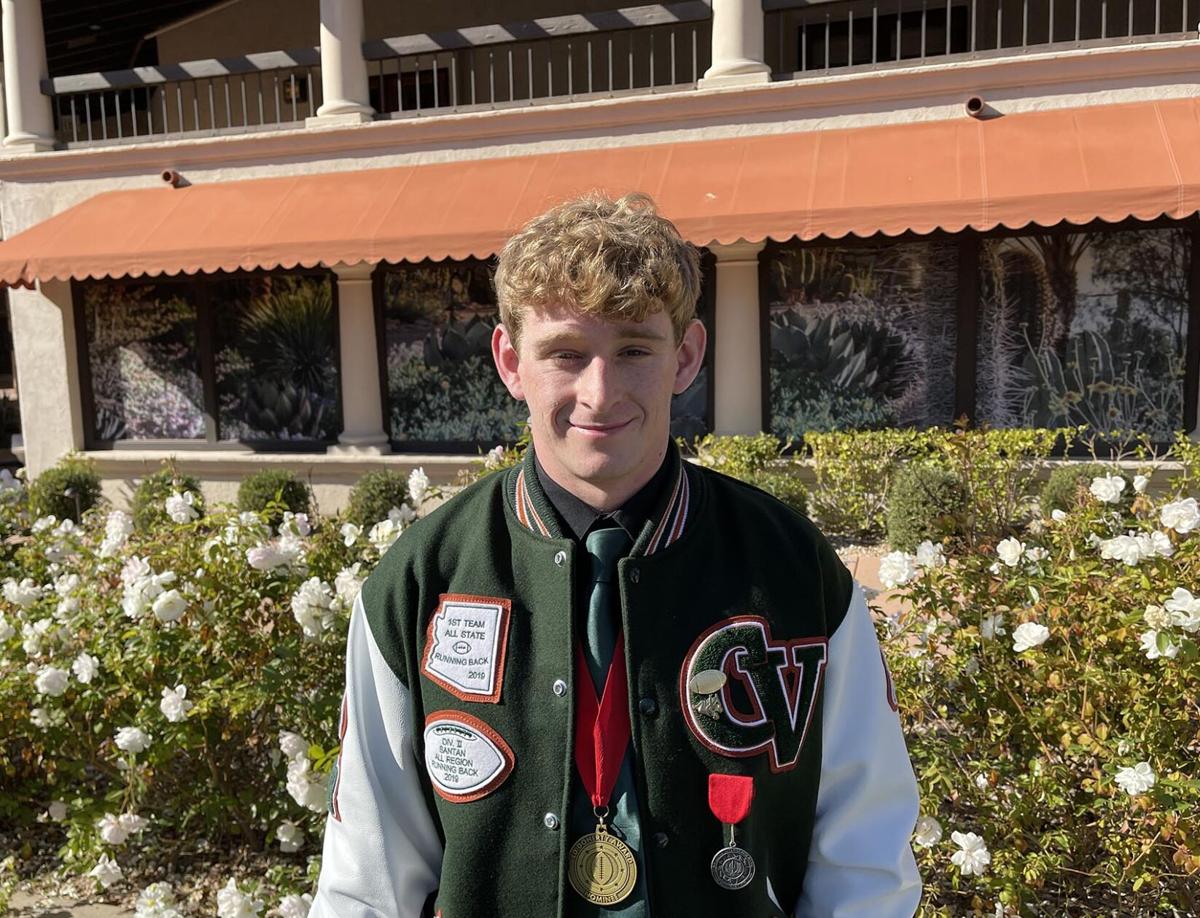 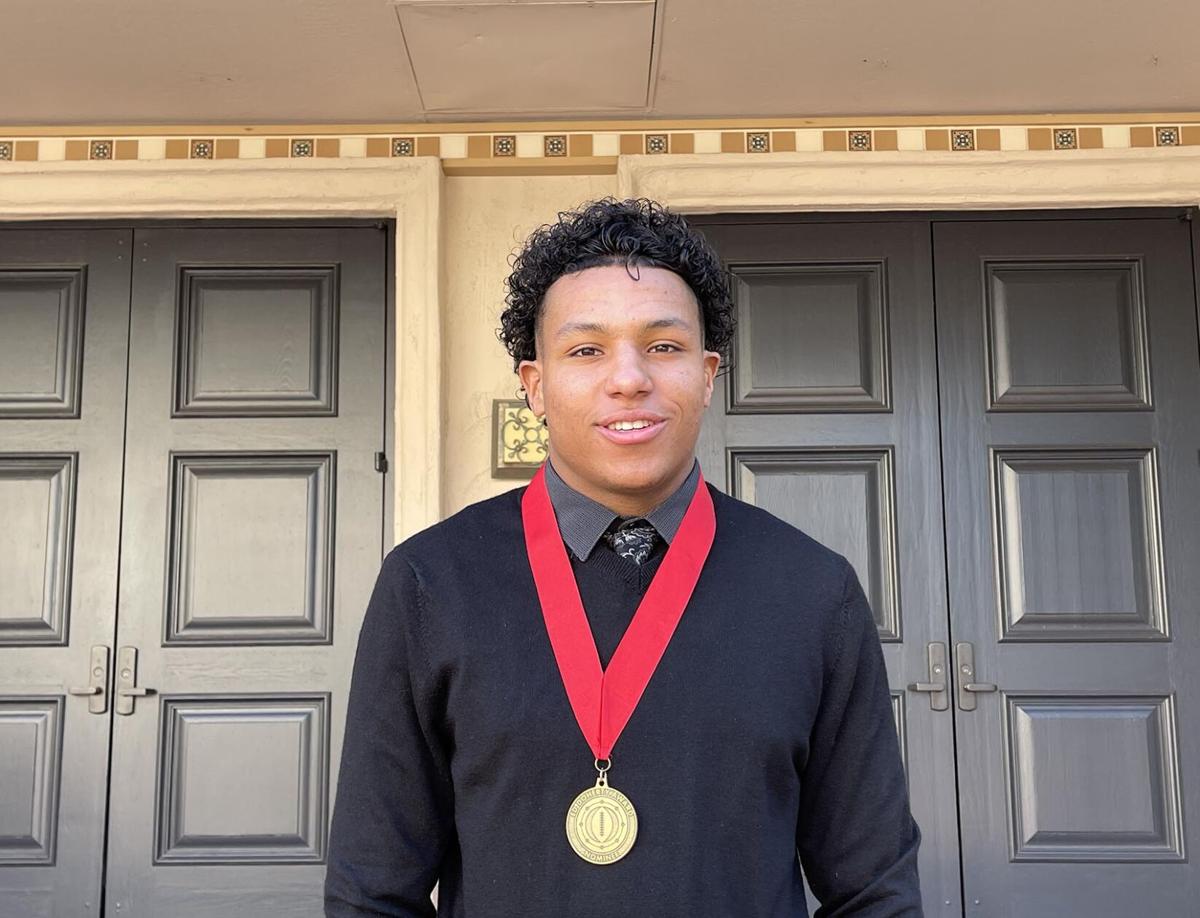 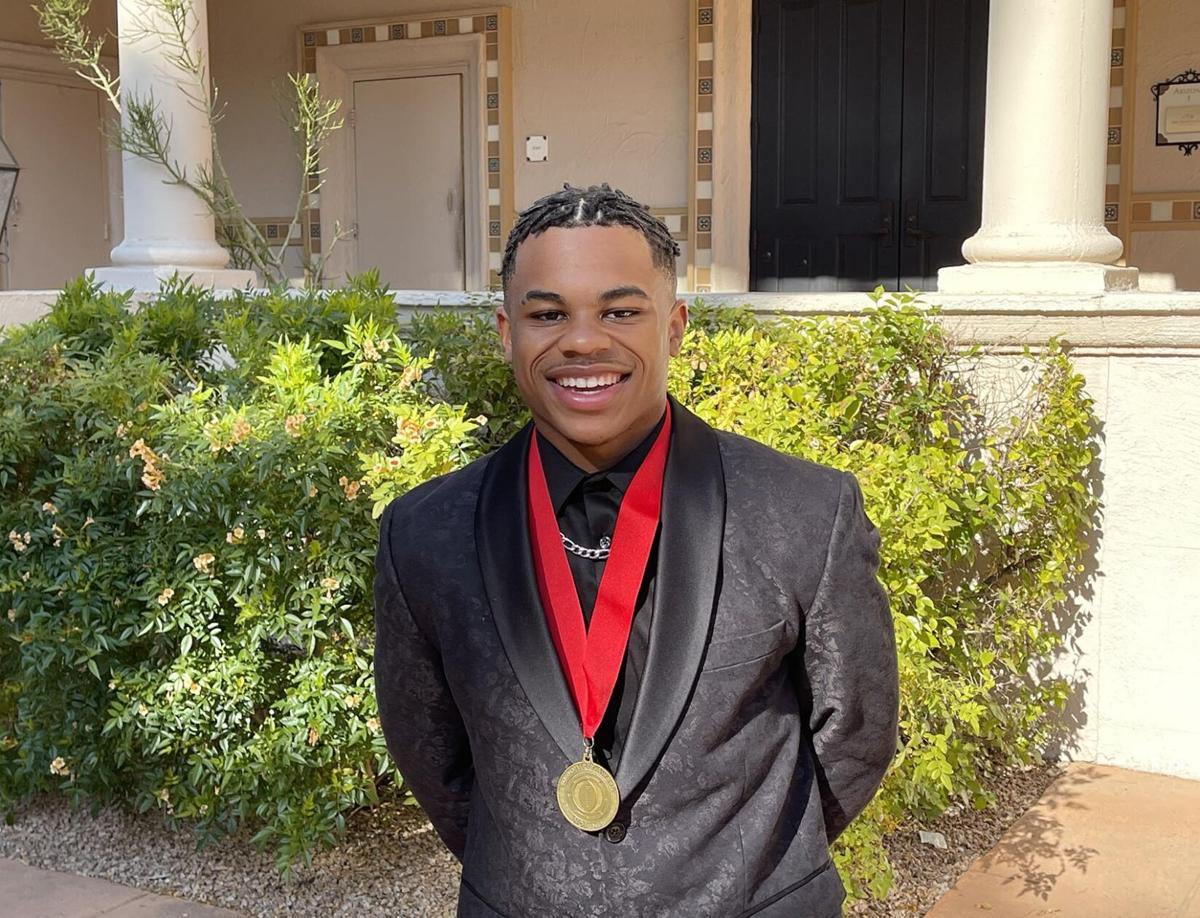 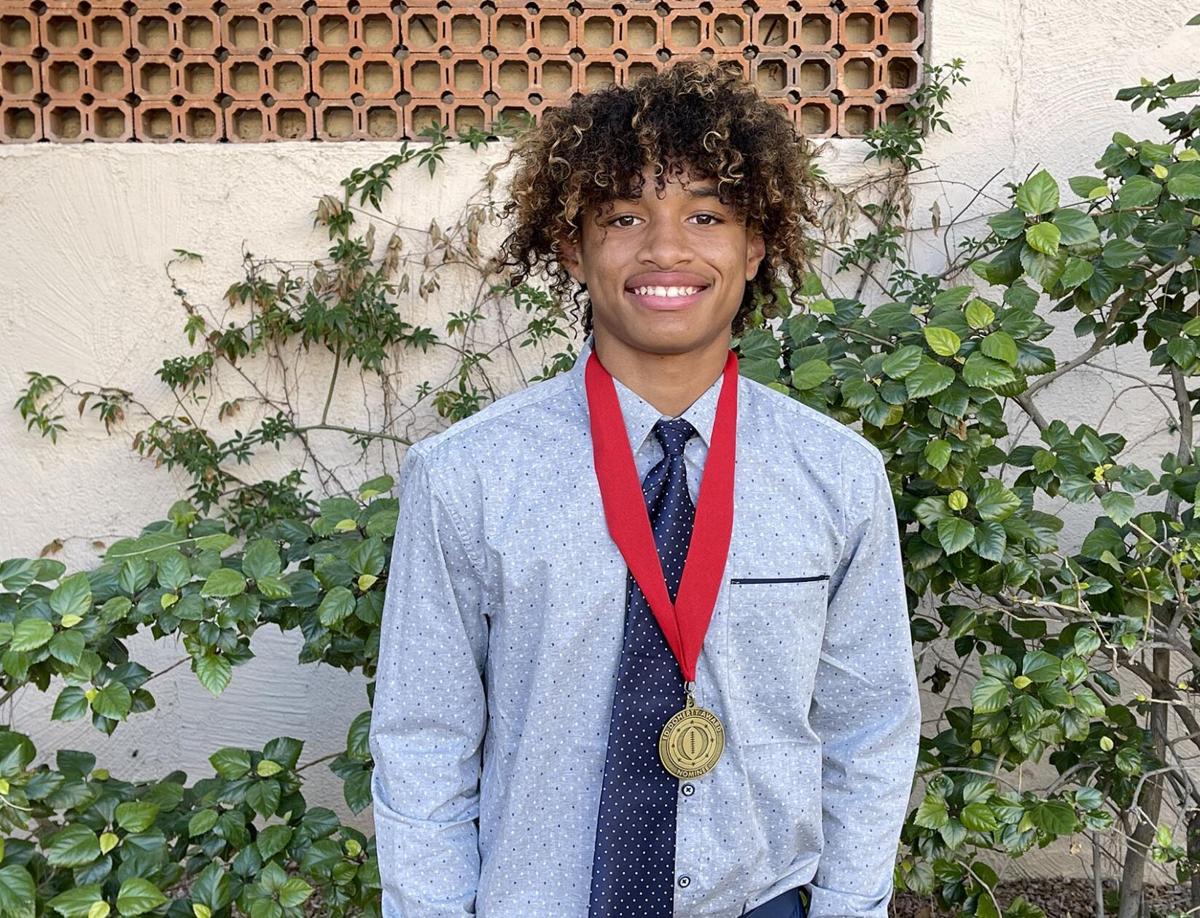 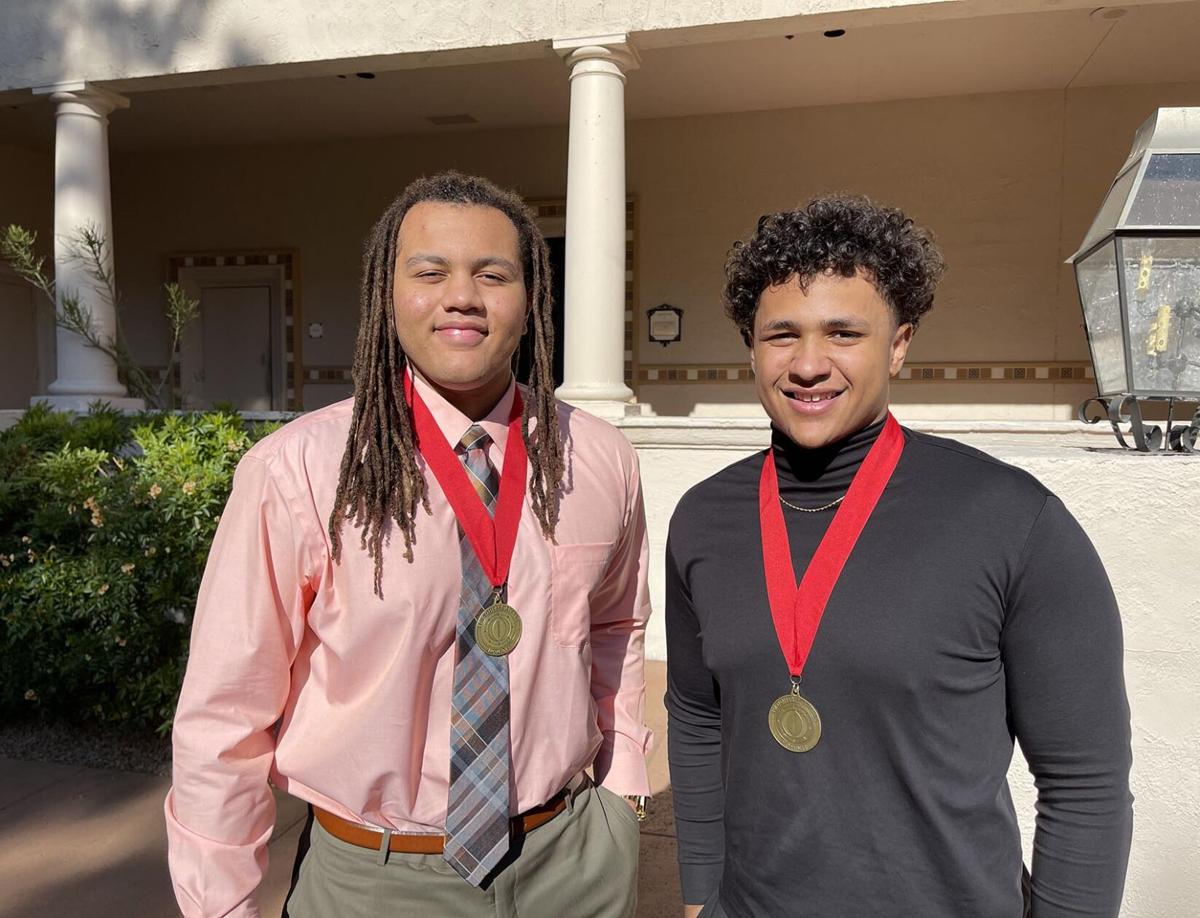 Several East Valley and Scottsdale athletes were among those nominated for the 2020 Ed Doherty Award.

The 2020 football season faced an adversity unlike any other as teams were forced to navigate through rigorous mitigation protocols as the coronavirus pandemic raged on in the state.

Players were quarantined. Games were canceled and at times, seasons came to an unfortunate end. But champions were crowned and on Saturday, Jan. 9 at Scottsdale Resort at McCormick Ranch, the 2020 Ed Doherty Award winner was named.

Mesquite quarterback Ty Thompson, who led the Wildcats to two straight state championships to end his high school career, received was named the recipient this year after throwing for 3,431 yards and 34 touchdowns in 2020. The Oregon-bound five-star quarterback was among the 53 total players nominated for the award, and one of five finalists.

“It means the world to me, it’s a huge blessing, a huge honor,” Thompson said. “It’s a testament to everything my coaches and teammates have put in and the hard work they’ve done supporting me. I’m just really thankful.”

Thompson was joined by his teammate, senior wide receiver Eric Lira, along with several other East Valley and Scottsdale athletes.

Lira, who transferred from Central High School in Phoenix before the start of the season due to uncertainty within the district of whether fall sports would be played, enjoyed a breakout season with the Wildcats. He finished with 54 receptions for 1,124 yards and 16 touchdowns. Arguably his most important catches of the season came in the 4A title game against Cactus, where he caught a touchdown and two-point conversion to secure the Wildcats’ second straight championship.

Caden Calloway’s breakout junior season for Campo Verde ended with a season-ending injury that kept him out of the 5A title game. He bounced back as a senior by rushing for 993 yards and 10 touchdowns to help send the Coyotes back to the 5A semifinals.

He cherished the opportunity to be among the 53 other players nominated for the Ed Doherty Award, and was proud to cap off his high school career in that fashion.

“Just to be out here and be with everyone else, there all these different people going to big schools,” Calloway said. “I don’t think I would want to play anywhere but Campo. I loved my teammates, I loved my coaches and just the overall experience.”

The Chandler school district was well-represented at this year’s Ed Doherty Award ceremony.

Eli Sanders, who rushed for 1,377 yards and 23 touchdowns as a senior this year for Chandler, was nominated alongside his teammate, senior quarterback Mikey Keene. Keene, an early enrollee at the University of Central Florida, was unable to attend. Both, however, were named finalists.

“It’s a blessing just to be here,” Sanders said. “Just everything we’ve been through, not knowing if we were going to have a season. We all just kept working and pushing through those hard days. We all came together as one unit, all of Arizona football, and it feels amazing to be at this point.”

Sophomore defensive back Cole Martin and junior quarterback Nicco Marchiol, who both played pivotal roles in helping lead the Huskies back to a title game for the first time since 2014, were among those who received medallions for one of their many strong performances throughout the shortened season. Martin, one of the youngest players nominated this season, relished the opportunity and aims to continue to grow as a player and leader for his team the next two seasons.

Attending the Ed Doherty Award ceremony was a surreal moment for Basha freshman quarterback Demond Williams Jr. He became the first-ever freshman quarterback to be nominated for the award after leading the Bears to a win six straight at the end of the regular season and finish with a 6-3 overall record.

Game-by-game, Williams was able to adjust to the speed at the varsity level. At times, he was able to show off his dual-threat ability. His skill set complimented the talent level of other Basha offensive players, including senior running back Caleb Jones, who was also a nominee for the Ed Doherty Award.

In his first varsity season, he threw for 1,814 yards and 16 touchdowns. He also rushed for 239 yards and three touchdowns but has bigger goals for himself going forward.

“I want to bring Basha its first state championship,” Williams said. “Whether it’s in the Open or 6A, I just want to win it. Hopefully, I can bring home one of these trophies, too.”

The 2020 season came to an unfortunate end for Saguaro, last year’s state-runner up and the No. 3 seed in the Open Division playoffs this season.

COVID-19 cases within the program forced the Sabercats to cancel their quarterfinal matchup with Salpointe Catholic just a day before the two were set to lineup against one another.

While a disappointing finish to an already difficult season, senior defensive end and UCLA-signee Quintin Somerville said being nominated for the Ed Doherty Award provided a bit of a silver lining on the season.

“Being here is a blessing,” Somerville said. “The fact that our season ended the way it did was difficult. But we treated every week like a blessing. We are definitely happy with what we did on the field, but we know we had more left in the tank.”

Somerville was joined by teammate and senior offensive tackle Bram Walden, who signed his National Letter of Intent to Oregon and will join former Saguaro tackle Jaylan Jeffers, who was at the ceremony in support of his former teammates.

Walden, who was also named an Adidas All-American, echoed Somerville’s sentiment about his nomination for the Ed Doherty Award. Overall, he believes it capped off a senior career that prepared him for the next level.

“It’s awesome to be recognized for our accomplishments and the way we played and carried ourselves through high school,” Walden said. “My time at Saguaro was a blessing. My teammates and the coaching staff allowed me to hone in on my athletic ability and has helped me get to the point where I can play for free.”