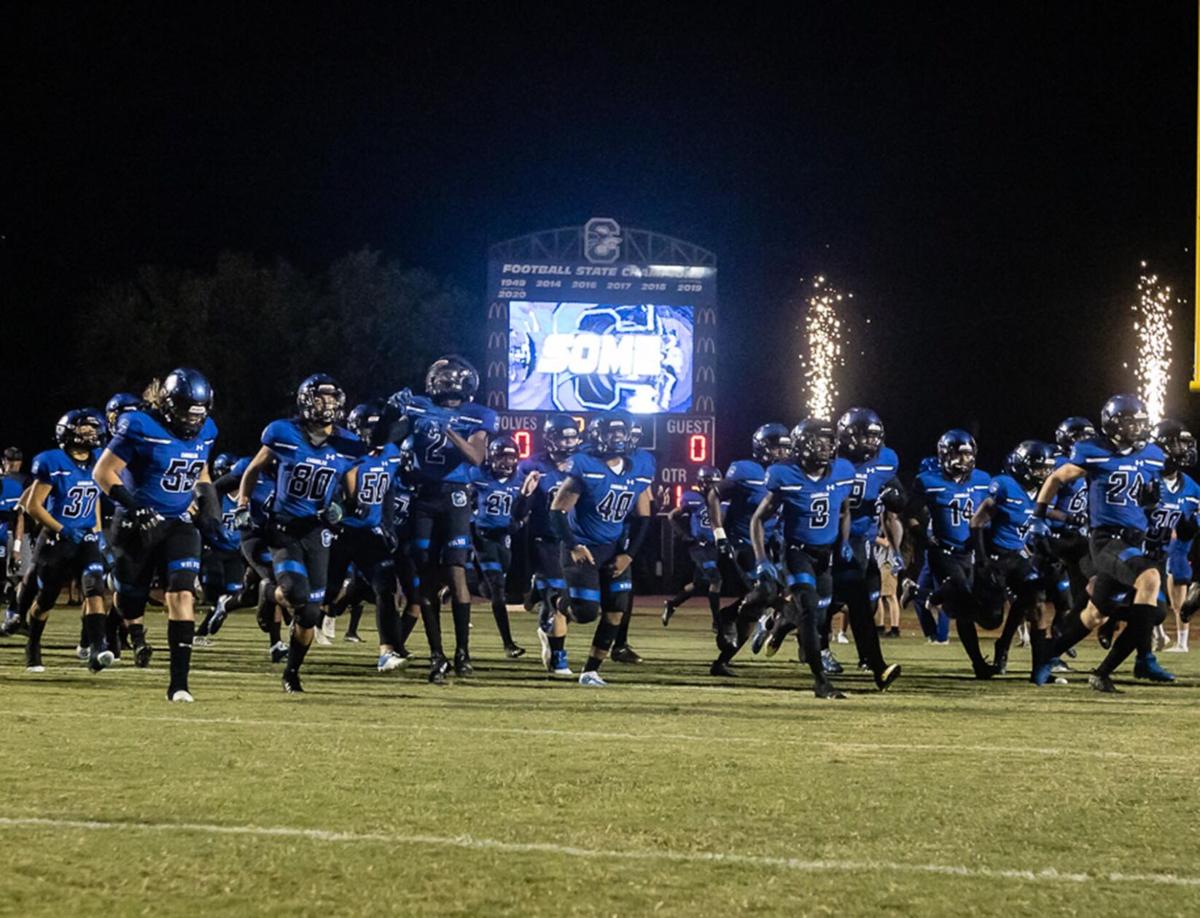 Chandler High School’s football program is no longer the only dominant program in the district with its rival, Hamilton, and Basha knocking on the door as one of the top seeds alongside the Wolves in the Open Division. 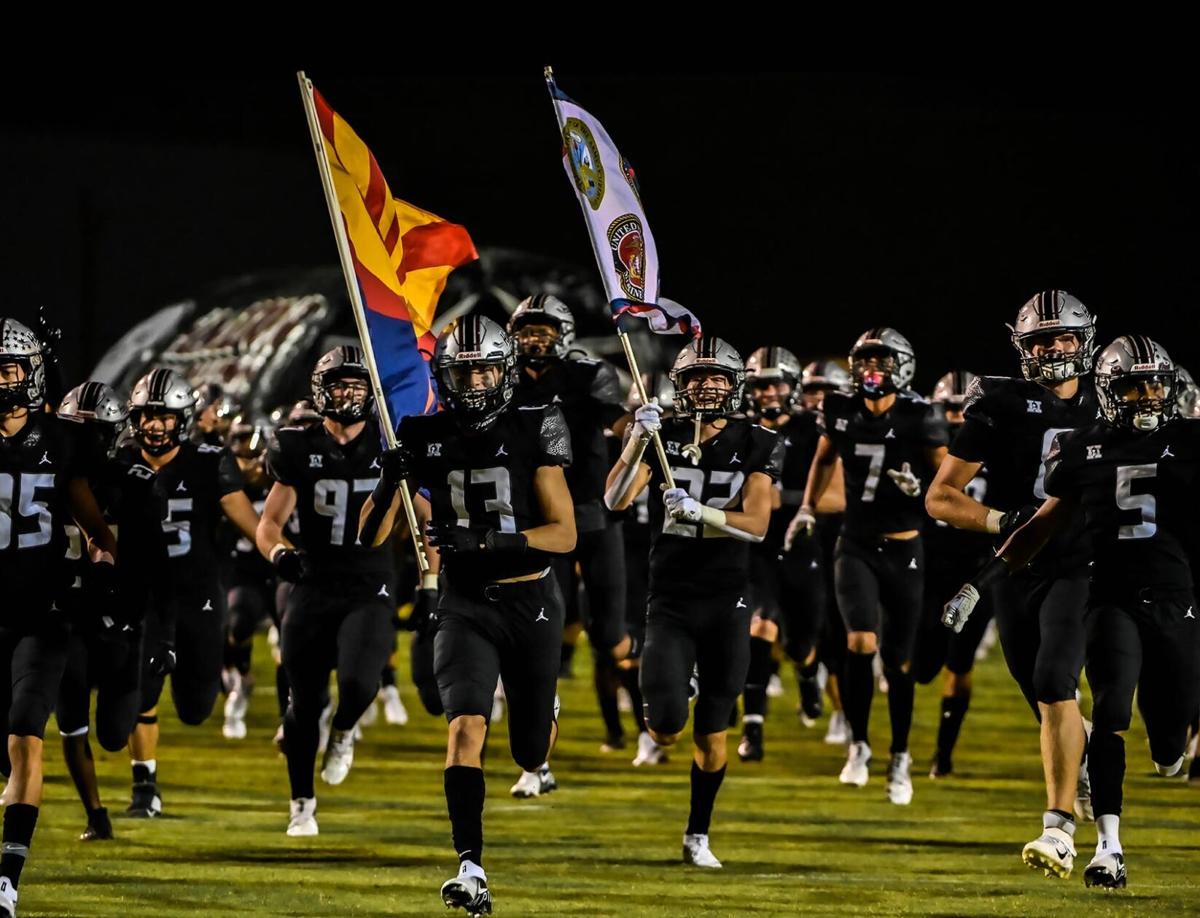 Hamilton’s rise to a national power for yet another time took place two years ago in head coach Mike Zdebski’s second season. This year, ahead of its annual contest against Chandler at the end of the season, the Huskies are No. 15 in the nation, five spots behind the Wolves. 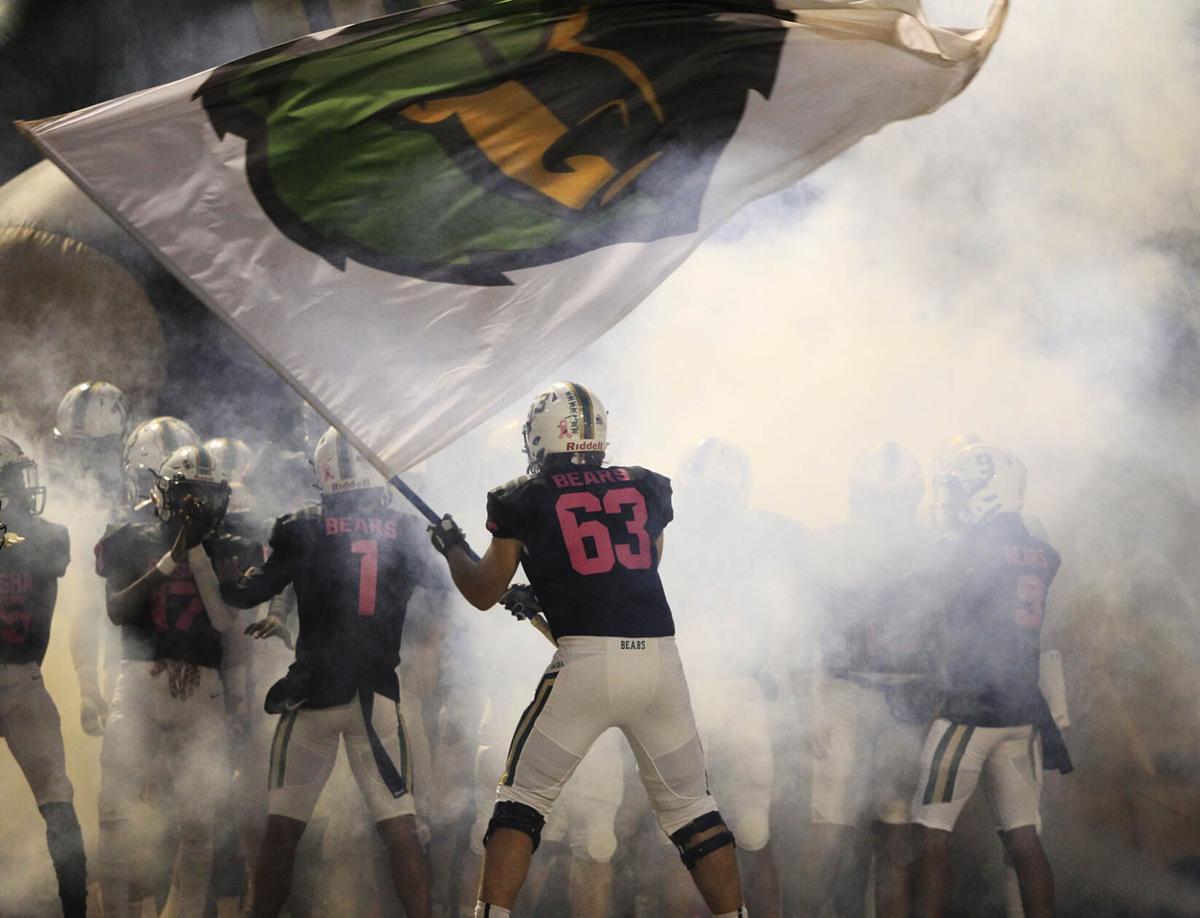 Basha’s football program is the latest Chandler Unified football program to make headlines. A plethora of young talent have the Bears in the mix for a top three seed in the Open Division playoffs. But coach Chris McDonald said the team still has to finish the season strong.

Over the course of the last six years conversations surrounding high school football in the state have shifted from “who will be the favorite to win the title?” to “who can knock off Chandler?”

The answer to that question, at least the last two seasons, has been the Wolves’ rival just down the street, Hamilton. Any time the two teams meet, regardless of record, it brings out the best in both program’s Division I athletes. It’s one of the top rivalries in the state and has been recognized around the country as of last year when ESPN’s cameras flocked to Austin Field to take in the Battle of Arizona Avenue.

It’s no question two of the largest schools in the district have been the best in the state the past two seasons. And it’s likely they will meet again this season for the coveted Open Division state championship.

But Hamilton and Chandler are no longer alone as the top dogs from that part of the East Valley making headlines in the Open Division rankings. Basha, a program littered with young talent, is here to stay.

“I’m really excited with where we are at and what we have in our program. We have a lot of really good young football players in this program,” Basha coach Chris McDonald said. “It’s nice to be in the conversation. We have been in that conversation since the beginning of the year, but we’ve got to finish. We have to actually do it. We haven’t completed the job.”

Basha’s win over a previously undefeated Highland team on Oct. 22 allowed the then-8-0 Bears to jump from No. 5 in the elite eight rankings to No. 2, just behind top-dog Chandler and one spot above Hamilton. It also allowed the Bears to crack MaxPreps’ national top-100 rankings for the first time this season.

Hamilton has since overtaken Basha as the No. 2 seed behind Chandler, pushing the Bears to No. 3. That national ranking will likely continue an upward trend. Basha finished the season with a perfect 10-0 record for the first time ever.

It would also likely set up them, Chandler and Hamilton as the top three seeds in the Open Division. Which means at least two of the three would be set up for a collision course in the semifinals.

Hamilton coach Mike Zdebski credits the rise of all three Chandler schools to the youth programs in the area.

"I think it's pretty unique and it shows you this area of Phoenix and the East Valley is supported by a lot of really good youth football teams," Hamilton coach Mike Zdebski said. "That's where these kids get started. You have a lot of quality kids coming into these programs."

Several Hamilton players took to social media after the Oct. 26 rankings revealed Basha had leap-frogged the Huskies after their bye week. Some weren’t happy. Some shared a laugh through emojis. All of them vowed the rankings would take care of themselves.

While Hamilton’s main rival is and will always be Chandler, a mini one of sorts has been brewing since the summer.

Cole Martin, one of the top junior defensive backs in the country, and junior Deshaun Buchanan, a two-way running back and linebacker with Division I offers, donned the green and gold this season for Basha after transferring from Hamilton. The two added even more talent to a roster littered with major Division I prospects.

Both teams feel they have what it takes to take down the other. Both feel they have the best chances to take down Chandler, which has won five straight state titles at the highest level. Hamilton, though, has the first opportunity on Nov. 12 when the two meet for the regular-season finale, a game that will likely feature two top-15 ranked teams in the country should neither lose.

“It’s great when you have schools that close in proximity playing at a high level,” Chandler coach Rick Garretson said. “Coach Z has done a great job over there at Hamilton and Coach McDonald has done an unbelievable job over at Basha where he’s taken that program over the last couple of years from where he started from. It’s good for Arizona football, it’s good for the Chandler community, it’s good for everybody.”

Chandler prides itself on being Chandler. It doesn’t worry about any teams other than whoever is next on the schedule. The players, several of which will be playing on Saturdays for Power Five schools, stay focused on the task at hand.

They all know what it feels like to win championships. And they all want that feeling to continue.

Outside of the Open Division, at least this season, Perry has been in contention for state titles. Casteel won the 3A title in 2017 and has since moved up to the 6A Conference where it will contend this season for the championship. Arizona College Prep, a 3A team, won its first-ever region title in 2020.

The future continues to look bright for the Chandler district in football and several other sports with Chandler, Hamilton and Basha leading the way on the gridiron.

Along with the usual suspects of Saguaro, Chaparral, Liberty, Highland and others sprinkled in, these three programs will be top contenders for state titles for the foreseeable future. And this year will be the first look at what the rivalry between the three Chandler schools could become.

“We are extremely proud of all our sports here in CUSD. Football gets the optics, and we are fortunate to have a multitude of successes there,” Chandler Unified School District Athletic Director Shawn Rustad said. “It’s attributed to our school’s leadership, our coaches who work relentlessly and our awesome families and student athletes.

"As far as the Open is concerned that could be is exciting, but right now each program is taking it game by game.”