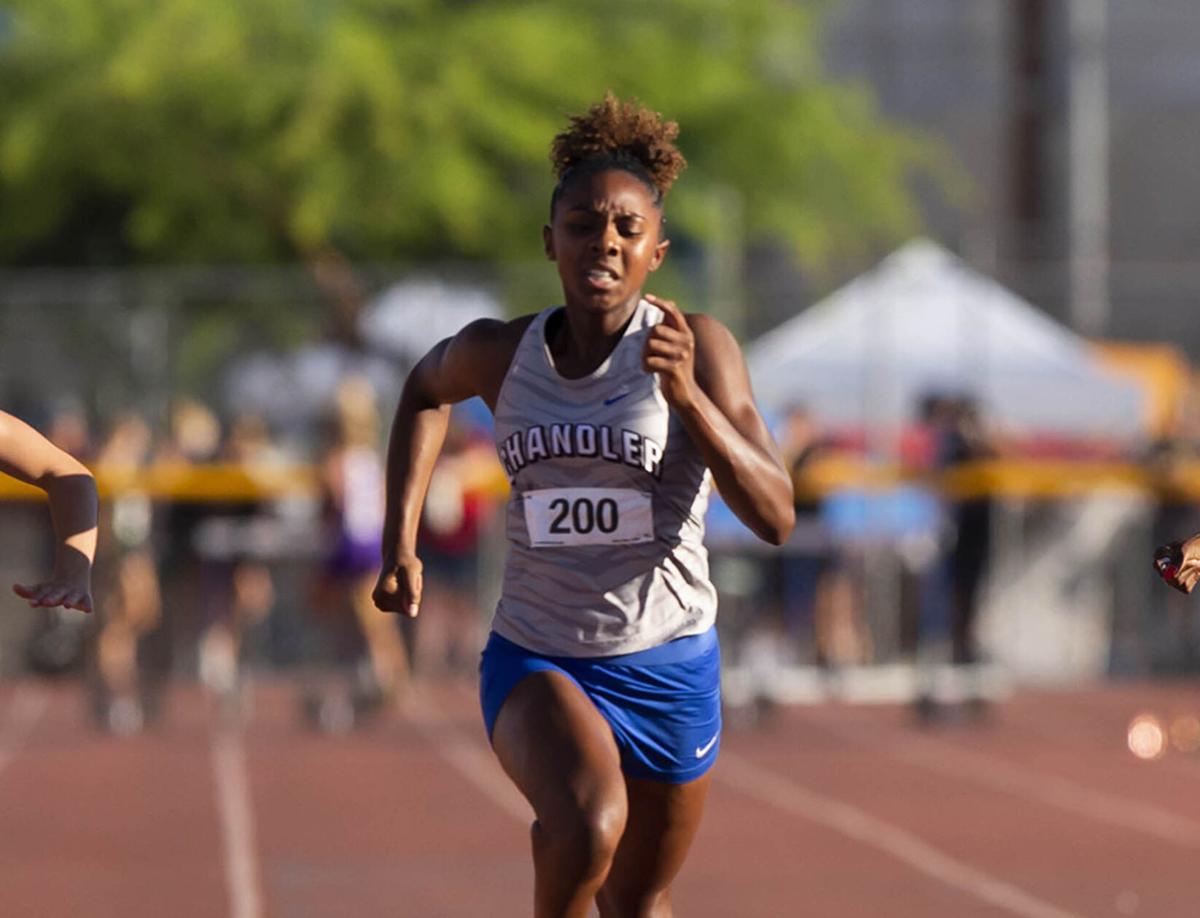 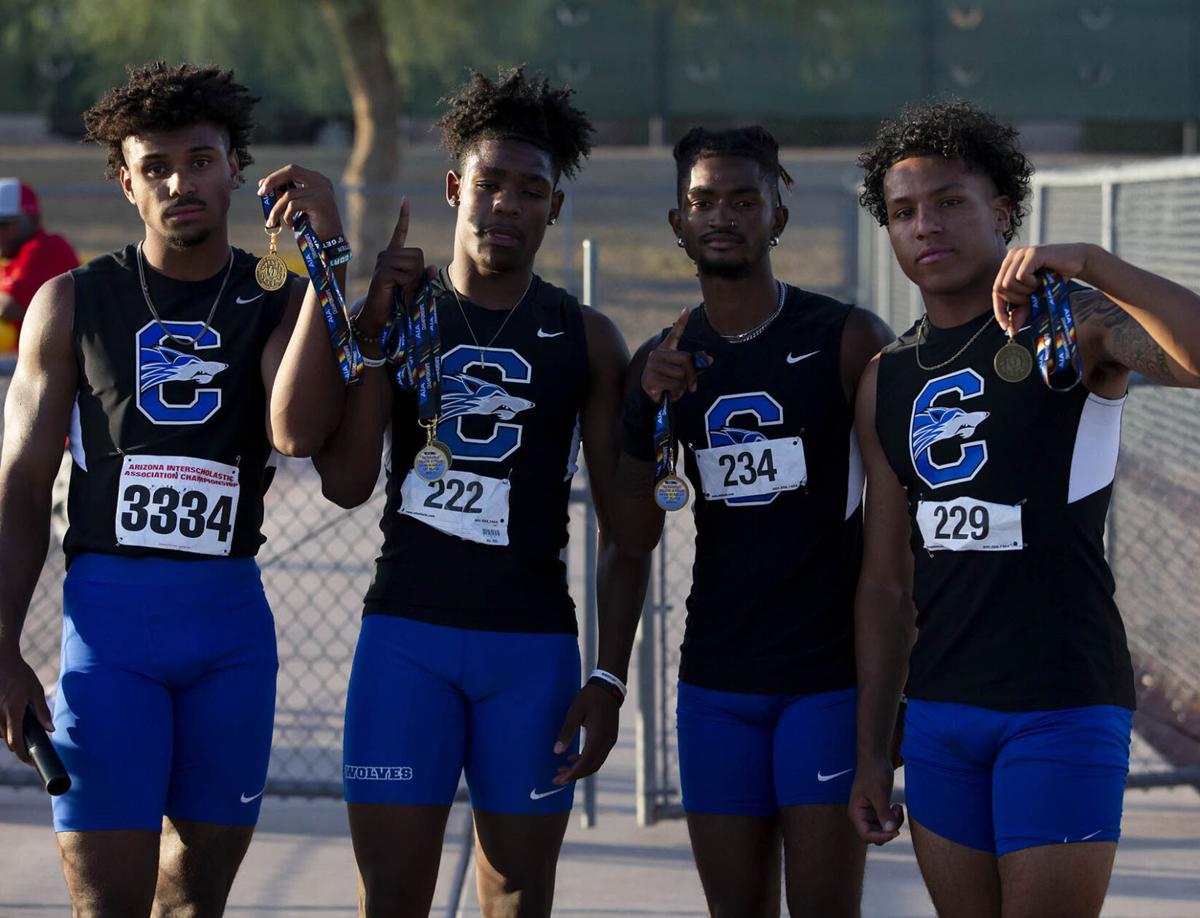 Chandler’s relay team made up of Andereya Nsubuga, Jamere Haskell, Tyson Tippett and Eli Sanders repeated as state champions in the 4x100-meter relay and helped the Wolves capture the boys team title. 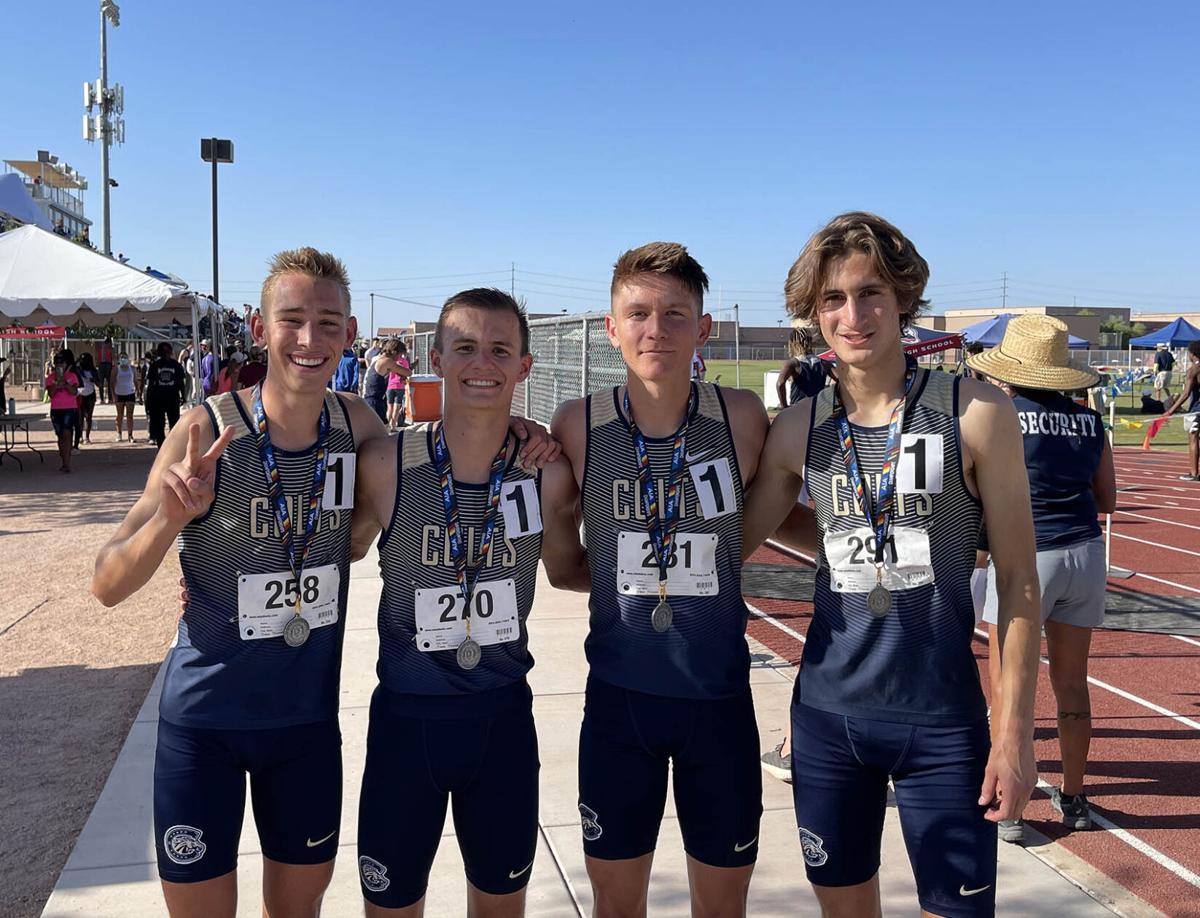 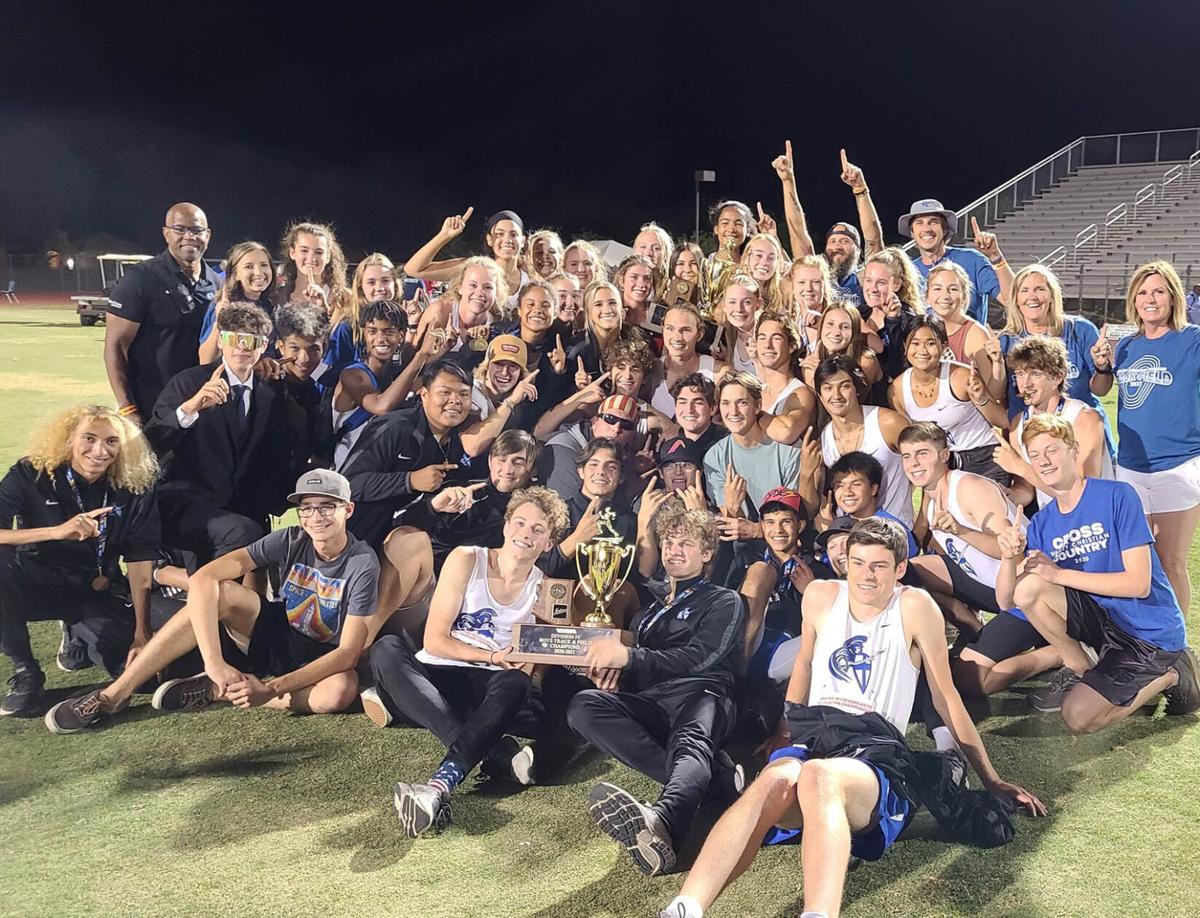 Chandler’s relay team made up of Andereya Nsubuga, Jamere Haskell, Tyson Tippett and Eli Sanders repeated as state champions in the 4x100-meter relay and helped the Wolves capture the boys team title.

The start of the coronavirus pandemic last spring put many Chandler schools’ plans to defend their state track & field championships on hold.

Chandler girls were forced to wait another year to attempt to capture their 14th state title in 15 years at the highest level, while the boys were also unable to compete for their fourth championship in five years. Valley Christian’s boys were also on pace for their third straight state title last spring.

But the long break didn’t seem to have a negative effect on any of the programs overall as Chandler schools once again dominated the field across three divisions. The Wolves won both the boys and girls Division I titles while Casteel boys captured their second state championship overall and first in Division II. Valley Christian, meanwhile, won both the Division IV boys and girls titles.

“There’s a lot of pressure on you when you come out and you’re defending a state title,” Chandler junior Trinity Henderson said. “Especially because we all lost a year, we didn’t really know how fast we would all be.”

Henderson led the way for the Lady Wolves throughout the two-day track meet. The two qualified for every sprint they were involved in and were often the two highest qualifying times.

On Saturday, May 15, she continued to dominate and rack up points for their team.

Chandler added more points from its relay teams in various events and finished with 154.5 points overall in the meet. Highland, the runner-up, score 83.

“I was nervous coming out here not knowing whether or not I could win,” Henderson said. “I’m grateful I was able to get close to my big (personal record) from two years ago after losing a year.”

The Chandler boys were locked into a closer race for the state title, as Desert Vista pushed toward its first championship since 2018. But the Wolves managed to keep a comfortable lead, led in part by its throwers and sprinters in a variety of events.

Amar Elmore, who also plays football for the five-time defending state champion Wolves, placed first overall in the discus and second in shot put. His teammate, Isaiah Johnson, also racked up some early points for the Wolves with a third-place finish in shot put.

On the track, senior Tyson Tippett placed second overall in the 100-meter dash and was part of the Wolves’ relay team along with Jamere Haskell, Andereya Nsubuga and Eli Sanders that repeated as state champions from 2019.

“This was our last ride together,” Tippett said. “It was really important to us. Last year, of course, we couldn’t defend our titles. People maybe thought we would come in slower but that wasn’t the case.”

Casteel’s athletics programs have been on the rise since the football team captured the school’s first championship in 2017.

As athletes continue to poor into the school boundaries, it has created more opportunities for title. And the track & field program is no exception.

Casteel’s relay team started off the meet on Thursday, May 13 with a second-place finish in the 4x800-meter relay. Mason Salonic, Jacob Hullings, Joseph Meagher and Dayton Carlson had the fastest qualifying time heading into the final but finished just behind Millennium for the state title.

Regardless, the group was pleased with their performance and ability to hand their team some early points.

“I feel like it was a really good race,” Carlson said. “It could’ve been better but all-around it was good. That’s the second-fastest time our school has had.”

It didn’t take long, however, for Casteel to pick up steam in other events. Carlson competed in and won the 1600- and 3200-meter runs. The Colts also picked up points from senior and UCLA football signee Isaiah Newcombe, who placed fourth in the 100-meter dash and was part of the Casteel relay team that placed second overall in the 4x100-meter relay.

The Colts also placed second in the 4x400-meter relay to pad their lead. Overall, Casteel finished with a dominating 121 points to win the Division II state title. The next closest team, Desert Mountain, had just 45 points.

The Division IV state track & field meet took place alongside Division II at Perry High School. Due to the pandemic still ongoing, the AIA split the four divisions and held them at two separate locations.

The change in logistics had no effect on Valley Christian, as the Trojan boys cruised to the state championship behind strong performances by the 4x100-meter relay team, made up of Christian Bell, Andrew Hanzal, Lake Jennett and Logan Kelley, as well as Jose Garcia in the 400-meter dash and 800-meter run. The Trojans also received a boost in point total in field events, including the pole vault where Kelley placed first overall, Corbin Stuber second and Benjamin Meiter and Tucker Roth fifth and sixth, respectively. Kelley also placed second in the long jump.

Valley Christian’s girls were locked in a tight race for the championship and sat in third with pole vault still yet to be completed. All Rebecca Smith had to do was clear her first-place vault and the Trojans would win the title.

She did just that and set a new Division IV record in the process.

Overall, Valley Christian’s girls won the championship by a mere three points. It’s the first time since 2009 both the boys and girls won the state titles.