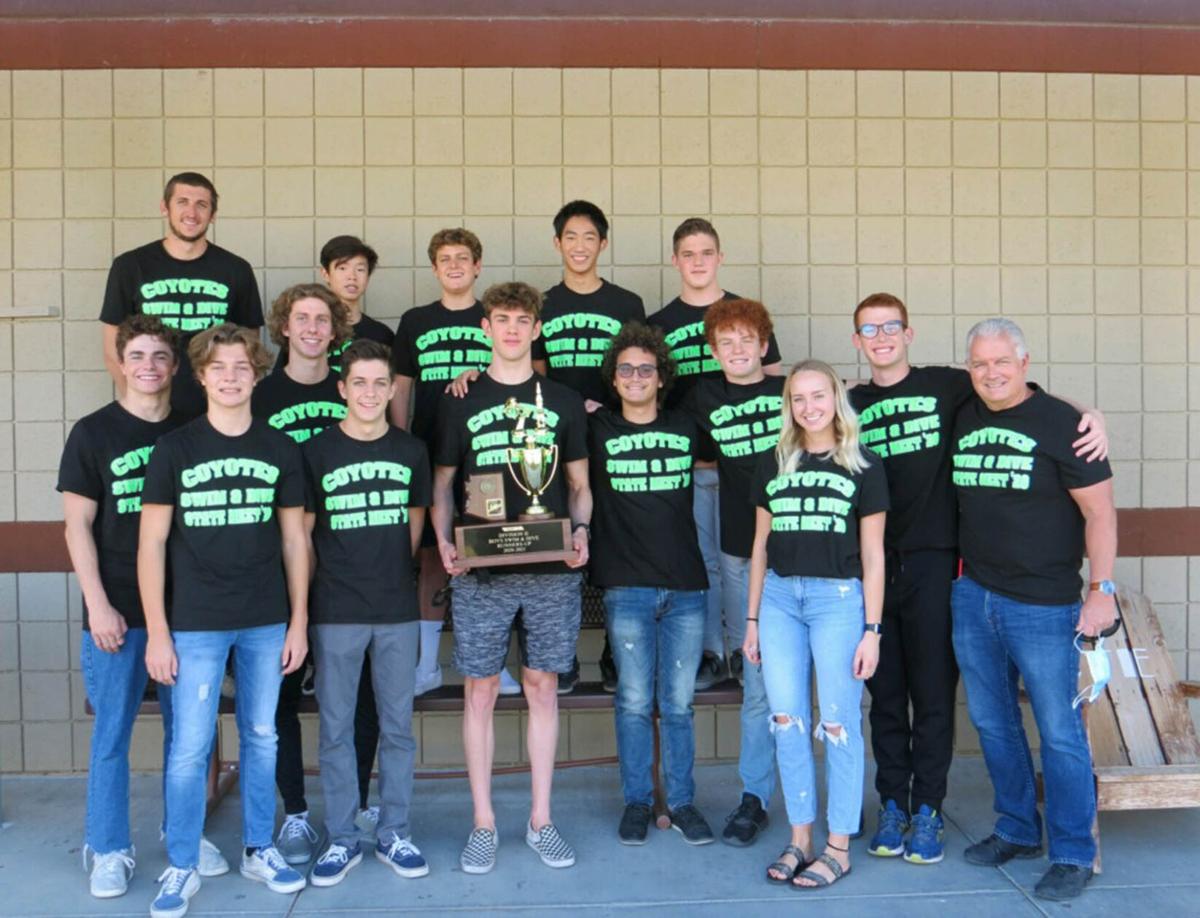 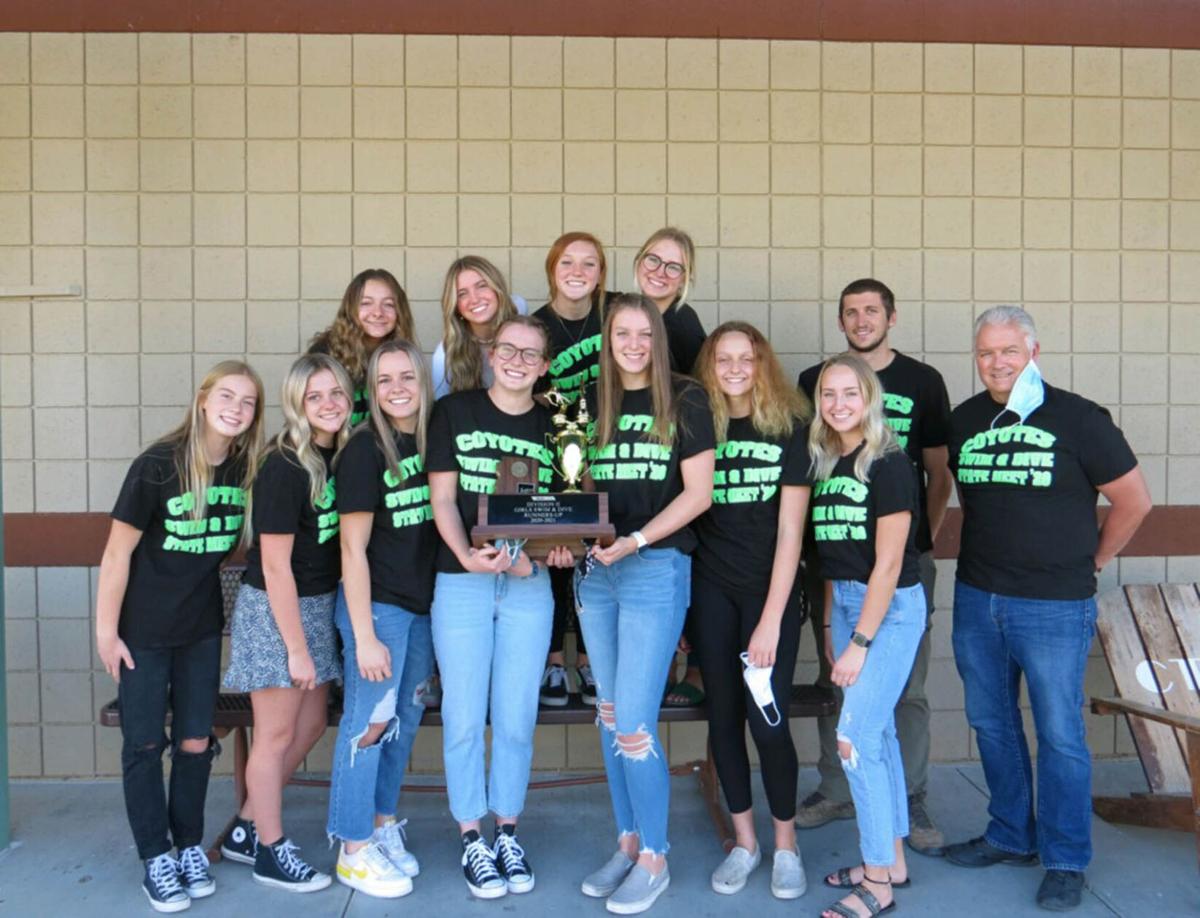 The Campo Verde girls finished as the runners-up for the second straight year.

The Campo Verde girls finished as the runners-up for the second straight year.

The Campo Verde swim program and several other East Valley teams reached the finish line of a 2020 season that involved numerous quarantines and abnormal meets.

Once the final scores were tallied on Saturday, Nov. 7, the Coyote boys and girls’ teams both placed second overall in Division II, carrying on their legacy as dominant programs.

“Character is born of adversity,” Campo Verde coach David Peters said. “I told the kids early on we can’t do anything about the cards that have been dealt to us. Every team is given the same hand. I’m extremely proud of the way they competed.”

The boys were the first to swim in the morning and got off to a relatively slow start. Campo scored minimal points in the first three events of the meet. But Jeremy Graunke – an Olympic trials qualifier – quickly changed that misfortune in the 50-yard freestyle, winning the individual state title in the event with a time of 20.13 seconds. His teammate, Christian Ostendorf, finished just behind him at 20.46 to win silver in the event. Brandon Kuhl also scored in the event by finishing in eighth place.

Ostendorf and Graunke went on to once again claim the top two spots in the 100-yard freestyle. Ostendorf placed first with a time of 44.83 seconds and Graunke second at 45.27. Kuhl again placed eighth to pick up much-needed points for the Coyotes.

Ostendorf, Graunke and Kuhl went on to win gold in 200-yard freestyle relay with the help of Hayden Grossarth. Peters said the boys’ time of 1:25.58 was 8 seconds faster than what they swam at the qualifiers. The same group again beat their qualifying time in the 400-yard freestyle at 3:11.44.

“I want each of my swimmers to worry about their swim,” Peters said. “I will never compare them to anybody else. Ultimately, when they’re in the water, they’re competing against themselves anyway.

“If they worry about their own swim, everything else will take care of itself.”

Peters admitted he wasn’t sure how the girls would respond this season after losing key swimmers from last year’s state championship team. To his surprise, they fared pretty well.

Paige Treptow, one of the team’s top swimmers, placed first overall in 50-yard freestyle and third in the 100 despite nursing a severely pulled muscle.

“She came out of the water after her first 100 free and couldn’t hardly move or breathe,” Peters said. “She had to overcome a lot of adversity just to compete. She showed a tremendous amount of character and courage just finishing the competition for her teammates.”

Despite her injury, Treptow teamed up with Blackhurst, Langford and Pedersen to clinch second place in the 200-yard free relay. Blackhurst then won gold in the 100-yard breaststroke.

Like many other programs, the coronavirus pandemic had its toll on Campo Verde. On separate occasions, some of the team had to be quarantined. And with some meets having been held virtually, it added a new level of adversity Peters said his swimmers were able to overcome.

The second-place finish for the girls was the second straight year finishing as the runners-up in Division II. The boys, meanwhile, won the title in 2019.

Peters said his program will likely go through somewhat of a rebuild next season, with several of his key swimmers graduating in May. However, the work ethic and overall mindset across the program will likely lead to the Coyotes once again at the top of the leaderboards in 2021.

“There were some questions, in the last two weeks especially, if the season would be called,” Peters said. “I just told them we had to roll with the punches. We can’t worry about things that are out of our control. We are a faith-based team. I give God and the Lord Jesus Christ all the credit.

“They were able to guide us through these circumstances and it’s his strength that carries us. That is the cornerstone behind everything that we do.”