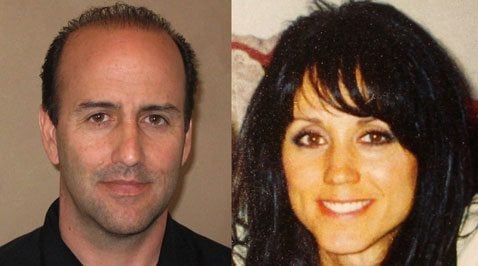 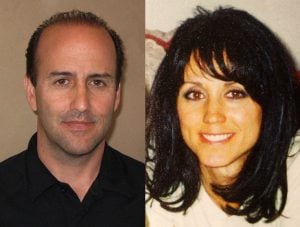 The daughter of a Gilbert woman who drowned in 2001 has sued the man convicted in her death to keep him from collecting royalties on a possible book or movie about the case.

A hearing is set for Tuesday for Douglas Grant, 43, to disclose whether a deal is in the works and to decide on whether a receiver should take over his finances.

Grant was convicted in March on a manslaughter charge in connection with the death of his wife, Faylene Grant, who drowned in the bathtub of the couple's home.

He was sentenced last month to five years in prison.

The suit, filed May 27 in Maricopa County Superior Court, seeks to put all of the money and property that Douglas Grant collected as a result of Faylene Grant's death in a trust fund for the oldest daughter, Jenna Stradling, and her three brothers.

"Jenna feels that it's wrong for someone to financially profit from the killing of her mother," said Keith Perkins, Stradling's attorney.

Stradling, 19, and a brother are Faylene Grant's children from a previous relationship. Faylene and Douglas Grant had two children together.

Perkins declined further comment, but he wrote in the lawsuit that Grant's jury found that he committed the homicide for financial gain.

Under state law, those who were harmed by the crime are allowed to benefit financially.

The lawsuit alleges that it was proven in the criminal trial that Douglas Grant collected $350,000 in life insurance after his wife died. Grant also might have collected a portion of the proceeds from a lawsuit involving a family business, and he sold the couple's Gilbert home.

"It is further believed that Defendant Douglas Grant may attempt to further financially exploit the notoriety of his criminal homicide of Faylene Eaves Grant by attempting to publish a book (or through other media) or by negotiating literary or media rights related to the homicide and criminal trial," Perkins wrote.

The case drew much media attention.

News shows from ABC, CBS and NBC covered the trial, and several lengthy, in-depth news stories were written about the case.

The state took Grant to trial on a charge of first-degree murder, alleging that Grant sedated Faylene Grant with painkillers and then placed her in a tub in their home, where she drowned Sept. 27, 2001.

The jury reached an impasse on first-degree and second-degree murder, settling on manslaughter after 13 days of deliberation and five months of trial.

Grant, a former nutritionist for the Phoenix Suns, told police he discovered his wife in the tub that night, pulled her from the water and tried to revive her.

The Maricopa County Medical Examiner's Office could never determine whether her death was a homicide, suicide or an accident.

Grant was not immediately available for an interview Friday.

This case was very trying and emotional. The empact this trial had on me, changed me in many ways! I never want to be a juror on a murder trial ever again!