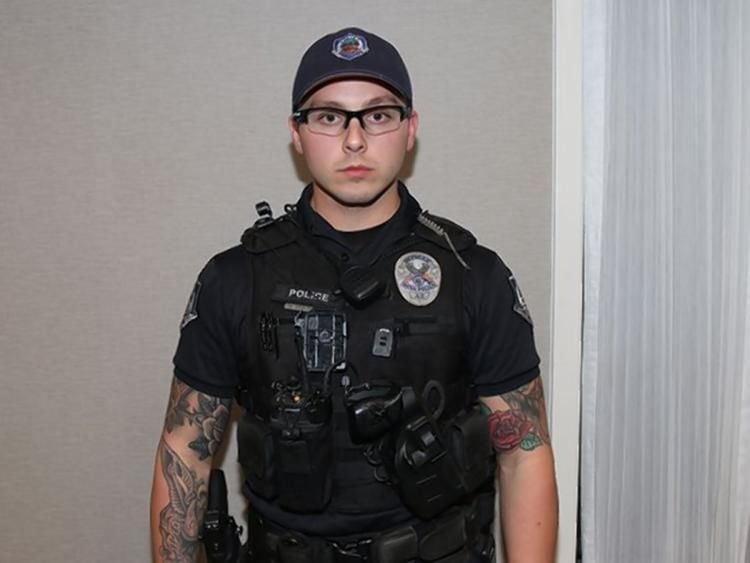 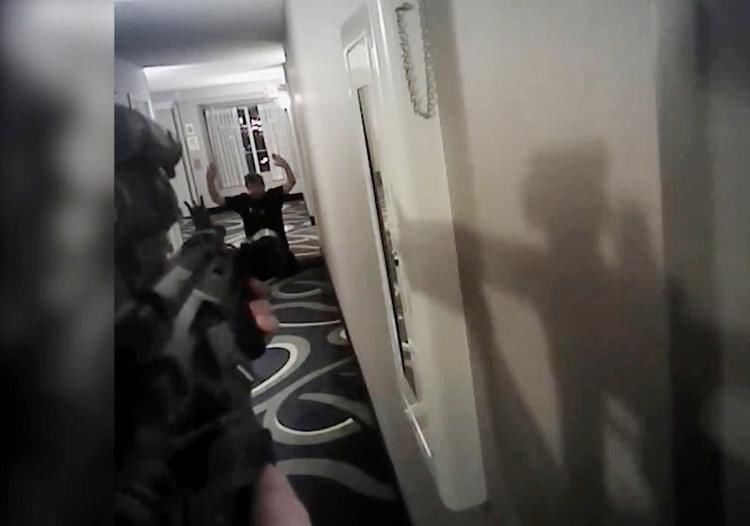 The controversial verdict that cleared a former Mesa police officer of murder in a dramatic shooting captured by a body cam spared Philip “Mitch” Brailsford from a potential prison sentence, but the case is far from over for Mesa taxpayers.

Mesa still faces millions of dollars in potential liability in a federal wrongful death lawsuit filed by Laney Sweet, the widow of Daniel Shaver, 26, a Texas pest control worker who was seen in the disturbing video begging for his life as he crawled in the hallway of an East Mesa hotel on Jan. 18, 2016.

Sweet is seeking damages of more than $100 million.

Brailsford, 27, shot the unarmed father of two, after Shaver appeared to reach behind his back. Lawyers for Sweet say Shaver was trying to pull up his loose-fitting gym shorts, but Brailsford and former Sgt. Charles Langley said they feared he might have been reaching for a gun.

The city fired Brailsford a couple of weeks after the Maricopa County Attorney’s Office took the unusual step of charging him with second-degree murder and negligent manslaughter. A jury found him not guilty of both crimes in early December, after Brailsford’s defense attorney argued he was following his training.

Brailsford’s termination notice cites violations of the Mesa police code of conduct and conduct unbecoming an officer. The code violations listed include getting arrested or indicted for any criminal offense; and using vulgar, obscene or profane language either directly or indirectly toward the public.

On a separate front, Arizona Police Officer Standards and Training is continuing its independent investigation into whether action should be undertaken to strip Brailsford and Langley of their certification. Langley was Brailsford’s supervisor that night and testified on his behalf during the trial.

The status of Brailsford and Langley’s certification, at least in the short term, is inactive.

That means both men conceivably could serve as police officers again, even though such a move would appear unlikely because of a predictable public backlash against any agency that hired them. Langley retired in the shooting’s aftermath.

The incident started when police were called to the La Quinta Inn and Suites after guests in the pool area reported seeing someone either pointing a gun out a window or holding a gun near a window.

The federal suit alleges a severe police overreaction that culminated in Shaver’s fatal shooting by Brailsford with an AR-15 rifle.

It says a motel clerk went to the room before police arrived and saw another guest, Luis Nunez, holding a pellet gun Shaver used for work, when she looked through the open door. Shaver had invited Nunez and Monique Portillo to his room for drinks.

The clerk, identified in the suit as Leticia Jimenez, was familiar with Shaver as a guest. In a statement to police, Jimenez said she thought she might be witnessing a gun sale.

The suit accuses Mesa police of negligently launching into an aggressive response aimed at drawing Shaver out of the room without speaking with Jimenez, who was so unconcerned about her safety that she approached the room unarmed.

“At the time he arrived at the La Quinta hotel, Defendant Brailsford was a lightly experienced officer whose prior conduct and actions indicated a dangerous immaturity, an unwillingness or inability to exercise personal restraint and a willingness to employ inappropriate, unwarranted and excessive levels of force and violence in his activities while on duty,” the suit says.

Claims against the city from Shaver’s wife and parents gradually grew from $8 million to $35 million to $75 million.

Attorney William Richards argued the city could face a $132 million award in court. Richards called a $75 million offer “eminently reasonable” and “fully supported by the facts and the law,” citing court decisions in police shootings nationwide.

But Mesa reached no settlement with Shaver’s family, claiming immunity under state statutes and blaming Shaver’s own behavior while intoxicated for his death as part of the city’s answer to allegations in the suit.

“Defendant was acting reasonably, in good faith, without malice and based upon probable cause and/or reasonable suspicion. At all times set forth in the Third Amended Complaint, Defendant’s actions were objectively reasonable under the totality of the circumstances then existing,” the city’s answer reads in part, adding:

“The decedent was solely or comparatively at fault for the injuries and damages alleged in the Shaver Plaintiffs’ Third Amended Complaint, thereby barring or reducing any recovery herein by way of comparative negligence. This fault includes, but is not limited to, the decedent’s alcohol intoxication.”

Mesa is self-insured with a $3 million deductible. Through multiple layers of insurance, the city has $50 million in coverage beyond the deductible, according to a Mesa spokeswoman.

A plaintiff or defendant must prove that each essential element is more likely true than not to prevail, according to uscourts.gov.

The suit says Shaver was a people person with a naturally magnetic personality and it would not have been unusual for him to cultivate friendships with the hotel staff and guests.

He had stayed at the LaQuinta on business trips in the past, and Sweet said in one of her online posts that the family had been planning to move from Texas to Arizona later that year.

“Daniel possessed a unique and charismatic personality. He was the type of man who saw nobody as a ‘stranger,’ and he found it incredibly easy to approach people he had not met before and coax a smile and laugh from them,” according to the complaint against Mesa.

In a crucial pretrial court ruling, a judge barred introduction of inflammatory evidence during Brailsford’s criminal trial that he deemed prejudicial: Brailsford’s etching of “You’re F---ed” on the dust cover of his police rifle.

While lawyers battle over Mesa’s level of responsibility for Shaver’s death, Brailsford faces a potential second challenge over his livelihood if not his freedom.

“This is following the same process, the same chain of events, that would involve any misconduct,” he said. “You are innocent until proven guilty. The same thing goes for actions before our board.”

If Arizona POST were to seek revocation of Brailsford’s certification, he could find himself the subject of yet another trial before a state administrative law judge on whether he should forfeit his right to serve as a police officer. The board would make the final decision.

Among the potential reasons to revoke Brailsford’s certification would be an allegation of a rule violation on Article 12, “engaging in any conduct or pattern of conduct that tends to disrupt, diminish, or otherwise jeopardize public trust in the law enforcement profession.”

Sweet was heartbroken and dumbfounded by the jury’s verdict and has accused Brailsford on several occasions of shooting her husband without justification.

“It took people watching my husband die a very inhumane, horrible death for people to care,” Sweet told CBS News in a nationally broadcast interview after the verdict.

“This was an execution. You had a man begging for his life,” she said. “I don’t understand how people could watch that video and say not guilty. That this is justified and Daniel deserved this, that Philip Brailsford should not be held accountable for his actions.”

Sweet has raised $94,285 out of a $100,000 goal through a GoFundMe page and has detailed her family’s suffering on a Facebook page.

It included a commentary on how much she missed her husband on Christmas, and a heartbreaking item about her 8-year-old daughter’s attempt to choke herself at school.

The despondent little girl was taken to a hospital and told her mother, “I want to be with Dad.”

The most horrible thing I've ever witnessed. I am mortified that the officer didn't get the death penalty. This was utterly horreindous. He's a total psychopath.

Both Brailsford AND Langley should be doing 20 years with no parole for what they did! Most people who watch the video and listen to the audio, the entire recording, will agree that is a deserved sentence.

Langley ran like a true coward to the Philippines. That wasn't mentioned