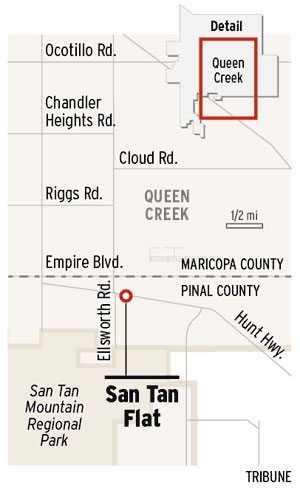 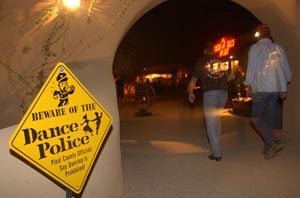 A Pinal County judge has ruled that San Tan Flat restaurant is not an illegal dance hall.

"We're thrilled," said Jennifer Perkins, an attorney with the Institute for Justice which is representing owner Dale Bell and his son Spencer. "We're literally ready to kick up our heels and dance."

Pinal County Superior Court Judge William O'Neil said Wednesday that the open-air steakhouse does not morph into a dance hall every time someone sways to live music in the restaurant's courtyard.

The decision ended a nearly two-year legal battle over dancing at the father and son-owned restaurant located south of Queen Creek.

Pinal County officials maintain that the issue was not over dancing but the restaurants impact on neighbors.

The Pinal County Board of Supervisors and a county hearings officer found Bell in violation of a 1960s dance hall ordinance subjecting them to a $700 fine for every day someone dances there. The ruling Wednesday overturned their decision.

"When a local government restricts freedoms it's a dangerous thing," said O'Neil. "San Tan Flat is not an enterprise for dance."

Pinal County Deputy County Attorney Seymour Gruber argued that alcohol sales, light, noise, and the nuisance caused to neighbors were a reason to restrict what goes on at San Tan Flat, but he failed to make a definitive argument about what makes the restaurant a dance hall - the ordinance the county decided to use to litigate against San Tan Flat.

O'Neil said that if those issues were of concern to nearby property owners, the Board of Supervisors should have taken action sooner - such as not approving a rezoning that allowed for the restaurant.

"I'm very pleased that the judge found that San Tan Flat is a food and beverage operation," Bell said. "Common sense has prevailed."

Pinal spokeswoman Heather Murphy said she was surprised the judge ruled immediately and was glad to have a clear interpretation of the county's ordinance.

Opponents of San Tan Flat who attended the hearing would not comment on the ruling.

Perkins said she and her client would evaluate what, if any, constitutional claims remain against the county.