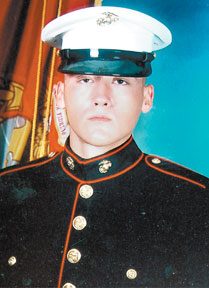 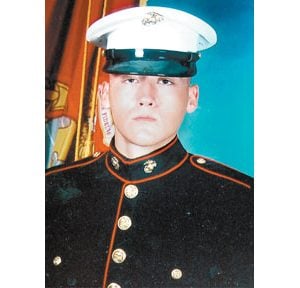 A Marine sergeant who was born and raised in Scottsdale died last week in Iraq. Sgt. Clinton Wayne Ahlquist, 23, died Feb. 20 after tripping an improvised explosive device while guarding a medevac helicopter in Ar Ramadi, 76 miles west of Baghdad, according to a release by the Defense Department.

Ahlquist’s current residence was listed as Creede, Colo., about 190 miles west of Pueblo.

Ahlquist was born in Scottsdale on Dec. 1, 1983, and he attended Scottsdale’s Saguaro High School until his sophomore year when he transferred to Creede High School. Shortly after graduating on June 23, 2003, he enlisted in the Marines.

Ahlquist was assigned to the 2nd Battalion, 4th Marine Regiment, 1st Marine Division, 1st Marine Expeditionary Force at Camp Pendleton, Calif., near San Diego. He did two tours of duty in Iraq and one in Okinawa, Japan.

Ahlquist had wanted a military life since he was 4 years old, Barbara Ahlquist told the Pueblo Chieftain newspaper in a recent interview.

“At Halloween, Clint would always dress up as GI Joe. He decided to join the Marines because they were the best of the best,” she said.

The former high school basketball player was among seven or eight Marines selected from a group of 600 during his first tour of duty to train with the Army Special Forces. Ahlquist received a commendation from the Army for his outstanding work, his mother said.

“He was tough. He ranked quite high in his class at boot camp at Camp Pendleton even though he completed his final humps with a broken foot,” she said.

At the time of his death, he was in charge of a Marine infantry squad that would carry out night raids.

Ahlquist’s mother told the Chieftain her son had been upset during their last conversation because his master sergeant recently had been killed.

Before joining the Marines, Ahlquist was editor of his high school yearbook and school newspaper.

He served as vice president of the student council and was named prom king his junior year.

His basketball coach, Aaron Christensen, told the Chieftain that Ahlquist was “one of those young men the younger kids looked up to,” and described him as respectful, compassionate and a good team player.

Ahlquist’s family will hold visitation for their son in Scottsdale on Sunday, and his funeral and burial will be Monday in Chandler and Phoenix, respectively.

Reporter Erin Smith of the Pueblo Chieftain contributed to this report.

TechMileage has openings for the following