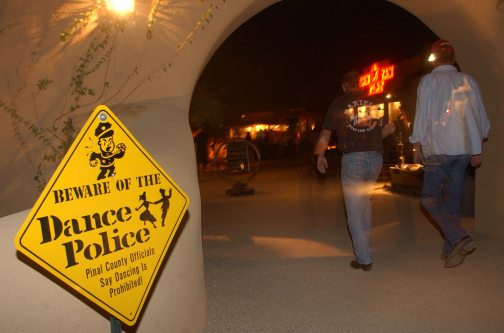 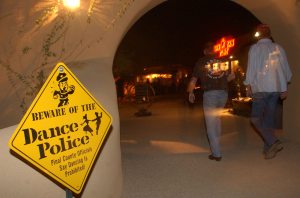 Pinal County’s San Tan Flat restaurant and its fight for the right to dance have caught the attention of comedian Drew Carey.

Carey, the host of game shows the Price is Right and Power of 10, has teamed up with Reason.tv to host a series of videos about individual liberty across the United States called The Drew Carey Project.

Reason.tv is an offshoot of Reason Magazine and Reason Foundation, which started 40 years ago. The group began focusing on visual journalism available through its Web site www.reason.tv in October 2007, said Ted Balaker, a producer for Reason.tv.

Though Carey didn’t visit the open-air steakhouse just south of Queen Creek, a video crew spent a day filming there.

“This adds one more voice, and I think Drew Carey has a credible voice and he speaks with some degree of credibility to the public,” said Dale Bell, who owns San Tan Flat with his son, Spencer.

Bell is represented by the Institute for Justice, a nonprofit legal advocate. He has been fighting Pinal County because county officials said the he is violating a county code by allowing dancing outside a completely enclosed building.

Reason.tv chose San Tan Flat to focus on for the sixth episode in its series.

“We gravitate, without explicitly saying it, to stories that involve bullying,” Balaker said. “A lot of them are where someone is trying to get along with their life and someone else gets in the way.”

Balaker said stories that happen in small towns or at a very local level are “especially tragic” because they often get overlooked by national media.

“The San Tan Flat story is about as wholesome as you can get, and you wonder why anyone would want to get in the way of that,” Balaker said. “It’s about the right to earn an honest living. If you’re not harming anyone else and people enjoy dancing, that hardly seems like something that should be against the law and restricted in any way.”

Bell said he is hopeful a large number of people in the Valley and beyond will watch the video.