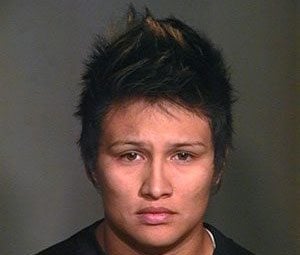 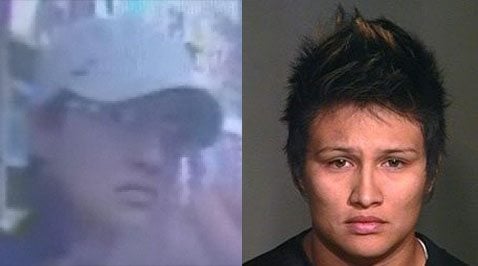 Mesa police say a 21-year-old woman majoring in criminal justice studies at ASU was the robber who smacked a clothing-store clerk with a crowbar last week.

Mesa police say a 21-year-old woman majoring in criminal justice studies was the robber who smacked a clothing-store clerk with a crowbar last week.

Police on Sunday arrested Karla Janeth Jauregui on suspicion of armed robbery and aggravated assault at Arizona State University, where she is a student.

Detective Mike Melendez, Mesa police spokesman, said Jauregui, a former worker at Casino Arizona, was identified from store surveillance video that ran on local newscasts, and she admitted to the robbery.

"She stated she did it because of financial hardship," Melendez said.

Video shows a woman in a white hat inside Name Brand Exchange, 1116 S. Dobson Road, hitting the clerk with the crowbar at the cash register after she pretended to be purchasing T-shirts.

The robber grabbed cash from the open drawer and hit the clerk again.