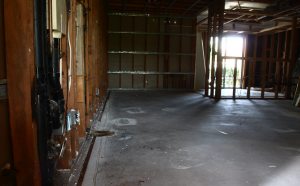 AFTERMATH: A gutted condo after it was flooded underneath Wendy Nickerson's home. 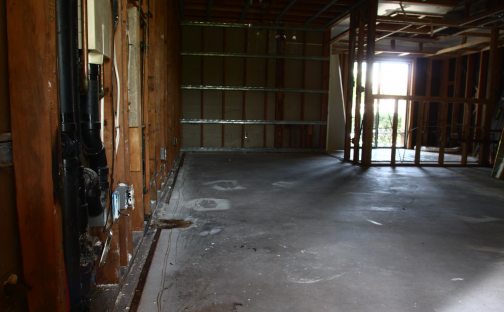 AFTERMATH: A gutted condo after it was flooded underneath Wendy Nickerson's home.

When a broken pipe flooded several McCormick Ranch condominiums in June, causing massive damage, homeowners figured they could count on the insurance they purchased through their homeowners association dues.

Not only did the HOA fail to act on their insurance claim, but the association is refusing to install water pressure relief valves on the building to prevent future breaks, and is blocking the residents from installing the valves themselves, said Gerry Price, whose condo suffered up to $20,000 in damage from the flood.

Furthermore, the HOA has ceased communication with the residents, refusing to respond to phone and e-mail messages, Price said.

The HOA, through its property management firm, National Property Services, wouldn’t answer questions from the Tribune, either.

Price’s condo was one of four in the McCormick Ranch Villages II complex on Purdue Avenue, off 91st Street just south of Mountain View Road in Scottsdale, that suffered major water damage when a pipe behind condo owner Wendy Nickerson’s toilet broke.

Nickerson attributed the break to excessive water pressure, which she had notified the HOA about when she bought her condo last year. The HOA, she said, never took any action.

“They said they would take it to the board and look into it,” Nickerson said. “In retrospect, (it’s a) lesson learned.”

Nickerson was out of the country during the flooding, but when she returned, she found that her baseboards and carpeting had to come out and that her refrigerator was dead.

“All the food in the refrigerator was molding. You couldn’t even breathe in here,” she said. “There’s a lot of electrical stuff that still isn’t working.”

The direct damage amounted to about $10,000, she said. But she’s really worried about mold, to which she is allergic and which could cost up to $100,000 to remove if tests indicate that it has taken hold inside the walls.

She’s already spent about $3,600 drying and dehumidifying the condo, and is looking for another place to stay while the refurbishing and mold testing continue.

The unit directly below her was completely destroyed. The walls and ceiling have been stripped down to a skeleton of wooden studs.

Nickerson said she was relying on a homeowners insurance policy she pays to Farmers Insurance through her $160-a-month HOA dues. “We figured everything would be covered by the HOA, with a $5,000 deductible,” she said.

However, the HOA refused to follow through with the claims of her and her neighbors, saying the individual condo owners should be held responsible because the leak occurred in the interior of a condo unit.

The HOA broke off contact soon after, Nickerson said.

She has since hired a lawyer and anticipates having to take the HOA to court, she said.

“We don’t want a lawsuit. We want to resolve this peacefully,” Nickerson said.

The dispute has taken its toll on her, she said.

“The emotional stress, you can’t even capture it in words. The sleepless nights,” Nickerson said. “It becomes an emotional endurance test after a while.”

The problem is that the HOA has failed to address water pressure, she said. A home inspector measured the pressure in her condo’s pipes at 100 pounds per square inch, and recommended installing a pressure relief valve.

“The main thing is we want to get these valves put on. We just want our places restored,” Nickerson said.

Price accused the HOA of refusing to install the valves and of preventing residents from installing them themselves, because it could be construed as an admission of the HOA’s liability.

“The water pressure in the building is way too high. It’s happened before and it’s going to happen again,” he said of the broken pipe. “It could have been a preventable thing. If they had taken care of that issue, I don’t think we’d be here talking today.”

He said each valve costs about $1,200, and only one is needed per building.

“That really isn’t that much compared to the potential problems of not putting them on,” Price said.

“That’s within the normal operating pressure. It’s on the high side of good,” he said.

The break could have been caused by the age of the pipes, Petty said.

Residents said the complex was built about 24 years ago.

“In those days, there was not a requirement for the condos to put (pressure relief valves) in,” Petty said. “I would be surprised if 100 psi could break anything, unless they have old pipes or an instantaneous surge hit them.”

The city is not responsible for the damage, but city officials do recommend that every home install a pressure valve, so that if there is an unusual spike in pressure, they’ll be protected, Petty said.

Price said he’s afraid to move ahead with repairs out of fear of another broken waterline.