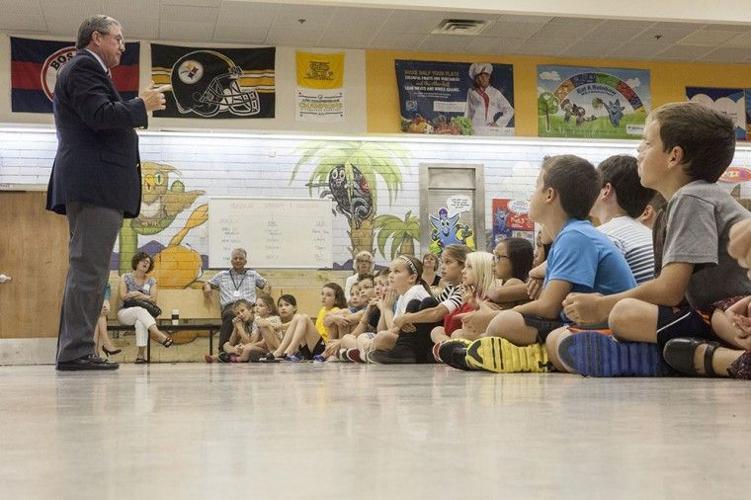 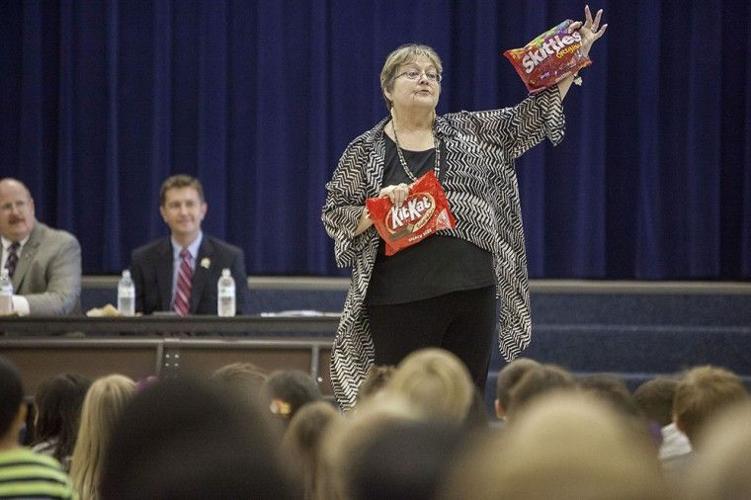 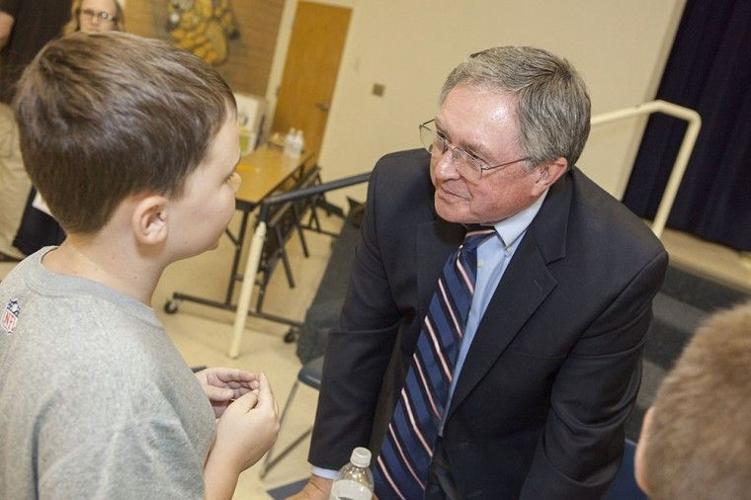 State Senator John McComish speaks with a student after the Candidate Panel at Kyrene de la Sierra on Monday, Oct. 22, 2012. 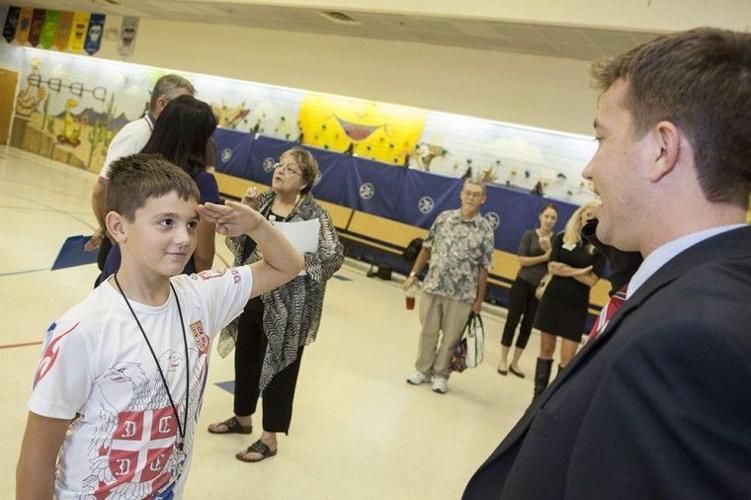 Legislative District 18 candidate Corey Harris teaches a student how to salute after the Candidate Panel at Kyrene de la Sierra on Monday, Oct. 22, 2012. 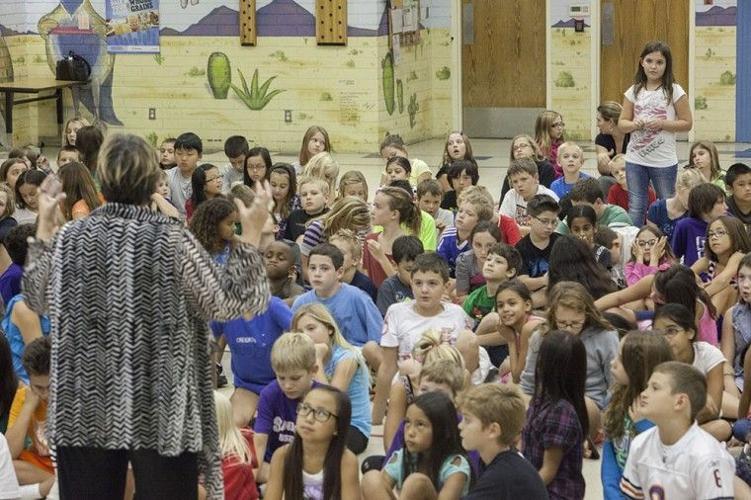 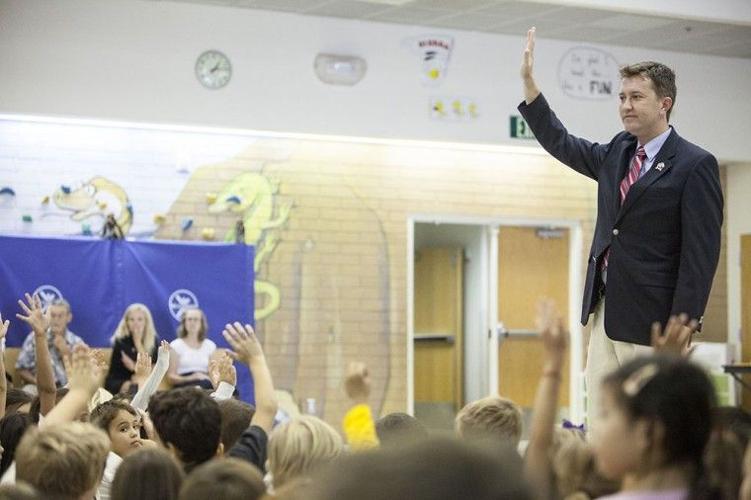 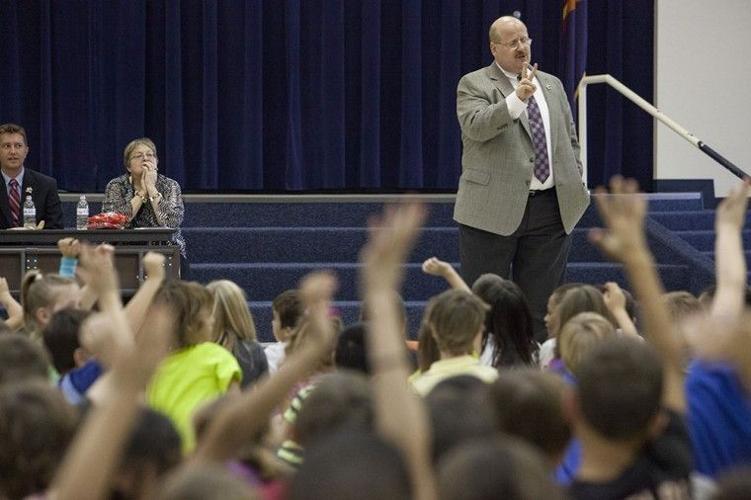 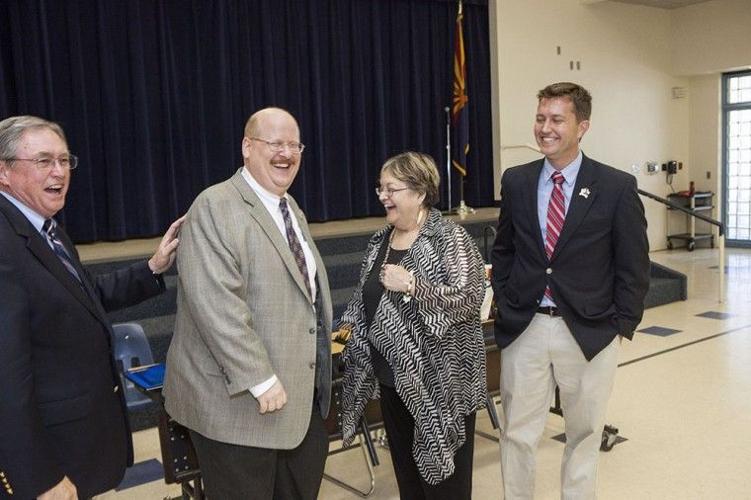 State Senator John McComish speaks with a student after the Candidate Panel at Kyrene de la Sierra on Monday, Oct. 22, 2012.

Legislative District 18 candidate Corey Harris teaches a student how to salute after the Candidate Panel at Kyrene de la Sierra on Monday, Oct. 22, 2012.

It’s amazing to see how much politicians really do agree on when it’s all boiled down to its simplest form.

That’s what students at Kyrene de la Sierra Elementary School in Ahwatukee Foothills got to hear on Monday. Sen. John McComish, Dr. Janie Hydrick, Darin Fisher and Corey Harris, all candidates for office in Legislative District 18, took time out of their day to explain the importance of voting and why they’re running for office to the elementary students.

For once it was a forum with no disagreements, even as the older kids asked questions like, “Why is it so hard for some people to get a job?” and “Why did you get involved?”

Fisher even did his best to explain the difference between Republicans and Democrats to a group of first- and second-graders.

“Everyone is a good person, sometimes we just have different ideas,” Fisher told the kids. “When your mom or dad or brother or sister picks you up from school how many of you turn left to go home? How many of you turn right? If you turn left or you turn right you can go to the same places but you go a slightly different way. That’s how politics is sometimes. We all want to do the same thing, we want to help you… but sometimes we just have different ideas on whether we want to turn left or turn right. We all want to go forward.”

The assembly was held to supplement Kids Vote curriculum teachers had the option of giving to their students. The goal of Kids Vote Arizona is not only to get kids involved in their community at an early age, but hopefully inspire some parents to get more involved as well.

“Kids Voting AZ is such a great program,” said Pamela Bridge, a parent and Kids Voting chairwoman. “Since they’ve been having that program and mock elections and helping kids think about elections, they said parents voting in Arizona has gone up significantly just because kids go home and say, ‘Guess who we saw today?’”

Some of the kids already recognized many of the candidates and were excited to get their questions answered. One boy even shed a few tears when the assembly ended before he was called on to ask a question. He took full advantage and rattled off multiple questions when he was allowed to approach the candidates afterward.

“It’s important that voters aren’t just voting because they see a flag or a name or a party,” Harris said. “We want them to actually vote based on sound policy and understanding what’s going on. That starts when you’re a kid. If you don’t have that push when you’re a child then you’re not going to care about it when you’re an adult.”

Hydrick, a teacher for 45 years, was the star of the show when she pulled out candy to explain the importance of voting. She asked students to raise their hand and vote if they’d rather have Skittles or Kit Kats — but only half of the students were allowed to vote. When the winner was announced and some students began to complain that it wasn’t fair, she agreed.

At the end of the assembly all the candidates agreed no wrong answers were given to the kids, though they all had different points of view. But why take their valuable time to speak to kids who are much too young to vote?

“My greatest political frustration is people that are not involved,” McComish said. “Maybe if we catch them early then they will stay involved. Besides that, it’s just fun.”

Vote and make the correct choice

My reason for writing is that if President Barack Obama is not re-elected he would be disappointed, but overall he and his family would be OK.…

Josh Glider, assistant director of the Kyrene Community Education and Outreach Services Department, and Marisa Vega, program coordinator for B…