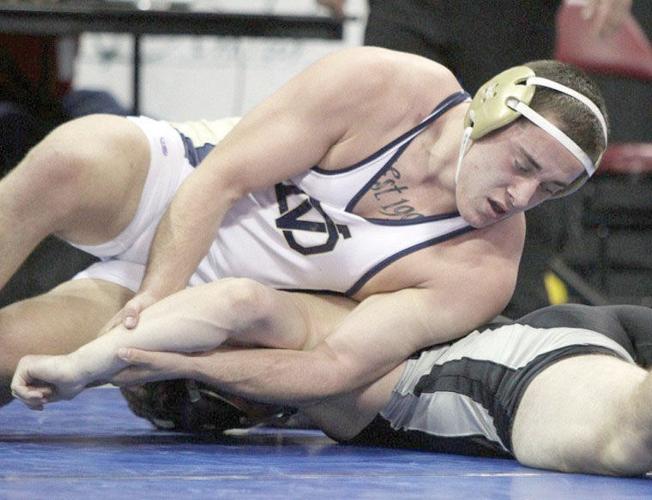 Desert Vista senior Alex Bambic is on his way to being the school's second three-time state champion. 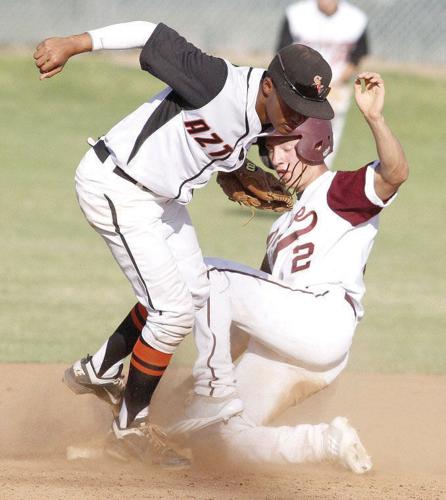 The area baseball teams have plenty of talent returning, including Mountain Pointe junior Ernie de la Trinidad, right, but there might not be enough pitching to get deep into the postseason.

Desert Vista senior Alex Bambic is on his way to being the school's second three-time state champion.

The area baseball teams have plenty of talent returning, including Mountain Pointe junior Ernie de la Trinidad, right, but there might not be enough pitching to get deep into the postseason.

The assignment is to predict the next year in sports.

If it was that easy, Las Vegas would be just another city in Nevada with a bunch of pretty, but empty, buildings.

With that said, we are willing to take a shot at it. Some will be serious, some will be tongue-in-cheek and all will probably be wrong.

For fun we took a look at last year’s predictions to see how we fared.

I missed some things badly — like the Diamondbacks earning a wild card spot, Green Bay winning the Super Bowl and the Cardinals going 7-9 — but for the most part it wasn’t too bad.

I said the Mountain Pointe football team would return to the 10-win season, along with Desert Vista wrestler Robbie Mathers becoming the first three-time state champ in school history and predicted the Coyotes would win their first playoff series since moving to Arizona. Also had the Giants winning the NL West along with the Desert Vista boys hoops team will making the semifinals.

Let’s start with the current winter sports and some easy pickings.

Desert Vista senior Alex Bambic will become the school’s second three-time champion. What is unique about his career is that he will have won all three titles at a lower weight than the year before. He is expected to win it at 182 this year after 195 as a junior and 215 as a sophomore.

The Thunder as a team will take a step back after finishing third the last two years. They’ll still finish in the top five but teams like Corona del Sol, Mesa Mountain View and Sunnyside have too much.

The other wrestling prediction has Mountain Pointe getting its first state placer since 2009-10 when Cody Rojas finds the podium at 121.

In soccer I see both the boys and girls teams at Desert Vista making the state semifinals with one of them making it to the finals. The return of Danny Gavin to the boys team gives them a top talent and it proves to be the difference.

The most impressive team so far has been the Mountain Pointe girls squad and it will continue on the way to a fourth-straight 20-win season.

I still think, however, the Desert Vista boys end up going the deepest into the tourney. With a player like Greg Carter, who can takeover games, the defensive-minded Thunder find a way to get it done in February, although another semifinal appearance might be asking too much.

It can’t happen again. Then again I said the same thing last year. The Desert Vista boys golf team will win its first state title next fall after finishing runner-up four years in a row.

The golf Gods can’t be that cruel, can they?

Two highly successive area coaches, one from Desert Vista and one from Mountain Pointe, in minor sports don’t return next season.

Since 2009, Mountain Pointe and Desert Vista have combined for five semifinal appearances so chances are one of them will make it back that far again in 2013.

It is easier to envision the Pride getting there with Jalen Brown, Natrell Curtis, Antonio Hinojosa, Wesley Payne, Charlie Trevino and Co. going back.

There were plenty of juniors who made an impact, but they’ll be counted on much heavier this go-around. The Thunder will get into the seven-win range and make the postseason.

The baseball teams have brought plenty of success in recent years and there is a lot of talent — MP’s Brantley Bell, Ernie de la Trinidad and Cole Tucker, and Desert Vista’s Colby Woodmansee, Tyler Viza and Aaron Modi — to go around, but not sure there is enough pitching to get through the difficult postseason schedule to make a deep run.

The track season will see some fireworks with Travonn White going for 25 feet in the long jump and Desert Vista’s depth keeping them in contention for both the boys and girls meets.

All of Ron Passmore’s work on getting a youth baseball complex in Ahwatukee come to fruition and the ABC Project gets approval to use the space at Chandler Boulevard and the Interstate 10.

On to the Pros

The Cardinals hang on to Ken Whisenhunt for pure financial reasons, get Matt Barkley in the draft and all of a sudden Whisenhunt gets a contract extension when the team starts winning games again.

As far as the end of this current season, the Seahawks continue their hot streak to the Super Bowl but it ends there with a loss to the Denver Broncos.

The Diamondbacks make one more move before the season — the signing of Cody Ross was just odd — but it doesn’t matter.

The Dodgers are spending fools and the Giants are the defending World Series champions.

The Coyotes never take the ice this season and the Suns are mostly irrelevant but do just well enough to finish too high in the lottery to get an impactful player.

Now just don’t hold me to it.

Super Bowl Sunday surely is one of the meatiest eating days of the year. But it’s still somewhat surprising the lengths some people will go to…