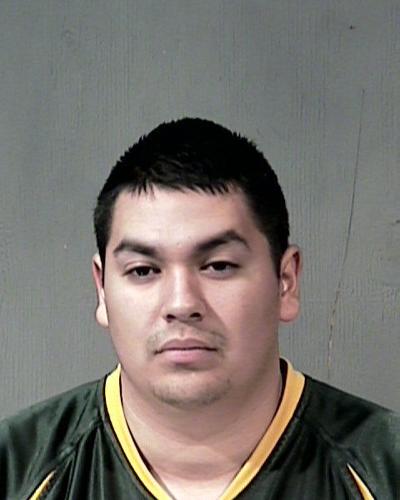 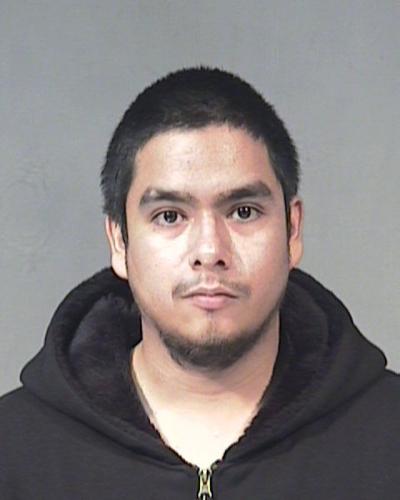 For the second time in less than a month, police say that another child has died from a brutal beating at the hands of an adult caretaker.

Sergio Thomas, 21, of Chandler was arrested early Tuesday on suspicion of first-degree murder and two counts of child abuse in connection to the beating death of his 7-month-old daughter who was pronounced dead at 7:01 a.m. at Phoenix Children's Hospital. The girl died from a skull fracture and bleeding on her brain. Thomas initially was arrested on suspicion of child abuse on Monday.

During the course of the interview with investigators, Thomas said, "I made a mistake and killed my daughter," according to Detective Frank Mendoza, a Chandler police spokesman.

Thomas told police he had been "frustrated" because the baby had been up crying most of the night.

"He pulled her up out of the crib and shook her because she was crying," Mendoza said.

Thomas also hit the girl on the back of her head with his hand, Mendoza said.

He had been arrested in August on suspicion of a domestic violence-related incident that left his wife and daughter injured.

Thomas' arrest on Monday came hours before the Maricopa County Attorney's Office announced that Jorge Busso Jr., 23, of Mesa was indicted on a first-degree murder charge in the death of his girlfriend's 4-year-old son, Ramon Alejandro Haro Colin, who died at Phoenix Children's Hospital on Dec. 5, two days after the child's mother discovered him lying in his bed unresponsive, according to police.

Busso, an illegal immigrant from Mexico with a criminal history who was supposed to voluntarily return to Mexico in 2008, told police he beat the boy with a belt over his back, arms and buttocks and slammed his head into the wall for soiling his pants.

When Ramon's mother returned home from work, she discovered the boy lying in bed, unresponsive. A long period of time elapsed before she and Busso sought medical help, police said.

Had Busso or his girlfriend called for help sooner, the child might have lived, according to information the Maricopa County Attorney's Office received from the doctor who tended to the child's injuries.

In 2009, half of Chandler's six homicides were from severe abuse of children ranging from 3 weeks to 3 years old. All of the suspects accused in those beatings have been charged with first-degree murder and their hearings are proceeding through the Maricopa County Superior Court. One of the worst cases of abuse Chandler law enforcement officers and hospital workers saw was the one involving the death of 3-year-old Schala Vera, who died in August, 2009. Schala's body was discovered lying between the bathroom sink and toilet where she had crawled to hide after police say her mother's boyfriend, Dauntorian Sanders beat her with a belt and had dangled her over the upstairs bannister. Schala's mother, Susan Wichbracht, also has been charged with first-degree murder.

The disturbing outbreak of severe child abuses cases caused the Chandler police and Valley agencies to form the Child Abuse Prevention and Awareness Coalition, which now consists of about 50 agencies, according to Sgt. Joe Favazzo, a Chandler police spokesman. Favazzo helped organize the coalition with Detective Gary Fuller, who investigated the Vera case, but died in November of pancreatic cancer.

"Enough is enough," Favazzo said. "We saw the need to form the coalition to educate people such as neighbors or family members on signs of child abuse and to help people who are under stress, frustrated and who think they may harm a child. If you're in a situation where you think you're going to harm a child, call 1-800-4ACHILD."

Dr. Erin Nelson, a forensic psychologist for Steven Pitt and Associates in Scottsdale, told the Tribune that such child abuse and domestic violence incidents can escalate during the holidays for a number of reasons such as struggling with the loss of a job,

"Unfortunately, it's common," Nelson said. "When people have difficulty controlling their impulses and anger, (they) can lash out. Sometimes, during the holidays, people are under financial stress and there can be family discord that can lead to domestic violence."

Both Busso and Thomas are being held in a Maricopa County jail without bond.

In a statement, Maricopa County Attorney Bill Montgomery said, "Adults who harm children must be held accountable for their actions, especially when those actions result in the death of an innocent child. The degree to which any society can be judged civilized is, in part, to the degree that we protect and defend the most innocent and defenseless among us. We will vigorously prosecute (the Busso case) to the fullest possible extent to ensure that justice is done."

Details: A group of about 50 agencies partnering to help prevent child abuse and bring awareness of the problem.