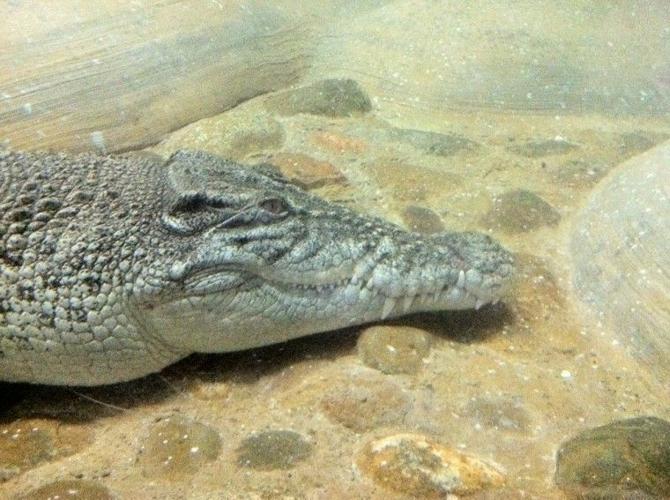 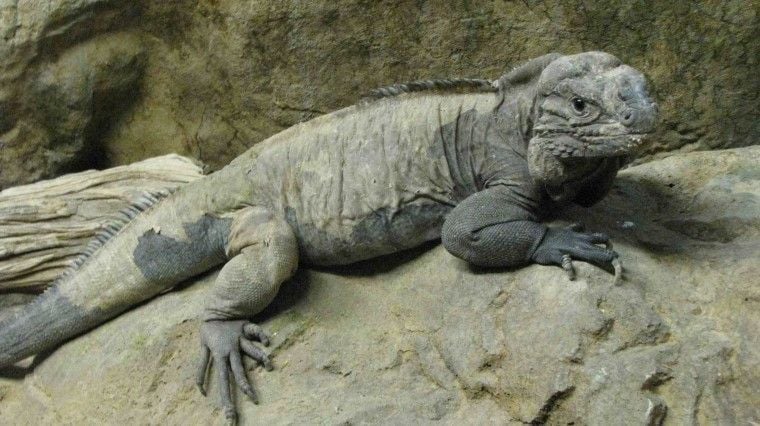 Like all reptiles, these creatures use the environment to control their body temperatures. Dragon World features large acrylic panels including some with underwater viewing to provide visitors with an up-close look at these amazing animals.  The centerpiece of Dragon World is “Jaws” — the only saltwater crocodile in Arizona.

Saltwater crocodiles from Australia and Southeast Asia are the largest and one of the most fearsome varieties of crocodilian in the world.  While many smaller crocodilians including the Nile croc, the African Dwarf croc and one of the planet’s most rare reptiles, the albino alligator, already call Wildlife World home, none compare to the size and strength of a “salty.”

As recent news reports suggest, this species can weigh more than a ton and exceed 22 feet in length.  This means at about 10 to 11 feet, the zoo’s newest arrival is only half its potential size.

“We are pleased to be able to generate revenue for the county and state through payroll, sales and property taxes,” said Mickey Ollson, Wildlife World Zoo & Aquarium director. “Visitors to our zoo and aquarium have funded our growth and improvements, including Dragon World, over the past 27 years. They vote on our performance with their hard earned dollars, and we are humbled by their continued support during these tough economic times.”

Of course, no reptile exhibit would be complete without a giant snake. Dragon World features a man-sized, 200-pound, 20-feet long and still growing reticulated python. This constrictor is not only the longest species of snake, it’s the longest reptile in the world. Some reticulated pythons have reached more than 26 feet long. Rounding out the list of dragons will be giant Aldabra tortoises, spectacled caiman, African dwarf crocodiles, plus a variety of smaller lizards, and several species of monitor and iguana lizards.

The longest of the lizards, the crocodile monitor, can reach up to 10 or more feet in length. Up to two-thirds of the croc monitor’s body is made up of its long, whip-like tail. This long appendage provides balance for this arboreal animal, as it spends much of its time in the trees searching for prey. On the other end of the spectrum will be a group of impressive looking but gentle rhino iguanas. These largely vegetarian Caribbean animals are threatened with extinction due to habitat loss, pollution and over-hunting. Their name stems from the chocolate-chip-shaped horns at the end of their snouts.

Wildlife World Zoo & Aquarium is at 16501 W. Northern Ave., Litchfield Park. It’s open seven days a week, 365 days a year, including all holidays. Zoo exhibits are open from 9 a.m. to 6 p.m. (last zoo admission is at 5 p.m.), Aquarium exhibits are open from 9 a.m. to 9 p.m. Daytime admission includes access to the zoo and aquarium. Special reduced evening admission to Aquarium-only is available after 5 p.m.

During the holidays, electronic devices and gadgets seem to dominate the market, and children are always "plugged in."

‘Tis the season of party planning and all the fun that comes with it.

It's holiday time again! Only how many more days until Christmas?

Once again, the holiday season is fast approaching. Let us all remember that crooks love this time of year. Why? Because it is loaded with cri…

One of the most pleasant surprises of the last couple of weeks is the cool evenings and even some cold and rainy nights. If you are fortunate …

Remember the old ugly composition books? They didn't come in fancy colors like they do now! However, those new fancy comp books have a fancy p…

In a year of animated sequels, ‘Happy Feet Two' is a standout

Desert Vista began the week like it was any other.

Girls on the Run at Horizon

The wide smiles on 24 sweaty, apple-red faces said it all. As they finished their practice 5K, our team of girls, ages 9 through 11, did more …

Coyote population is a problem

Keep your pets inside