Skip to main content
You are the owner of this article.
Edit Article Add New Article
You have permission to edit this article.
Edit
Home
The Mesa Tribune
Scottsdale Progress
The Chandler Arizonan
Gilbert Sun News
Queen Creek Tribune
Classifieds
Sports
More
1 of 2 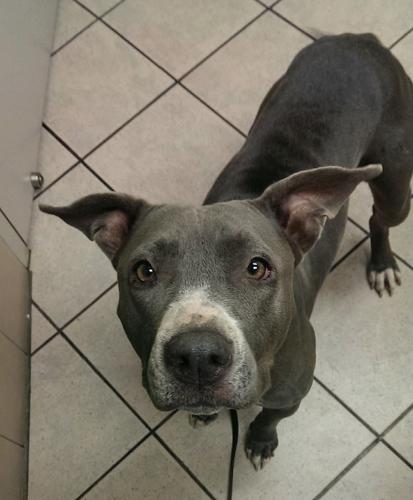 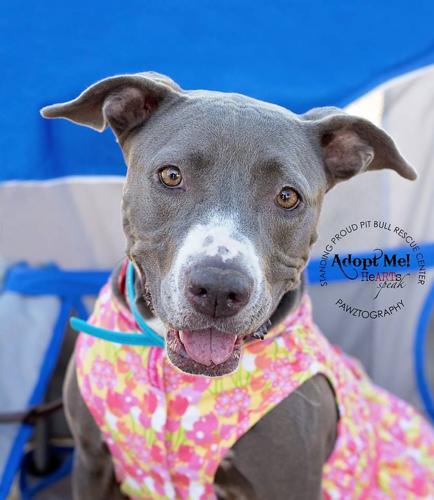 A local dog is getting much needed help from two organizations, one national and one based in Mesa. However, the care she needs will take help from the community as well.

Crissy, a pit bull, was scheduled for euthanization by Maricopa County Animal Care and Control when Abby Cohen, founder and president of Mesa-based Standing Proud Pit Bull Rescue Center, was able to take her in, and she is trying to get the dog the help she needs.

“Crissy is currently being treated for an autoimmune thrombocytopenia,” said Dr. Amber Naig, a veterinarian at University Animal Hospital in Tempe, in an email. “Crissy also has entropion, meaning that her eyelids roll in and continuously irritate her eyes.”

Basically, autoimmune thrombocytopenia means Crissy’s own body attacks her blood platelets, affecting her ability to clot and stop bleeding. For a dog that has produced as many litters as it is suspected Crissy has, this is a serious problem her caretakers said.

Entropion, rolling of the eyelids due to abnormal formation or length, is fairly common in dogs but is still a condition that must be corrected through surgery before it causes ulcers or other problems, not mention how uncomfortable the condition is.

The seriousness of her conditions may have relegated her to a euthanasia list, but the difficulty of treating them means simply pulling Crissy out of the pound will not be enough to save the dog. And so, a national organization called PoundWishes is trying to help raise $3,000 of the funds necessary to pay for her care.

Eventually, Abby says, Crissy will look for a forever home, after she has healed to a maintainable state. But Naig points out that the condition will be lifelong.

“She will need to be on immune suppressive drugs,” she said.

Cohen thanked PoundWishes for their help, saying the donations will help immensely, but the increased attention to Standing Proud’s work has been equally helpful.

“They have been awesome with getting the word out about our organization.” Cohen said. “Anything helps, at this point.”

PoundWishes was founded by a young girl named Mckenzi Taylor who survived a battle with leukemia. Remembering her experience with the Make-A-Wish Foundation, she wanted to do the same thing for animals in the pound. In a very short time, the organization has raised over $15,000 and granted PoundWishes to more than 150 animals, a second chance for happiness.