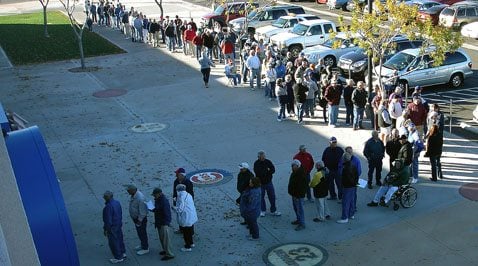 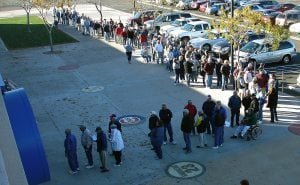 Apparently not even the economy is going to stop Chicago Cubs fans.

“We were all kind of worried,” Hunter said. “We sat in those meetings and wondered about the economy. I think for the most part, people love their Cubs. So far we don’t seem affected and we hope the trend continues on throughout the spring.”

There are four more games this year — 19 total — than last year on the schedule for the Cubs at HoHoKam stadium. The spring training season is about a week longer.

With the additional games in the Cactus League, from 172 last year to 240 this year, Robert Brinton, president and CEO of the Mesa Convention and Visitors Bureau, said it’s likely attendance records will be broken.

Already sold out are the Cubs vs. White Sox games, Hunter said.

“It doesn’t hurt that Chicago and all the Midwest is under siege with the coldest temperatures in decades,” Brinton said.

He and Hunter are going to Chicago on Thursday for the 24th annual Cubs Convention, where they’ll promote spring training in Mesa.

The first game at HoHoKam Stadium is 1:05 p.m. Feb. 25 against the Los Angeles Dodgers. As of Wednesday afternoon, tickets for that game were still available.

The box office at the stadium opened at 9 a.m. Tuesday for on-site sales. A line of people from the box office to the parking lot was formed by 7 a.m. when Hunter arrived, she said. It continued all day.

“We were all really pleased,” Hunter said.

This year, there are 117,000 tickets available for the spring season at HoHoKam Stadium. Last year, there were about 87,000 tickets. The difference comes from the longer season and the addition of about 375 seats, Hunter said.