Skip to main content
You are the owner of this article.
Edit Article Add New Article
You have permission to edit this article.
Edit
Home
The Mesa Tribune
Scottsdale Progress
The Chandler Arizonan
Gilbert Sun News
Queen Creek Tribune
Classifieds
Sports
More
1 of 6 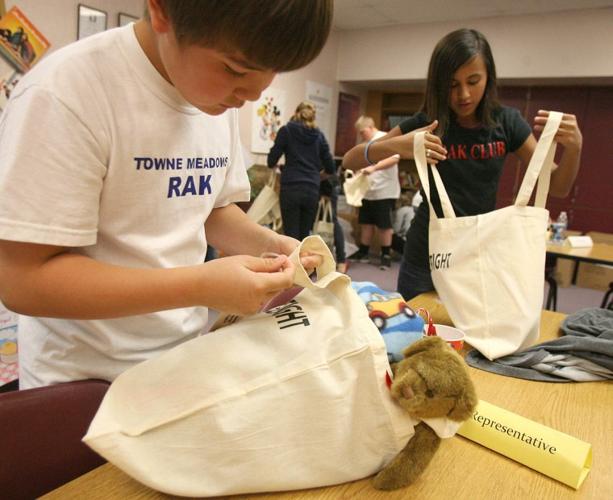 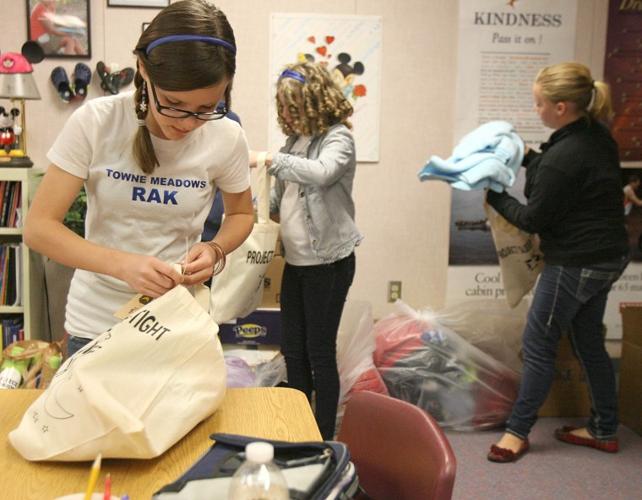 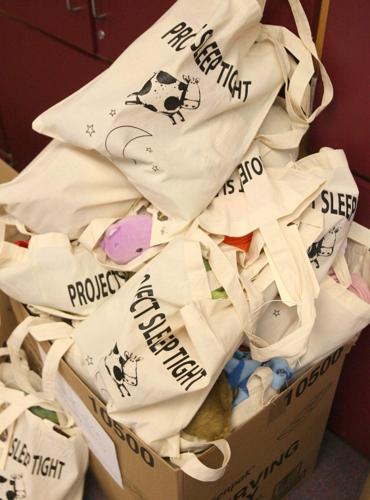 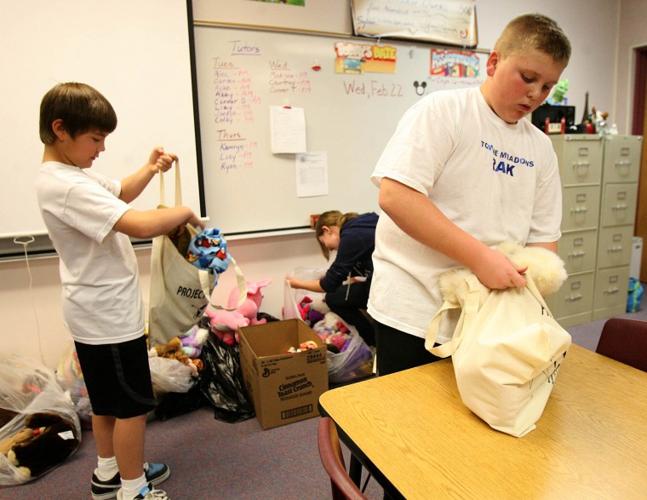 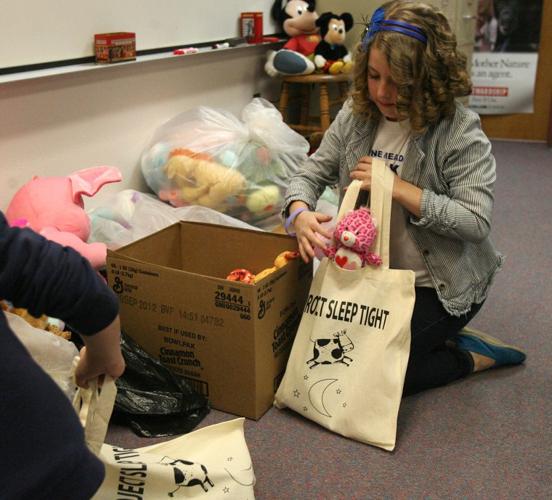 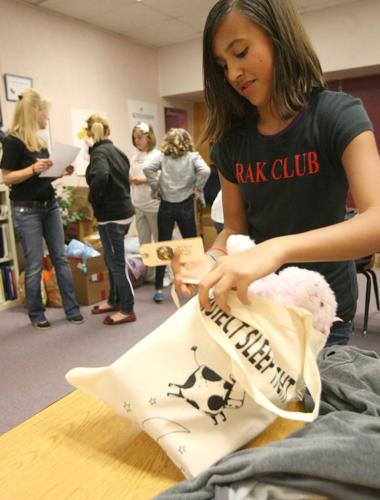 Students at one Gilbert school are hoping a book to read, a fleece blanket, a stuffed animal and a new toothbrush can help make the difference to a child who enters one of the Valley’s homeless shelters.

Towne Meadows Elementary School’s Random Acts of Kindness club picks a charity or organization to focus on each year. But this year, they decided to create a project of their own, said club sponsor and teacher Jeanie Owens.

Spurred by a television program she saw about a California group collecting items for homeless children there, Owens brought the idea to her classes. They jumped on the idea, announcing their plans to the school. In less than two weeks, enough donations came in to stuff more than 100 tote bags that will be delivered to the shelters this weekend.

“I thought it was outstanding,” said sixth-grader Lizzy Martinez, 11. “We collected a lot more than I thought we would. We want to ask other schools to help collect. It’s to donate to more shelters.”

“From the grass-roots level, we’re trying to organize it and see it through. Now we want to keep it going,” she said.

The children decided which items to collect.

“Each child likes to cuddle with a fleece blanket and a stuffy to feel like they’re at home,” Martinez said.

“Most of the books help you think about other things, not being in a homeless shelter,” sixth-grader Ashley Love, 11, said.

Towne Meadows students have orders for more filled tote bags. The group wants to see Project Sleep Tight become a community-wide effort. Owens received a tax-deduction ID number just this week and she hopes that will help make it happen.

The group is seeking a sponsor to pay for the tote bags used to hold all the goodies they collect. Each bag costs $2, which includes the printing on it — a picture of a cow jumping over the moon drawn by student Abby Wallace, 12. A parent at the school works at a printing company that is providing the service for a discount. The club borrowed money from the student council to pay for this round of bags, Owens said.

Besides a sponsor, students said they need more chapter books for older children. All items — except the toothbrushes — can be gently used or new.

Great job kids! To the adults: I can scrape a few things together to help this effort...can you?