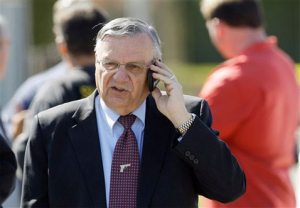 Maricopa County Sheriff Joe Arpaio speaks on a cell phone near a drop house in the Maryvale area of Phoenix on Friday, March 12, 2010. 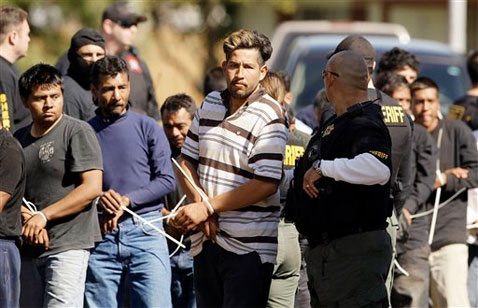 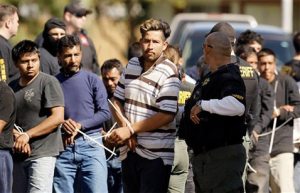 Maricopa County Sheriff Joe Arpaio speaks on a cell phone near a drop house in the Maryvale area of Phoenix on Friday, March 12, 2010.

The 36 people were held hostage in a small boarded-up bedroom for several days and were not in good condition, Arpaio said.

"We rescued them," Arpaio said. "They are all, right now, we feel illegal. We are still in the process of questioning them."

The sheriff said the smugglers also called the hostages' family members across the nation and told them they would kill the hostages if the relatives failed to send money. Smugglers often charge their human cargo thousands of dollars to be brought to the United States.

The sheriff said the case remains under investigation and may lead to other smugglers and drop house locations.

Meanwhile, Arpaio said he plans to move up a planned crime suppression operation, which focuses deputies in a specific area. The sheriff would not say where the sweep would take place, only that it was imminent.

"When the time comes, we will publicize it so that we give all the activists time to get their cameras and surveillance teams out to follow us around to see if we do racial profiling," he said.

Arpaio said that since the beginning of the year, nearly 300 smugglers have been arrested, which is double the number arrested last year.