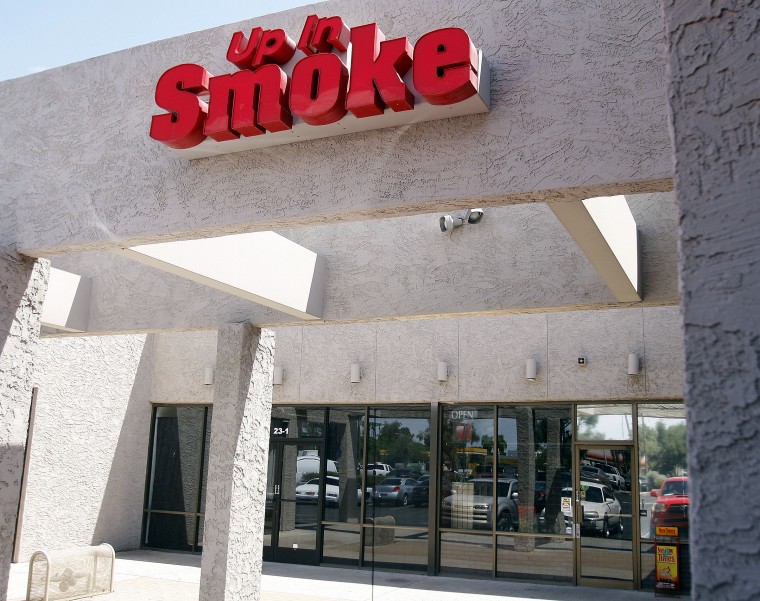 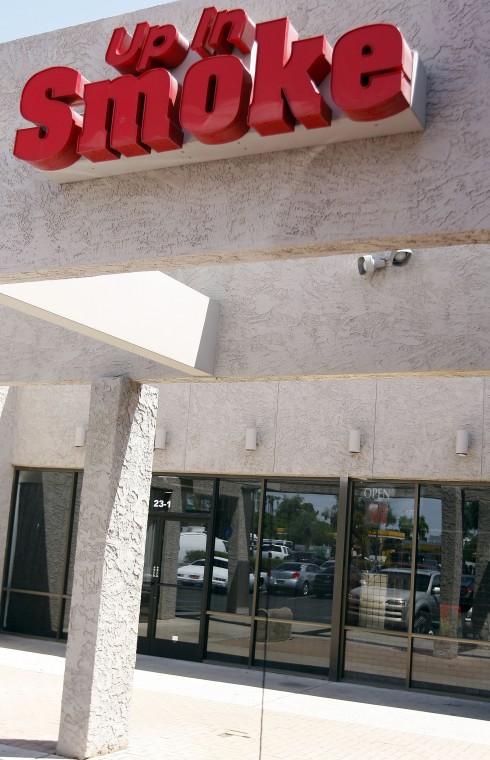 In an ongoing multi-law enforcement agency crackdown of the synthetic drug bath salts, two East Valley smoke shops have been closed and at least one of its owners arrested following a national sweep that netted $36 million worth of materials used to manufacture the drug.

Among the 90 arrested in the national sweep was Michael Rocky Lane, administrator of the online business, www.wickedherbal.com, who offered various smoke and bath salt accessories he advertised as legal, according to the Drug Enforcement Agency office in Phoenix. Lane also owns Up in Smoke Shop in Park Plaza at 23 W. Baseline Road in Tempe that now is closed after DEA agents raided the shop on Wednesday, a DEA spokeswoman said.

Overall, there were 17 search warrants executed in Maricopa County in recent days, and more than $3 million in assets, 3,322 pounds of synthetic cannabinoids (spice), and 733 pounds of synthetic cathinones (bath salts) were seized along with 13 firearms and 12 vehicles in Arizona alone, according to the Drug Enforcement Agency’s office in Phoenix. Overall, there were seven arrests made throughout the Valley in connection to the sweep, according to the DEA.

The raids were conducted by the DEA and U.S. Immigration and Customs Enforcement with assistance from the Internal Revenue Service Criminal Investigations Division, U.S. Postal Inspection Service, the Federal Bureau of Investigation, the Food and Drug Administration’s Office of Criminal Investigations, U.S. Customs and Border Protection and local and state agencies.

Lane, 51, who was sentenced to five years in prison on drug-related offenses in 2000, according to Arizona Department of Corrections records, was the third owner of the beleaguered Up in Smoke Shop in three years, according to John Alvaravo, owner of J and J’s Barbershop next door.

“They did it pretty quick,” Alvaravo said of agents raiding the smoke shop. “I saw them carrying evidence out of the shop.”

“I cut his (Lane’s) hair a couple of times,” Alvaravo added. “He’s a nice guy — and a good tipper. His shop didn’t seem too busy, and one of his workers said it was pretty slow in there.”

It’s All Good Smoke Shop at 933 E. University Drive in Tempe also was targeted and closed during the raid and a warehouse building that investigators say was being used as a manufacturing facility for the bath salts and distribution warehouse near South Perry Street in Tempe, also was raided, according to Ramona Sanchez, a DEA spokeswoman.

The crackdown comes on the heels of state legislative efforts and federal bans that have failed to stop the sale and use of the drugs and amid reports of dramatic increases in emergency-room admissions and poisoning cases. “Bath salts” manufacturers stay a step or two ahead of the law by revising their recipes in attempts to stay within the bounds of the law, said Doug Coleman, special agent for the DEA office in Phoenix.

“You can’t market your substance as something that’s going to get you high and think you’re going to get out of jail because you mark it as ‘not for human consumption,’” Coleman said.

These bath salts aren’t the kind you can buy from bath and body shops or that one may associate with the old commercial, “Calgon, take me away!” but a synthetic drug that is continually altered with chemicals in clandestine labs and that can send a person into a hypermetabolic state, causing erratic behavior, an overheating of core body temperature and possibly result in death within minutes.

“The criminal organizations behind the importation, distribution and selling of these synthetic drugs have scant regard for human life in their reckless pursuit of illicit profits,” said Acting Director of ICE’s Office of Homeland Security Investigations James Chaparro.

The bath salts are toxic synthetic-drug products that may contain stimulants including MPDV (methylendedioxpyrovalerone) and mephedrone (methylmethcathinone). These drugs are not controlled by the Drug Enforcement Administration and are not approved for human consumption by the Food and Drug Administration.

Users have reported impaired perception, reduced motor control, disorientation, extreme paranoia, and violent episodes. The long-term physical and psychological effects of use are unknown but can result in death.

The national crackdown also comes days after Tempe law enforcement voiced concerns about arrests made in connection to the drug of two young men, one running through a Tempe neighborhood naked as he was overheating and another who crashed his car into the entrance of an apartment complex.

Police said that both men had used bath salts at the time of their arrests.

In 2010, poison centers nationwide responded to about 3,200 calls related to synthetic “Spice” and “bath salts.” In 2011, that number jumped to more than 13,000 calls. Sixty percent of the cases involved patients 25 and younger, according to the DEA.

salts, the nastiest new drug out there now... parents and guardians, first, DO NOT mistake this for the stuff you put in your bath to relax, secondly, if you here your child talking about it, confront them. This stuff is destroying lives on a daily basis nationwide now.