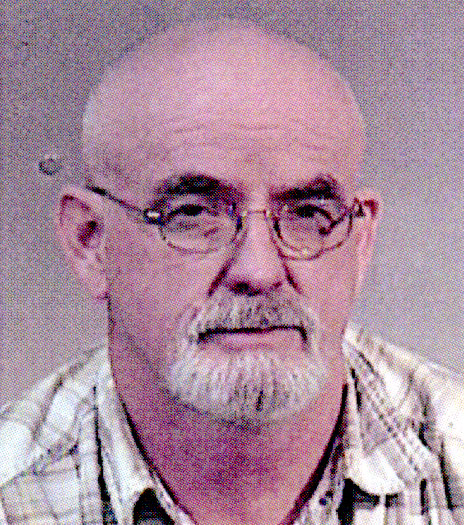 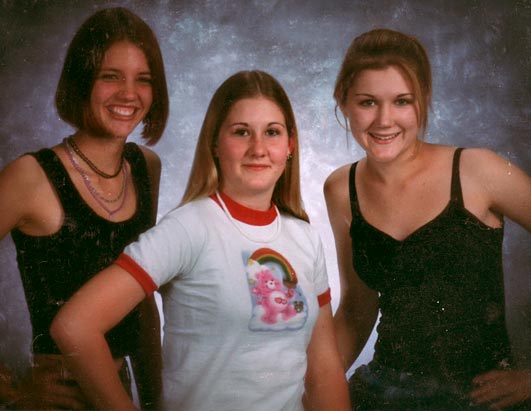 The man who was the last to see his teenage stepdaughter when she went missing nearly 10 years ago was sentenced to 10 years in federal prison on Tuesday — not in connection with her disappearance, but for possessing bombs to attack a local union hall.

Michael Roy Turney, 62, who was representing himself in U.S. District Court, was sentenced by Judge Susan Bolton for unlawfully possessing destructive devices — 26 pipe bombs, numerous firearms and a van rigged with combustible material to catch on fire and explode as he drove it through the front of the International Brotherhood of Electrical Workers union hall in Phoenix, according to documents.

On Dec. 8, 2008, Phoenix police detectives arrived at Turney’s home in northeast Phoenix with a court order to get DNA evidence from Turney in connection with the case of his missing stepdaughter, Alissa. She was last seen on May 17, 2001, when Turney picked her up on the last day of her junior year at Paradise Valley High School. She was 17. He has refused to cooperate with the investigation into her disappearance.

When they arrived, police discovered the bombs and other explosive materials, with a detailed written plan to cause mass murder. In a 97-page diary or manifesto, “Diary of a Madman Martyr,” Turney detailed his plot to bomb the union hall because he claimed to have killed two union “assassins” he said were responsible for Alissa’s death. He also said she is buried in Desert Center, Calif.

Bolton said during the sentencing that she hoped to impose a sentence that would deter him and others from doing something similar in the future, and that the psychiatric care he was receiving for his mental condition was extensive but ineffective.

Turney submitted a notice of an appeal to Bolton immediately after his sentencing, even though he waived his rights to an appeal by entering into a plea agreement. He claims that his writings were fictitious and that he was not physically or mentally capable of executing a sophisticated plan of attack against the union hall.

When Turney is placed in a federal prison on a permanent basis, he is required by the Bureau of Prisons to participate in a mental health treatment program and will be placed on three years’ supervised probation upon his release.

David Pimsner, an assistant U.S. district attorney, urged Bolton to give Turney the maximum sentence because he created an "enormous danger to the public," and the order on the list of how he planned to follow through with the attack coincided with the materials he had in his possession.

Turney, who has been diagnosed with a paranoid personality disorder, according to information from the court, has been incarcerated in a federal prison since Dec. 17, 2008. That date was two days after police believe he planned to execute his plot because of a date written down with a detailed plan of how he planned to die as a martyr as he drove through van through the door of the union hall, shooting 100 rounds through the front door at anyone who moved. If the van exploded, it would have caused a "toxic and poisonous" effect on people in the area, according to Pimsner.

Although Turney called upon two of his children to testify during the sentencing - Sarah Turney and John Turney, who answered they would have not any problems living with him and that he never was violent - a number of psychiatric and psychological reports concluded Turney's condition was getting worse.

Sarah and John Turney would not comment after the hearing.

Turney, a former Maricopa County Sheriff's Office deputy from 1970 to 1974 and a former electrician with IBEW Locals 387 and 640, also had called upon Dr. Erin Nelson, a forensic psychologist with Steven Pitt and Associates in Scottsdale and an Alcohol, Tobaccos, Firearms and Explosive agent to testify at his last hearing in August. Nelson, who has worked on national criminal cases, reviewed numerous reports about Turney and the case, and deemed him dangerous with a high likelihood of becoming more violent in the future. Turney tried to discredit both Nelson and the ATF agent.

"Clearly the court saw through Mr. Turney's attempts to minimize his pathology and his risk for future violence," Nelson said.

Phoenix police detectives William Anderson and Stuart Somershoe, who have been investigating Alissa's disappearance since September 2008, also were present at the sentencing and tried to get Turney to talk about Alissa's disappearance afterward, but to no avail. Instead, Turney became agitated with the detectives and said ‘You're not looking for (expletive)!', and told them he had already said everything about Alissa that he was going to say. He also called Anderson and Somershoe "dirty cops" and said all they did was take away the one person who was looking for her Alissa: him.

"I have nothing more to say," an angry Turney said.

"We hope this is the end of the Mike Turney Show," Anderson said.

Somershoe said, "We don't want to Alissa to get lost in all of this. "If he has nothing to do with her disappearance, he ought to help. The sentence was well-deserved and appropriate. He very carefully controls how he presents himself."

Turney maintains that he and Alissa had an argument at their home the day he picked her up from school, and he left the house. But when he returned, she was gone and had left a note saying that she left for California.

Anderson and Somershoe described Alissa as a happy, normal teenager, who had friends, a boyfriend, and a part-time job at a fast-food restaurant. She left behind $1,800 in her bank account and items such as a necklace her boyfriend gave her and her cell phone - not indications of someone who was going to run away, Anderson said.

On an episode of the ABC news show "Primetime" last year, Turney told reporter John Quinones that "only he and Alissa knew what happened to Alissa," and that Alissa was gone.

Stepdad of missing girl to be sentenced in bomb plot

He'll be back on the street in 10 years, then he'll kill a lot of people. He's crazy, but the "justice system" is even crazier.