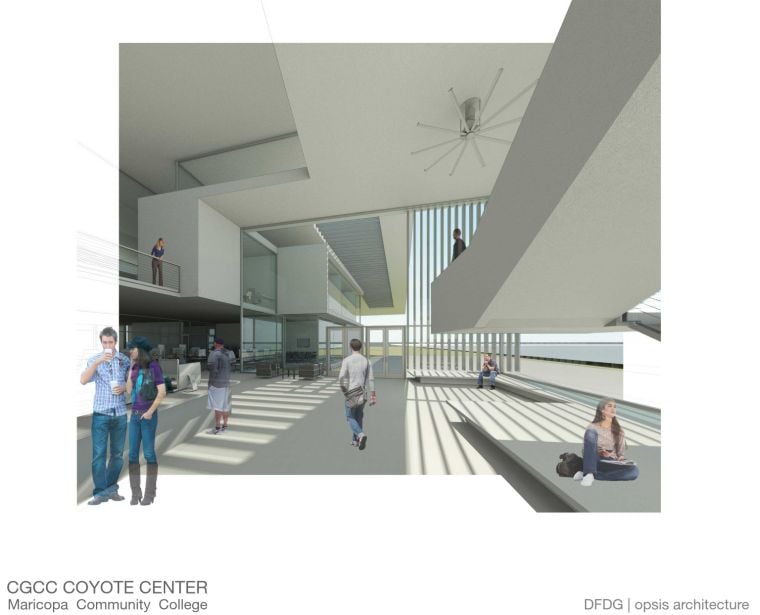 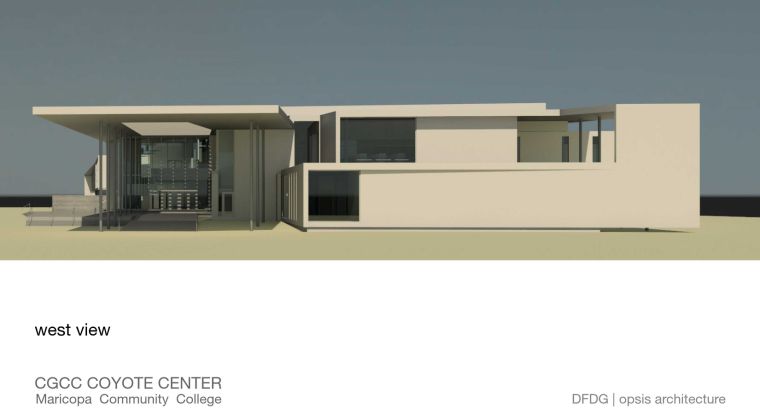 A new facility at Chandler-Gilbert Community College aims to offer students an athletic and student services building, all under one roof.

The Coyote Center, funded by a combination of monies earmarked for remodeling and bond sales approved by voters in November 2004, will serve as the new “front door” to the college, said Linda Lujan, president of the school.

The March 22 groundbreaking of the center at the Pecos campus marked the beginning of a 14-month, $30.8 million project that’s set to finish by the fall semester of 2014.

The bond sales approved by voters in 2004 totaled $951 million, and have funded projects at other Maricopa Community Colleges. Such projects include the remodeling of the performing arts center at Mesa Community College, as stated in last year’s district capital planning report.

The hopes for an athletic facility have long been on the minds of CGCC presidents and the athletic department, Lujan said. Ever since CGCC’s founding, there has been a need for a facility that houses locker rooms, a gymnasium and training equipment, Lujan said.

And Lujan added that the Coyote Center will serve not just student athletes, but also the general student population with a new student services center.

“Students will now have a one-stop enrollment service center,” Lujan said. “They won’t have to stand in one line after another.”

As part of the new 68,000-square-foot facility, CGCC’s first gymnasium will provide room for 1,000 to 1,200 spectators and can be used for indoor sporting events and other student- or community-centric programming, Lujan said.

CGCC currently has nine sports that will be able to use the new center for training and sporting events, ranging from golf to baseball.

“It will be a game-changer for basketball,” said Edward Yeager, the college’s athletics director.

All of the coaches will now have individual offices for the first time in the college’s history, he said.

The new locker rooms also will be a plus for athletes because of their close proximity to the gym, and the outdoor sports fields, he explained.

And, echoing Lujan’s point, CGCC will be the first community college in Maricopa County with a gym at the front of the school campus, Yeager said.

The center will also have rooms that will be used for fitness classes as well as training for student athletes, Lujan said.

The student services buildings, currently located on the south side of the Pecos campus, has been cramped with financial aid offices and enrollment services due to the recent student population growth, Lujan said. The new facility will alleviate the crowded space, she said.

Once the center is completed, students will be able to walk in the doors and receive more specialized help through enrollment services and the financial aid office, Lujan said.

Input for the design of the Coyote Center has come from faculty, athletics, technology and health departments for the benefit of the students, Lujan said.

“One of the visions that we go by here at Chandler-Gilbert Community College is that every student succeeds,” said Cathy Chlarson, the communications director of the school. “This center is really going to facilitate the success of all of the students.

“There’s not a student who won’t be touched by this center,” Chlarson added.