You are the owner of this article.
Edit Article Add New Article
You have permission to edit this article.
Edit
Home
The Mesa Tribune
Scottsdale Progress
The Chandler Arizonan
Gilbert Sun News
Sports
Best Of
Digital Edition
More
Classifieds
Contact Us
1 of 4 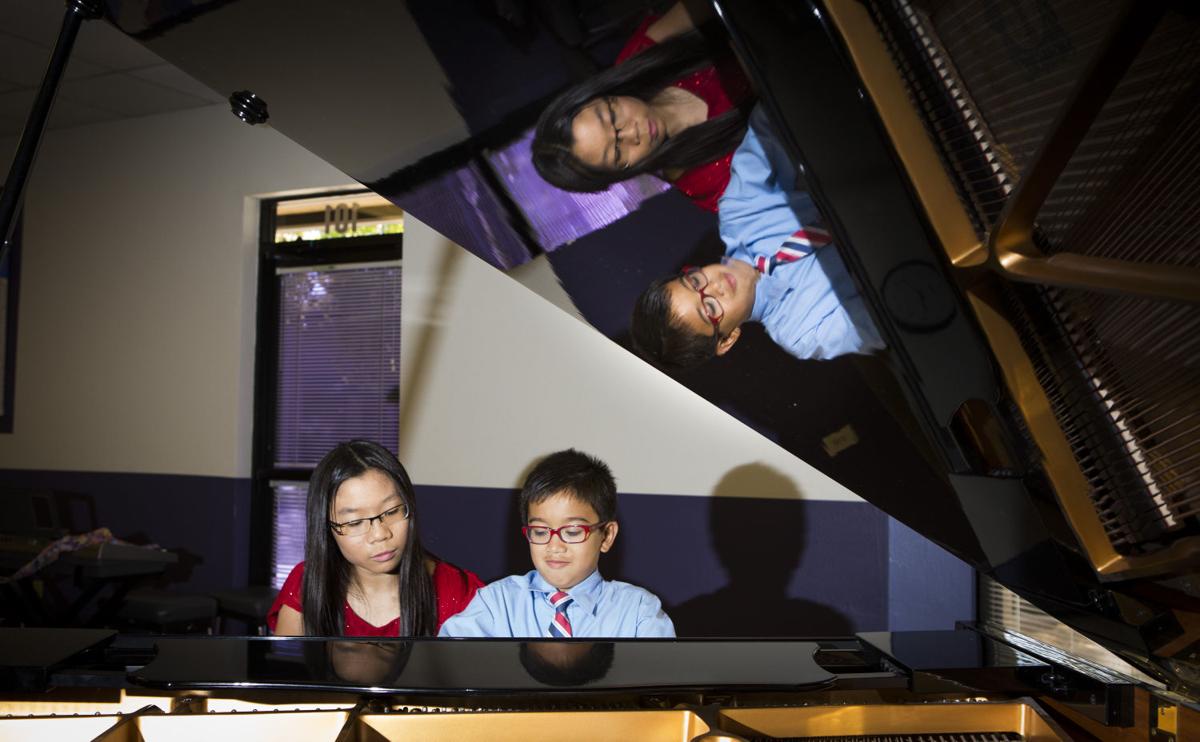 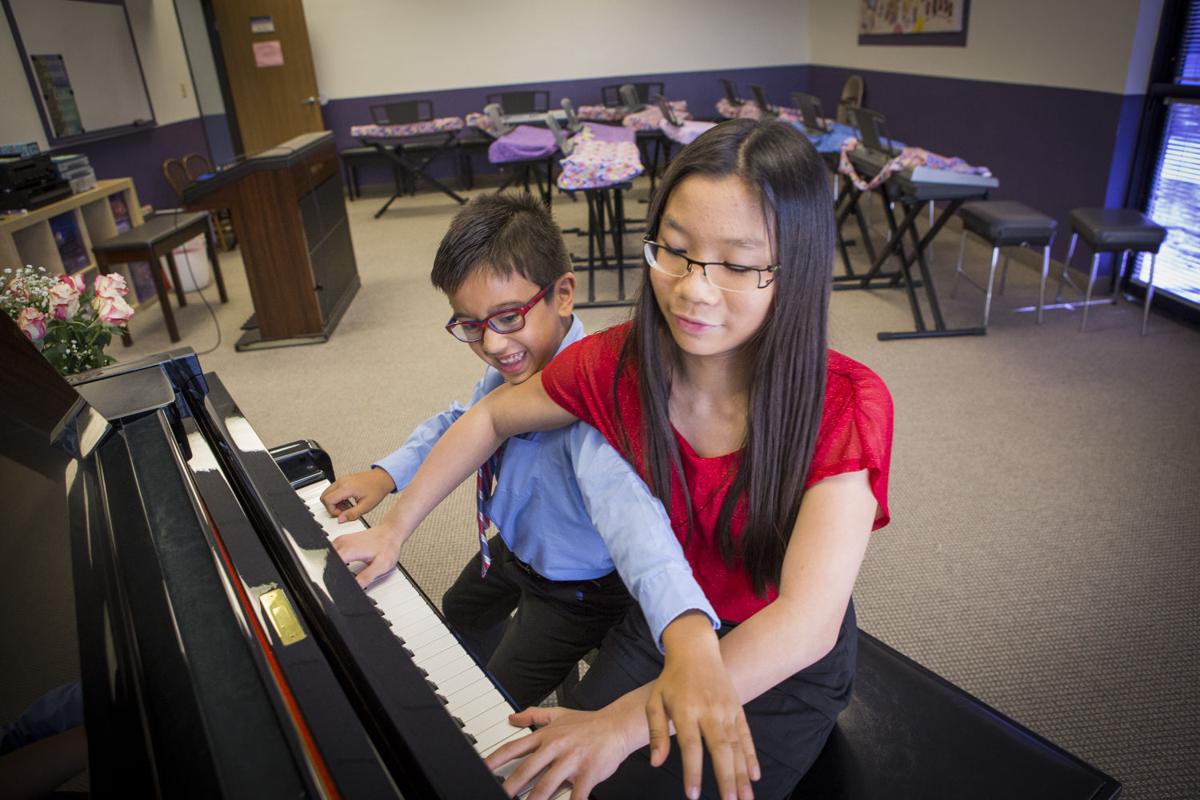 Matthew Schoenthal and Ty Promreuk try to play over each other at East Valley Yamaha Music School on Tuesday, July 7, 2015. They recently performed at the 2015 Yamaha National Junior Original Concert. 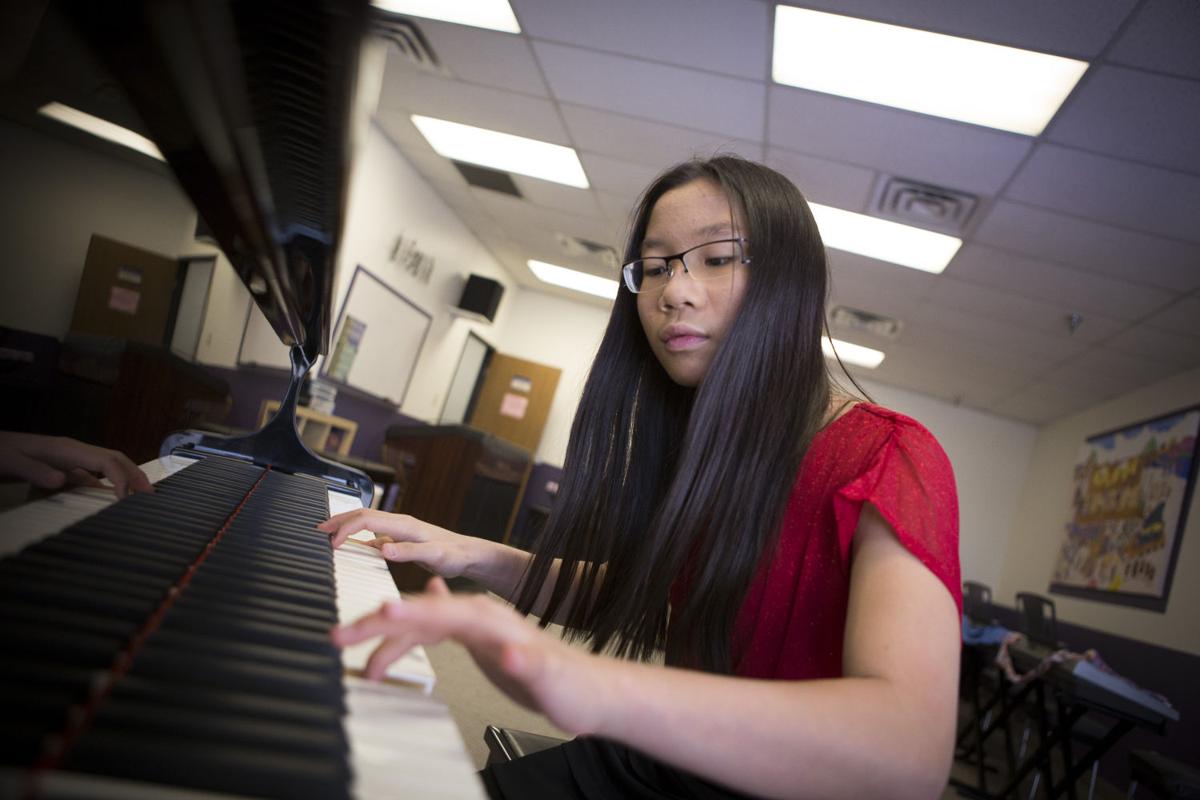 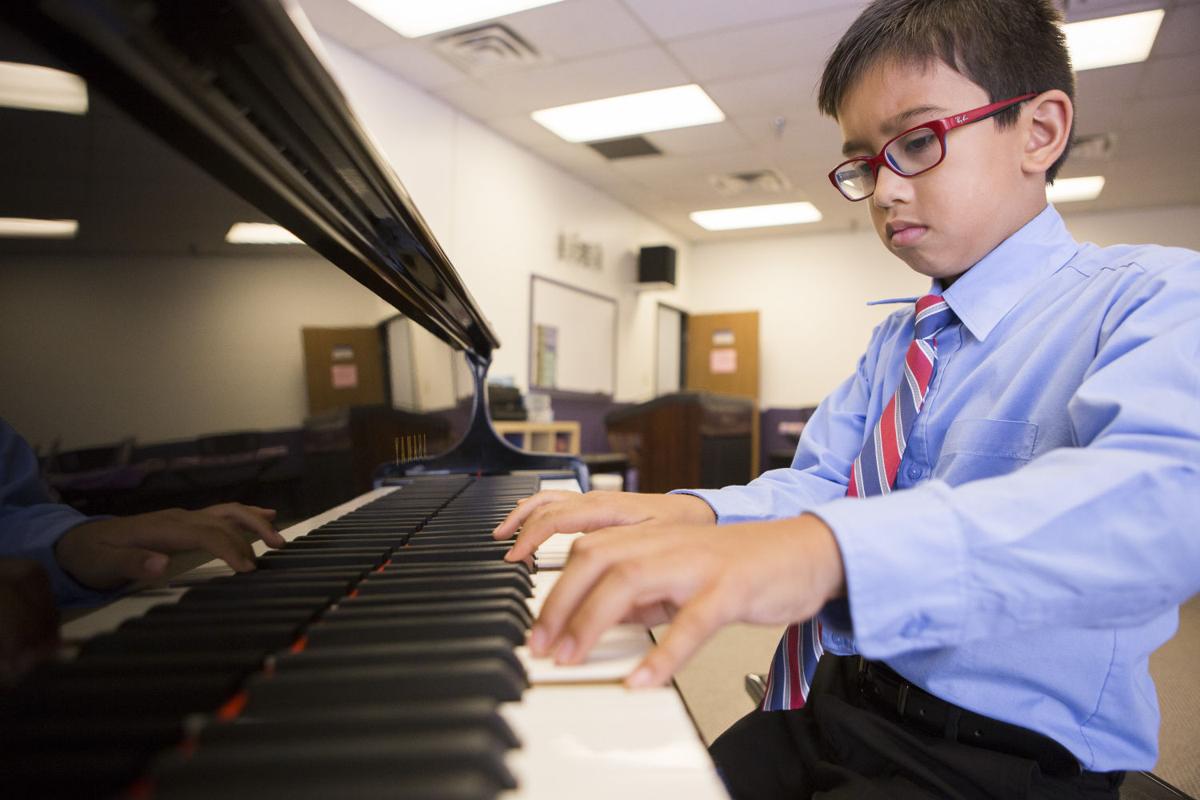 Matthew Schoenthal and Ty Promreuk try to play over each other at East Valley Yamaha Music School on Tuesday, July 7, 2015. They recently performed at the 2015 Yamaha National Junior Original Concert.

Over the years, Ty Promreuk and Matthew Schoenthal have shown promise when it came to playing the piano.

Both have honed their skills as musicians at the East Valley Yamaha Music School in Chandler, which is designed to allow children to enhance their creativity in music.

Promreuk, 12, began playing the piano at the East Valley Yamaha Music School when she was 4 years old and began composing her own music at 8 years old, and Schoenthal, 8, also began playing when he was 4.

Promreuk said she was drawn to the piano because her father used to play when she was younger.

“He played a lot of instruments, and he introduced me to the keyboard when I was really young” she said. “It’s such a diverse instrument, and I can create so many sounds while I play.”

Schoenthal was introduced to the piano by his older brother, who taught him the fundamentals of playing the instrument.

“My brother also came to the East Valley Yamaha Music School and learned how to play the piano, so I thought I should come here, too,” he said. “I like playing the piano because I can compose my own songs and express my feelings while playing.”

The hours of practice paid off for both musicians — they were given a chance to perform at this year’s 2015 Yamaha National Junior Original Concert, which brings together 13 of the most talented musicians from ages 7 to 16 years old and has them perform original compositions.

Tomoko Yonemaru, Yamaha instructor, said Promreuk and Schoenthal had about six months to write and prepare their work before the concert, which typically takes nearly a year of work to complete.

It was a challenge they both were up for, and an experience that gave them much more appreciation for their craft.

Schoenthal said one of the biggest challenges while performing at nationals was playing without any co-performers, but he said it was a growing experience for him, nonetheless.

Promreuk said she enjoyed the experience because she performed with professional co-performers.

“It really taught me a lot about technique and working with professionals,” she said.

Considering they are still young, both Promreuk and Schoenthal plan to continue to learn more about playing to piano and take additional courses at the East Valley Yamaha Music School.

Schoenthal’s mother, Cecil, said she feels that music is an important skill for her son to learn.

“I feel that music is very important and it will be beneficial for him for the rest of his life,” she said. “That’s why we chose music.”