You have permission to edit this article.
Edit
Home
The Mesa Tribune
Scottsdale Progress
The Chandler Arizonan
Gilbert Sun News
Sports
Best Of
Digital Edition
More
Classifieds
Contact Us
1 of 4 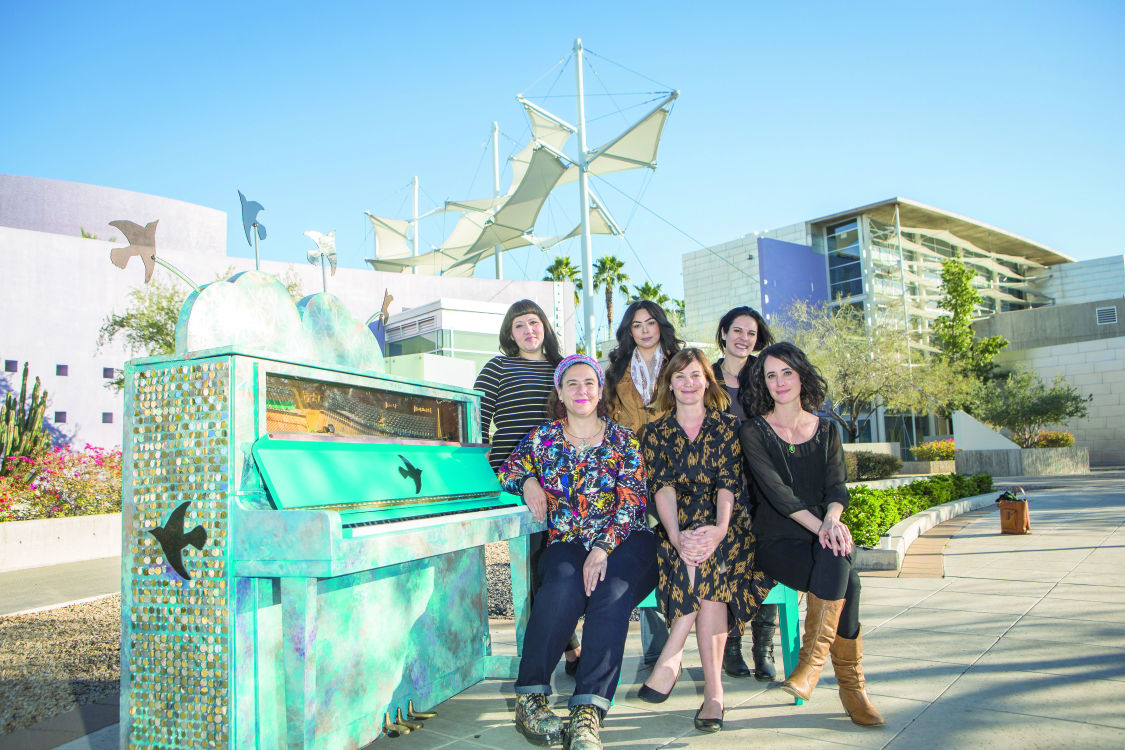 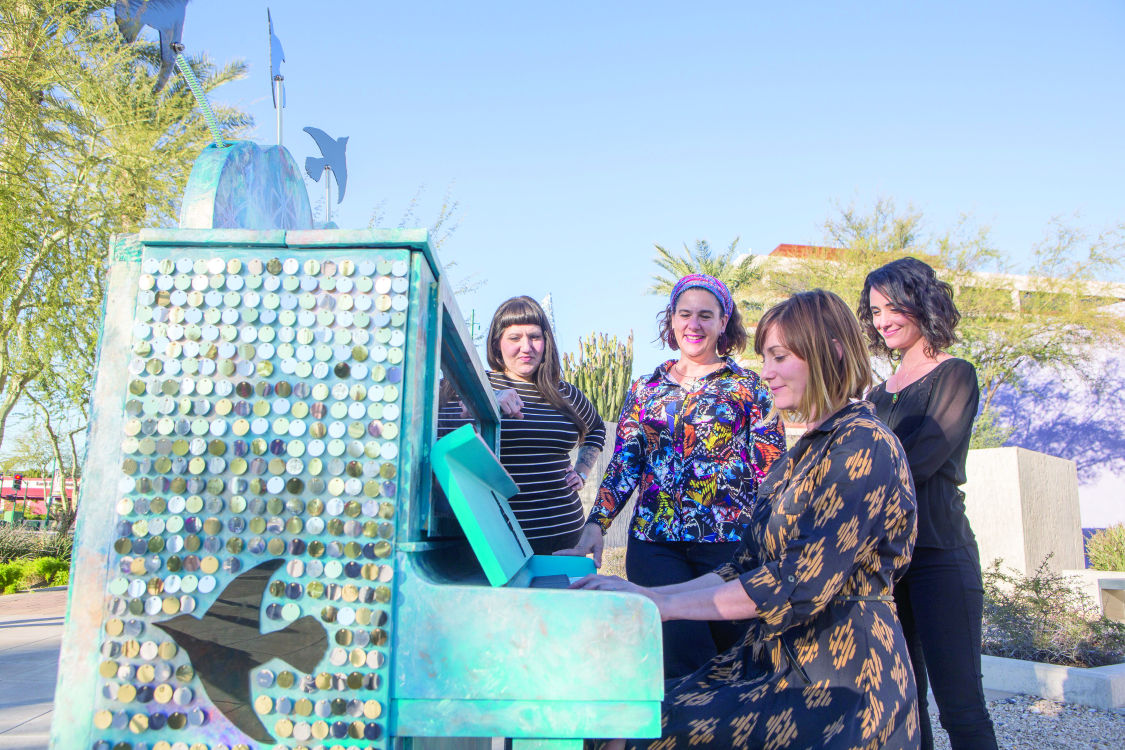 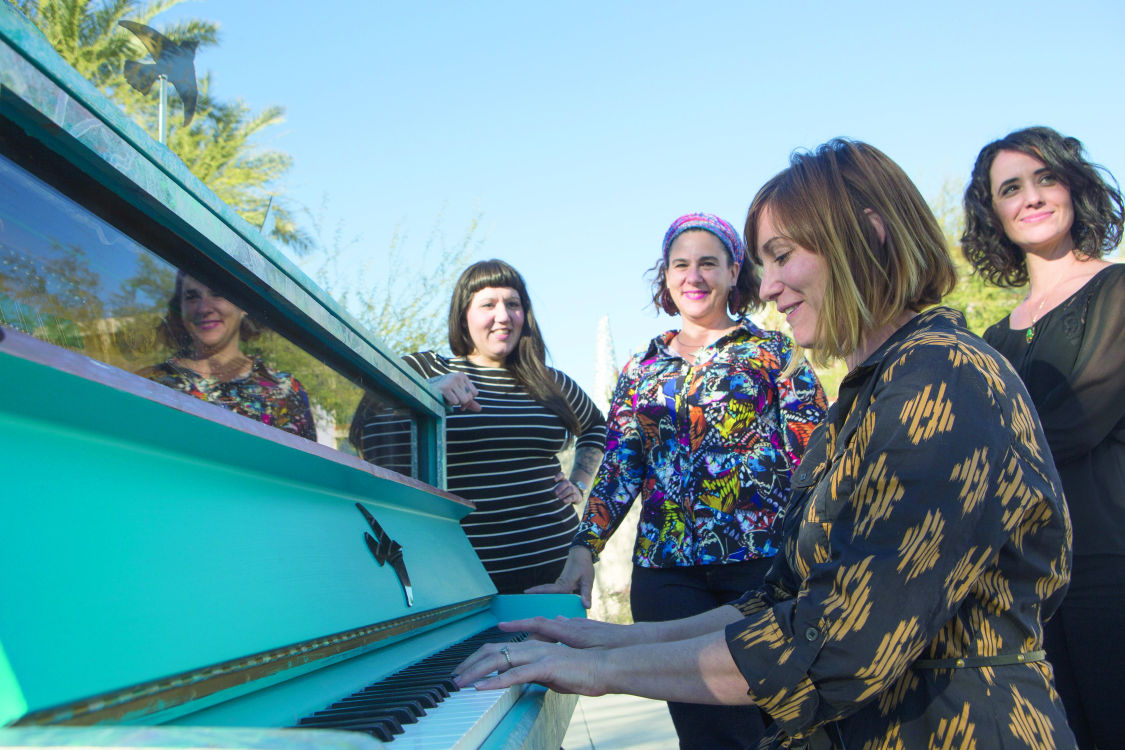 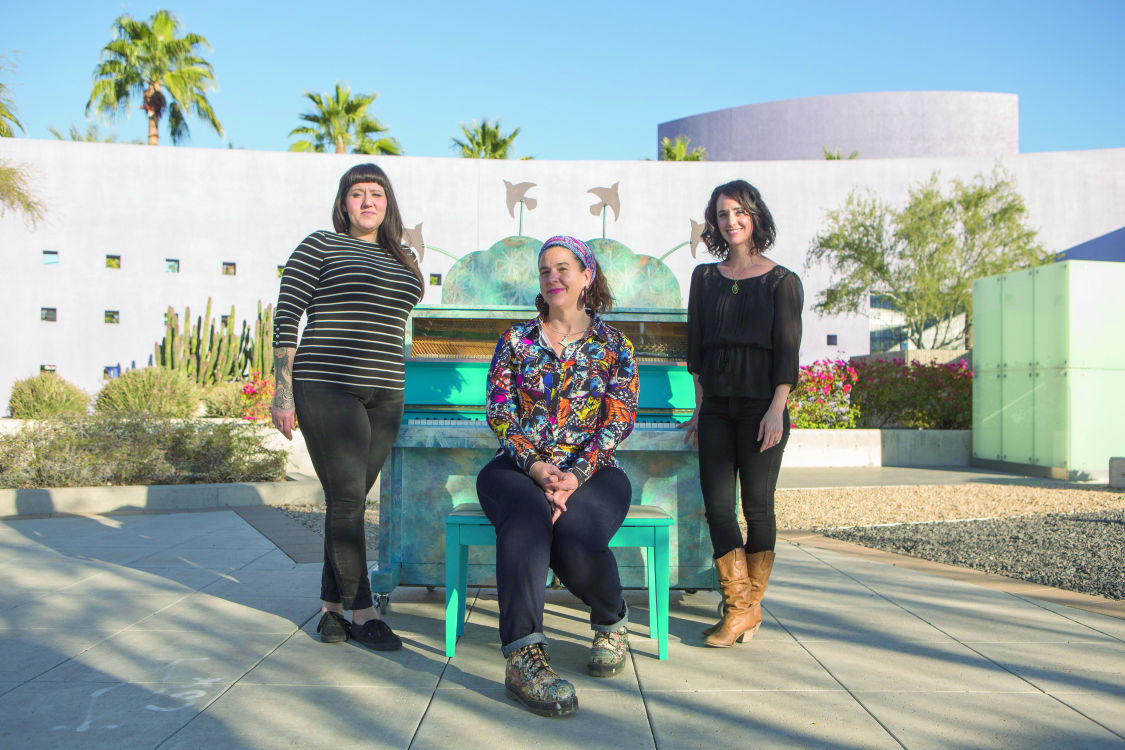 Master carpenter Erin Peters, artist Kyllan Maney, and Creative Catalyst program coordinator Jennifer Gastelum outside the Mesa Arts Center with their piano they made for the Street Pianos Mesa project on Monday, Jan. 11, 2016.

Master carpenter Erin Peters, artist Kyllan Maney, and Creative Catalyst program coordinator Jennifer Gastelum outside the Mesa Arts Center with their piano they made for the Street Pianos Mesa project on Monday, Jan. 11, 2016.

Exposing more people to more types of art is a goal of multiple Mesa entities and organizations.

A project planned for this spring is a big step in that effort.

The “Street Pianos Mesa: Play me, I’m yours” project involves placing 24 pianos in public places and inviting people to play them, any time.

The pianos are far from ordinary, Mesa Arts Center Director of Public Relations Casey Blake said. They were all donated to the arts center and by the time the art installation occurs, all will have been turned into works of art by commissioned artists.

Finding 24 pianos that people wanted to donate to the arts center was surprisingly easy, Blake said.

“More people than we’d think have pianos stored in their houses,” she said. And donating to this project “is a great way to ensure they’re played.”

The Mesa project is part of an international touring artwork promotion developed by British artist Luke Jerram. Installations of this nature have occurred in New York City, London, Chicago, Los Angeles, Hong Kong and Paris since 2008. More than 1,400 pianos have been set up across the globe and seen by 8 million people. The pianos will have signs posted on them that state “Play me, I’m yours.”

The pianos will be set up at their temporary Mesa homes from March 1 through April 9.

But, the Mesa Arts Center has two special events planned prior to March 1.

The world premiere of a musical composition for 25 pianos is scheduled for Friday, Feb. 26 during the arts center foundation’s annual gala.

The piece was composed by 14-year-old Emily Bear of Illinois. The young teen has been composing music since age 3 and is referred to as an astonishing musical talent.

All of the pianos remain on display at the Mesa Arts Center all day Saturday, Feb. 27 for public viewing and playing. The pianos will then be taken to their temporary homes around Mesa, Blake said. All of those exact locations are still being determined, she said. But, one piano stays at the arts center, one is likely to be at Phoenix-Mesa Gateway Airport, one at the Mesa Main Library and pianos are planned at the city’s downtown museums.

Nearly every piano will remain outside, to be accessible to the public, Blake said. While no specific weatherproofing plan is part of the project, each piano will have a “buddy,” who has a cape that can be used to cover the piano in the event of a severe weather incident.

The Mesa project, stretching for six weeks, is three times longer than most installations, Blake said. The biggest reason is the favorable Arizona spring weather.

Exactly what will happen to the pianos in April is uncertain, she said. Depending on the condition of each, individual decisions will be made. At other installations, many have ended up “worn out.”

“We’re so excited about this project,” Blake said. “It jives with the Mesa Arts Center mission and celebrates all that’s happening in downtown Mesa and helps promote arts in the community.”

“We’d love to see people engaging with the pianos every time we turn around,” she said.

People are encouraged to plan their own events around a piano during the six weeks they’re up, she said.

As the arts center continues to celebrate its 10th anniversary season, Blake said center officials wanted to pursue the piano project that had been on their radar for several years.

The 24 artists selected to “transform the pianos into a piece of art” have all been teamed with a community group for the project, Blake said. For example, one community group is the Grant Woods Branch of the Boys and Girls Club of the East Valley. Youths will have input on the look of that piano, Blake said.