Tempe Municipal Court soon will offer a program to people with mental illnesses, a segment of the criminal population that tends to get caught in a cycle of repeat offenses.

The court, which should start in October, will deal mostly with offenders who have committed so-called "quality of life" crimes — disorderly conduct, trespassing or minor theft, said Tempe Presiding Judge Louraine Arkfeld.

They will be linked with a team of people to offer counseling, medication and even housing. Arkfeld will make regular court appointments to see them in person. If they complete the program successfully, Arkfeld said, their misdemeanor charges will be dropped.

"The hope is, at the end of it, they’re in much better condition," she said.

The program will be funded on a trial basis by a federal grant obtained by Maricopa County Superior Court, which has run a mental health court since November. If the Tempe program succeeds, the program could expand to other municipal courts, said Judge Carey Hyatt, who presides over the mental health court.

Only criminals who violate probation go through the Superior Court program, but the court hopes to expand to include additional mentally ill criminals, Hyatt said. The program works partly because judges focus positive attention on offenders who make progress, she said.

"They get this kind of a focus where they want to please the judge," she said.

Mental health courts have been tried in other parts of the country and are based on drug courts, which help an offender overcome drug addiction as a means to prevent other related crimes.

But Arkfeld said there are at least double that number who go through Tempe’s court system without treatment. 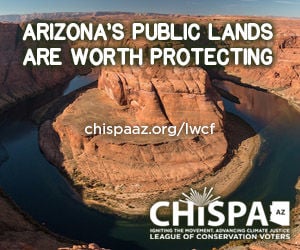