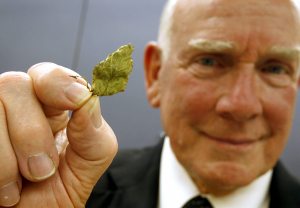 Founder and CEO of Wisdom Natural Brands Jim May, holds one of the tiny leaves of the stevia plant which are used to produce his SweetLeaf Sweetener product. 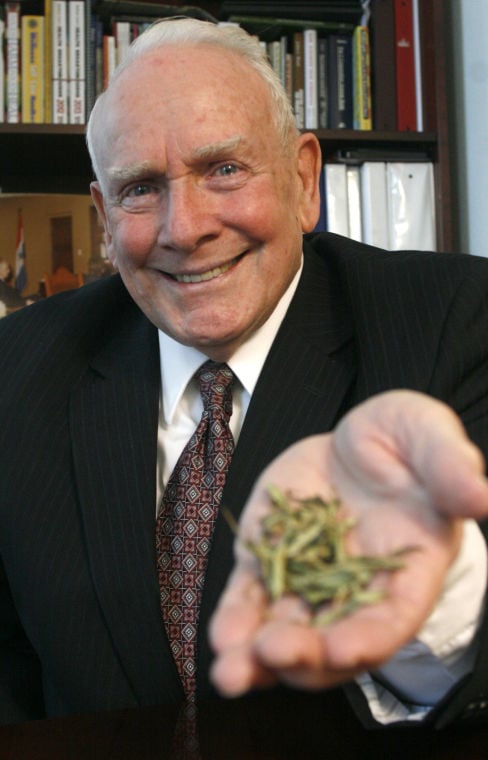 Founder and CEO of Wisdom Natural Brands Jim May, holds one of the tiny leaves of the stevia plant which are used to produce his SweetLeaf Sweetener product.

“The President’s ‘E’ Award winners are outstanding American businesses and organizations that have played a crucial role in strengthening and growing our economy through increased U.S. exports,” U.S. Secretary of Commerce Penny Pritzker said. “By selling Made-in-America goods and services internationally, winners are creating jobs in Arizona and their local communities. Exports are critical to our nation’s competitiveness in the global marketplace and solidify our country’s economic leadership across the globe.”

Wisdom Natural Brands is the parent company of two consumer brands: SweetLeaf Sweetener and Wisdom of the Ancients tea, according to the company’s website.

Currently, Wisdom Natural Brands and SweetLeaf Stevia Sweetener are sold in more than 30 countries and have won 14 worldwide awards for taste and innovation.

James May, founder of Wisdom Natural Brands and a Gilbert resident, was introduced to the world of Stevia — a healthy alternative sweetener — 25 years ago by a friend who returned from being in the Peace Corps in Paraguay and brought back a few Stevia leaves.

He researched the health benefits of Stevia, and found there were tremendous amounts of benefits for the human body such as regulating blood pressure and lowering a person’s blood sugar.

Michael May, chief operating officer for Wisdom Natural Brands, said it’s a tremendous honor to receive the President’s “E” Award, and felt that the company has just scratched the surface of what it can accomplish.

“We are honored to be one of the 45 companies to receive the Presidential ‘E’ Award, and we are especially grateful for the assistance that the U.S. Department of Commerce has rendered in helping us make the world a sweeter place,” Michael said. “A key part of our strategy for growth in the coming years will originate from customers and partners in the global marketplace.”

Gilbert Mayor John Lewis said it was an honor for the town of Gilbert to have a business that received such a prestigious award.

“Of the 45 companies and organizations honored with the 2015 President’s ‘E’ Award, the highest honor in recognition of significant contribution to the expansion of U.S. Exports, three companies were from Gilbert, Arizona,” Lewis said. “Gilbert is fortunate to have innovative firms like Wisdom Natural Brands, Rigid Industries and Nanci’s Frozen Yogurt in our community, paving the way for Gilbert internationally.”