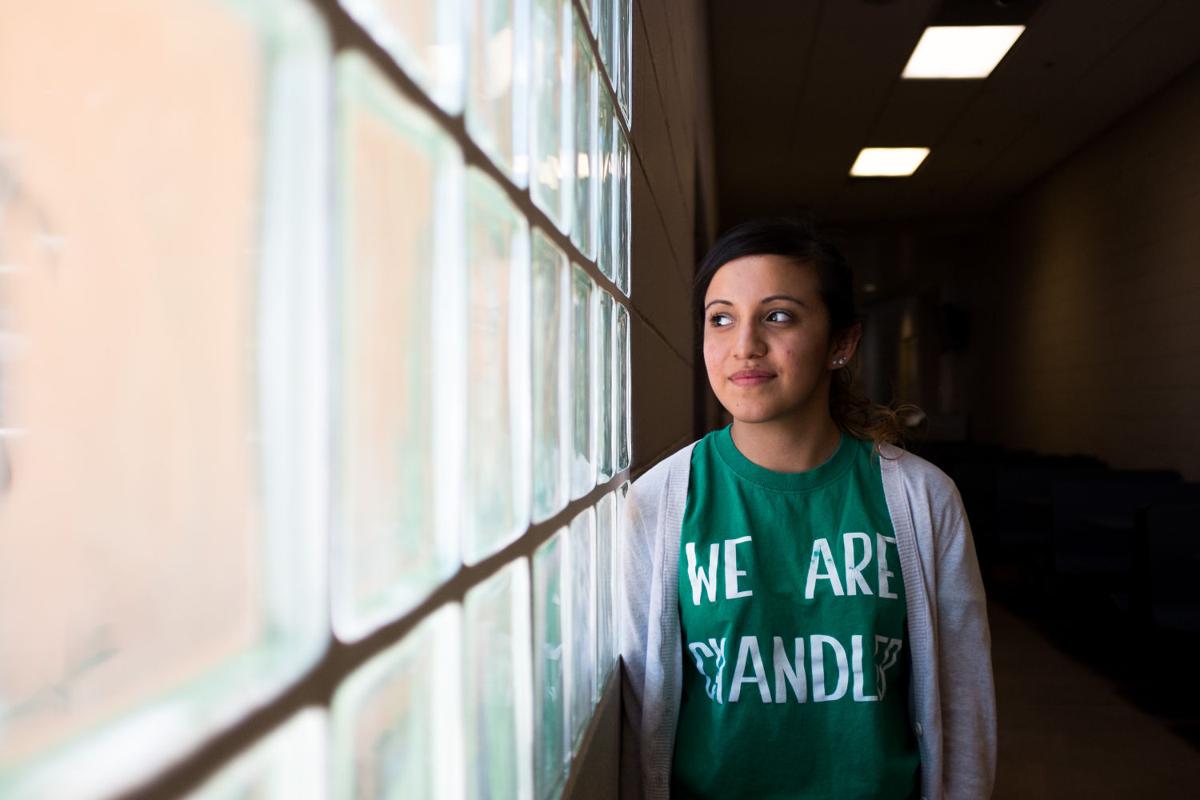 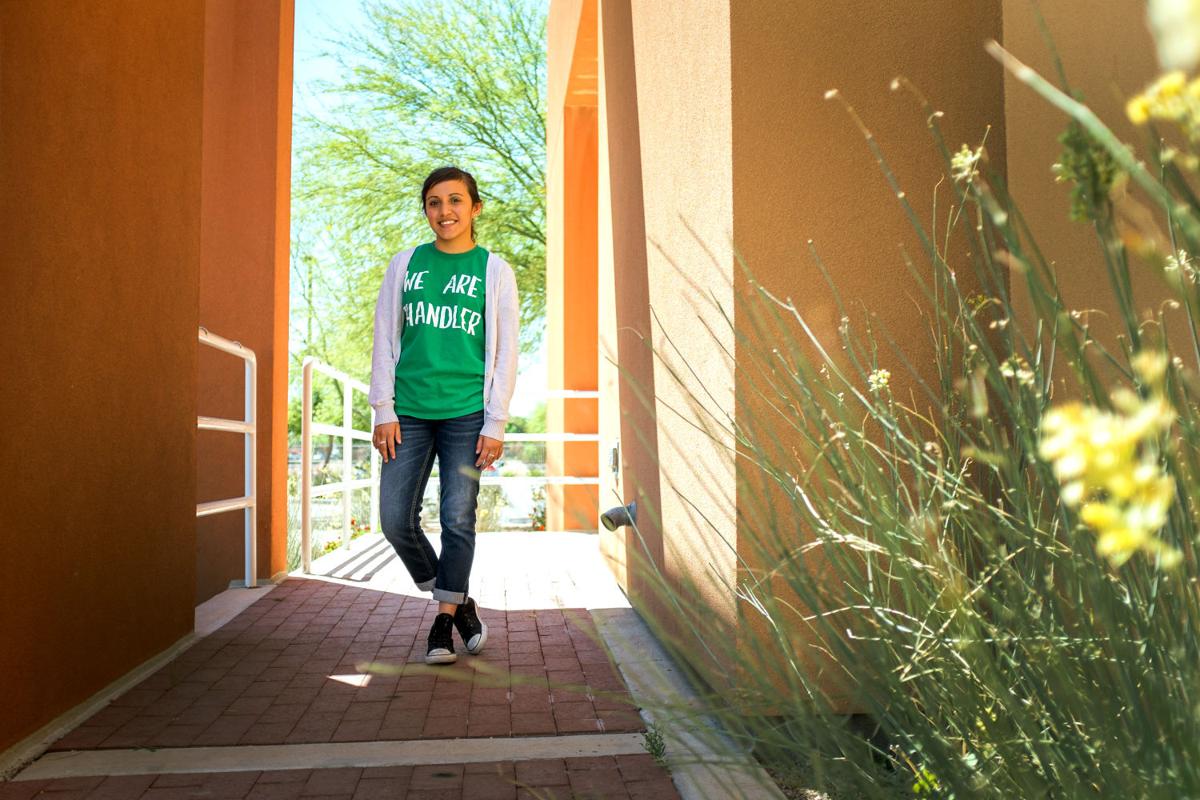 Two East Valley teens find a bit of humor in the fact they’ll both receive associate’s degrees before they actually have their high school diplomas.

A couple of weeks before each graduates from high school, Jessica Solis and Austin Hornbaker will have already walked in graduation ceremonies at a community college.

Solis is receiving an associate of arts in liberal arts from Chandler-Gilbert Community College on May 15 and then on May 27 will graduate from Hamilton High School in Chandler.

Hornbaker earned two associate’s degrees from Rio Salado College on May 5 and gets his diploma from Corona del Sol on May 21. He’s finishing high school a year early.

Their arrangements mean about three weeks of finals this spring too, instead of one.

“Double finals weeks are a downside,” Solis said. But that might be the only downside she sees to her dual enrollment.

Both teens pointed to the cost savings of the dual enrollment program as a plus for their families.

Hornbaker and Solis both pulled good grades at their various schools. Solis said she gets A’s and B’s. She’s been in honors and advanced placement classes all four years of high school. She’s taken between 12 and 18 college credit hours per semester for three years after taking one college class when she was a freshman.

“I’m very driven,” Solis said. “I set this goal when I was in seventh grade. When I was talking to my teachers I told them I either wanted to graduate early or get a college degree and my high school diploma at the same time. I learned my goal was possible.”

Some of her cousins had followed that route, inspiring Solis to give it a shot.

Sure, there’s been some stress, she said, with a full class schedule, college admissions tests and a job, but she takes time to hang out with her friends and relax.

The youngest of six children and the only one still living at home, Solis said supportive parents have been a big boon, too.

Hornbaker was enrolled in gifted resource classes beginning in third grade. An A and B student, when he was in fifth grade, he got a couple of C’s.

“As an ambitious little fifth-grader, I told myself I was going to make sure I got all A’s in middle school,” he said in an email. That plan mostly worked, except for the B he got in band one quarter, “just because I didn’t practice.”

He continued taking classes above his grade level and started high school with four credits under his belt.

At the end of Hornbaker’s freshman year, he realized he had 11 of the 23 credits he’d need to graduate. That’s when he decided to finish high school in three years, instead of four.

It took plenty of planning and some readjusting of his plans, but he’s ready to enroll at Arizona State University in the fall.

Solis says she is an advocate for dual enrollment programs and she shares her story with younger teens at the Boys and Girls Club of the East Valley Compadre Branch in Chandler, where she works.

For one thing, she says, when she lands at a four-year university this fall, she’ll already understand the system that can throw some college freshmen because it’s much different than high school.

She’ll attend ASU this fall, majoring in biochemistry. She anticipates earning her bachelor’s degree in two years and is eyeing both UCLA and MIT for a master’s and doctorate. She’d like a career in medical research. She plans to minor in dance and find a part-time opportunity to teach dance.

“I want to be the first female dancing biochemist,” she said, chuckling.

Hornbaker said he wouldn’t recommend his route to other people in part because “it’s exhausting and definitely takes a certain type of person to get up every day and stick with it.” Conversely, he said, realizing your goals is incredibly motivating.

He’s certain that in five years he’ll be a lot happier with his choices, “when I can see the payoff.”

His plan is to earn a bachelor’s degree in physics at ASU in two years possibly with a dual major in math. He’s considering a doctorate in physics as he contemplates a career with NASA or the European Organization for Nuclear Research, but hasn’t figured all of that out yet.

The two teens don’t just study. Solis is in her high school’s hip-hop club and dance program and she works between 20 and 30 hours a week at the Boys and Girls Club in Chandler. She’ll work there full time this summer and take a class or two at ASU.

Hornbaker has been involved in music performance groups since elementary school, has been a member of Corona del Sol’s drum line, marching band and jazz band. He’s been in track and cross country since sixth grade.

And, he founded the Cube Club at Corona del Sol, a club centered around puzzles like the Rubik’s Cube.

“My personal record for solving a Rubik’s Cube is 14 seconds flat,” he wrote.

And, he describes himself as an avid cycler.

He admits he’s a bit disappointed that he’ll give up a year of marching band and drum line by not attending a fourth year of high school. Hornbaker knows he’s given up some of the social aspects of being a teenager, but said the investment he’s made in his future is worth it.

“Putting my nose to the grindstone now could mean having my own place and making six figures by the time my peers are graduating college. Then I can comfortably turn my focus to socializing and having a good time,” Hornbaker wrote in an email.

He’ll take the summer off from classes and work as a lifeguard for the city of Chandler.

Both teens have a bit of apprehension about being enrolled as college juniors in the fall, because they’ll be several years younger than their classmates. Solis is 18 and Hornbaker is 17.

But, Solis has been in classes at Chandler-Gilbert with students decades older than she is, and says she likes hearing their stories and learning from them.

Making an impact in one’s community is a fundamental trait for most. For Chandler resident J…

All six high schools in the Mesa Public Schools district graduate on Thursday, May 21.