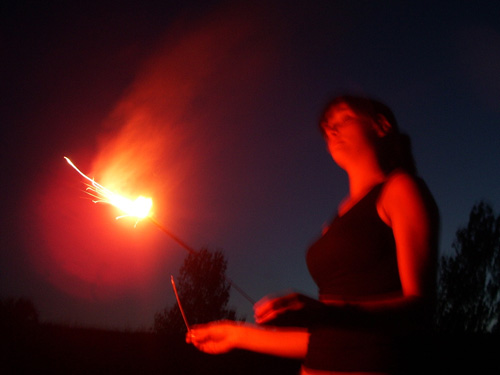 As of Dec. 1, a state law will make sales of sparklers and certain other fireworks legal to those 16 and older. Some communities are adopting ordinances banning the sale of the devices, which is allowed under the law. 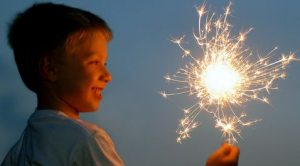 State Lawmakers are again considering making it legal to purchase sparklers and other similar fireworks.

As of Dec. 1, a state law will make sales of sparklers and certain other fireworks legal to those 16 and older. Some communities are adopting ordinances banning the sale of the devices, which is allowed under the law.

State Lawmakers are again considering making it legal to purchase sparklers and other similar fireworks.

Beginning a week from now, you’ll be able to have a sparkler on top of your birthday cake.

A new state law that takes effect Dec. 1 finally legalizes sparklers in Arizona. That puts this state into line with every other state west of the Mississippi River.

But the industry, which has waged this battle for decades, had to agree to some compromises.

One is that retailers cannot sell the items to anyone younger than 16, though nothing in the law precludes adults from giving the items to those younger.

But most significant is that cities insisted on being able to opt out, at least as far as being able to light up. So the law gives each incorporated community the ability to enact local bans on sparkler use, though they cannot keep merchants from selling the items.

Most Arizona communities have chosen not to infringe on the ability of their residents to ignite the devices. There are, however, some exceptions.

The Tempe City Council, for example, voted unanimously last month to make use of sparklers illegal, punishable by a fine of up to $250. That followed concerns from public safety officials that letting residents handle the items could result in injuries and fire damage.

Mesa pursued a different path. Its ordinance says sparklers are illegal -- except during the two weeks leading up to the Fourth of July and New Year’s Day.

And Gilbert took an even narrower approach, with sparklers legal only July 3-5 and on New Year’s Eve.

At the other extreme, the Clarkdale Town Council decided for the time being there was no reason to step in, concluding the items were not a cause a serious injuries.

And up the road in Camp Verde, the council is taking what might be considered a wait-and-see approach.

A public meeting on the issue is not scheduled until Jan. 12. In the meantime, the lack of a local ordinance means the use of sparklers remains legal.

Counties, unlike cities, don’t have quite the same rights. But the law does permit much more limited restrictions, allowing supervisors to enact temporary limits “during times when there is a reasonable risk of wildfires in the immediate county.’’

The decision to finally lift the ban on sparklers does not create the same kind of marketplace for fireworks in Arizona that exists in many other states.

Aside from sparklers, lawmakers agreed to let people possess what are consider “consumer fireworks.’’ That includes fountains that spray off sparks, ground spinners and toy smoke devices.

Still off limits will be more dangerous exploding devices, like firecrackers or M-80s. Nor does the law allow anything that sends projectiles into the air, like bottle rockets or Roman candles.

Some future legal battles may be brewing.

Industry lobbyist Mike Williams said the law was crafted so that the only power cities and towns have is to restrict the use of these items. He said nothing in the statute gives cities any right to curb the sales.

That, he said, even includes zoning.

Williams conceded that was probably an oversight and he is willing to work with municipalities this coming session to restrict sales to commercial zones.

But Williams said some are trying to preclude temporary sales from tents and roadside stands. He said such restrictions are not permitted and could result in litigation.

Proposal would give Mesa one of state's most liberal fireworks laws

Mesa is proposing one of the state's more liberal fireworks laws, allowing its residents to …

Tempe has banned residents from using consumer fireworks in the city, in response to a law t…

Some communities moving to ban fireworks as state law looms

Arizona's Legislature opened up the sale and use of consumer fireworks this year, but the Ea…

Sparklers to be legal in December

The fuse remains lit on perhaps the most divisive issue the Mesa City Council has taken up this year: fireworks.

Mesa's ban on fireworks stays in place through new year

If people inside Mesa’s borders celebrate the new year with fireworks, they will be doing so illegally.