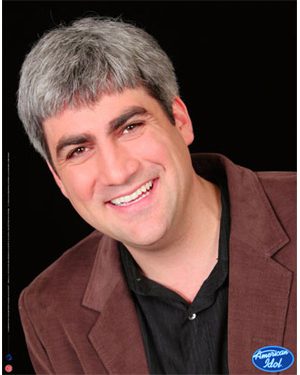 During his run through season five’s “American Idol,” Taylor Hick was able to cull popular support from his fans, deemed the “Soul Patrol,” to win the competition. Sony

During his run through season five’s “American Idol,” Taylor Hick was able to cull popular support from his fans, deemed the “Soul Patrol,” to win the competition. Sony

Reigning “American Idol” champion Taylor Hicks has some advice for this season’s final six contestants, including the Valley’s own Jordin Sparks: Get as much rest as you can right now.

“I’m probably going to take a week off and sleep for a week,” laughs Hicks, who since winning the fifth season of Fox’s popular singing competition last May has been working non-stop. “I’ve sort of gotten over the idea that I don’t sleep. My mind told my body, 'Just forget about it!’”

After the current leg of Hicks’ tour, which brings him to Tempe’s Marquee Theatre on Tuesday, the R&B and soul singer — who scored a No. 1 single with “Do I Make You Proud” last year — will get his one week of sleep before the tour’s final leg. Then Hicks will begin a book tour to promote his autobiography, “Heart Full of Soul,” due out this July.

Unlike many of the contestants still in the running to be crowned the sixth “American Idol,” Hicks was a seasoned performer when he auditioned for the show, having played guitar and blues harp in several bands around his hometown of Birmingham, Ala., before moving to Nashville. He even released two albums on his own dime in an effort to launch a singing career.

But winning “Idol” has given Hicks the opportunity to live out his dream, even if his chaotic schedule prevents him from watching the current season of the show that made him a star.

“I’ve seen a little bit of it, but it’s been tough,” admits Hicks. “We travel through so many different time zones, so it’s hard to catch it.”

“If you look at every performer who’s won the show, you can see a pattern in the way that they perform their songs,” says Hicks. “When you get right down to the basics, the bottom line is the ability to sing and perform. It’s clear that with each of the winners, if you watch them, that that’s what they are 100 percent focused on.

“I think that that’s when you start seeing the actual star quality come out, because you have to have the substance — the vocal, the performing and the entertaining.”