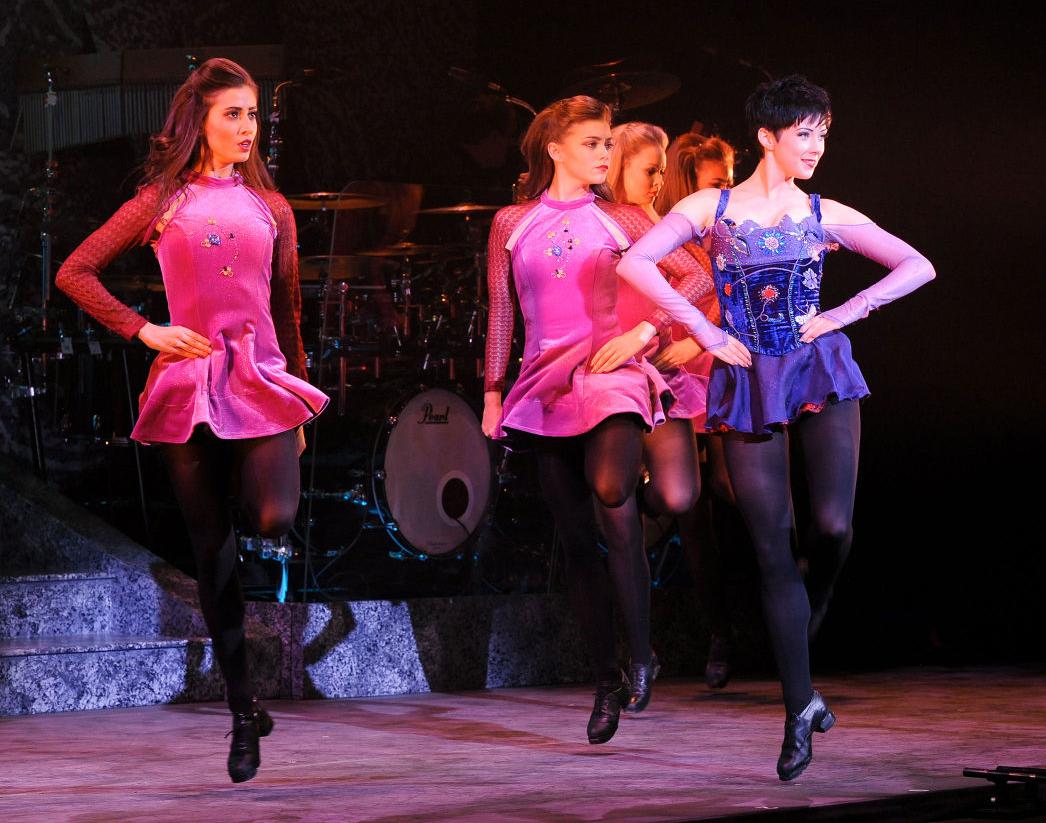 Ciara Sexton and the company in Riverdance 20th Anniversary Tour. 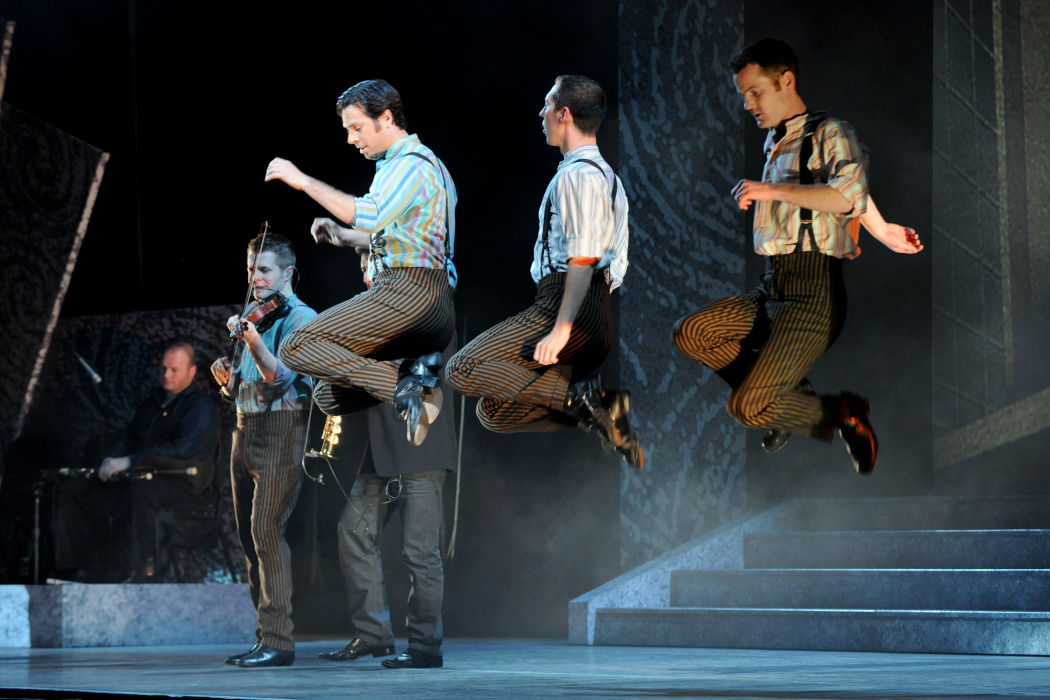 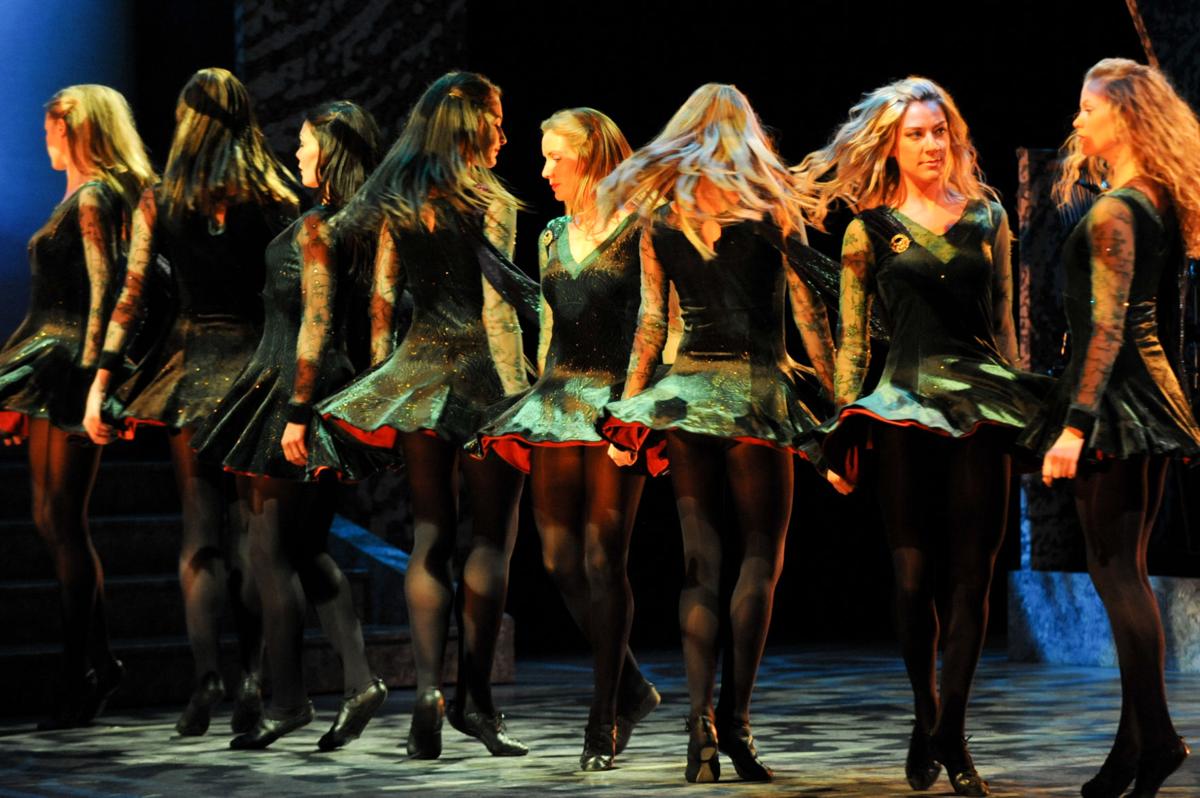 Ciara Sexton and the company in Riverdance 20th Anniversary Tour.

According to the American Census there are 39.6 million Americans who claim Irish descent. It also said that number is nearly seven times larger than the entire population of Ireland, which was 6.3 million at the time of the census in 2013.

Underneath the Stars and Stripes runs a river of green through our country. Irish culture, music, food and way of thinking has permeated the very fiber of the United States.

Phoenix has over 15 Irish pubs, not including the “themed” pubs. There is the Irish Cultural Center downtown, which puts on the annual St. Patrick’s Day Parade and more each year. Truly the green, white and gold flows strong in the desert.

It is only natural that one of the biggest purveyors of Irish culture, Riverdance, should return to the Valley of the Sun. From Jan. 12-17, the fleet footed Irish steppers will pound the Ikeda stage at the Mesa Arts Center.

Part of the show’s 20th Anniversary World Tour, Riverdance is better than ever, according to the show’s former lead dancer, now associate director, Padraic Moyles.

Moyles spoke to GetOut from his Dublin home about his nearly 20-year career with Riverdance, this incarnation of the show, and what’s new.

“I think it’s not even debatable, this is probably the best cast we’ve ever had in the show,” he said.

With 18 years under his belt, Moyles was confident in his assertion and explained that while the show has always been magnificent, with each iteration of the performance a firm groundwork was laid down so that this generation of performers can truly wow the audience.

So has anything changed in the show? Yes and no, Moyles said.

“The funny thing is if you saw the show 20 years ago, it’s changed. If you’ve been in the last 10, seven or eight years — even five years — not much has changed. But we just put a brand new number into the show for the females in the second act,” he said.

In addition to the new routine, the effects have been modernized. Everything from the lighting to the staging to the new LED screen gives the beloved performance a facelift. Even the costumes have been updated, but as far as the storyline of the show, that remains the same.

“We did go to change the core (of the show) once or twice,” Moyles said. “The public killed us. They don’t like for the original thing to change too much. If we went to take out a number to put in a new one there would be people complaining that was their favorite number.”

And that’s true. Audiences the world over fell in love with the power and pizzazz of Riverdance — it would be almost unthinkable to change it.

For those who haven’t seen Riverdance before, they can expect the opening act to tell the story of Ireland — from myth to history — the tale of the land unfurls like a mystical play. The second act contains the journey, which follows Irish immigrants over the Atlantic to America. Interspersed with the Irish story is the flamenco set, the acrobatic Moscow ballet set, and the American tappers.

Moyles explained that each of those dance forms compliments Irish dance either rhythmically or athletically.

“You can see in ‘Trading Taps,’ the number between the tappers and the Irish guys, they can do the exact same rhythm only the way they do them looks so different,” Moyles said.

The dance battle between the two dance groups is one of the beloved highlights of the show. The tappers and steppers eventually work out their “differences” and become friends — but it is the interplay between the two, the finesse and skill of each dancer that makes this mash up enjoyable.

Looking back to the beginning, the roots of the show stem from the Eurovision Song Contest. Moyles explained it has been akin to the Super Bowl. Almost every country in Europe sends their best singers to compete.

In 1994, Ireland was the host country. Part of its role was to create a “half-time” performance, or the interval. Riverdance was created to fill the seven-minute spot.

“There was a song at the beginning of it and then it led into the dancing,” Moyles said. “It (the show) was based along the river Liffey, Dublin’s main river, they called it Riverdance.”

Although this is the 20-year anniversary of the show, there won’t be any specific nod to the achievement, due to the fact they would be committed to doing anniversaries every five years or so. The focus of Riverdance is to entertain and introduce the world to Irish culture, not necessarily glorify itself — and it continues to do just that.

From the humble beginning to the international smash hit, Riverdance has brought Irish culture to the world stage and inspired generations of Irish dancers, musicians and Celtic enthusiasts. Without Riverdance, would Irish culture have become as mainstream as it now is? Perhaps. Or perhaps not. Decide for yourself by seeing the show. Tickets start at $47 and can be purchased from the Mesa Arts Center by phone or online. Riverdance is here just for a week. Don’t miss it!