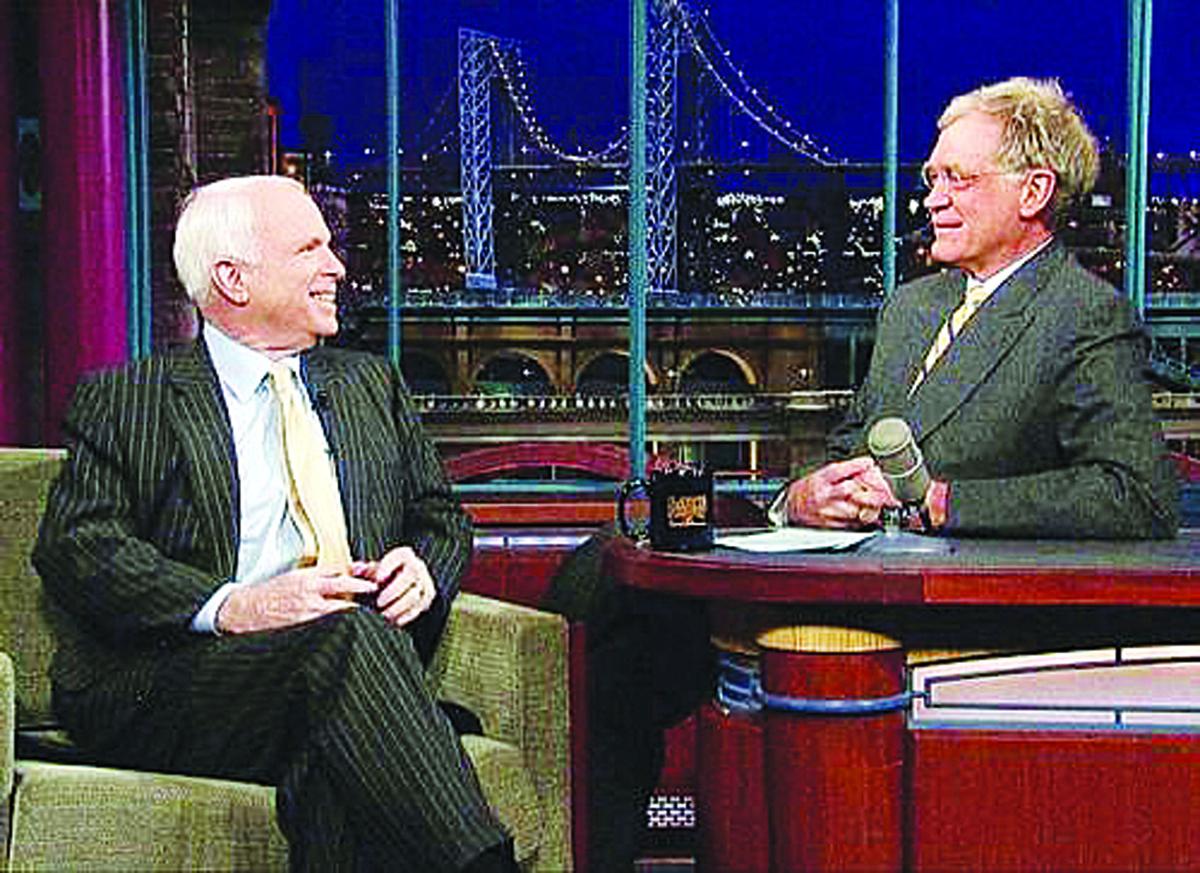 2015 marked the end of the David Letterman era on late night television. Letterman, shown during a 2007 appearance with Arizona Sen. John McCain, was a fixture on television for more than 30 years. 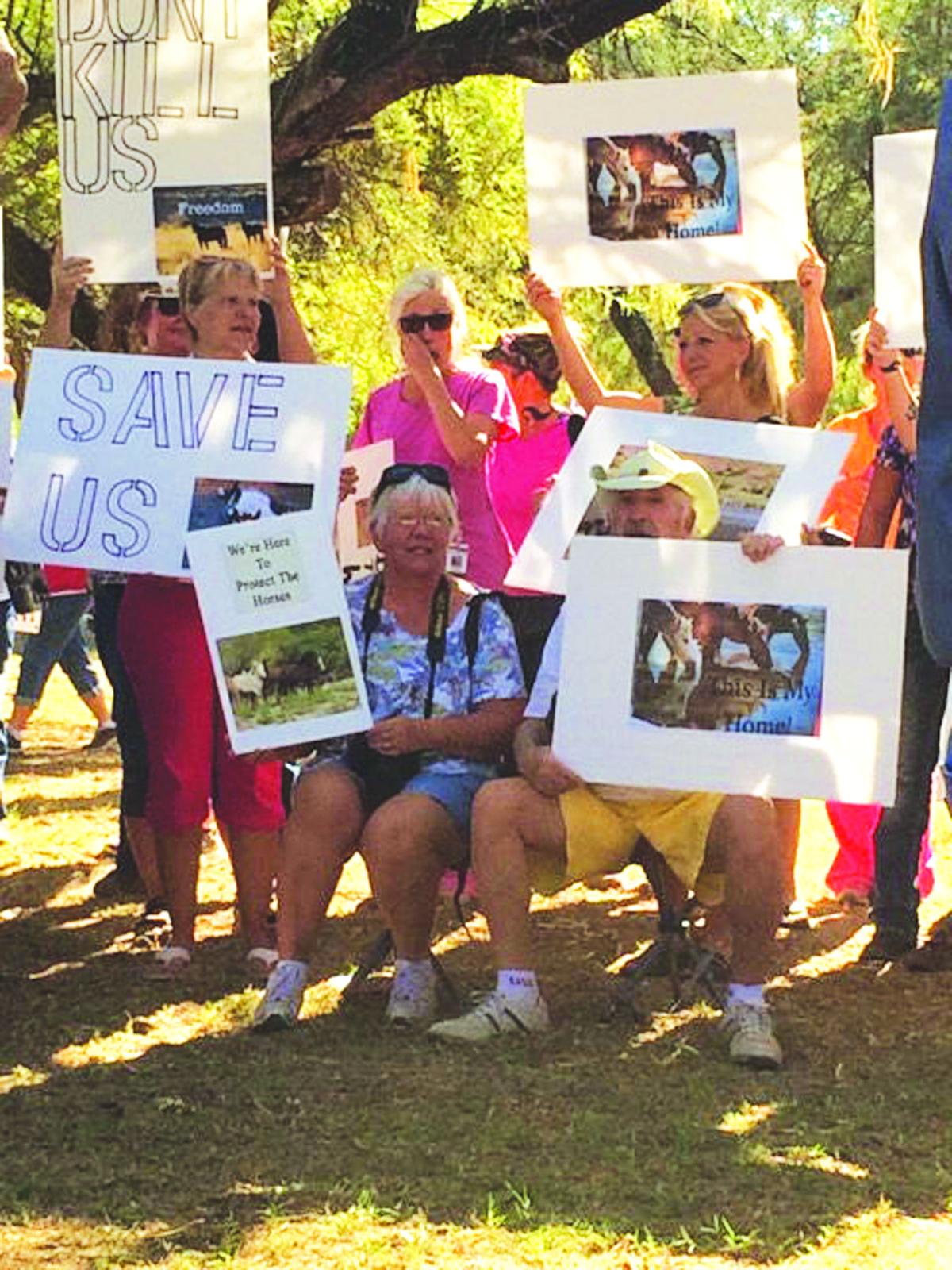 2015 was a year full of protests across the country, and Arizona and the East Valley got in on the act with a protest against the planned removal of the Salt River wild horses. The protest did work, as the plans to remove the horses was scrapped.

2015 marked the end of the David Letterman era on late night television. Letterman, shown during a 2007 appearance with Arizona Sen. John McCain, was a fixture on television for more than 30 years.

2015 was a year full of protests across the country, and Arizona and the East Valley got in on the act with a protest against the planned removal of the Salt River wild horses. The protest did work, as the plans to remove the horses was scrapped.

“It’s the end of the year as we know it, and I feel fine.” And 2015 was an interesting year that saw drones and hipster beards change popular culture. New political and social movements have opened discussions on race, immigration and terrorism. And the Cardinals have a bye week in the playoffs for the first time in franchise history. Now that’s an odd year.

I can see drones as a major player in 2016 and beyond. As for beards, though, it’s over. The minute you see an awkwardly frail guy in a beard wearing skinny jeans and a short-sleeved button-up shirt selling gum on TV, then you know it’s time to shave. They’ve invaded every aspect of marketing. Give advertisers a trend and they run it into the ground. Remember “Rappin’ Barbie?”

It really marks a “jumping of the shark” for trends when McDonald’s is trying to sell you a McRib with a hipster as their spokesman. Feel like a tool, hipsters?

I had to research some of the other big stories of 2015, you know, cause of my short-term memory. Let’s see, there was a big controversy over the color of a dress in an online picture. Trophy hunting became a target for animal rights, as a beloved lion in Africa was shot and killed by a dentist on vacation (RIP Cecil). World soccer was under investigation as the FIFA scandal broke out on bidding for future World Cups. We found water on Mars and ISIS online. However, we saved the best for last, a new Star Wars movie!

Hashtags became even more prevalent. #Jobs was the most used hashtag of the year. The most notable one was and still is #BlackLivesMatter. #CharlieHebdo, #PrayforParis, #ISIS, and #Quaran were also on the top 10 hashtags used in 2015. It was also a big year for sex; #lovewins was everywhere for the equal marriage law that passed earlier in the year.

50 Shades of Grey disappointed so many people. Caitlyn Jenner used to be Bruce Jenner, Bill Cosby has been accused of drugging and raping up to 50 women, and Jared from Subway is now rotting in a cell where he belongs. And The Duggars are finally off the air. I hope. (Nobody needs that many kids).

Television went through some historical changes, too. David Letterman stepped down after more than 30 years of late-night entertainment. I loved Stupid Human Tricks and anything he dropped from the top of a building onto the ground. Jon Stewart called it quits after hosting The Daily Show on Comedy Central for almost 16 years. That’s two late-night comedy institutions gone away.

The year also brought us closer to our news anchors. Remember Brian Williams on NBC? He was there. Even Bill O’Reilly had his run in with lies about certain historical events. Mass shootings, health care and environmental disasters continued to lead the way in headlines all year. We’re friends with Cuba again and marijuana is now legal in Washington, D.C., Oregon and Alaska.

Did I miss anything?

Now, on a personal level, 2015 was a year of learning patience. I was out of radio from September 2014 until June of 2015, never knowing if I would find myself back on the air. Fortunately, I found 99.1FM and a new home for Driving With Gass…Man. It was shortly after that when I connected with the GetOut magazine and started writing for the East Valley Tribune. I am truly humbled and honored to be able to write a weekly column about music and comedy, and share with you some of the best talents the greater city of Phoenix has to offer.

Now there’s one more item I’d like to add before we ring in the New Year and that’s positivity. Social media is a great tool for gaining new friends and business liaisons, however, it’s also full of people with negative attitudes. It’s a real bummer to come across a poorly written rant that’s full of hate or misguided emotions. What I’m suggesting to you is to clear that clutter away. Stop following people who post these types of comments. You don’t need it. Plus, you’ll be happier to not see so much negative space on your “wall.” Don’t let something you can’t control, control you. There’s a lot of madness in the world, try not to let it get you down. Focus on what you have going on and what you can control in front of you and take care of business. A new year means new possibilities for many. Take advantage of that and make something magical happen in your life.

• Kevin Gassman has been in Phoenix radio for more than 15 years. He routinely does stand-up comedy and can be heard weekday afternoons on 99.1FM All That Rocks! Follow him on facebook.com/kevingassman and on Twitter @radiogass. Email: withgass@gmail.com.