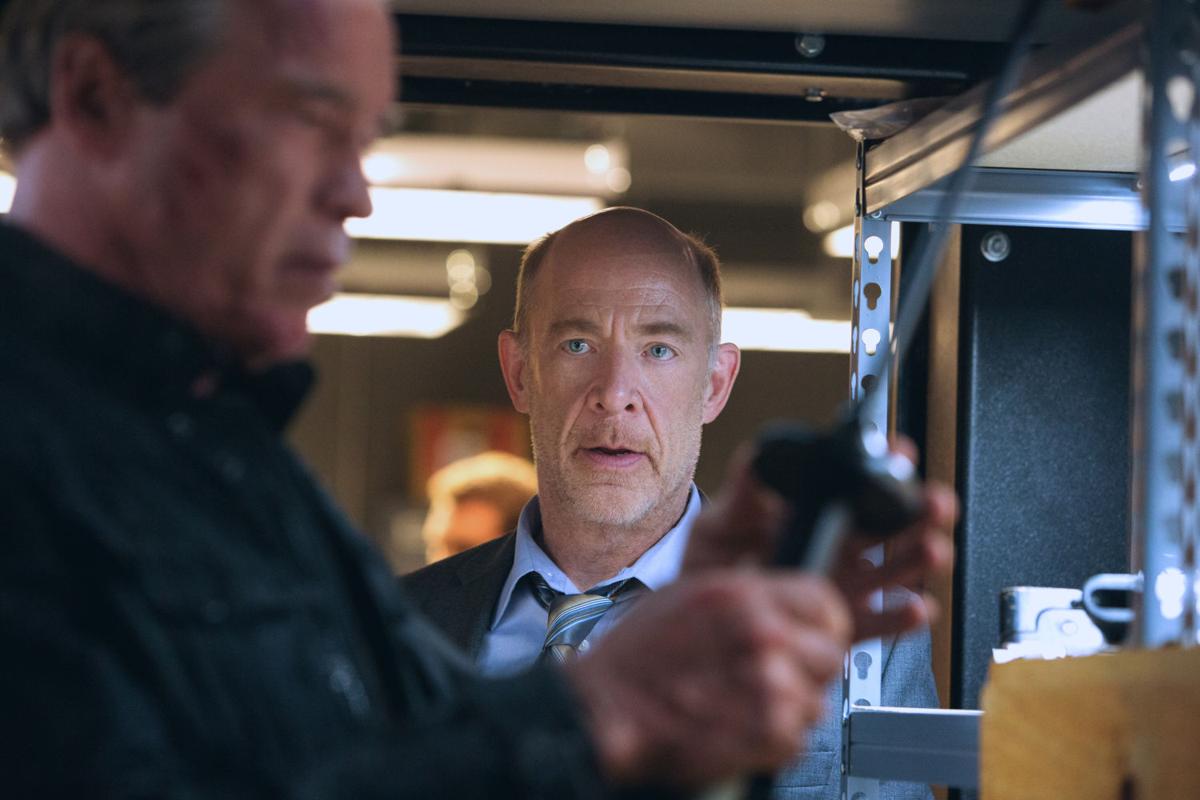 Arnold Schwarzenegger as the Terminator and J.K. Simmons as Detective O'Brien, in Terminator Genisys, from Paramount Pictures and Skydance Productions. 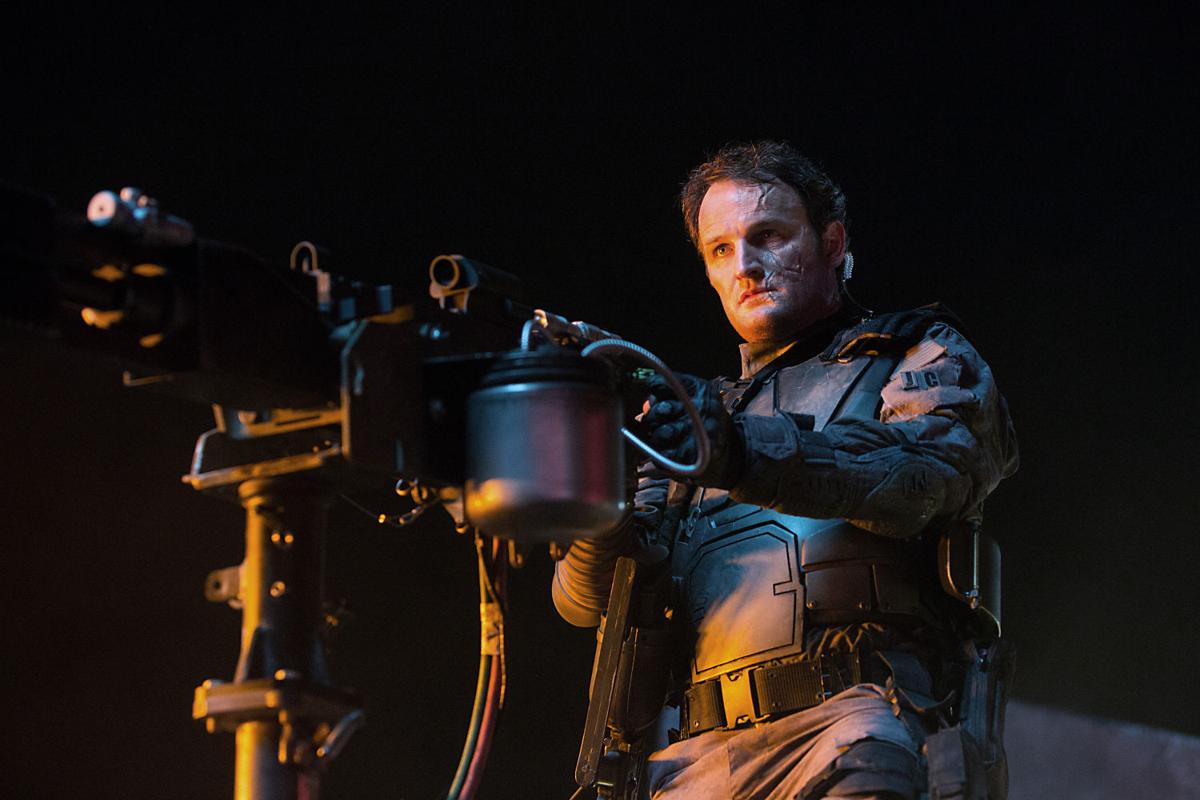 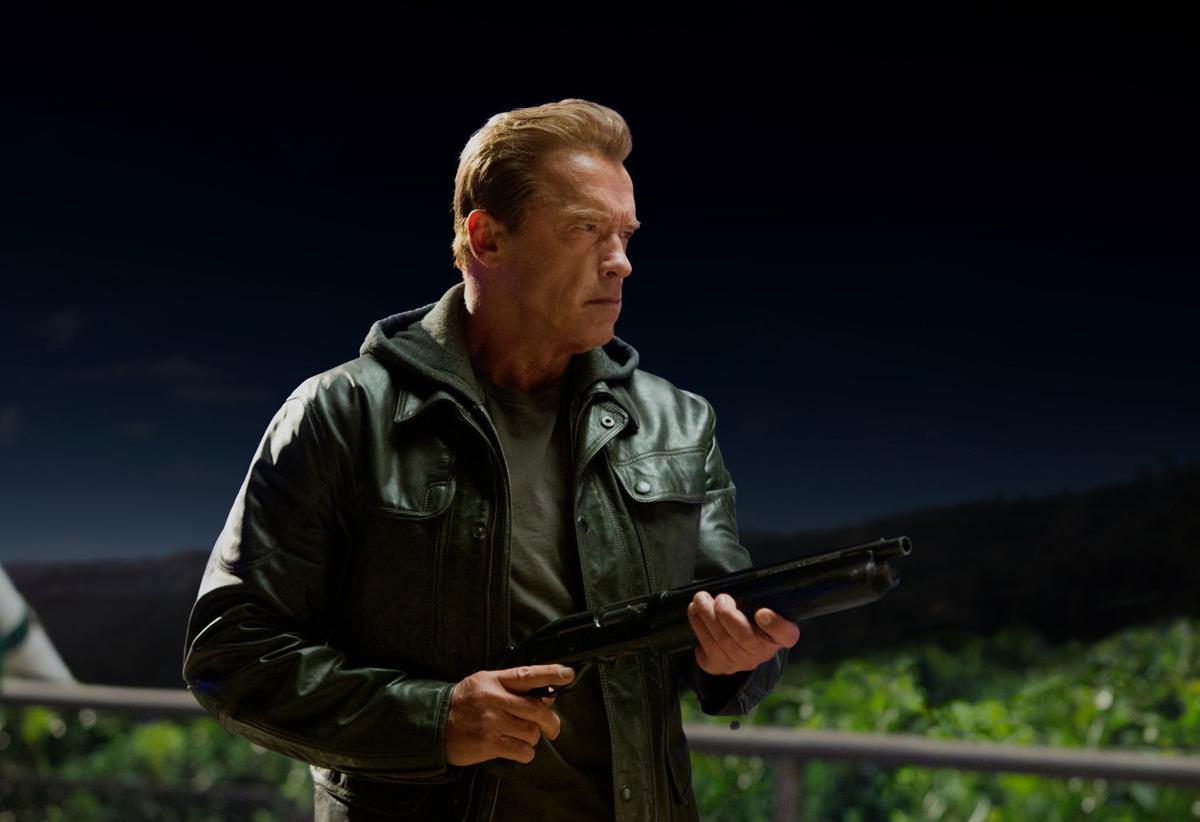 Arnold Schwarzenegger as the Terminator in Terminator Genisys, from Paramount Pictures and Skydance Productions.

Arnold Schwarzenegger as the Terminator and J.K. Simmons as Detective O'Brien, in Terminator Genisys, from Paramount Pictures and Skydance Productions.

Arnold Schwarzenegger as the Terminator in Terminator Genisys, from Paramount Pictures and Skydance Productions.

During its best scene, Terminator Genisys brings the entire franchise back to its comparatively humble roots that trace back 31 years now. It’s the closest the film comes to hinting at the underlying terror behind the whole Terminator premise — one I’ll dip into later — and it adds a little ferocity to a franchise that has plunged a little deeply into the Looney Tunes bin.

More moments like that would push the film up to the echelons of Terminator and Terminator 2: Judgment Day, but Terminator Genisys is at least a little better than the average summer action flick, and it will lead to innumerable arguments in the coming weeks.

The worst thing about discussing Terminator Genisys’ plot is the inability to avoid the big twist because the previews already revealed it. So to get it out of the way, the formerly heroic John Connor (Jason Clarke) becomes a Terminator hybrid after he is essentially infected by a cyborg virus courtesy of the embodiment of Skynet itself. This comes shortly after the human race’s victory over the machines, albeit a win hindered by the computer system’s last-ditch effort to send a Terminator, a T-800, back in time to kill Clarke’s mom. Clarke responds by sending soldier Kyle Reese (Jai Courtney) back to 1984 to save his mom from the Terminator.

That is where the story set in place by the original Terminator ends, as mother Connor (Emilia Clarke) is more than capable in this time line to defend herself from a T-800. More time traveling shenanigans have resulted in another Terminator, dubbed Pops (Arnold Schwarzenegger, back in action), going back even further in time to protect Emilia Clarke for about a decade before Courtney’s arrival. After dispatching the Terminator sent to kill Emilia Clarke in 1984, along with a T-1000 (Byung-hun Lee) sent to murder Courtney, the two humans travel ahead to 2017 to stop the mysterious Genisys program from evolving into Skynet and destroying the world. An even older Schwarzenegger meets them there, along with a metallic Jason Clarke, a cop who Emilia Clarke and Courtney saved back in 1984 (J.K. Simmons), and a rather angry computer system that will protect itself at all costs.

It takes about two hours to sort all of that out, or at least come as close as humanly possible. Trying to unravel the time-travel logic behind “Terminator Genisys” is not a task for the faint of heart or the annoyingly logical; so many holes exist that the film’s attempt to address and gloss over that point still doesn’t make sense. The original’s time traveling mechanics are complicated enough, although admittedly half the fun of the first three Terminator films comes in the form of countless arguments about the logistics.

If not knowing is half the fun, the spectacle of the film serves as the other half. As an action film, Terminator Genisys hits all the requisite notes with aplomb and good quality, mixing the necessary CGI alongside a few nifty and practical live-action stunts to form an engaging viewing experience. One notable technological problem stems from the attempt to make old Schwarzenegger look young again with some digital manipulation — it definitely doesn’t cross over the uncanny valley.

Terminator Genisys looks pretty good, but the circuitry below the exoskeleton is a little wonky. It hits the fatalism theme — the idea that Reese and the Connors are controlled by destiny — with too much force, eliminating a more honest ambiguous answer for a more certain and comfortable resolution. The film also never does quite enough to develop the Kyle Reese/Sarah Connor relationship, although some of the problem is a lack of romantic rapport between Emilia Clarke and Courtney. They kick ass together famously, but their relationship lacks sexual spark. Then again, it is nice to have Schwarzenegger back, and, while this is strange to type, the man performs his role as a human killing machine with nuance and a dash of longing.

And to complete the time jump from the opening graph, Terminator Genisys’ highlight is a simple scene in which Courtney has to face off against a T-800. He’s clearly out-matched by the relentless metallic beast with soulless red eyes and a driving urge to kill and a look of fear rends itself on Courtney’s face as the monster man gets closer and closer and the space between them diminishes.

The scene is a reminder that, yes, there was a time when the Terminators were totems of horror, I have to say it was nice to be scared of a Terminator again, if only for a moment.

• Eric Mungenast is a freelance film critic for GetOut.